If you’ve traveled to France, you’ve most likely transited through one of the Paris airports. The two biggest airports in France are Paris’s Charles de Gaulle and Orly, but they aren’t the only Paris airports. If you’re planning to visit the capital city or connect there, what’s the best airport in Paris? Here’s what you need to know about airports in Paris for a smooth start to your trip.

What you need to know about airports in Paris 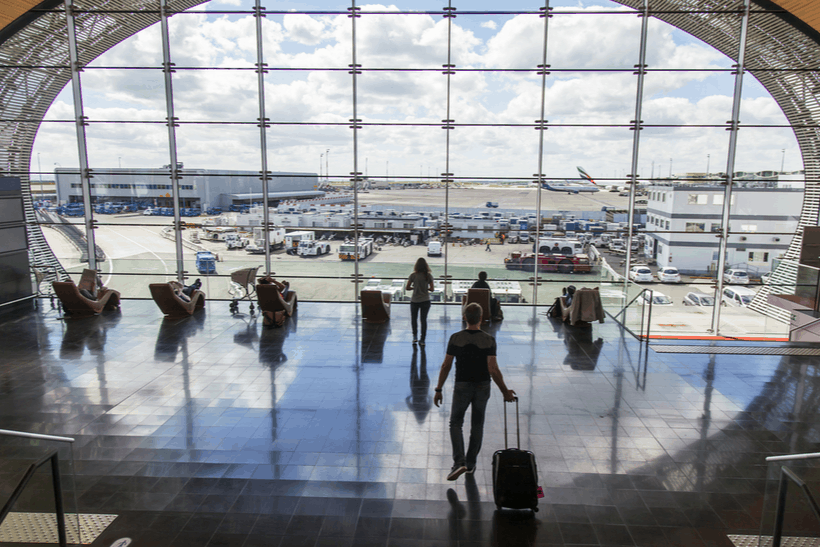 France’s capital is extremely well connected for global and domestic air travel. If you plan on visiting the center of Paris, there are a bunch of transport options that will get you there from the airport. Let’s start with some info about the two main airports in Paris as well as a smaller Paris airport that might make sense for your plans.

In addition to the three Paris airports below, there’s also Paris-Le Bourget Airport (LBG) that opened for commercial operations in 1919 and was Paris’s only airport up until Orly was built in 1932. These days Le Bourget is mostly used for private jets and corporate air travel and is sometimes referred to as the “Teterboro of Europe.” 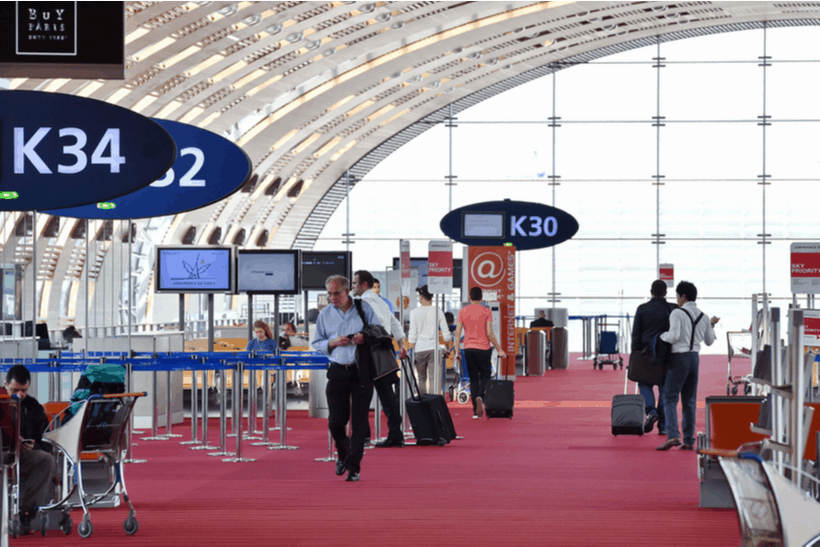 As a reasonably young airport, opening in the mid-’70s, the Paris Charles de Gaulle Airport (also called Roissy Airport) is the second busiest airport in Europe — after London Heathrow Airport — serving more than 79 million passengers annually. One of the best things about this airport is its location, as it is 16 miles from Paris’ city center making it incredibly accessible. It might be the best airport in Paris for this very reason.

Because of its size, leave yourself plenty of time to get to a connecting flight — that goes double if you’re a new traveler and/or your flight is in a different terminal. Extra time is also a plus so you can take advantage of the amazing duty-free shopping options in the CDG airport. From top international brands to Champagne and food and beauty items, there’s no shortage of quality souvenirs to bring back for yourself and loved ones.

The most efficient ways to travel from the Charles de Gaulle airport to Paris are:

-The Réseau Express Regional (RER) B train. It departs every 10-15 minutes from 4:45 a.m. until midnight from the designated stations within the airport’s three terminals. The B line train is the one you’ll want to catch to head straight to Paris’ bustling city center. Noteworthy stops are Gare du Nord, Châtelet, Les Halles, and Luxembourg. This 35-minute journey fro CDG to the Gare du Nord is totally affordable at 10 € each way. On your way to the airport, be sure to take the RER B that’s going to CDG and not Mitry.

Although, if you are staying for a few days after flying into one of the airports in Paris, you may wish to invest in a Paris Visite Card, which includes unlimited transport and attractions.

–Roissybus, a white and turquoise shuttle bus, takes passengers from the Paris Opéra area to the airport for 13.70 € each way. Its operating times vary throughout the day and the trip takes about an hour. More on Roissybus here.

–Taxis are also an option. You can expect to pay around €50-€70. However, if shared between a few people, it could be cheaper and more comfortable than public transport. Plus, you get taken directly to your hotel. Be aware of non-licensed taxis that operate illegally and will often charge tourists more than the official rate.

Airport facilities at the Charles de Gaulle Airport in Paris

Now that we know how to get to the Charles de Gaulle Airport, let’s take a closer look at what services and facilities Paris´ largest airport has to offer.

Every terminal has a selection of eateries and stores, including duty-free, designer outlets, fast food chains and sit-down restaurants, so you won’t go hungry. However, there is a special restaurant here, which if you have time you should eat at. It is I love Paris by Guy Martin, a three-star Michelin chef. It provides passengers with a final touch of French luxury and cuisine, at Hall L in terminal 2E. In 2016, it was voted the best in-airport restaurant in the world at The Airport Food & Beverage Conference & Awards.

Other useful airport facilities include:

ChargeBox, a safe and secure locker that charges electronic devices, while you shop, eat or simply sit and read. They are available for free 24/7 and can be located close to all boarding lounges.

TIP: Put your device on airplane mode to charger it quicker!

Pharmacies (Terminal 1, 2 and 2E), and a health care service in Terminal 2F, on the arrivals level by gate 17. It is open 24/7, so whenever you arrive at the airport and require aid it is available.

Hygiene distributors are on hand at every airport bathroom. They stock first aid equipment, travel comforts like earplugs, as well as other necessities such as hair brushes, deodorant, and feminine hygiene products.

If you have a particularly early or late flight you may wish to spend the night in a hotel close to the airport. Here are the closest hotels to each terminal to help save you time and a few extra winks of sleep:

The Charles de Gaulle airport recently experienced a win for the environment. Plans to build a new terminal, costing a whopping 9 € billion, were scrapped as the French government realized the implications related to global warming. Instead, they are looking into renewable resources to power transportation at the airport to reduce CO2 emissions. 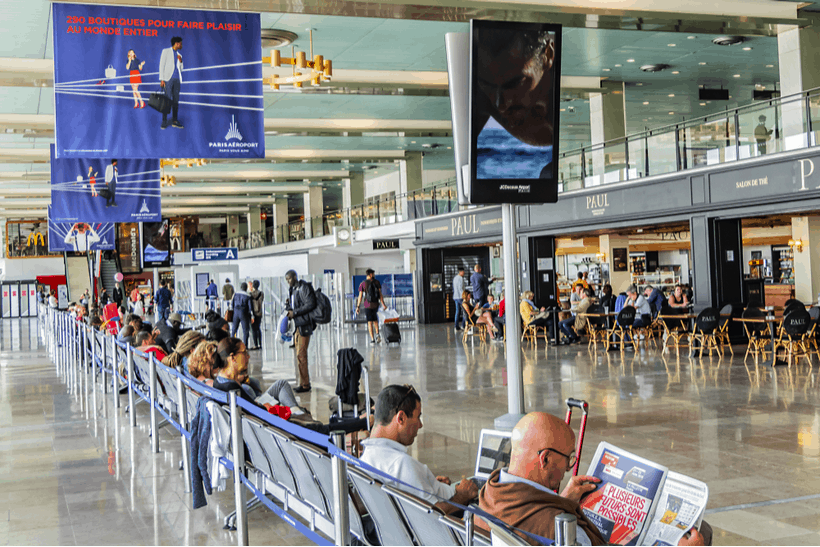 The second International airport in Paris is the Orly Airport, which is about 8 miles southeast of the capital. While the airport is smaller, seeing 31 million passenger a year with a majority of them flying domestically or around Europe, it doesn’t skimp on the facilities or services available.

Like the Charles de Gaulle Airport, it has all the stores and restaurants you’ll possibly need. But the special eatery here is Vivanda Burger. It makes spectacular gourmet burgers by Michelin star chef Akrame Benallal.

Orly Airport also has a post office, perfect for sending those last-minute postcards home and any gifts that you can’t quite fit into your suitcase. Airports in Paris have you covered!

Getting from Orly Airport to Paris:

Reaching the city center of Paris is quick and simple. Here are your choices:

-RER Train: The RER B and RER C provide frequent transportation from the airport to multiple stops around the city of Paris. In fact, the RER B line connects to the Paris Metro, making your access to the city even broader. Your journey time by train will take 25-35 minutes. If you take the RER B, go to the Antony stop and switch to the OrlyVal to go to the airport. From the RER C, at Pont de Rungis get the Shuttle C.

Note: If you have several pieces of bulky luggage, be prepared to lug it up and down stairs and through turnstiles.

-Taxi: A 20-minute taxi ride can take you to Paris city center for approximately 40 €.

Both airports above offer free Wi-Fi. But for a stress-free time, purchase a Wi-Fi Stronger plan on the Wi-Fi Loyalty Program for 9.90 €. With this package you’ll have 24 hours of internet access, free from advertising, for five devices. Plus, it is 10 times faster than the free Wi-Fi. If you are staying in the airport for more than two hours or need to work while you wait, this will upgrade your Paris airport experience.

Download the Paris Aéroport official app, which ¨provides essential information in real time,¨, including arrival and departure delays. It is free via Google Play and the App Store. 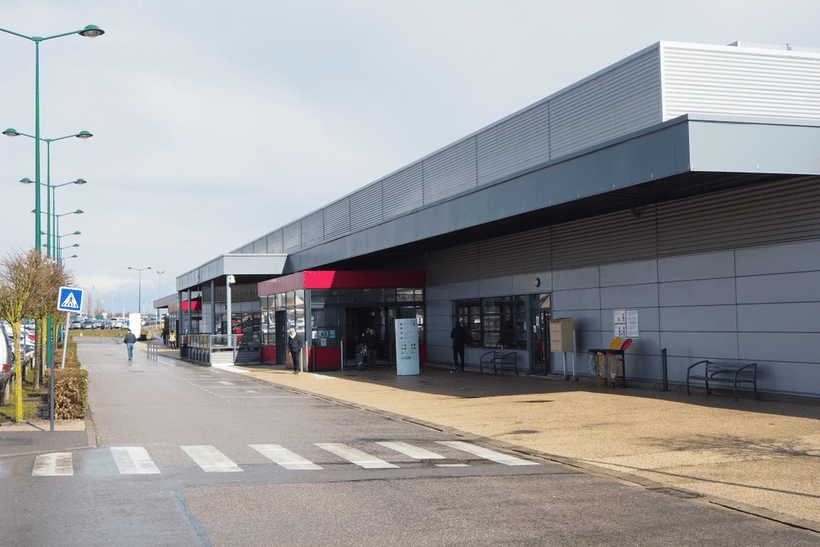 About 55 miles north of Paris in the Oise department is the Beauvais Aiport, officially called the Beauvais–Tillé Airport. Popular with low-cost airlines such as Ryanair and Volotea for travel around Europe and servicing 60 destinations total, Beauvais is another option if you like getting a deal and have the time to get to and from Beauvais. Tom and I flew to Croatia from Beauvais years ago and it was a hassle-free experience.

The airport has all the practical services you’d expect, including a multi-currency ATM, airline counters, baggage services, on-site parking and car rental, baby-changing facilities, and more.

How to get to Beauvais Airport to Paris city center (and vice versa):

–Airport shuttle. The official shuttle is 15.90 € for a one-way ticket, valid for one year, and is from the Pershing bus park located at Porte Maillot in downtown Paris, which is nearby RER (line C) and the metro (line 1). The nonstop trip takes about 1 hour 15 minutes and is the most direct and economical option.

-Train. Another affordable option to get from Paris to Beauvais Airport at about 15 € one way is to travel to the Beauvais SNCF train station from Gare du Nord in Paris, which is accessible via the regional express trained called the TER. After the 1 hour 15 minute ride, then take a taxi to the airport, which is an additional 20 € or so.

–Taxi. It’s about a 60- to 90-minute drive depending on traffic and taking a taxi is the most comfortable way to travel to Beauvais, especially if you have bulky luggage. But it’s also the most expensive. A one-way ride will run you about 200 € or a little more depending on the time of day and your pickup point.

Be aware that if your flight is either very early or late, you may have trouble getting a taxi from Beauvais Airport to wherever you need to go and public transport doesn’t run 24 hours a day.

-**TOP PICK** Within walking distance of departure terminals is the Ibis Budget Beauvais Aéroport. It’s a popular, affordable hotel chain with a 24-hour reception desk and air conditioned rooms. Their breakfast buffet opens at 5 a.m. Just an airport shuttle away is the slightly more hip Ibis Styles hotel which was recently renovated and also provides a comfortable stay.

Have you flown into one of the Paris airports or do you have any plans in the future? Hope my airports in Paris guide was helpful! 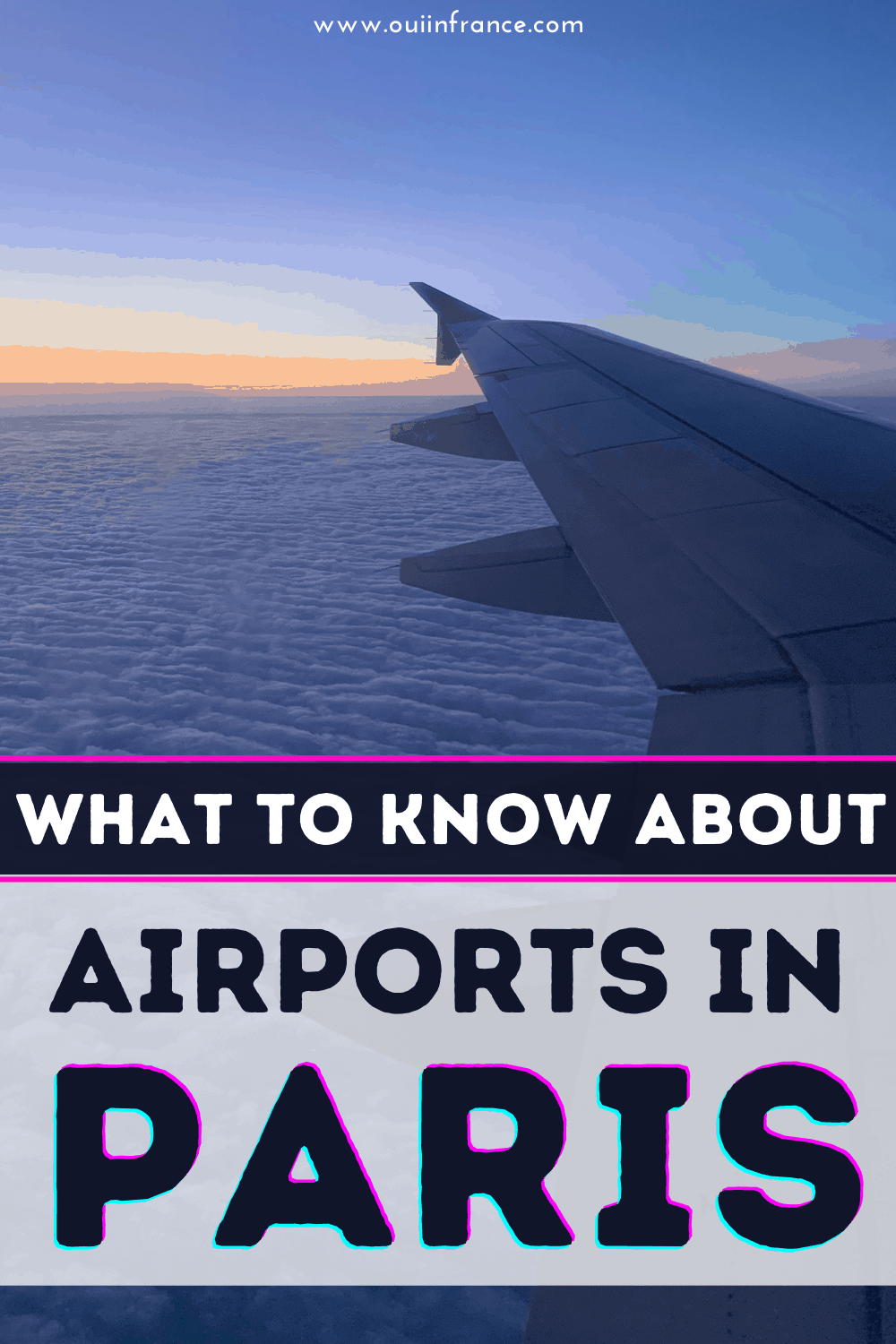 What’s it like traveling from France to the USA right now?

Best hotel in Paris with a view of the Eiffel Tower? 8 Photo-worthy picks!