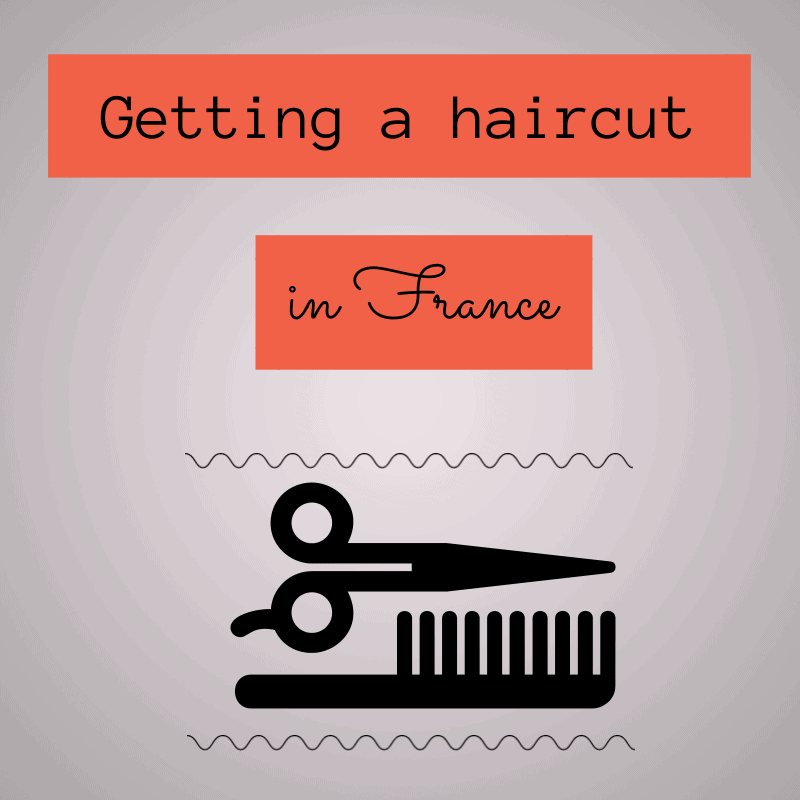 Whether you move across the state or across an ocean, finding a new hair salon and stylist can be a daunting process for anyone — and that goes double if you’ve been traumatized by a bad cut. Add in cultural differences and a new language to contend with and you might just forgo that little trim you’re supposed to get every couple of months.

So what’s it like getting a haircut in France? Read on for my guide!

Getting a haircut in France

I’ve gotten a haircut in France a whopping four times. Ever. I’d put it off until I was back in the U.S. and always found excuses not to go. And that is why my hair was long enough to jump rope with — up until last week. After getting one terrible cut too many, I decided to try a little harder at finding a salon that knows what to do with my hair. Of course bad experiences can happen anywhere but a burned scalp and a bad, uneven cut just seem that much worse when you’re in a new country. But folks, I’ve lived to tell and have found someone I trust. Phew.

Let me enlighten you on a few things how to get a haircut in France.

Salons in France are as plentiful as boulangeries. Walk down the street in any reasonably-sized city and you’ll have more than enough choices. From chain salons to privately owned salons, you can find something to fit every budget, so shop around before you decide on one.

This is how to ask for a haircut in French. Just call or walk in and say, “Je voudrais prendre rendez-vous pour une coupe s’il vous plait.”

When you have your head back in the sink and the stylist nonchalantly asks you if you’d like the soin (sounds a little like “swan” in English but without the “n”), say no unless you want an extra 10-20 euros tacked on to your bill. The soin is one of the sneakiest French hairdressing terms you should listen for. The stylist is asking if you want a conditioner which seems like a no brainer (how can you comb through only shampooed hair without it being a mess?). I said yes the first time I got a haircut in France thinking it was some fancy thing and really it’s a regular conditioner. But this is an add-on service and is NOT included in the price of the cut. Your hair will be fine without the conditioner if you don’t want to pay more.

Like anywhere and with anything, and especially when getting a haircut in France, I believe you get what you pay for. That’s not to say that it’s impossible to get a good haircut for 20 euros or that a 200 euro cut will be the most amazing thing either. But I think around the 40-70 euro range is about normal for a decent haircut at a reputable salon with stylists that know what they’re doing. 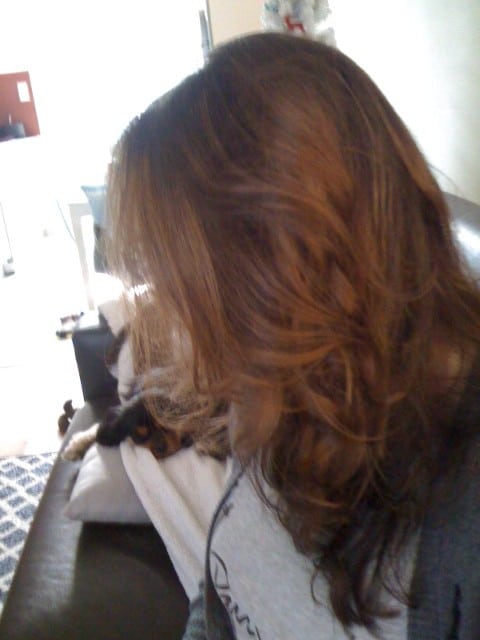 My new cut and style after about 8 inches were taken off!

What not to do:

Do NOT leave a tip at the end. Do you tip hairdressers in France? NO! Tipping, like at restaurants, is not the norm in France. If you really like your cut, you can leave a few euros if it’s convenient, a 50 euro bill for a 47 euro cut is fine. Or just pay the 47. It’s not cheap to NOT leave a tip — it’s what you’re supposed to do! Note: If you leave a 20% tip the first time you see a new stylist, you’ll most likely feel obligated to do that every time you see him or her, so just know from the get go that it’s not necessary or expected. Really. If you love your haircut and really, really want to leave a tip, feel free to leave a couple of euros but keep in mind it’ll be seen as unusual.

Do NOT just tell the stylist to do whatever s/he wants. This is a surefire way to have a disastrous result when getting a haircut in France. Yes, really experienced stylists can sometimes read your mind and they know what will look best so maybe you’ll luck out. But it always pays to look up a few words in the dictionary ahead of time and pull up a few pics of the cut and style you’d like on your iPhone before the appointment. Communication never hurt anyone. And who knows, maybe your stylist had that in mind anyway.

And because it’s France and all, my new stylist Jean-Michel who is also the owner of the salon told me it was totally alright to bring Dagny. So I did, and she curled up on her blanket at my feet. Gotta love France 😉 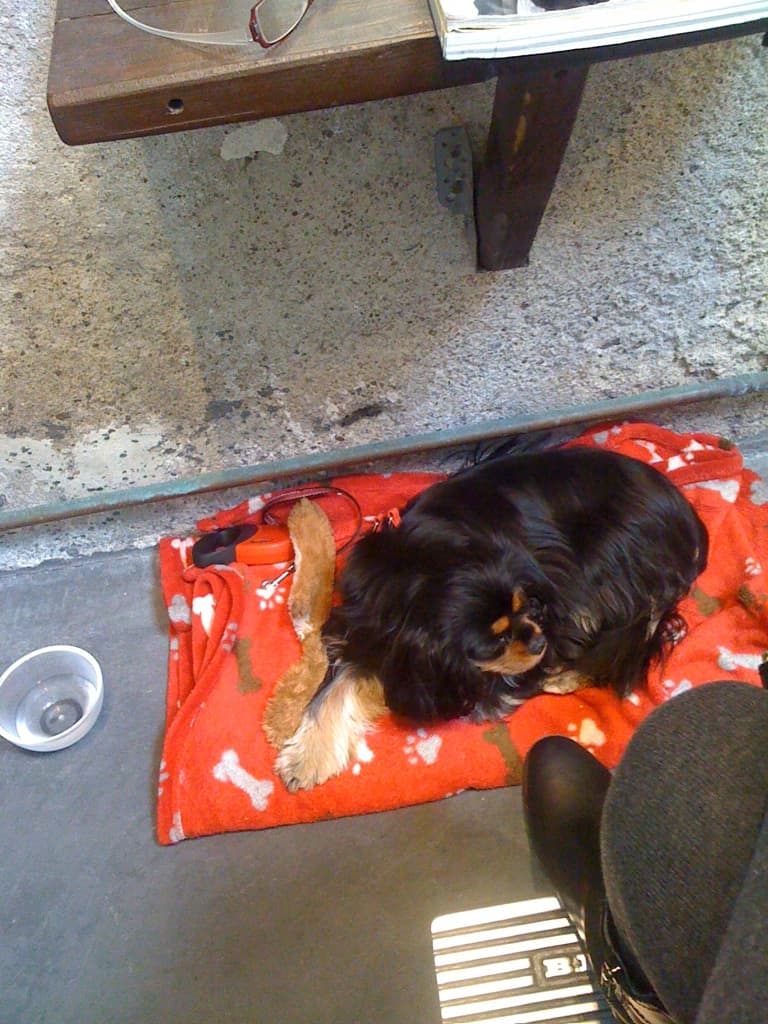 Hope that helped you learn more about how to get a haircut in France.

Have you gotten your hair cut in France before? Tell me about it in the comments! 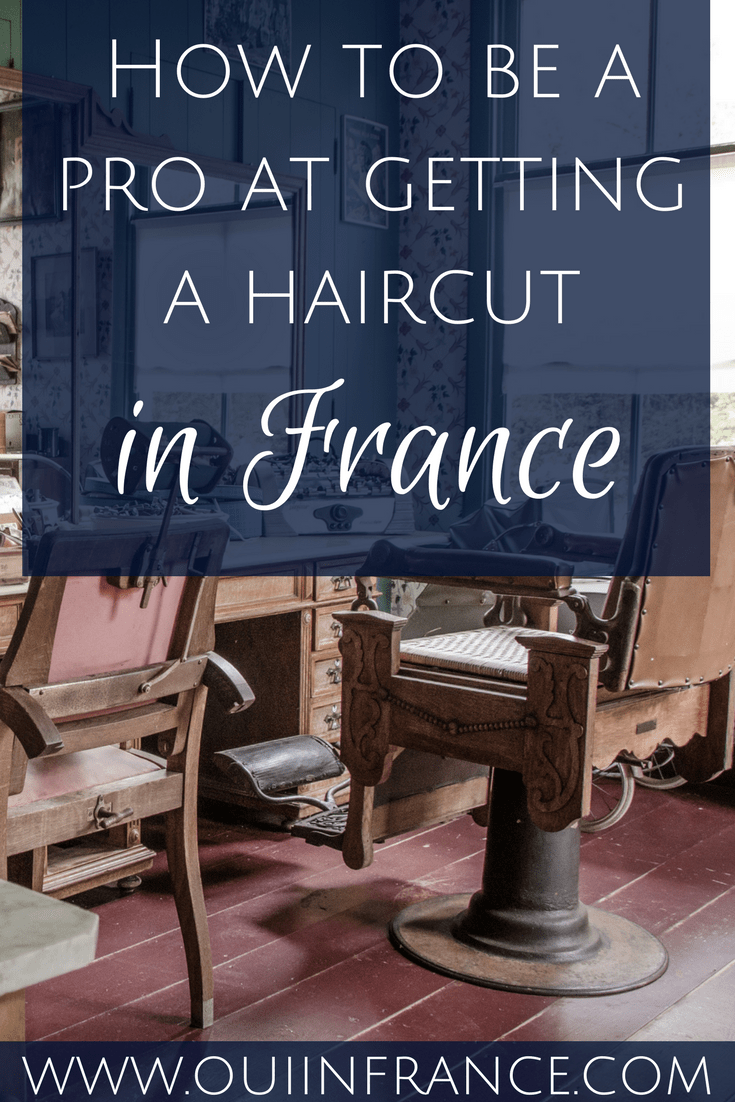 Do you tip in France? MUST-KNOW facts about tipping in France from someone who lives there

« To get involved or not get involved
February pics of the month: Valentine’s Day treats »