Let’s talk about tipping in France. 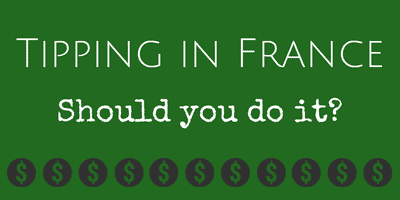 As a tourist in France, it’s not always easy to navigate the cultural norms of what to do and not to do. Today we’re talking about tipping in France and it’s not the same as in the USA. Whenever we head to the U.S. on vacation, the American tipping culture becomes apparent from the moment we step off the plane. Taxi drivers, waiters, bellhops and more all get their share and it’s something normal for me since I grew up there, but not for Tom, since tipping in France is very different. Do you tip at restaurants in France? Do you tip in Paris and in general? And if so, how much? 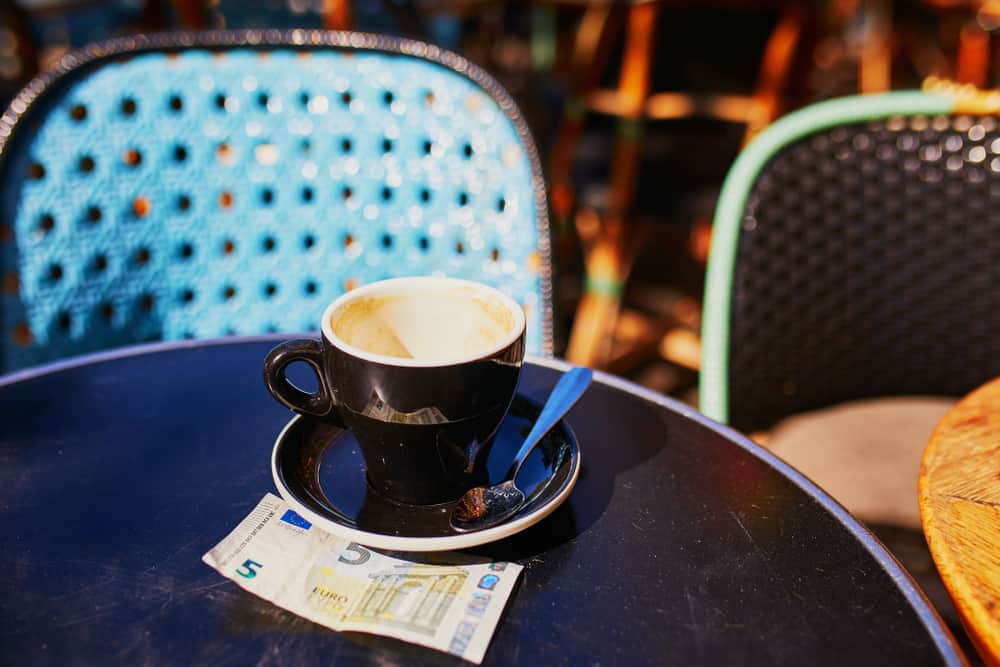 When friends and family come to visit, they always ask about tipping in France. For Americans, who have grown up with tipping pretty much anyone who lends a hand/provides a service, it can feel weird to NOT leave a little something when out to eat, at the salon, etc. Tipping isn’t optional in the US and is seen as the norm, so what is tipping in Paris like?

Generally speaking, do you tip in France? Not exactly. But hold on, it’s not that simple.

If you’re going to France on vacation and want to know about France tipping, how much to tip in France, and when you should tip in France, here’s what you need to know.

First, let’s take into consideration that in the U.S. waiters and many others in service professions depend on tips to earn a livable wage. Servers are paid next to nothing in the U.S. and bust their butts to be friendly and attentive. And why not? If they want a good tip, providing an excellent experience for the customer is key to earning a living. After having lived in France for a while now, the service at US restaurants almost seems over the top!

In France, waiters are paid a livable wage and do not depend on tips, nor do they go out of their way to give customers the same service we’ve come to expect in the USA. That’s not to say they won’t provide good service. It’s just that they’re not trying to serve you a certain way in the hopes of earning a big tip.

Generally, French waiters aren’t going to tell you their name and check on you multiple times throughout the meal and keep refilling your water. They do their job appropriately — what’s normal for French culture — and get paid for it. It’s not a well-paid job or one that will make someone rich, but it’s a job and waiters have a work contract and are compensated via salary. You can leave a small tip as a gesture of appreciation for great service. More on that below. 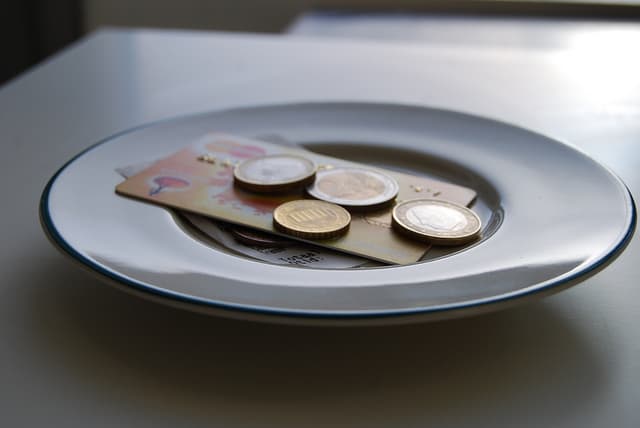 Do you tip in Paris restaurants or anywhere in France? The short answer is no. Well, not to the extent that you would in the USA anyway. But it’s completely at your discretion. Keep in mind that the service and tax are both included in the price you see on the menu (indicated by the words service compris, and it’s 15%). I repeat, the tip is already included. Keep that in mind when you’re considering tipping in France.

If you leave additional money on the table, you’re going above and beyond. Leaving a few euros for a particularly great meal/great service is always appreciated but never expected. If you decide to tip, just leave the coins in the plastic tray with the receipt on the table.

It’s perfectly fine to round a bill up if you had good service like leaving 40 if the bill was 37. You can go a little higher at a particularly fancy restaurant where you had a wonderful meal. But it would be unusual to leave a 20%, USA style tip at a mediocre casual restaurant, so don’t do that unless you really feel compelled for some reason.

Tourists in France often don’t know the tipping rules in France and end up leaving an “American-style tip” much to the servers’ delight. But French people would rarely, if ever, leave a 20% tip. If you’re looking to fit in while you’re in France, remember that a tip in France is never compulsory and definitely not 15%+!

For a simple coffee or drinks at a cafe, feel free to round the bill up to the nearest euro. So a bill of 4.20 can be rounded up to 5. French people do round up for coffee and drinks and this is part of France tipping culture, so feel free to do the same for a small check at a casual place like a cafe.

On the other hand, don’t feel like you’re a cheapskate if you only pay the total on your bill. At a casual restaurant, many French people pay the bill by walking up to the register, paying with their card, and that’s it. Waiters don’t generally bring the bill unless you ask, and if it’s busy, it’s easier to just get up and walk to the register to pay.

After doing so, French people don’t run back to the table to leave cash or add a gratuity to their card. In most restaurants (outside of touristy areas), there’s no line item on the credit card receipt to add a tip.

Do you tip in Paris? Servers in Paris are more accustomed to receiving tips from foreign tourists who don’t know the tipping in France norms, but again, that doesn’t mean it’s something you should do.

If your bill is an even 40 euros and you only have 40 on you, it’s fine. Really, whereas it would be seen as stiffing the waiter in the USA. As a foreigner, not tipping in France may feel weird, so always do what you’re comfortable with, but as I mentioned, many French people don’t leave much of a tip beyond a couple of euros for a delicious meal.

This stands in sharp contrast to the tipping culture in the US. In the US, even if service was sub-par, if you were served an edible meal, it’s customary to leave 20% for the server. In France, 20% would be quite unusual unless you were at a really nice restaurant and someone went way above and beyond. A few euros extra is already generous.

Tipping at a restaurant in France is NOT expected at all and many French people never leave anything and that’s totally OK. Your call. You’re not stiffing the waiter if you only pay the amount on the receipt.

Another exception would be at a high-end restaurant or a place that went above and beyond for you and your party. Maybe they made special accommodations for you last minute or went out of their way to accommodate a food allergy. Again, the tip is at your discretion.

Tom’s note: When paying by card, many times you just get up and walk to the register to pay because it might be a little bit of a wait to have the waiter come to you, especially if it’s busy. You may see a tip bowl or jar there up at the front and you can leave a few coins to be shared among the waitstaff. At the chain La Boucherie, they have a tip bowl in a shape of a cow if I remember correctly, and when a customer pays his check and puts coins in the cow, it’s a big deal. The waiter rings a bell and all the waiters in the room say out loud, “Personnel ! MERCI !”

So keep an eye out for a tip bowl if you’d like to leave a few coins on the way out. That type of tipping in France is quite common. 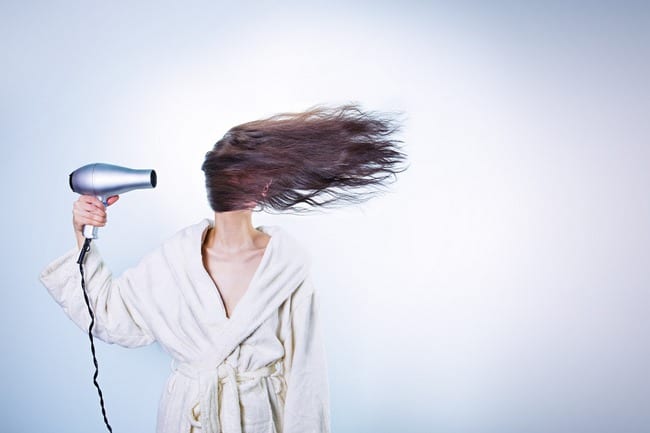 Do you tip in France… for a haircut?

When getting a haircut, again, it’s customary to just pay for the cost of the service. There’s no need to leave anything additional unless you are particularly pleased with the service. A few euros is fine. I left a tip the first time I got my haircut in France and the stylist was very surprised. Appreciative but surprised. Almost shocked. It’s definitely not the norm to leave a tip for a haircut (definitely not 15-20%). Remember, stylists do not depend on tips to live.

*** Also, watch out for setting a precedent with service providers you see regularly. If you leave a tip the first time you see a new hair stylist, he/she is going to expect it every time. ***

Do you tip in France… the appliance delivery people?

No tip necessary. But if you had a particularly bulky item and they were extra helpful, a few euros is a generous gesture if you feel like it.

Tipping in France… for takeout delivery?

No tip necessary. But if you had a complicated order or they’re on a scooter and it’s pouring rain, rounding up to the nearest euro or leaving an extra euro or two will make their night. Again, it’s not expected.

So that’s my opinion about tipping in France and do you tip in Paris, but if you want to know more, let me know and I’ll get the scoop from Tom (if you’re new around these parts, Tom is my French husband who has his own column on my blog called Ask Tom Tuesdays where he answers your questions).

So to recap: France does not have a tip-centric culture to the same extent that we do in the US. You’ll find French people tipping less often and a much lesser amount. The French are paid a livable wage, so leaving a hefty tip in most cases is not necessary at all. It’s completely at your discretion. I

f you do leave a tip when out to eat at a regular restaurant or to say thanks for a job well done, a few euros is a generous gesture and a 20% tip would be unusual. Of course it would be accepted, though. Use your best judgment and do what feels right for you and the situation.

So French readers out there, what’s your take on tipping in France?? Curious to hear your thoughts. Do you tip in France?

PIN THE TIPPING IN FRANCE PHOTO: 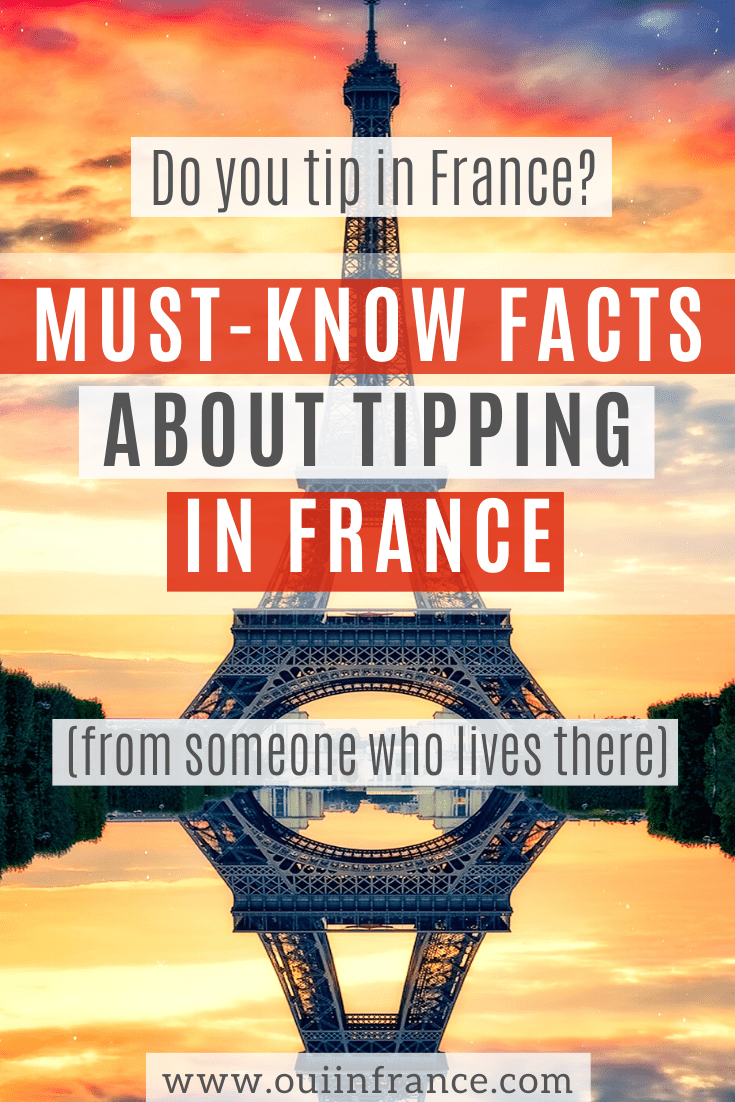 How to be a pro at getting a haircut in France

You know you’re a tourist in France when…

« Haunted photos: Did I really take a picture of a ghost in France?
Show up like you’re already where you want to be »