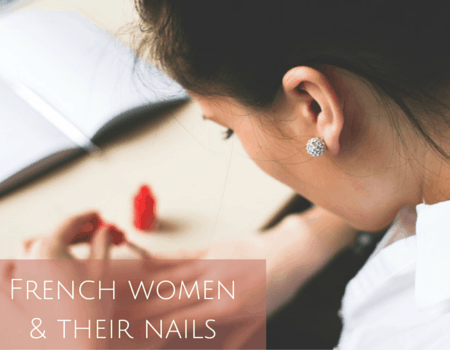 French women don’t get their nails done. OK, that’s not entirely true. Nail salons exist but nowhere near the number of salons you’d find in a comparable US suburb. In my town, there are only 7 nail salons — most are small, expensive and very basic in their service offerings. But when you count the number of hair salons? There are 100+. It’s easy to see where the French spend their money and it’s not on nails in France. So why don’t French women get their nails done? And what are French girl nails like?

Anyone who’s spent any time in the US will notice that nail salons are as commonplace as drugstores and gas stations. They’re everywhere, and stopping in for a lunchtime mani/pedi was not out of the question on my lunch break when I worked in New York City. Sometimes for $25 total, you could get a quick polish change on your fingers and toes and walk out feeling like a million bucks. But then I moved to France and realized that nail salons are few and far between. And the ones that I did find were crazy expensive!

So what’s up with French women nails?

You’d think that French women would delight in an hour of nail pampering but as it turns out, the nail salons I walk past are often empty. A woman that I go to from time to time who is Vietnamese and actually spent a few years in San Francisco told me that aside from a summer pedicure and at Christmas (and wedding parties), frequent trips to get your nails done just aren’t a thing here. I’m sure many French women get their nails done regularly but it’s certainly not the norm. But that’s OK because it means I never have a problem getting an appointment for my nails in France. 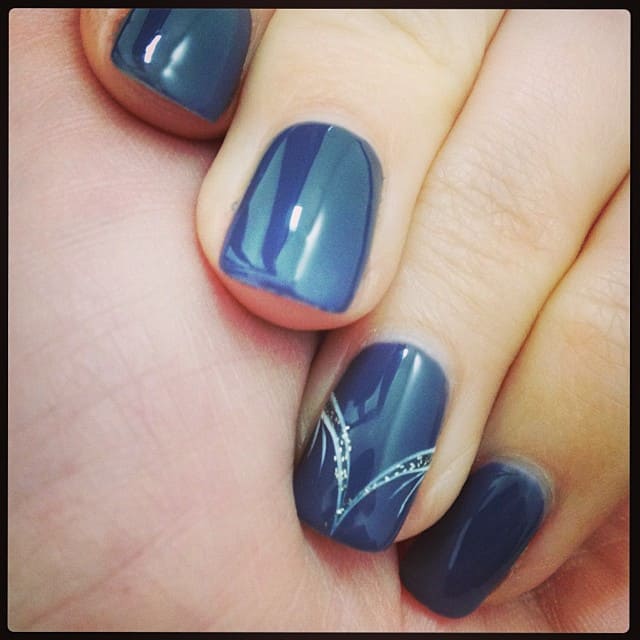 I like all kinds of nail colors and designs but tend to gravitate toward deep blue, purple and gray. I like a little minimalist nail art too. I get gel over my natural nails so it lasts for 3 weeks. The woman who does my nails said that French women aren’t as adventurous as Americans with their nails and tend to stick to beige and pinks. Are French girl nails always traditional? No, but overall they’re less trendy than nails in North America. Do French women paint their nails? Yes, of course.

But bottom line is that the French love looking stylish and take pride in their hair and appearance. When it comes to nails, though, it seems that French women would rather put their money elsewhere or paint their nails themselves. I get it. Especially since nail services are expensive here. But there’s something to be said for treating yourself to a perfectly shiny manicure. I just feel complete with freshly painted nails.

Do you get your nails done in France? What are Parisian nail trends like in your opinion?

« Healthy snack brands you need to try
Get baking: My favorite holiday recipes from around the web »