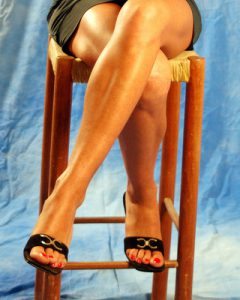 Aside from French people being slim and rude, another myth floating around about French people, well women, is that they don’t shave! Hairy armpits and legs are everywhere, right? Wrong.

So do French women shave?

Do French women shafe? Read on for my thoughts on this French myth of the month!

Let me start off with a little anecdote from when I lived in New York City. I was at a popular midtown nail salon on afternoon getting a pedicure when a woman came in, sat down and started to roll her pants up for a pedicure next to me. What I saw made me do a double take although I seemed to be the only one who was kind of surprised at the sight of her hairy legs. This was not the type of leg hair that was awaiting a fresh wax, but long, unkempt, never tended to leg hair like a man’s.

There’s nothing wrong with this but it’s not a common sight.

The nail tech just did her job like it was nothing. Now, if I had been a foreigner just visiting New York on vacation and getting a pedicure next to this woman, I might be inclined to think that Americans don’t shave their legs. Major generalization, yes, but that’s how these things start….

So if we’re talking about Americans, in general, we shave. Hairy armpits and legs aren’t the norm for the majority of American women… or the French! 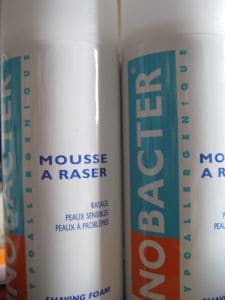 It seems to have originated in the 1940s when GIs were stationed in France just after WW2. Although times certainly have changed, the stereotype is still there and people still ask me if French women shave. You don’t have to look far to find instances of this French women not shaving stereotype (or the one that says the French are rude).

Maybe not every single French woman, but overall, yes, yes, yes. French girls shave! As for the “are French women hairy” question, guess that depends on the woman.

I’m sure there are French women who choose not to remove body hair (all over the world) for whatever reason, but I assure you that shaving is all and well in France just like it is in the US. In fact, waxing is actually a bigger deal here than shaving is and salons all over advertise their waxing specials year round. It’s actually quite affordable and if you can put up with a little pain, it’s the way to go and so very French.

But you’ll also see a wide variety of shaving cream, razors, and depilatory creams in French supermarkets all for hair removal. Laser hair removal in France is also somewhat common.

So shaving, as with a lot of things, just boils down to personal preference and is just as common in France as it is in the USA.