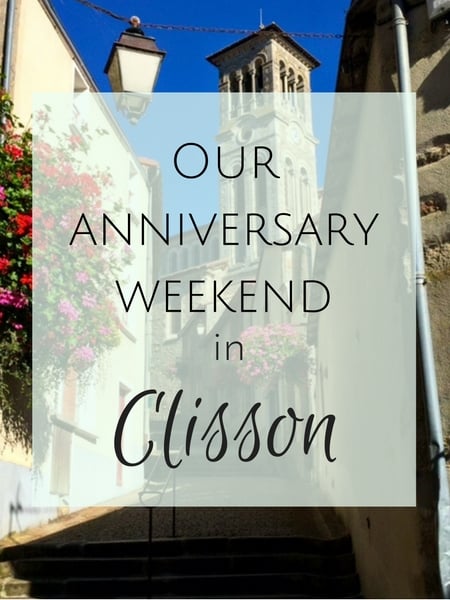 Cobblestone streets, a castle, fresh flowers and people out and about enjoying themselves. Are these some of the things that come to mind when you picture a traditional French town? The small town of Clisson in the Loire-Atlantique is one that comes to mind for me, and Tom, Dagny and I booked a hotel last Saturday night as home base while we explored the town on our anniversary weekend. 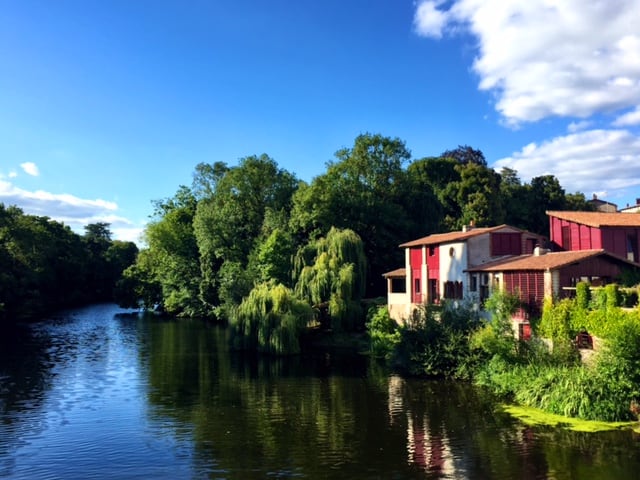 With a population of around 7,000 people, Clisson is a short drive from Nantes and not too far from where we live. The cute little town is situated right where the Sèvre Nantaise and the Moine rivers meet and the water is part of its beautiful charm. You can rent a kayak or canoe as well and take in the sights from the water. 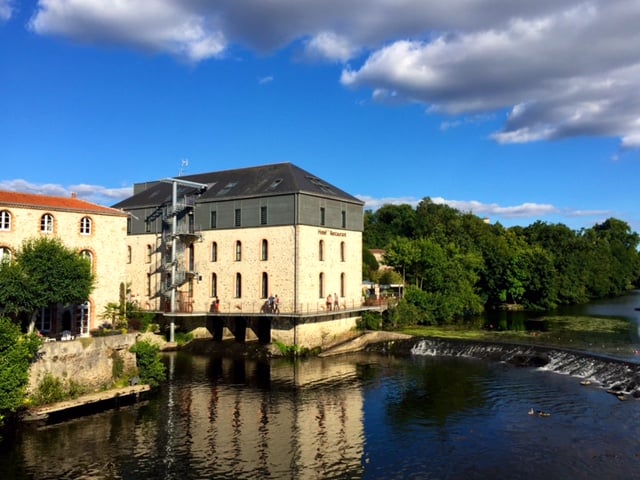 I had been to Clisson three times before just for an afternoon and the last time was earlier this summer. During that trip, I noticed a nice hotel with a fancy restaurant that overlooked the water and asked Tom if maybe he’d want to go back for our anniversary. He’s pretty easy going and said yes… after seeing the little sparkle in my eye. I’m a sucker for French towns like this. 😉

We booked a room at Villa Saint Antoine — part of the Best Western network — and aside from the hotel being affordable and in the historic center, we lucked out with beautiful mild weather and the fact that they accept dogs for a nominal fee. We spent Saturday afternoon exploring the town center and the nearby parks. Clisson makes it easy to enjoy nature with a large network of walking paths and hikes in the vicinity.

The France I love >> 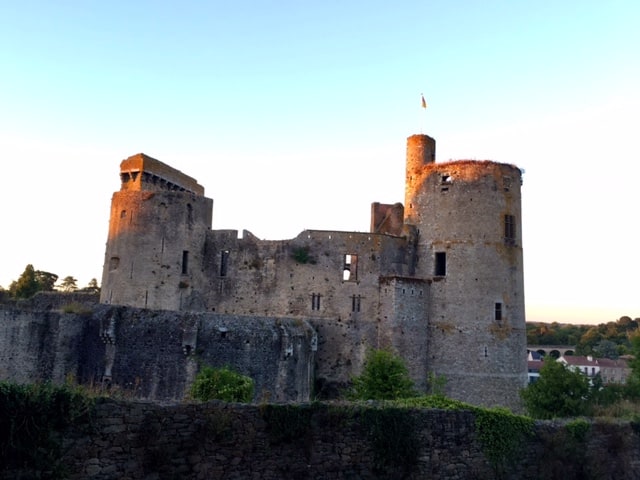 So first, let me tell you about that castle.

France and castles go hand in hand and that one above, the Chateau de Clisson, was destroyed in 1792 and 1793 during the War in the Vendée, along with the entire town. That’s just not something you’d see in the USA and even though I’ve been here 4.5 years now, castles never get old. Rebuilt in the early 19th century, the Clisson castle overlooks the river and is a standout of the small town. There’s also a music festival called Hellfest that puts Clisson on the map and has been an annual event since 2006.

It was so refreshing to see people out and about living life. Maybe some were tourists but others were definitely locals, greeting others with la bise when passing in the street. At 7:30 a.m. on Sunday morning, Dagny and I headed out to find the only boulangerie that was open. We were the only ones out taking advantage of the fresh morning air. 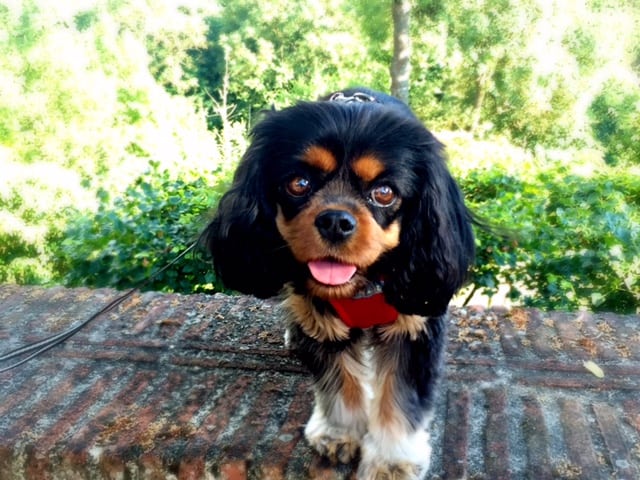 Clisson is also smack dab in the middle of wine country, and Muscadet, a dry, light-bodied white wine, is one of my favorites. The soil is comprised of gravel and rolled cobbles with roots that go deep into the terroir. Clisson wines tend to have long growing times of 24 months minimum to fully develop. I assure you the wines are well worth the wait and come with prictags that can’t be beat — many Muscadets can be had for under US$10 per bottle.

There was something about the Villa Saint Antoine that drew me to it. Maybe it was the view, the restaurant or the fact that they accept doggie guests! Whatever it was, we had a great stay and dined at the restaurant on the property Saturday night. The 43-room hotel used to be a flax mill and has been completely renovated into the 3-star hotel it is today. There’s also a heated pool on site as well as a beautiful terrace perfect for apero. We chose to dine outside since the weather was mild. More on that below.

Spacious and modern, the hotel gets a big thumbs up from me. 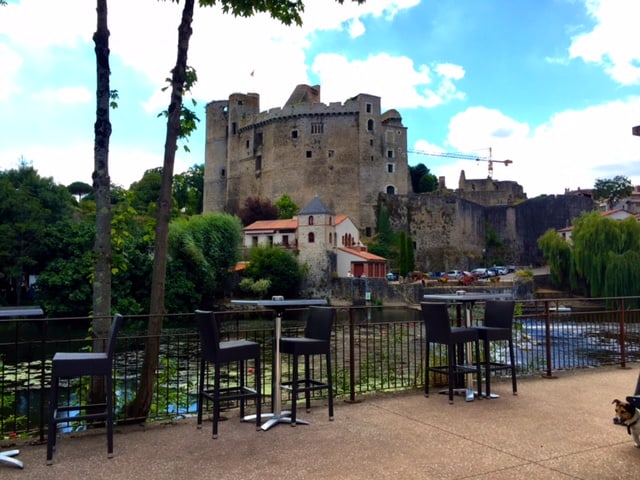 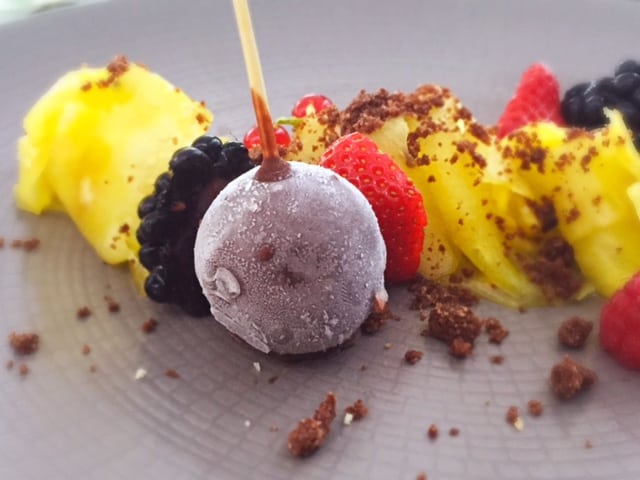 Dagny is very well behaved but is a little obsessed with food, so we made sure to walk her a ton all over town before dinner so she’d be too zonked out to act like a fool. Luckily this worked and 15 kilometers later, she rested under the table (for the most part) while we ate dinner.

Christophe Vasseur is the chef behind the seasonal menu and his focus is on creating a contemporary and refined cuisine. Service was prompt and prices were reasonable. We started with an eggplant cannelloni appetizer that featured goat cheese and pear and then I had fish and Tom chose duck. The closeup photo above is of my dessert, a pineapple carpaccio with mint which was super refreshing with perfectly meshed flavors. 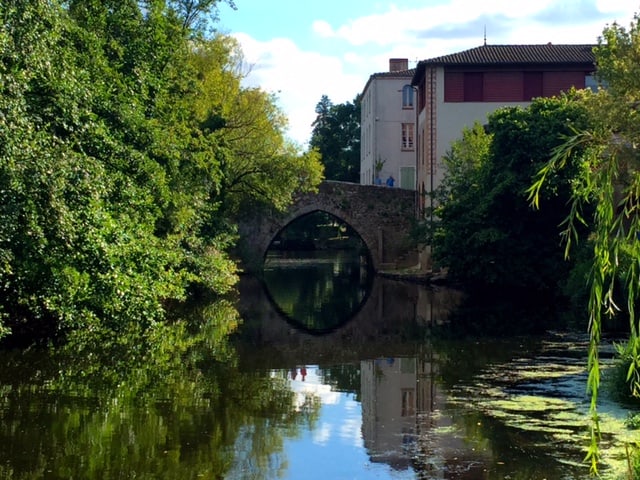 If you find yourself in western France near Nantes, make a stop in Clisson. It’s worth a visit! (and happy 5th, Tom! xoxo always)

Have you ever been to Clisson? Does it look like your kind of place?

Our weekend up near Vannes

A weekend in Pornic in the Loire-Atlantique

« How to pronounce French wines so you sound like an expert (AUDIO)
Do French women shave? Myth or fact? »