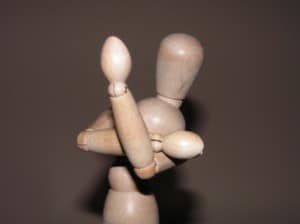 Welcome to July’s myth of the month!

Everyone has heard the stereotype that the French are rude. Snobby. Too proud. Critical. Yeah, all that. Maybe you’ve even experienced it for yourself. But is this myth of the month baseless or not? I’m taking a look at this one a bit closer after the jump.

Are French people rude? Read on!

Ahhh, the French. The wine lovers, the cheese connoisseurs and the most fashionable and RUDE among us. If there’s one stereotype about the French that everyone’s heard, it’s that the French are rude. With a capital “R.” French people really do get a bad rap for being rude, but in my experience, I can’t say I’ve come across any particularly rude French people. No more than you’d find in New York City, that is… 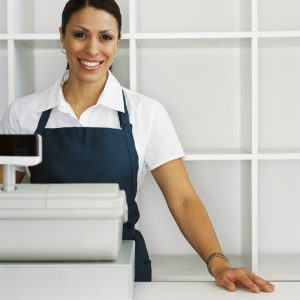 I want you to think about the following scenario: Imagine you’re a cashier at a store in the U.S. and a customer approaches you. They do not greet you at all and begin speaking in a language you do not know and expect you to help them. What would you feel like? You think, “Why is this person speaking in another language and just expecting me to understand? This is AMERICA!” Or imagine getting interrupted on your lunch break in Times Square (this happened all the time to me) just to point tourists in the right direction. Of course, they tap you on the shoulder and ask in English, but imagine if they just started speaking in their native non-English tongue? Would you understand? Probably not. And you’d probably be a bit put off by it.

Well, that’s what happens all the time in Paris when tourists (native English speakers as well as other folks who just happen to know English and not French) approach salespeople or ask for directions. I’ve seen it all over — at bakeries, little shops, tourist attractions, etc. There’s no attempt to say bonjour or merci and the offending person just launches into whatever they want to say in English.

Maybe the salesperson does know English, but it’s not a given. And surely shouldn’t be assumed.

There are a few things wrong with approaching someone this way:

1) It gives off the vibe that you think you’re the center of the universe. Well, pal, you’re not. Coming to another country and automatically speaking English is what’s rude. The assumption that everyone else should cater to you is the rudest thing ever.

2) You look like you have no common sense and are too culturally unaware to even be traveling. You do realize you’re in France, right?

3) By starting off in English, you’re making the assumption that the person speaks English. Last time I checked, English wasn’t an official language of France, so assuming that the person you’re trying to talk to speaks English is a tad presumptuous. Maybe they do but start with a friendly bonjour if you want to start the conversation off on the right foot.

When you think someone is being rude, ask yourself how you’re contributing to the situation. Be as self-aware as possible and see if what you’re giving off warrants any type of rudeness. No, no one should ever be rude in a perfect world, but believe me, if a random person walked up to me speaking a foreign language in my own country, I can’t say I’d provide service with a smile.

Now of course I get that many tourists don’t speak French or at least not well enough to interact, but whatever you do know, say it. Saying bonjour is the most important thing you can do when starting a conversation. Make the effort. And if you do end up speaking English, a “sorry” goes a long way.

Also, here’s something else to keep in mind. Social norms are different in France, especially understanding the public vs. private sphere. French people may not be overly chatty and ask personal questions because they are respecting your privacy. This is a cultural misunderstanding and can come off as rude or cold to Americans who are more open with strangers and small talk.

In addition, the French aren’t super smiley people. Americans love to smile and do so when we’re nervous, when we want something and as second-nature when asking for someone’s help. But the French? Not so much. Does this mean the French are rude because of it? Nope. It’s just a different culture.

They do (as with anywhere). Just ask yourself if you’re contributing to the situation at all. Are you being loud, ethnocentric and rude yourself? Of course not, right? 😉

And yes, the French are proud — of their culture and their language. Don’t misinterpret that for rudeness. Respect these things and they’re more likely to do the same. And if you do come across a rude Frenchman, turn on your American charm, flash a smile and make sure your attitude is better than his. Set an example for others and maybe they’ll follow suit. Everyone has a bad day now and again.

Be humble. Be culturally aware. And whatever you do, don’t be that loud American on the street… you’ll like find the answer to “are the French rude.” No more than anyone else!