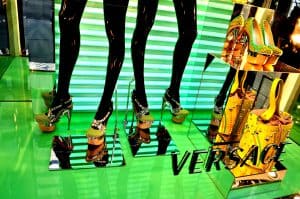 It’s Myth of the month time!

This month, we’re discussing fashion. In the land of Louboutins, Louis Vuitton and other big names, it’s easy to assume that French women have this impeccable style that is seen everywhere all over France, right? Are French women style mavens?

French women are stereotyped as being thin, rude and of course fashionable, but does this French women style myth have any clout? My answer is yes and no.

I’ve talked about how to look French because I’m often asked about French style and if French women deserve being known as some of the best dressed women in the world. Do French women live up to the high standards we see in glossy magazines? 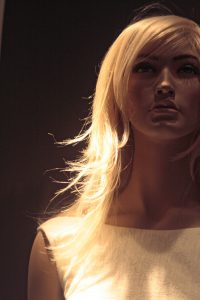 As a whole, I will say that French women know how to accessorize and make their look appear effortless. There’s a je ne sais quoi to the French style that you can’t quite put your finger on, but it absolutely works. From hair styles to accessories to even their choice of shoes, the French style is unmistakable. But this is just a generalization. Maybe we see what we want to see. When people watching, it’s easy to focus your attention on the women who are dressed to the nines, while the non-fashionistas pass on by.

As an American, I’ve kind of internalized the fact that French women are supposed to be stylish, so does that predispose me to only seeing the stylish women?

Of course, in Paris you’ll see tons of fashionable women (French and other nationalities) dressed to impress like you would in any global city. We could say the same after taking an afternoon stroll down Fifth Avenue in New York City. And maybe these fashionistas are the tourists, dressing themselves to conform to their ideas about French style!

And what about those who don’t care about style one way or the other? There’s this little word in French that describes a lot of the folks I see on an average Saturday out shopping where we live. The word is paysan and it means a farmer, someone who works the field. But you can use it in the pejorative sense as well which would be similar to red neck. It refers to people from the country who aren’t super refined. I could do a whole post on paysan style but that’s for another post (would anyone actually read that?).
Where I live, it’s not a super rich area and many French women dress for function over fashion. There’s nothing wrong with that and it makes me feel a whole heck of a lot better when I brave the crisp fall mornings in my haute dog walking gear: an old North Face fleece, sweat pants and old Uggs. Awesome. I know.

And when I go to Paris? I wear nice boots and “smarter” clothes. I’m sure many French women (and women in general) are chameleons as well depending on what the occasion calls for. And there’s nothing wrong with that.

So are all French women style experts?

I guess it depends on what you choose to see and who your friends are.

Myth of the month: The French are rude!

On changing style and how to dress French (or not)