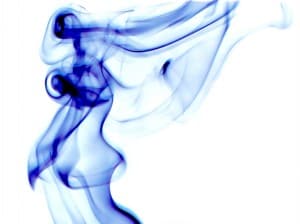 The first time I visited France, something really stood out to me. Yes, the gorgeous pastries and architecture of course, but that’s not what I’m talking about here. What really struck me as odd, and a marked difference between the US and France, was the fact that everyone seemed to smoke cigarettes. Was it a coincidence? Was I just noticing the smokers? Surely French people know better, right?

So why do French people smoke so much? Let’s find out more!

My husband smokes. I hate it. I hate the smell, I hate how it looks, I hate the cost, and most of all, I hate what it’s silently doing to his health with every puff. Not a single one of my friends or family members at home in the US smokes and I guess I got used to that.

But in France, I don’t go a day without feeling bad about someone’s smoking habit — usually a complete stranger. Like kids on the street waiting at the bus stop just chain smoking until the bus comes. Why do French people smoke so much?

Call me crazy, but kids, COME ON! You have your whole life ahead of you, so just quit now! It just breaks my heart to see teenagers smoking like chimneys. I know it’s not easy to quit, but my favorite saying is “Nothing worth doing is ever easy!” People do what they want, though, and I can’t save the world. Anyway…

Myths about the French healthcare system you should stop believing >> 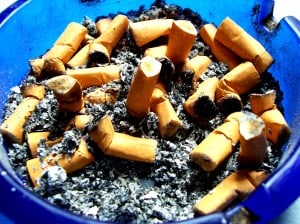 This is just my perception, but it seems that in the US, people know that smoking can do serious damage and therefore don’t smoke as much. In France, it almost seems cool and accepted. But plenty of Americans do smoke; I’m not denying that. I just feel like Americans are less likely to accept it from friends and family. In France, they know that smoking kills. It’s all over the cigarette cartons.

Yet still, why do French people smoke so much? The question remains

First, let’s get the facts.

So first some facts about smoking (from the CDC):

Do all French people smoke?

Facts about smoking in France:

While 30 percent is still a huge figure, it’s nowhere near “all.” It is about 10 percent higher than the rate in the US, though.

My point of view is this: Why take the risk when it’s something that’s 100 percent within your control?

There are so many things we cannot control in life, so why pay to shorten your life expectancy and open yourself up to all kinds of diseases? Not worth it. 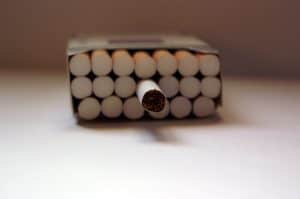 So why do French people smoke so much? I’m putting it out there… what do you think? They just assume they’ll quit later? That cancer won’t find them? That it’s not really that bad? Do they not want to quit? I don’t think it’s because of lack of education. Maybe French people smoke because they like it. To each his (or her) own. End of story.

« What’s so special about twins anyway?
Things I hate about living in France »