French banking is very different from what I was used to in the USA. It’s less flexible, less convenient, and more expensive, for starters. For these reasons, I didn’t even open a French bank account for my first four years in France. But eventually it became a necessity. When you move to a new country, you have to adapt to the new culture and do your best to do like the natives do. So now I do my best on that front, but let’s dive into these French banking system norms and what to expect when banking in France.

The French banking system & best bank in France for expats 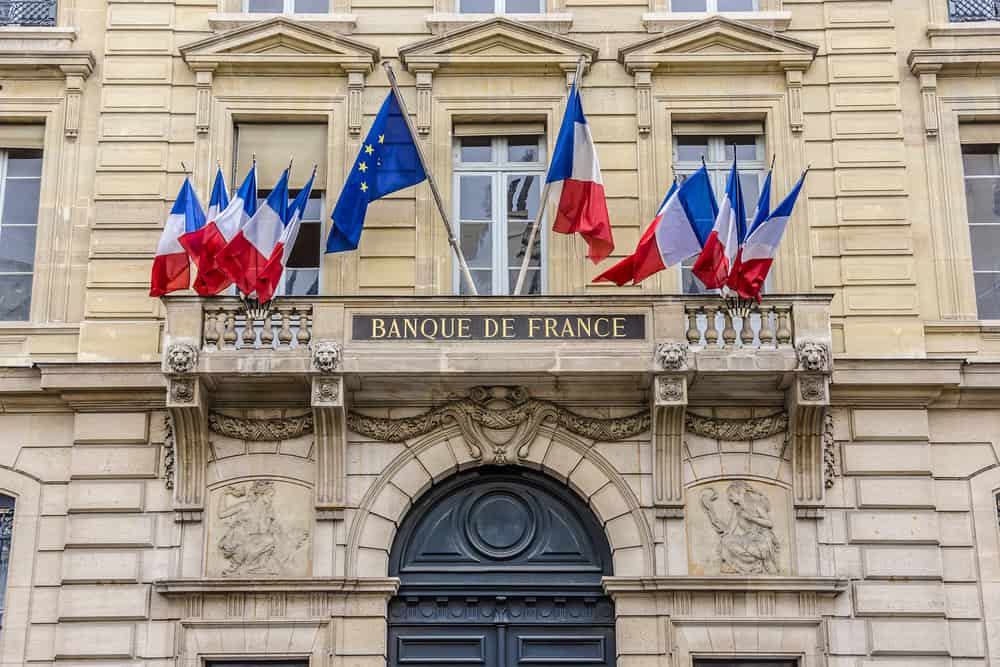 In France, there are 266 banks operating nationwide. These are the most popular retail banks in France and they all offer similar services and have branches throughout the country. What is the best bank in France for expats? That’s highly subjective and individual branches are run differently, so it’s hard to say what bank is the best across the board.

For basic banking needs, I highly recommend online bank N26. They are one of the best online banks in France. You can open your account online in a matter of minutes without paperwork (yes, Americans too!), manage your money from an app, and make no-fee transactions globally. Click here to open your free account.

Even though I didn’t open a French bank account right away, I admit it really is necessary for life in France, especially if you plan to live here long term. Most bills are directly debited from your account and having a French debit card makes day-to-day life that much simpler.

I hope that by sharing these facts and frustrations about the banking system in France, you’ll be better prepared to do your banking here and get yourself set up with a French bank account that meets your needs. 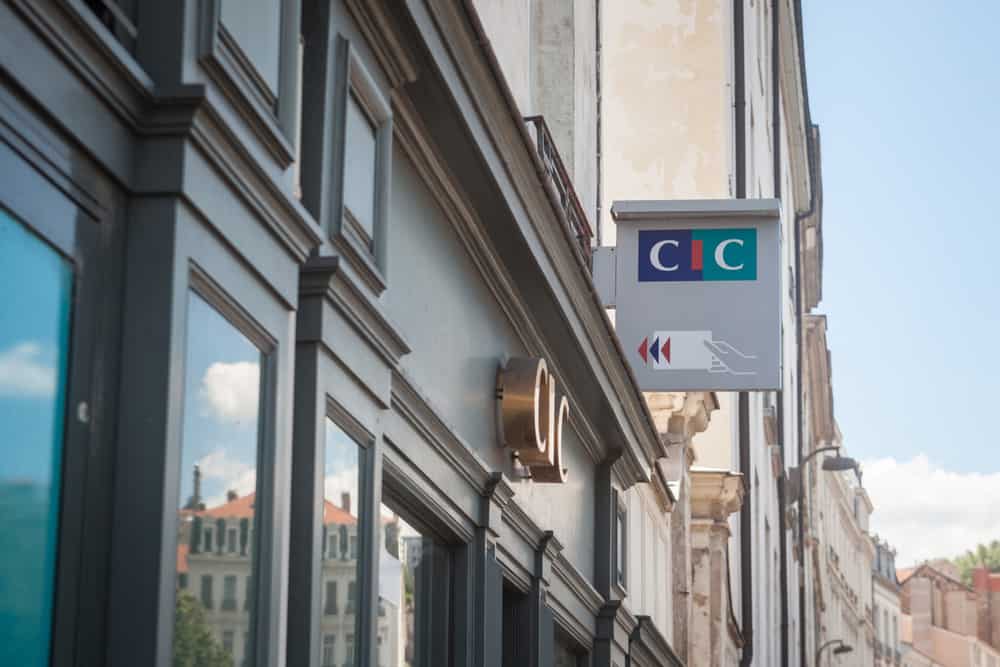 Here’s a list of French banking norms that seemed oddly different to me when I first arrived in France:

You have to make an appointment to open a French account and can’t just walk into a random bank and get it done on the spot. The meeting will also take over an hour and it’s never for the same day. In my case, my appointment was scheduled for the following week. It also requires a lot of copies and paperwork. I wrote an entire post on what it was like opening a French bank account as an American here.

Fees vary between French banks but generally, a basic checking account will run you about 5 to 10 euros/month to maintain. You may have to pay more for overdraft protection and online banking. My debit card also has a flat fee of 49 euros/year. No, it’s not fancy and I don’t get any amazing services with it. It’s just how banking is done in France. You pay for it and nearly 95% of French people over age 15 have a debit card.

Most banks don’t have cash available

Most people go to the ATM for a withdrawal and if they need a larger sum, it has to be ordered in advance. Forget getting several thousand euros out of your account at once without prior notice. Tellers don’t have a drawer full of bills or even handle cash at all in some branches.

How to move to France (and why it’s not impossible) >>

French banks operate during business hours which are 8:30 a.m. to 5:30 p.m. and many banks, especially in small towns, close during lunchtime. Some are closed all day on Mondays as well. If you work past 5 or 6 p.m. and don’t have time during lunch to stand in line at the bank, it can be frustrating to find a time when your bank is open. Many are open on Saturdays until noon, though, so that’s a plus. For anything beyond general requests, you have to make an appointment in advance (open/close account, add services, apply for a loan, etc.). 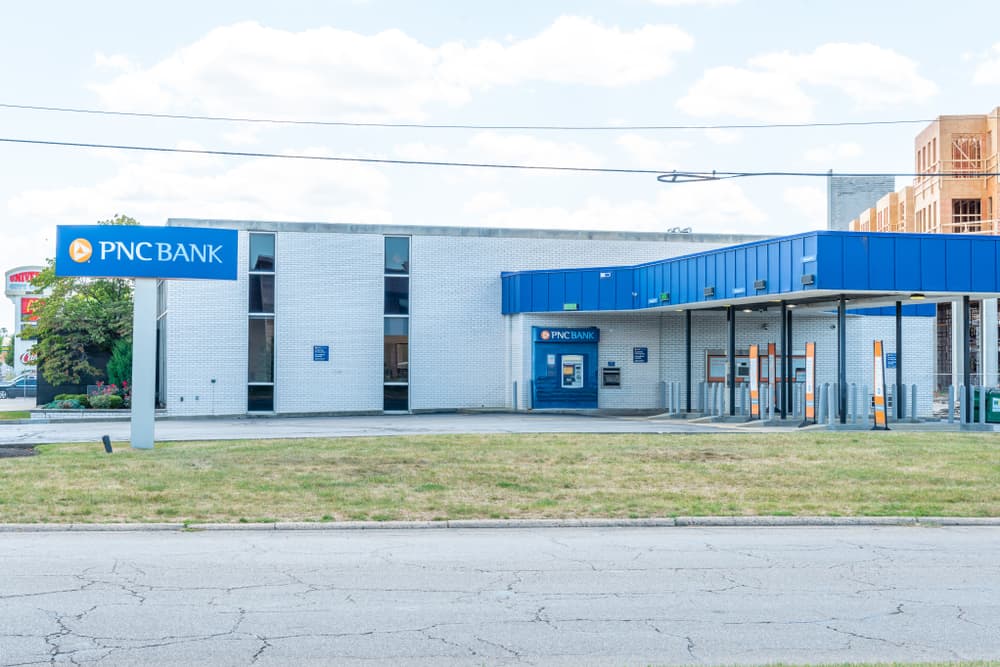 When it comes to cash, you can go years without ever seeing or handling higher than a 50-euro bank note. I’m an example of this. About five years ago, I saw a 200-euro note once when a tourist was trying to pay for 3 euros’ worth of pastries with his gigantic bill. It wasn’t accepted by the bakery.

50-euro bills and under are the norm at ATMs and in daily life. I’ve never touched anything larger than a 50. But don’t let that trick you into thinking cash isn’t use. Cash is used quite often in France — just no giant bills.

No credit history in France

In the US, one’s credit score and history determine a lot — ability to get a loan, a credit card, etc. The better your credit score, the better the interest rate and terms. In France, there is no central credit reporting agency and a credit score and history do not exist. To apply for a loan or financing, the credit check in France consists of you showing the bank three months of bank statements and 3 months of pay slips. That’s what they base your loan eligibility on.

If you make a decent salary, the bank will calculate what you can borrow and go from there. It’s also worthwhile to note that buying on credit really isn’t part of French culture. French people have debit cards but don’t carry huge credit card debt because credit cards don’t really exist in the same way. 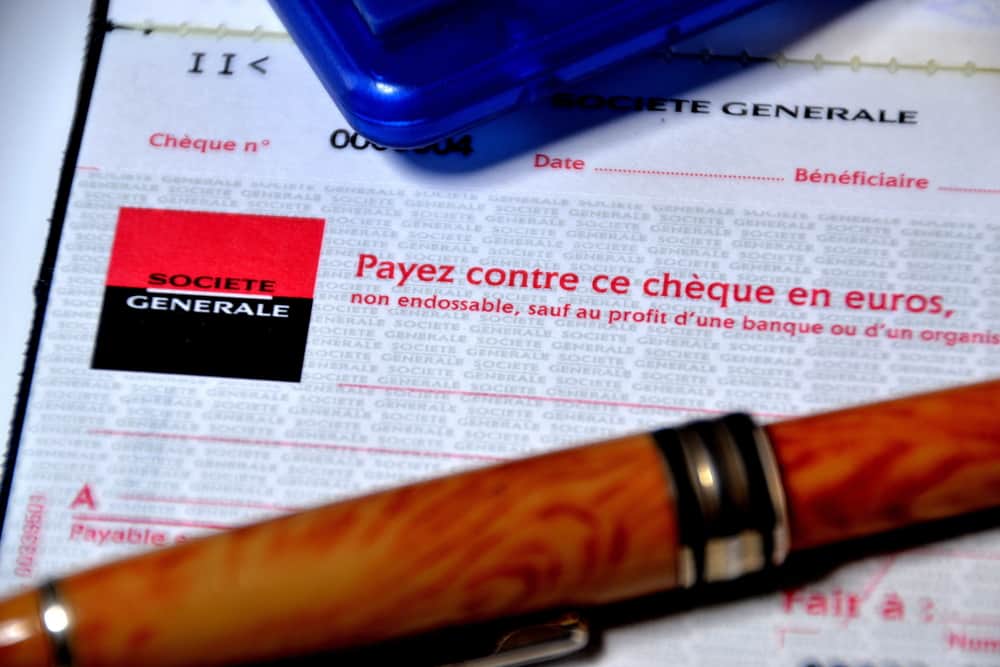 Checks are quite common in France and checkbooks are still issued by banks in 2021. It’s perfectly normal to see someone paying by check at the grocery store and everyone in line patiently waiting, like it’s 1995. You can pay the doctor and tradesmen by check too.

Keep in mind you’ll be asked to show a photo ID when paying by check at a store, and while checks will buy you some time since they take a few days to clear, make sure your check doesn’t bounce! If you don’t have enough money in your account to cover the amount of the check, French bank fees for bounced checks are high.

Here’s how to write out a French check >>

For example, when booking a vacation apartment rental, it’s normal for the owner to send their bank details and have you wire a deposit directly whereas maybe in the USA, it would be more common for a company to put a hold on your credit card. Just a different way of doing things.

If you need to send/receive different currencies, I can’t say enough about how happy I am with TransferWise. They might just be the best bank in France for expats. Their Borderless account is a must-have tool for anyone who lives abroad or banks in different currencies. Click here to learn more.

Not in Europe? Another option for sending money abroad like transferring money to China is here.

France experiences fraud, so let me be clear on that, but because it isn’t a credit card society in the same way as the US, identity theft and bank card fraud isn’t as common. Bank cards are chipped and always require PINs (or verification codes when buying something online), so thieves aren’t stealing people’s social security numbers and fraudulently opening up lines of credit left and right like we hear so often in the USA.

Want to know something scary? My US credit card does not require a PIN ever and when I use my US Capital One bank (debit) card in France, although it’s chipped, it never requires a PIN. 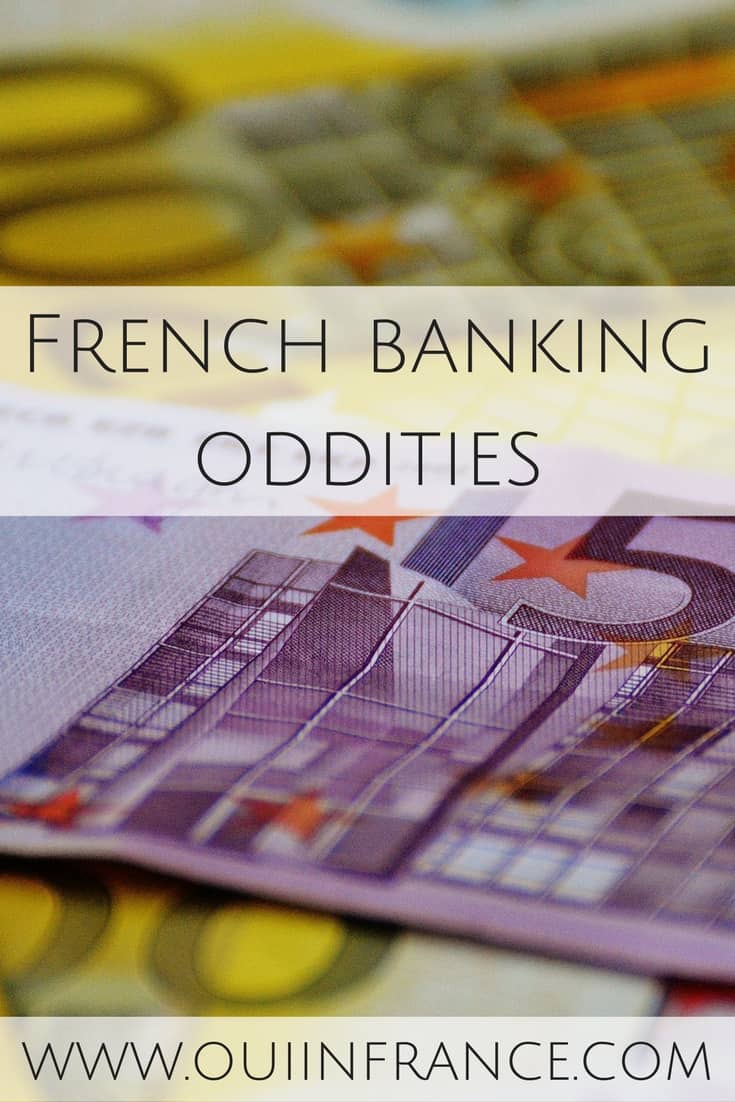 How does Transferwise work? Why you NEED to be using it!

Very normal French things that would never fly in the USA