Let’s get right into it!

The U.S. has beautiful landscapes and one that doesn’t exist in France is the desert. Head out west and see the Great Basin Desert, Sonoran Desert, Chihuahuan Desert, and Mojave Desert.

The closest France has would be The Great Dune of Pyla, located 60 km from Bordeaux in the Arcachon Bay area. It is the tallest sand dune in Europe. With a volume of about 60,000,000 m³, the dune measures around 500 meters wide from east to west and 2.7 km in length from north to south. It’s not a “real” desert but it sure is a sight to see! 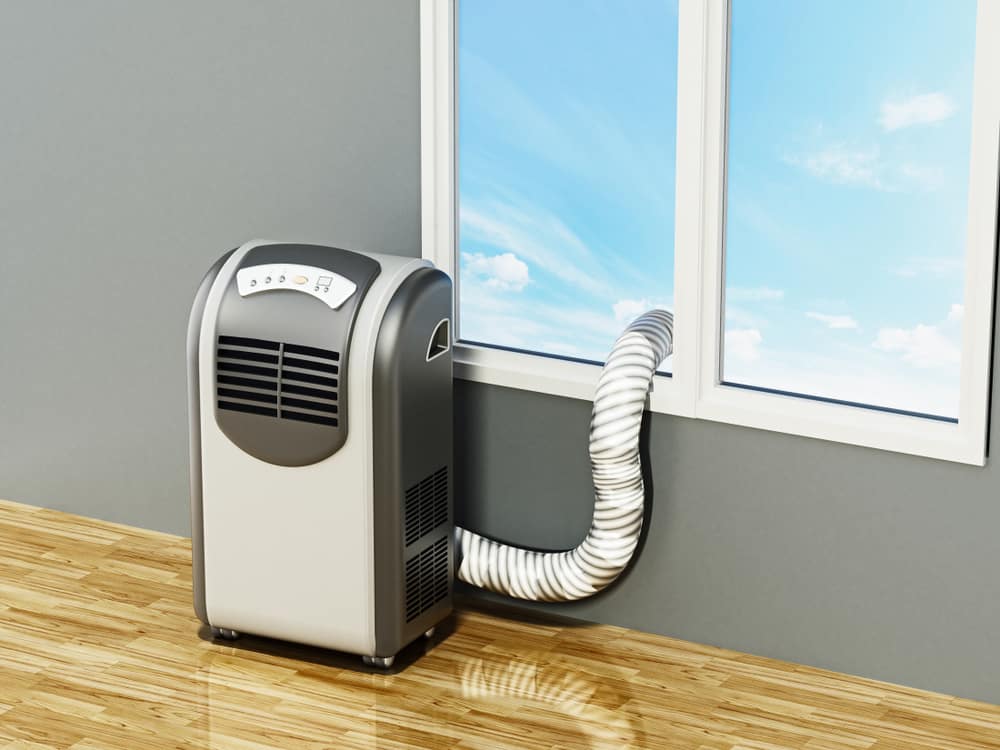 In many areas of the U.S., homes are built with central air and it’s normal to visit friends and businesses with air conditioning and not sweat through your clothes indoors on a hot day. In France, air conditioning is not as widespread and most private homes don’t have a/c of any kind, although portable standup units are available. Window units though are much less common since windows open vertically with a handle on the inside.

A few years ago, Tom and I finally got a standup unit for our bedroom. Also, you might get a kick out of this post about why the French are afraid of air conditioning. 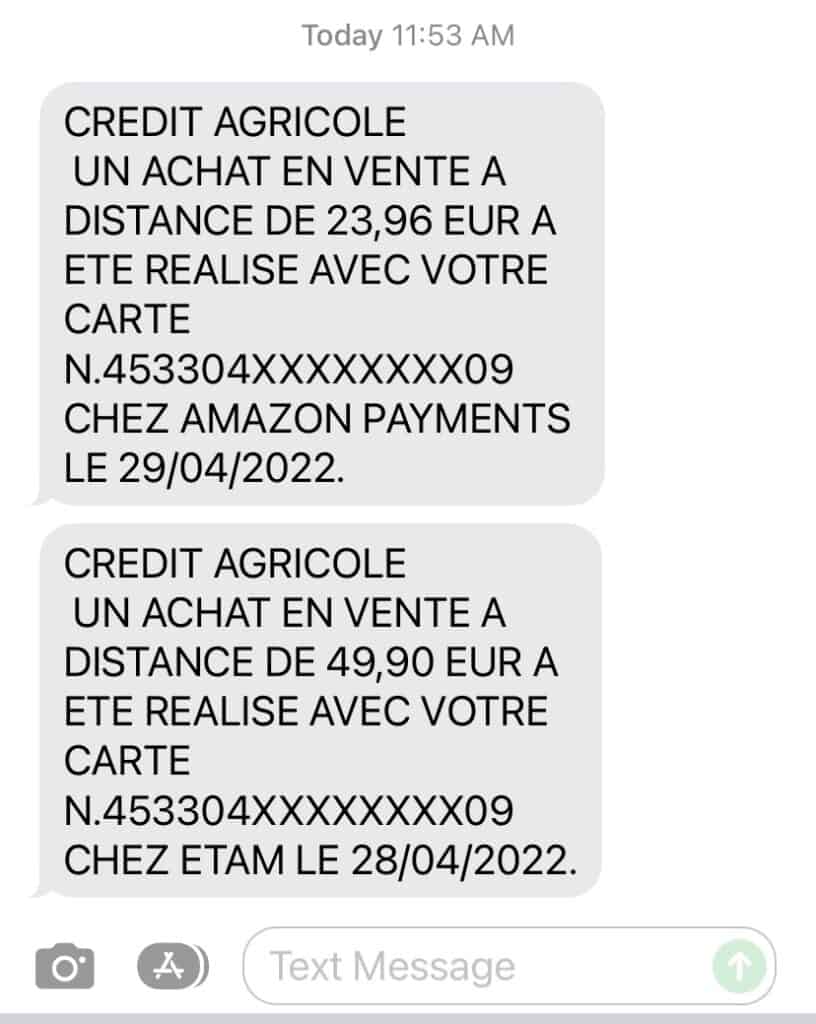 It was May 3 when I received the text for purchases days prior.

3. Bank without getting out of your car at the bank’s drive-through window or your mobile app.

I can’t say I’ve ever seen a drive-through window at any bank in France. If it exists, it’s definitely not the norm. If you want to make a deposit or withdrawal in France, you need to go inside or head to the ATM. And it’s not because the French hate drive-throughs. McDonald’s is crazy popular and supermarkets have drive-through hours where you order online and an employee loads it into your car.

In the US, many banks have drive-through hours where you can do everything via a tube and a microphone that connects to the employee inside the bank. They are super convenient for those of us who might have sleeping kids in the backseat, a dog in the car on a hot day, or a quick transaction to make.

On top of that, my American family members are always so surprised to know I can’t deposit checks via my phone in France. In the U.S., CapitalOne has an amazing mobile app (like many American banks) that lets you deposit paper checks through their app making it unnecessary to go anywhere near a bank. Once you take a photo of the check, front and back, and enter the amount and a few details, it’s available and ready to use in your account. Easy as can be.

On the other hand, my Crédit Agricole app here in France texts me two days after I make a purchase… so much for fraud protection. : :: facepalm :: : 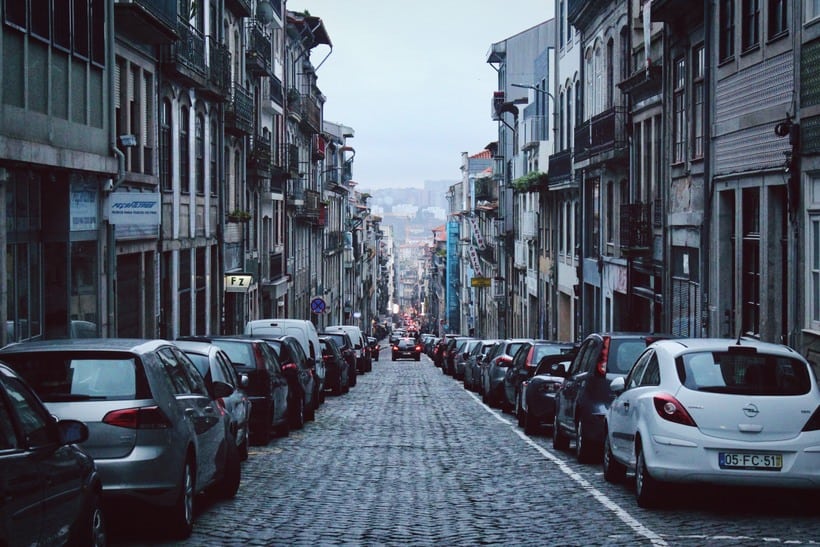 Yes, in some U.S. states, the driving age is 16 for a full license, and those states are South Dakota, North Dakota and Montana. In a much bigger handful of states, it’s 16 1/2 years old and another whole bunch at 17, as was the case in NJ when I got my license. This means many 14 and 15-year-olds have their learner’s permit.

This all stands in sharp contrast to how it is in France. The nationwide age to get your driver’s license is 18 — 16 for a motorcycle only — and is not dependent on the region. For more on driving in France, check out this video I made on that topic.

5. Get a driver’s license relatively cheaply.

Sticking with driving for a second, the written exam and road test in France are not only pretty tricky to pass but they are expensive. That’s because in order to pass, you need to take driving lessons. They are NOT cheap and you can expect to pay upwards of 1000 euros when all is said and done. It’s more like 2000 euros if you’re in a big city or a brand-new driver.

Oh, and it takes a while! Like up to two years. There are a limited number of driving tests per year, and driving schools get dibs on the tests. The whole process can be competitive. But it’s not that bad. I hear it’s even worse in Germany where it’s even more expensive and difficult, so Germans reading this, let me know about that below!

77 Little differences you notice about life in France >>

6. Experiencing credit card fraud after using your card to pay at a restaurant or anywhere.

This actually happened to my dad a couple of weeks back and he is 99% sure his card was compromised at a restaurant. OK, so let me quickly explain a difference in how you pay when dining out for anyone unaware.

In the U.S., when you pay for your meal at a restaurant, the waiter usually walks away with your credit card and swipes it at the register, away from your table, and then will bring it back with the receipt for you to sign. In France, and many areas in Europe, the waiter will bring a handheld payment terminal to the table and you pay right there with the card never leaving your sight.

Scammers and people up to no good in the US can easily steal credit card numbers when the card is out of your sight and then resell the info on the black market. Every five or so years, I get a fraud notice from my card issuer in the U.S. because someone stole my number to buy a flight or something like that. They replace the card after wiping the erroneous charges, but still it’s a pain.

This happens on a much smaller scale in France because society uses chipped debit cards with a pin and not regular credit cards (without a pin) that we use in the U.S. Credit card fraud is a relatively common occurrence in the U.S. and most people have had their card compromised at one point or another.

An easy fix would be to chip every credit card, not just US debit cards, and require authorization via an app like how my French debit card works with every purchase. Every time I order something online, I have to validate it with my face on my iPhone or the transaction won’t go through. I wrote an entire post on French banking differences here. 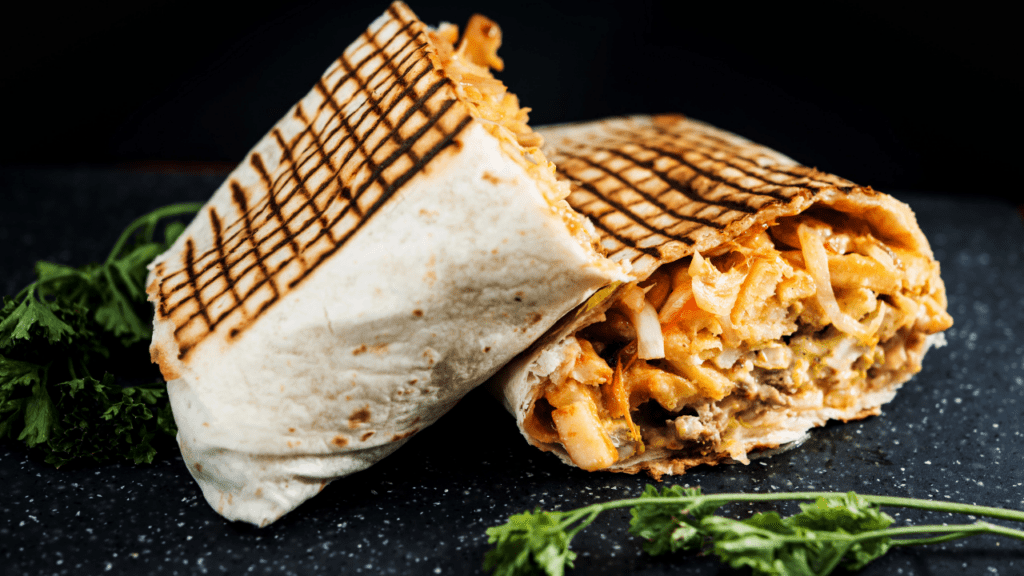 This is a French taco. YUMMY! NOT.

Homemade tacos, fajitas, enchiladas, you name it, Mexican cuisine is delicious and easy to find in the U.S., even in smaller towns. In France, it’s not at all, and that makes sense because Mexico is nowhere near France and the Mexican influence doesn’t touch France the way it does the U.S.

While you can find Mexican restaurants in big cities, what you’ll more commonly find in France is lackluster Tex-Mex cuisine and an abomination called French tacos that don’t resemble actual tacos at all. There’s even a chain fast food place called O’Tacos that specializes in these tortillas that wrap usually chicken or meat and French fries inside. Not even joking. The fries are mushy and they’re not great. Steer clear if you know what’s good for you.

8. Get cash back at a store when you pay using your debit card (with no additional fees).

It’s pretty commonplace to go to a place like Target or CVS or even Publix and get cashback when paying by card. When you’re at the register, you’ll see a message on the payment terminal screen asking you if you’d like cash back. You can select the amount or hit no thanks.

If your purchase is $10 and you want $20 cashback, your card would be debited $30 and the cashier would give you $20 in cash. It’s a convenient way to get some quick cash instead of seeking out an ATM. I haven’t seen this at all in France although it seems to be on its way. The cashback option doesn’t exist here on the same scale… yet.

Finally, one thing I always like to point out is that one country or one way of life isn’t inherently better than the other. I’m just pointing out the differences I’ve observed after living in both places. There are tons of positives and negatives to life in both France and the U.S.

What other differences between France and the USA have you noticed? 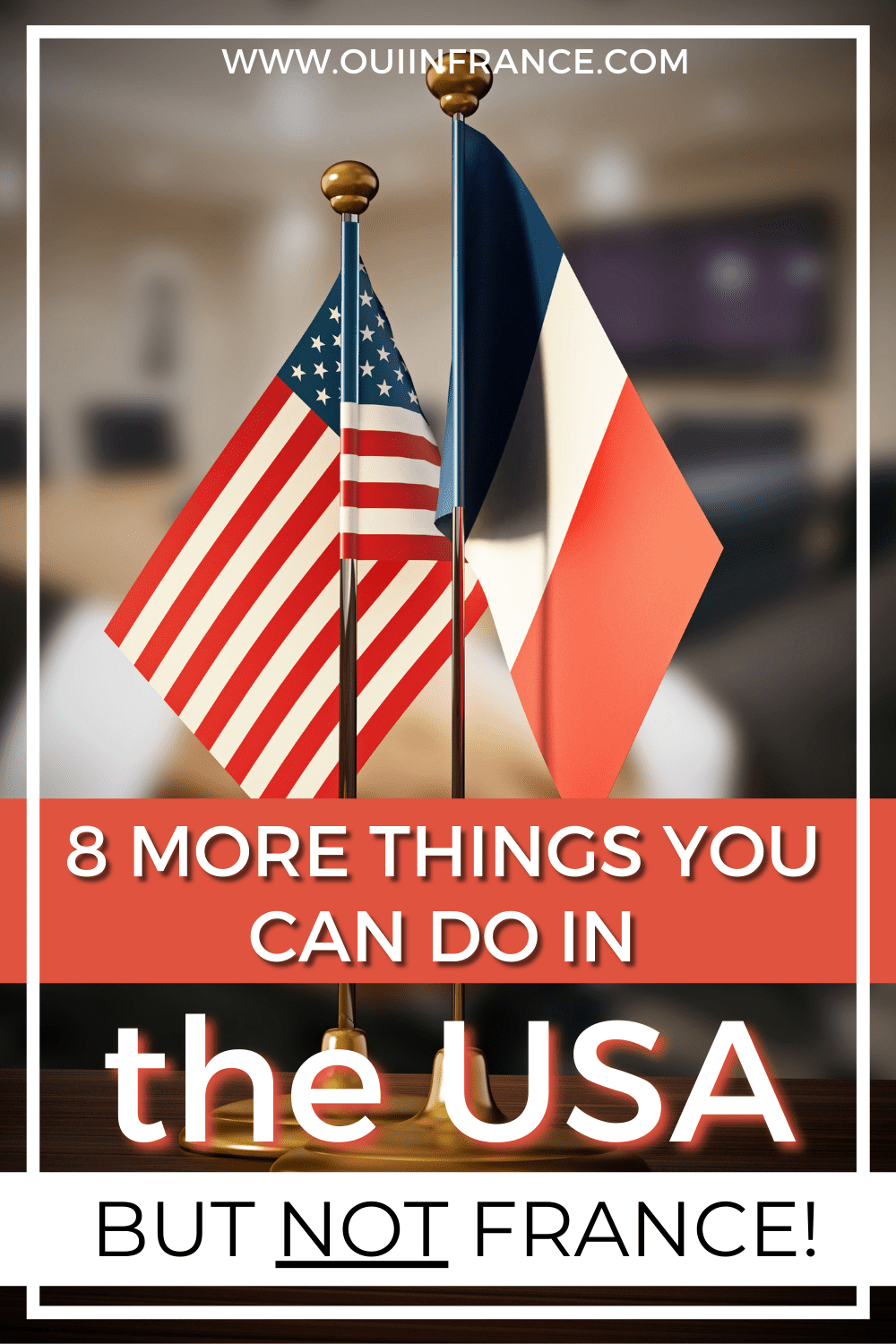 7 Everyday things that are more difficult to do in France

« Quick guide to train travel in France (plus where to buy tickets)
La Chambre Paris: French sheets you didn’t know you needed! »