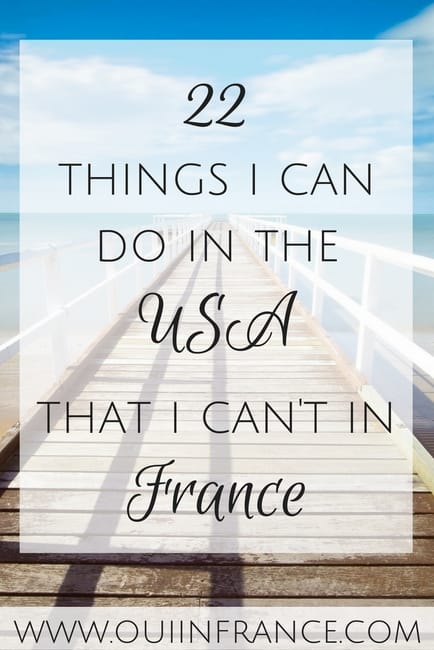 At first glance, France and the USA don’t seem that different, but if you dig deeper, you’ll quickly see that the two cultures have some significant differences. Some differences are pretty minor and others might really stick out to you. My post on things you can do in France that you can’t in the USA was a hit, so here’s the reverse: Things you can do in the USA that you can’t in France.

(Please keep in mind that one country or one way of life isn’t inherently better than the other. I’m just pointing out the differences I’ve observed after living in both places. There are tons of positives to living in both countries. Also, some of the items on the list *can* be found in France but they aren’t mainstream everywhere.) 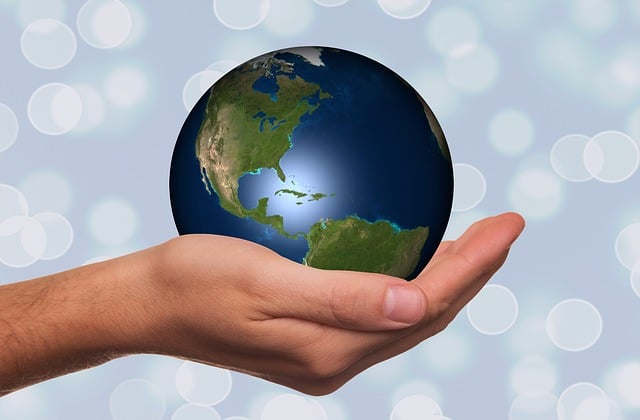 Things you can do in the USA that you can’t in France:

1. Be able to run to the grocery store (or a convenience store like Wawa or 7-11) well after dinnertime or on Sunday. A 10-pm shopping trip in the suburbs isn’t out of the question if that’s the only time you can shop. Even places like Target are open until midnight in many areas. Convenience is king in the USA and this is not the case in France. You’d be hard-pressed to find a grocery store open until 10 p.m. in France.

2. Stock up on jumbo-size everything at places like Costco or BJ’s. Very handy if you have a big family, are having a party, or just want to have a large quantity of something on hand instead of having to run to the grocery store every couple of days. The first Costco is coming to France in May (update: Costco is now open in the Paris region).

3. Get a driver’s license without knowing how to drive a stick shift. While some driving schools in France do offer lessons on an automatic, it’s not the norm and new drivers are expected to know how to drive a car with a manual transmission. Did you see my video about what tourists need to know before driving in France?

5. Easily count all your coins in a matter of minutes with a Coinstar machine that’s available at grocery stores. Yes, they take a fee but many people find it’s worth it when you consider how much time you’ve saved. These types of machines aren’t commonplace in France.

6. Open a bank account and get your debit card for free and often the same day. Banking in France takes a bit more time, as banks often have shorter business hours and opening an account requires paperwork and an appointment.

7. Go to a baseball game. Baseball is largely unknown in France aside from what is shown on TV and in the movies. Here are more American things that don’t exist in France.

8. Legally purchase marijuana for recreational use in 18 states without a prescription. In France, recreational marijuana (and even medical) is illegal nationwide.

9. Do your banking without getting out of your car at the drive-thru window. I can’t say I’ve ever seen a drive-thru window at any bank in France. If you want to make a deposit or withdrawal here, you need to go inside or head to the ATM. Many banks in the USA have outdoor hours where you can do everything via a tube. There may be a drive-thru bank in France although I’ve never seen one and it’s not the norm.

10. Change your career by going back to school, getting your degree later in life, or just proving your worth in a new industry and working hard. In France, career trajectories seem to be more rigid. It’s not that you can’t ever change your career — it does happen — but it seems more accepted, encouraged, and do-able in the USA.

11. You can indulge in a real American breakfast complete with pancakes, eggs, bacon and whatever else your heart desires at a place like Perkins or Cracker Barrel. And it’ll be open quite early in the morning.

12. Be sentenced to death in some states for a crime. In France, the death penalty is illegal. The last time a person was sentenced to death was in 1977. Capital punishment was abolished in 1981 and is now forbidden by the constitution.

13. Eat at an authentic Mexican restaurant and enjoy some of the best Mexican food of your life.

14. Easily find a fun fitness studio even in smaller cities without much effort. Pure Barre, Orange Theory, Cyclebar, aerial yoga, bootcamp, Crossfit. You name it and you can find it. On average, the French fitness scene is about 10 years behind the USA.

16. Drive for hours on the highway and not pay any tolls. In France, some regions, like Brittany, aren’t toll heavy, but the 3.5-hour drive to Paris from where we live costs 30 euros in tolls alone. That’s just one way!

17. Acquire a gun relatively easily, and in some states, carry it on your person. Open carry is legal in many states including Alabama, Kentucky, Louisiana, and more.

18. Buy a house with central air conditioning, visit friends and businesses with air conditioning and not sweat through your clothes indoors on a hot day. (and let’s not forget screens)

19. Grab a cup of hot coffee (or even iced) to-go… pretty much anywhere. Although places like Starbucks and Columbus Coffee are becoming more popular in larger towns in France, coffee is a sit-down type of experience in most people’s minds, especially in smaller towns.

20. Wear swim trunks or board shorts in a public pool. As a matter of hygiene, loose swimwear isn’t allowed in France’s public pools, so say hello to speedos!

21. Get cash back at a store when you pay using your debit card (with no additional fees).

22. Legally be a surrogate or have someone be a surrogate for you. In France, surrogate motherhood was made illegal after a ruling of the Cour de Cassation, France’s highest civil court, in 1991. Then the ban was further confirmed by the Bioethics Act of 1994. Those looking into surrogacy have to travel abroad.

Do you have anything to add that you can do in the USA and not in France?

Click here for 17 things you can do in France and NOT the USA! 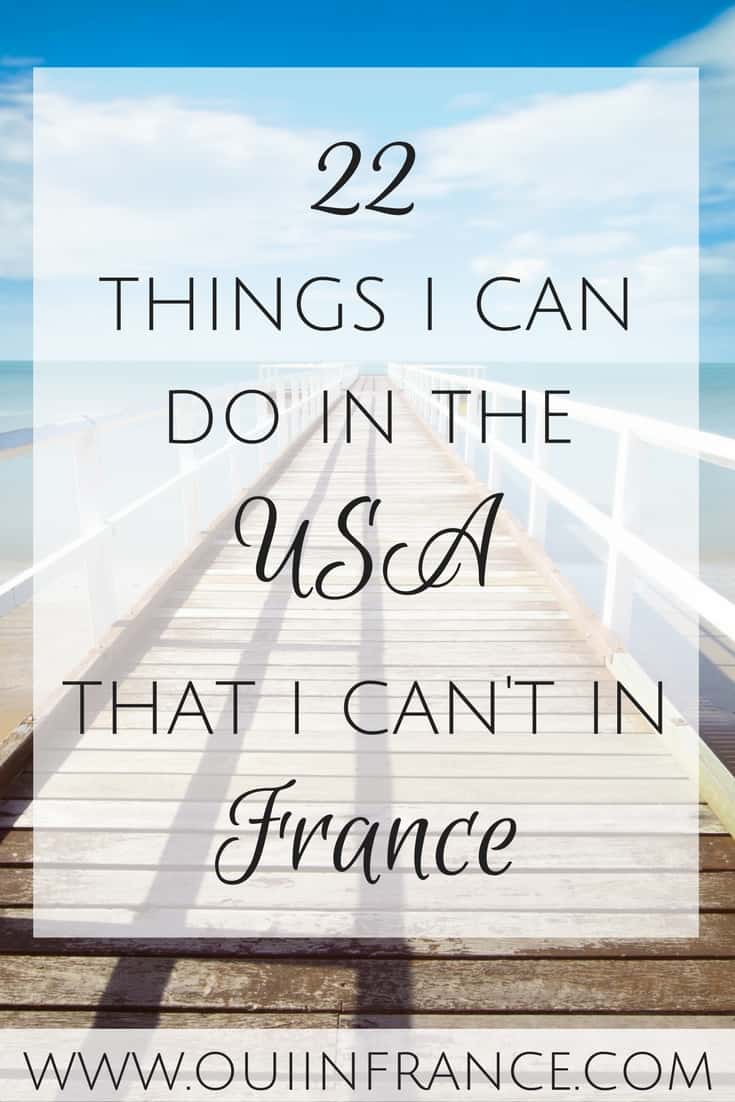 How my shopping habits have changed since moving to France

7 Little things that still confuse me about life in France