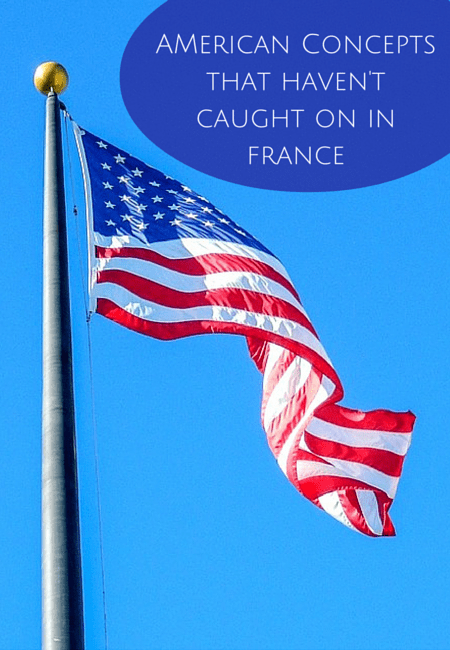 Depending on where you live, what you’re used to and how observant you are, a trip to France might seem very familiar or like you’ve landed on Mars. Or a mix depending on the day. But know what you won’t find all over the place? The American concepts I’ve listed below. In many cases, that’s a good thing — France is its own country, after all. But a few things on my list would probably delight the French and foreigners alike (or maybe just me). One day…

Maybe these things do exist here and there, but as a whole, France hasn’t made them the norm. And that’s OK because France is a different country. Some of the things I mention aren’t necessarily American inventions but are just things we commonly find in the USA.

Here’s my big ol’ list of American concepts (or things you’d commonly find in the USA even if they’re not actually American) that don’t exist in France:

Any other American concepts you’d add?

**Hey French bloggers who are living in the US, I’d love to see a piece on French concepts that haven’t caught on in the US. Feel free to link your blog post on that in the comments!**