French grammar is a huge topic and no joke. It can be ridiculously frustrating, confusing, and tear-inducing all in one, so let’s keep it simple. This is just a taste of some of the French language basics that don’t exist in English in the same way. It’s geared toward beginners who are just getting their feet wet with French, so let’s take a look… deep breath. 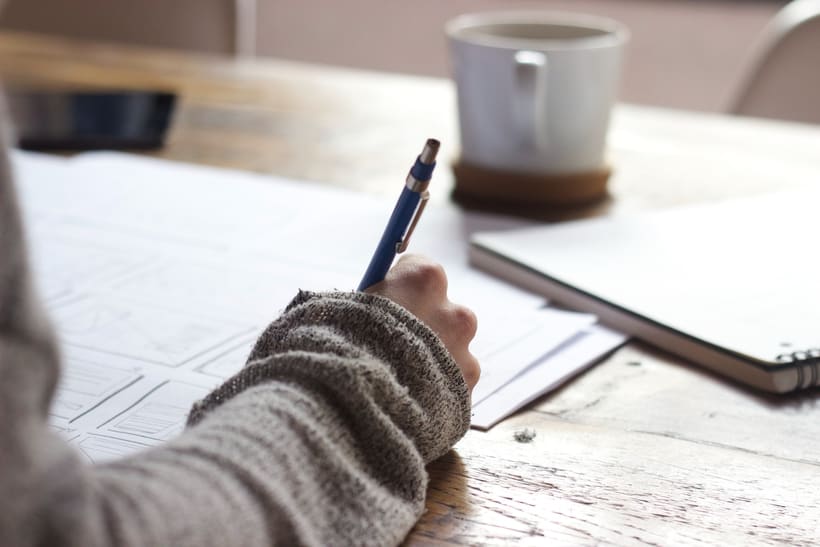 Photo by Green Chameleon on Unsplash

1. You don’t show possession with an apostrophe “s”

This is one of the top basic French language concepts to understand from the get-go. In French, you show possession by structuring the sentence like this: “The dog of Diane” and not “Diane’s dog.” The apostrophe is not used to show possession. To clarify, you will see an apostrophe French but it’s not used to indicate possession. It’s used in words like aujourd’hui (today), qu’est-ce que (what) and other instances.

So if you want to say, “Diane’s house is white,” you’d literally write “The house of Diane is white” (la maison de Diane est blanche). In English, you can certainly say the house of Diane is white instead of using the apostrophe “s” but you’d probably get a few strange looks, especially if you’re a native speaker. It doesn’t sound natural at all. In French, it’s not a matter of not sounding natural — there’s literally no other option. The sentence is always structured “the x of x” and is one of the French language basics you should commit to memory right away.

A quick note about the apostrophe in French. Sometimes you’ll see an apostrophe “s” used in product or store names and marketing slogans that try to incorporate English words/phrases. The use of the apostrophe is not grammatically correct and not a French thing, in my experience. I’ve seen menu items and products at the grocery store called “meat ball’s” or “Burger World’s,” etc.

Warning, English language pet peeve ahead: It’s almost like native speakers who incorrectly use an apostrophe when writing a plural noun in English. So instead of “I love dogs” you’ll see “I love dog’s.” No! A simple plural just gets an s at the end. No apostrophe needed! That kind of apostrophe use is a major pet peeve of mine and I see it on social media pretty much daily!! If you ever see a typo that mixes up plural and possession on this blog, please write to me in all caps and shame me. Permission granted. 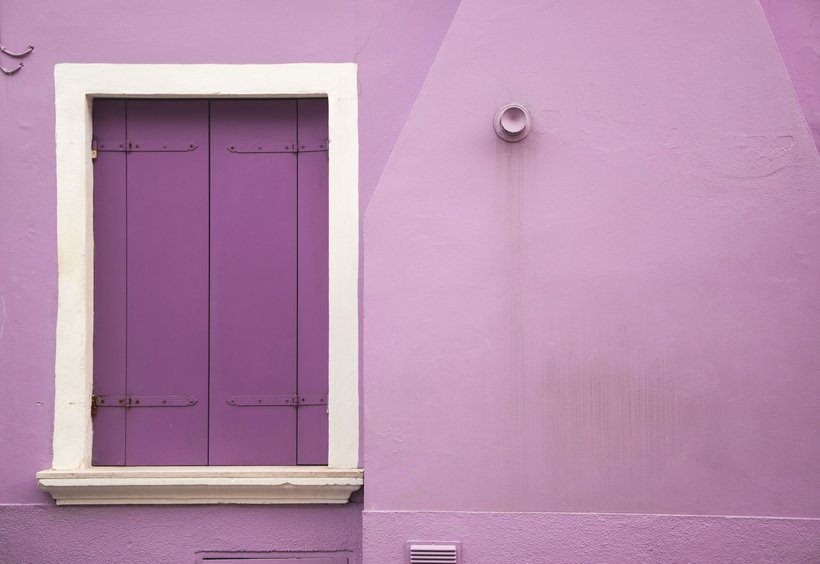 Photo by Michel Catalisano on Unsplash

2. Nouns have a gender

In English, nouns are just nouns. They don’t have a gender and are always written the same way. A table is a table and the articles before the noun and the noun itself don’t change in pronunciation or spelling in English. In French (and other languages), nouns have a gender. They are either masculine or feminine, so this can affect two things: 1) The article before the noun. It is either masculine or feminine and 2) the gender can affect the spelling of the adjective (if there is one), and sometimes the pronunciation. The noun and adjective have to agree.

This means you need to know the gender of your noun both when writing and speaking. Luckily, you have a 50% chance of getting it right since there are only two. With words you use all the time, you’ll have no problem but for more unfamiliar words, it can get tricky. The good part is messing up the gender won’t affect comprehension, but depending on who you’re talking to, French people may correct you. I welcome it, but then mess it up the next time I use the word. After using a word three times, I seem to remember its gender.

To keep this simple, let me give you some examples:

In this example, door is feminine so we use “la” to mean “the” and have to add the feminine form of the color purple (violet), so it’s violette. This is pronounced “vee-oh-lette.”

Here, wall is masculine so we use “le” and the masculine form of violet. “Violet” is pronounced differently than the feminine form above. Here, it’s kind of like “vee-oh-lay.”

In this one, shutters are masculine plural, so we use the corresponding form of purple with an “s” at the end of violet, which is violets. This is pronounced the same way as the one right above.

Houses are feminine plural so we have to use that form of purple, which is violettes. This is pronounced just like the feminine form used in the first example. You don’t pronounce the “s” at the end. 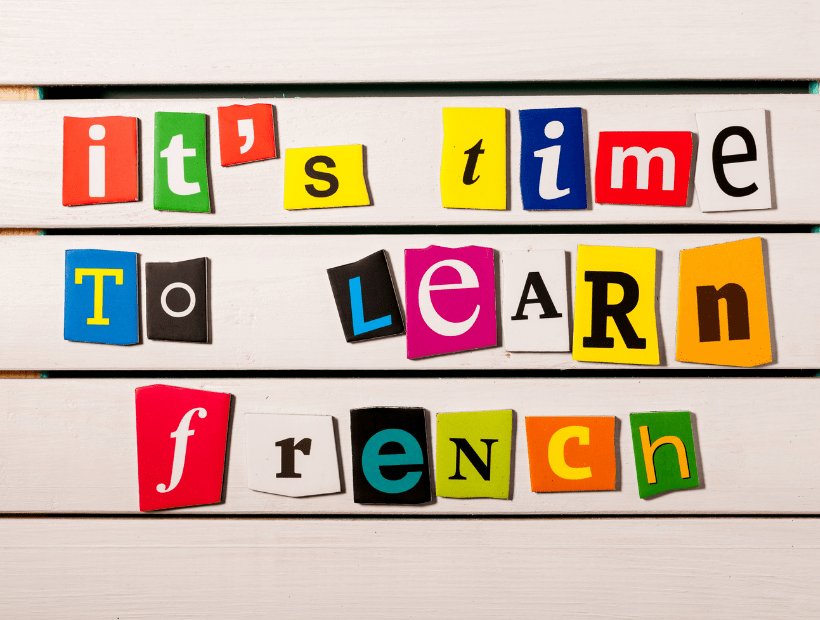 In addition to the basics in French that I wrote above in #2 about gender, adjectives also have their place in a sentence and it’s not always where you’d find the adjective in English. In my examples above, you’ll see the color comes after the noun, which is the opposite of English. In English, we say the blue car, not the car blue. Adjectives like colors, shapes, and nationalities always go AFTER the noun.

But because it’s French, there are always exceptions. Generally, the following types of adjectives come before the noun. Descriptors of beauty (joli/beau), age like nouveau & vieux (new & old), goodness like gentil & bon (kind & good), size like petit & grand (short/small & tall) all come BEFORE the noun. But yes, there are exceptions like méchant (mean), etc.

The other thing to watch out for with adjective placement is that sometimes the adjective will come before or after depending on the meaning of what you’re trying to say. So “la semaine dernière” and “la dernière semaine” can both be correct. The first means “last week” as in the passage of time, like literally the week that came before, so “il a plu la semaine dernière” is “it rained last week.” The second means the last week of whatever you’re talking about, maybe the last week of vacation, so “Cette semaine est la dernière semaine de vacances pour les enfants.” (This week is the last week of vacation for the kids) To make it even trickier, note that dernier is the masculine form but since week (semaine) is feminine, “last” becomes dernière.

If you’re just getting started with basic French language learning or don’t know any French at all, this post on French basics has probably left your head spinning. But honestly, it becomes second nature once you start using the words all the time and then all the other crazy grammar rules will leave your head spinning. 😉 Seriously though, you’ll learn this stuff quickly as you continue to practice. 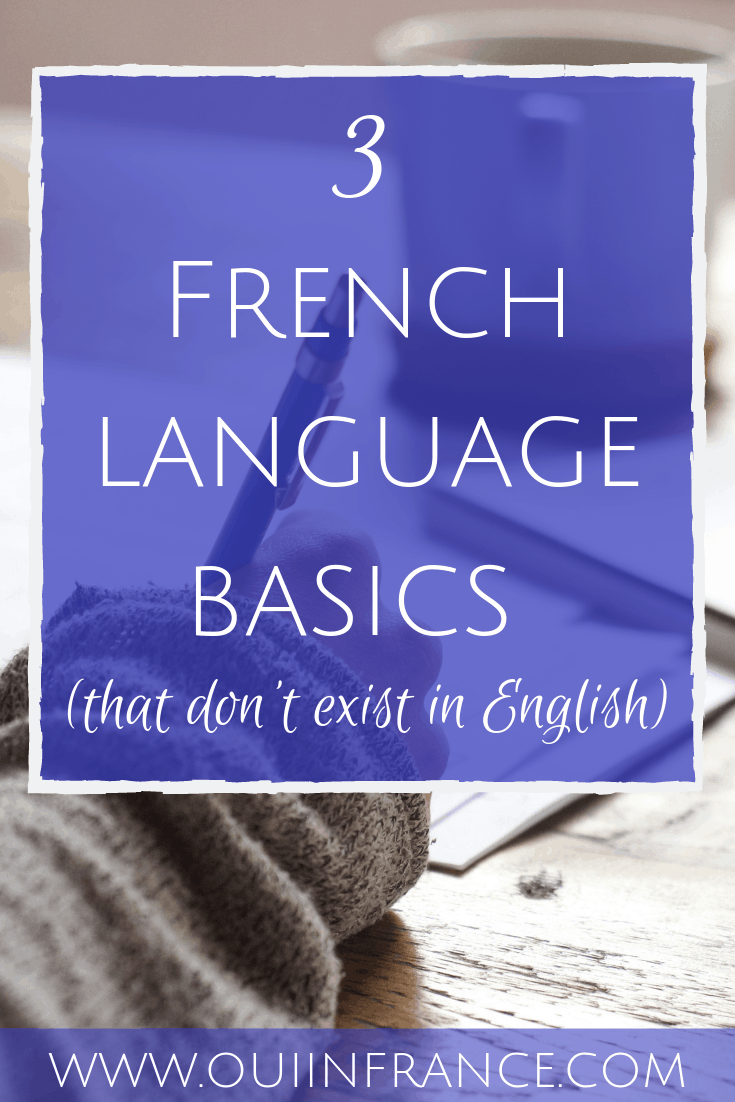