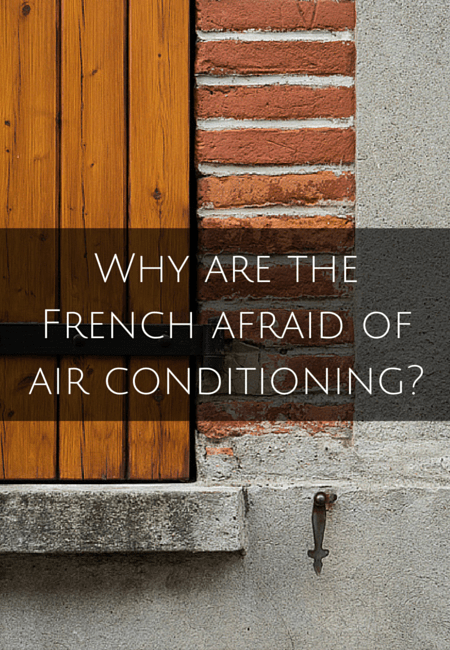 Hi everyone! I wrote a post a little while ago asking for guest post submissions for when I’m on vacation in September.

One pitch I received came from an American expat and it was about mosquito bites and air conditioning. It was perfectly timed because as I read his idea, I laughed out loud. I was sitting on my couch with no fewer than 30 mosquito bites cursing the little bastards that had ruined all chances of sleeping soundly for the next couple of weeks. Since the mosquitoes are out in full force with no A/C in sight around here (meaning we have to open the screenless windows to get air, hence the bugs), I figured I’d run the guest post sooner than later.

And any of you out there who say you hate A/C, you’re LIARS. ;-))) Listen, it doesn’t have to be Miami-style A/C where it’s so cold you need to wear a sweatshirt indoors, but a comfortable temperature so you can sit on the couch without soaking your clothes is never a bad thing when it’s 90F+ outdoors. In fact, just this year, I finally got air conditioning in France.

So without further ado, let’s get on with the guest post.

Today’s guest post is coming to you from Neal DeRidder who blogs over at Breath of French Air. We’ve never met in person but I’m sure Neal and I would be friends. He’s laugh out loud funny and I hope you get a kick out of his writing! And don’t forget to show Neal some love in the comments! 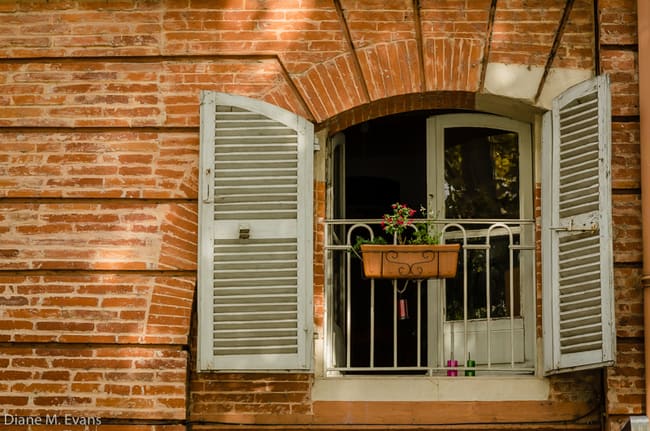 Yep. One gentleman assured me of the veracity of this claim through a cloud of cigarette smoke.

Further questioning revealed that abrupt swings in temperature are to blame for a range of maladies but primarily for sore throats. I was compelled to give my testimony, I am a believer in AC and I want them to believe too. I’ve had the pleasure of an air-conditioned office my entire career.

During hot summer spells in Denver I regularly went from 68 degrees in my office to 100 degrees outside with no ill effects.  My productivity did not wax and wane with the whims of the weather. I was master of my domain!

Not one single convert.

Mostly we got pitying looks and further explanations why AC is not necessary.  The non-believers presented as a fait accompli the following fact – in France the homes have shutters. Voila!

It is absolutely true that by opening windows to cooler evening temperatures and then blocking the harsh daytime sun with shutters, you can keep the interior of your home cooler than the exterior.  But we’re talking a 10 degree difference. If it’s 100 degrees outside it’s still 90 in the house! Some concessions were granted; in extreme cases it is acceptable to deploy a fan to stir the sultry air. Yahoo.

More on the downside of shutters in a moment…

Am I being dramatic? Am I a soft pampered American? You be the judge. Below are the temperatures in Toulouse from June 1st  to July 17th. Those few days where the high temperature was 80 degrees were called a “petit pause” by the locals. 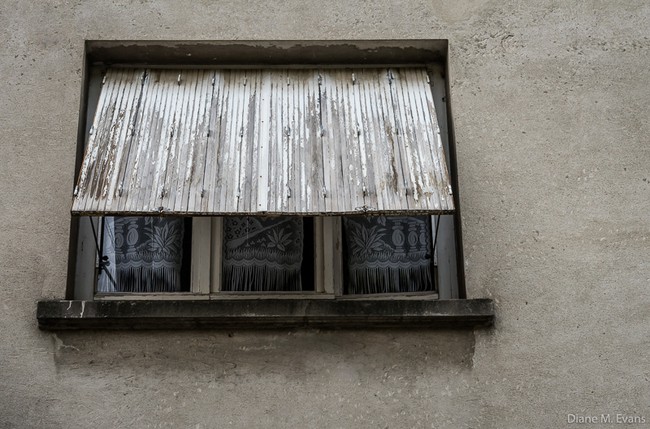 Maybe the French have genetically superior body cooling mechanisms. Maybe they’ve adapted to their AC-free environment like the cape ground squirrel who uses its own tail for shade. But they look just like us (no tail, maybe a little thinner). Nope, I don’t buy it. I’ve seen French people covered in sweat, fanning themselves on a not-so-fresh smelling metro car. They’re just as uncomfortable as we are. And they’re covered in mosquito bites.

Which brings us to the downside of shutters…

Exterior shutters in France are everywhere. They are also far superior to interior blinds at keeping homes cool. But being on the exterior means one must reach outside the window to close them. This results in in-swinging windows without screens. As an architect I might argue that in-swinging windows are inherently less weatherproof than out-swinging but that’s a minor point.

It’s the absence of screens that can be an itchy problem. By itchy I mean mosquitoes.  To get the benefit of nighttime cooling you need those screen-less windows open. The mosquitoes don’t concern themselves with questions of “why” you don’t use AC; they just want your blood. 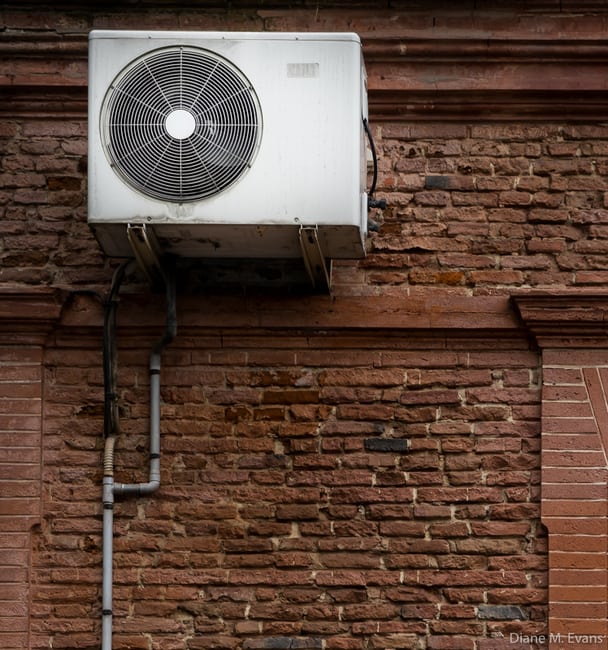 Is this a moral issue?

Are the French suffering their way to moral high ground for the sake of energy conservation? France has one of the lowest carbon footprints of any industrialized country. Their AC is nuclear powered for cripes sake!  They have to figure out where to hide that glowing waste someday but they don’t need to worry about their AC producing greenhouse gasses today.

So here we are, with a population covered in sweat and mosquito bites, sipping piping hot espresso in 100 degree heat, explaining the health hazards of AC between drags on a menthol cigarette.

Can you relate? Do you love air conditioning in France or hate it?

Again, a big thanks to Neal for this guest post.

I finally got air conditioning in France

« 13 Everyday things that always give me a boost
Boating in France? Expert tips you need BEFORE your canal vacation »