Over the years on my blog and YouTube channel, I’ve talked about French social norms and mentioned that small talk isn’t as prevalent in France. The French make a distinction between the public versus private sphere (more on that below) and it can be confusing for outsiders. This unwritten rule is a big topic and I get questions like this one regularly, “If the French don’t do small talk, how do you get to know them?” My answer is… context is everything. Let me explain.

How do you make friends in France if they don’t do small talk?

Over the years, I’ve written about French social differences, social norms that don’t exist here, cultural differences, language mishaps, and all kinds of things in the hopes that my experiences will better prepare you for your interactions with the French. One aspect of French culture that took me years to understand is the French public versus private sphere.

On the outside looking in, if you’re just passing through France for a vacation or even a couple of months, you might not even notice this cultural difference. But it’s an important one. The way the French interact with each other in public is a bit different than how we might go about things in the U.S. If you plan on spending time in France, it’s something to learn about so there are no misunderstandings, snap judgments, or hurt feelings. 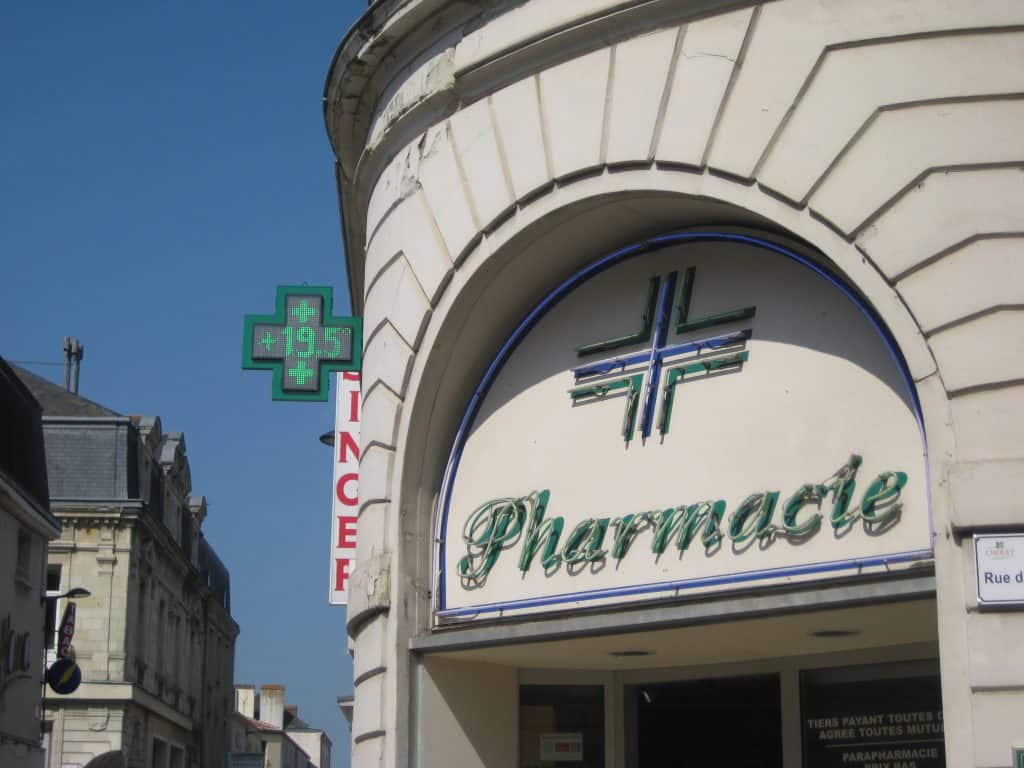 There are so many instances I can give here to illustrate this French cultural difference. Here are three examples of interactions I’ve had that deal with the public vs. private sphere:

Pharmacy story: When I first came to France, I always went to the same little pharmacy near our apartment. I was a regular. One day, I went in and the pharmacist had mentioned he’d be on vacation for the rest of the month, so I asked him a few questions. I had known him for about six months at that point and the pharmacy was empty so I used the opportunity to get more comfortable in French and make conversation.

I asked if he was going with his family, staying in France or going abroad, if he had been there before, etc. It lasted about 30 seconds. I asked a few innocent questions that he politely answered, but his responses were on the short side. Then I told him I had just gotten back from vacation myself. He didn’t ask me a single thing about it. I paid for my medicine and he swiftly went back to work.

What the French pharmacist thought: By not asking me about my family vacation, he was being professional and respecting his customer’s personal life.

What I thought: That he was a bit self-absorbed and didn’t care about his customers enough to learn about their lives and get to know them through harmless chitchat.

Gym story: There was a woman in an exercise class I took regularly who always had cool leggings. I didn’t know her by name but her face was familiar, just as mine was to her. One day after class, I made it a point to let her know I loved her colorful leggings. She was caught off guard, her eyes opened wide, and she mumbled a merci and quickly walked away.

What she thought: This never happens, how unusual! Why is this woman I don’t know commenting on my clothes?

What I thought: That a compliment was a friendly way to give someone a boost and strike up a conversation.

Note: French people might be surprised, but they are generally happy to get a compliment most of the time.

Target checkout line: Tom and I were in the U.S. and a woman at Target behind us pointed out something in our cart and started chitchatting about how she loved the item, etc. It passed the time as we waited to pay.

What a French person thinks: What do they want from me? I’m a bit suspicious of their motives and am confused as to why they are commenting on personal items in my cart.

What I thought: This person is bored like we are and is just passing the time by making innocent small talk. 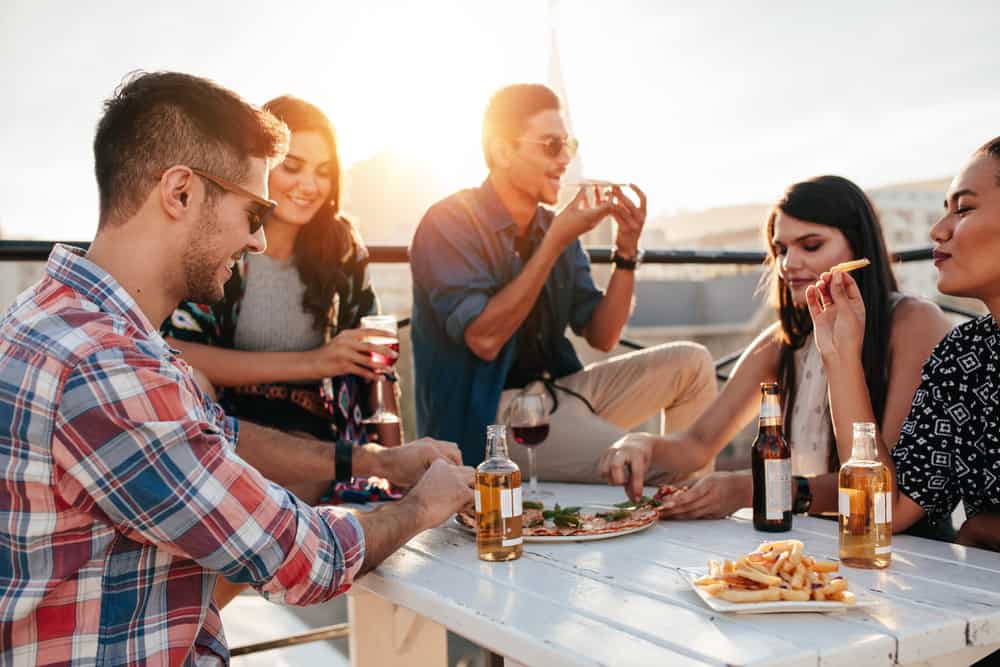 Now all that said, I’m not saying the French NEVER make small talk. Or that French people never compliment each other or strike up a conversation with a stranger. It can happen. I’m also not saying that all Americans randomly make small talk everywhere with everyone. No. What I am saying is that it’s much less common in France to see this sort of thing than it is in the U.S.

Small talk, compliments and striking up a conversation with a stranger in France while waiting in line at the pharmacy or supermarket, a doctor’s waiting room, or something of that nature wouldn’t be rude, but it would be seen as a bit unusual and maybe catch the person off guard. That’s because most people would just wait in silence which goes toward respecting other people’s privacy in public.

For the record, none of this means the French are cold, standoffish, or unfriendly as a whole (sure, some people are, but that’s the case with people anywhere). Although that said, French social norms are a major cultural difference that can be perceived as rude if you don’t understand them. That was the case for me with my pharmacy example above.

Note: If you come to France in a tourism capacity and your interactions mainly consist of talking to tour guides, people working in the tourism industry or in touristy areas, and people familiar with Anglo norms (maybe speak English even or have traveled abroad), you aren’t going to necessarily notice this cultural difference about the French. People in the categories I just listed might be more accustomed to small talk and engaging on a personal level with people they don’t know well.

Behind the scenes at a French pharmacy >>

Now back to my original question… how do you get to know the French if small talk isn’t really a thing?

Well, it comes down to context. For the record, I’ve never gone on to become friends with a random person I’ve chitchatted with in the airport security line or at Target in the U.S. It is what it is, a quick convo as we’re both waiting for something and then we part ways never to see each other again. 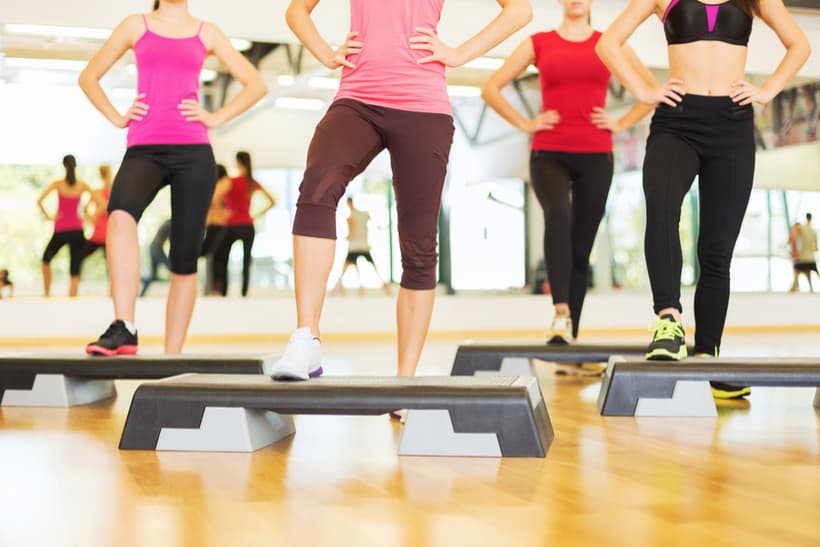 The best way to befriend the French is to take part in similar activities, become a regular somewhere, and basically get involved in French life. This can mean joining an association or church or gym, getting involved at your children’s school, doing volunteer work, attending social events in your community or work, university events, etc. That’s just the short list.

All of these examples are perfect places for getting to know someone and where conversation will flow naturally. All of the people I’d consider friends here locally are people I met at the gym or at the park while out walking Dagny (who sadly passed away in early March and we are gutted. I can’t even say more on that right now without losing it — she was our world — but please look at my FB or Instagram post for more on that). 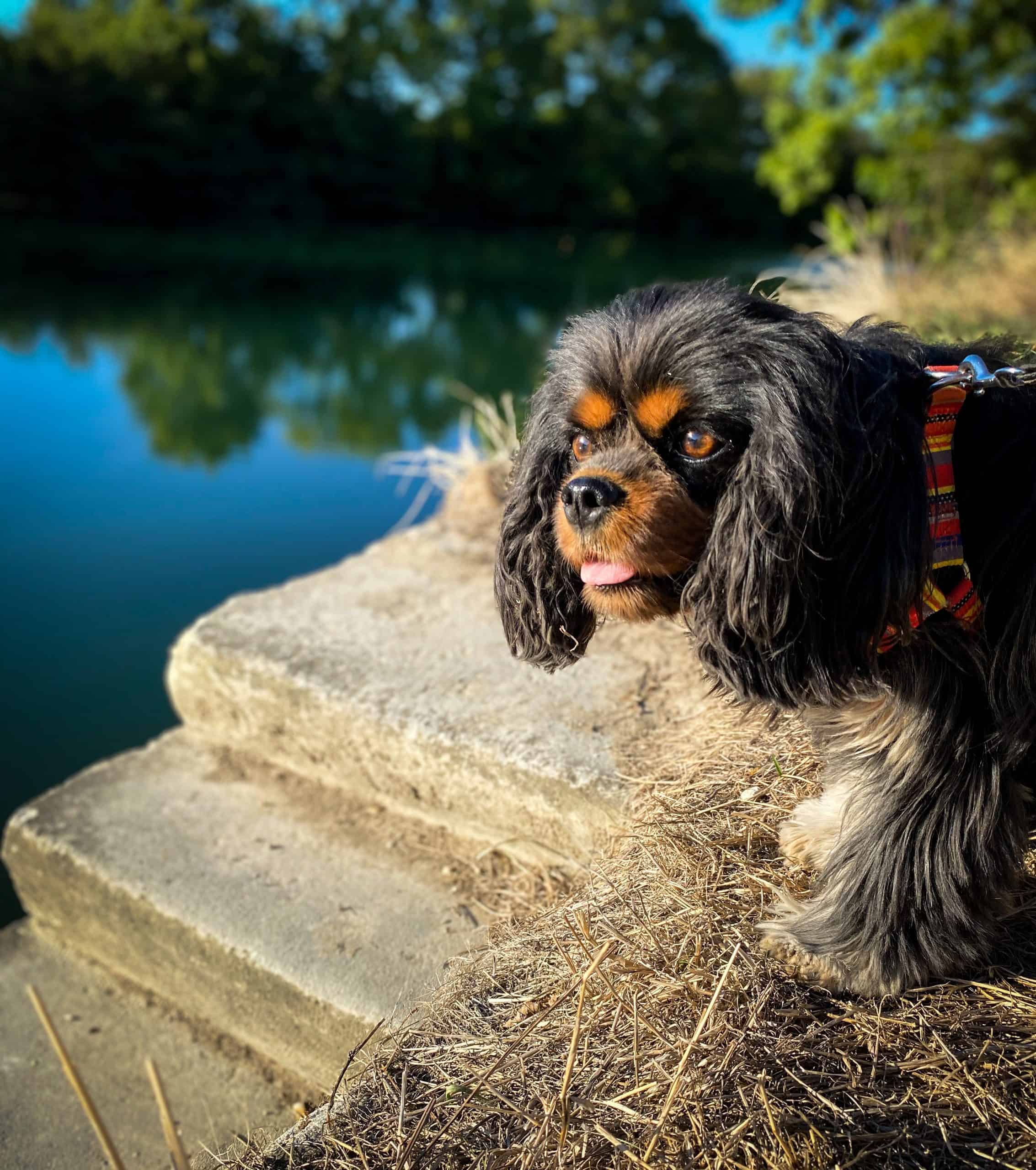 Dagny out exploring. My love, may you rest in peace. Until we see you again….

There are so many associations and clubs in France for everything under the sun…. bike clubs, hiking, chess, board games, knitting, coders, Spanish speakers, and so much more. If there’s an activity you love, I’m sure other people like it too, so seek them out. Meet up sites and FB groups are also good avenues to meet people with similar interests.

How to make friends if you live abroad >>

Relationships develop naturally when you plant those social seeds a little at a time in a personal context. When people begin to see you regularly, conversation will start to flow naturally. French people of course shoot the breeze with coworkers, neighbors, and other people they see on a regular basis. They are social beings who love to have fun like anyone else. It’s just that there’s an invisible line that dictates what’s respectful and normal in a public setting when you really don’t know the person versus how you interact in your personal life. 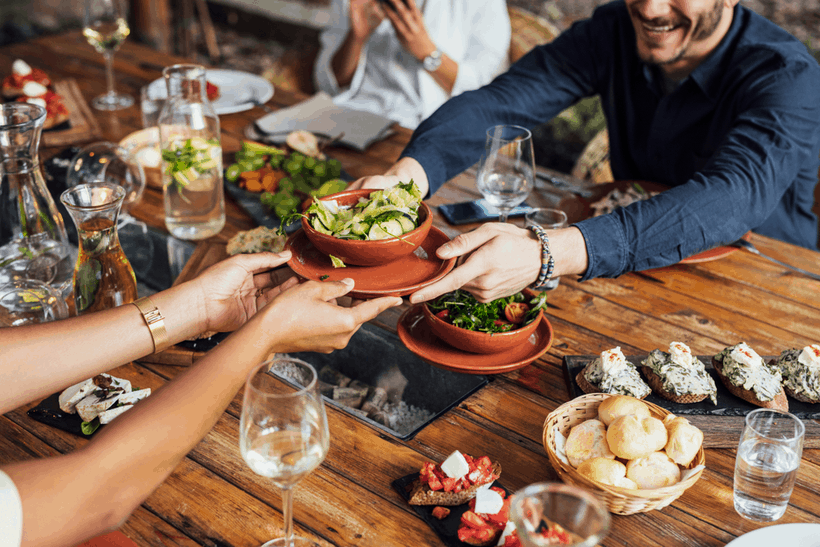 So basically what I mean is, if you’re invited to a party, it’s only normal to make conversation with people there. It’s a social event and you’re there to mingle. But if you’re out and about in public, people tend to mind their own business and do not do or say anything that would pry, even gently, into the life of a stranger or someone they don’t know well.

But again, let me repeat that not at all French people act the same way and there are always exceptions.

77 Little differences about life in France >>

Bottom line: Social interactions are nuanced and it’s all about context. In a social setting, it’s more normal and expected to talk to people you don’t know and to get to know them on a personal level. But in more of a professional context or where you don’t know the person, it’s more polite to mind your own business. It’s not a matter of the French person being rude or uninterested. It’s the exact opposite — they’re just respecting your personal sphere.

I hope that gave you some quick insight into this major French cultural difference that often leads to misunderstandings.

Tell me, have you experienced any social interactions like this that have left you scratching your head? Or if you’re French, have interactions with strangers seemed a little too close for comfort in the U.S.?

Want to be even more prepared for your trip to France? Check out my eGuide here that has all kinds of practical tips and France travel info! 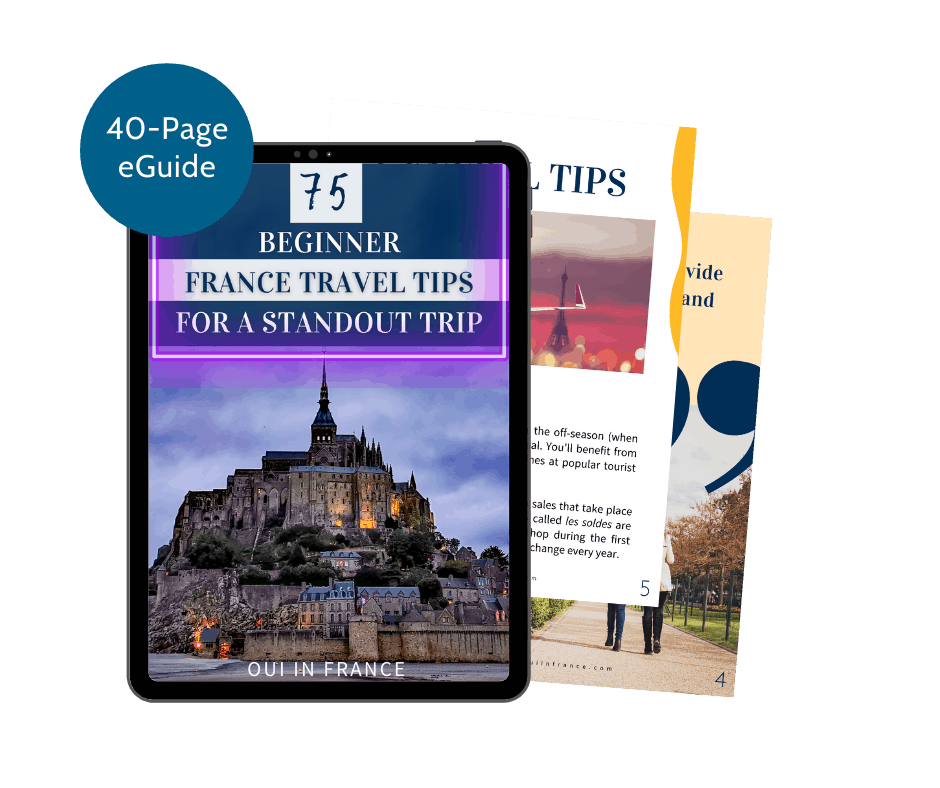 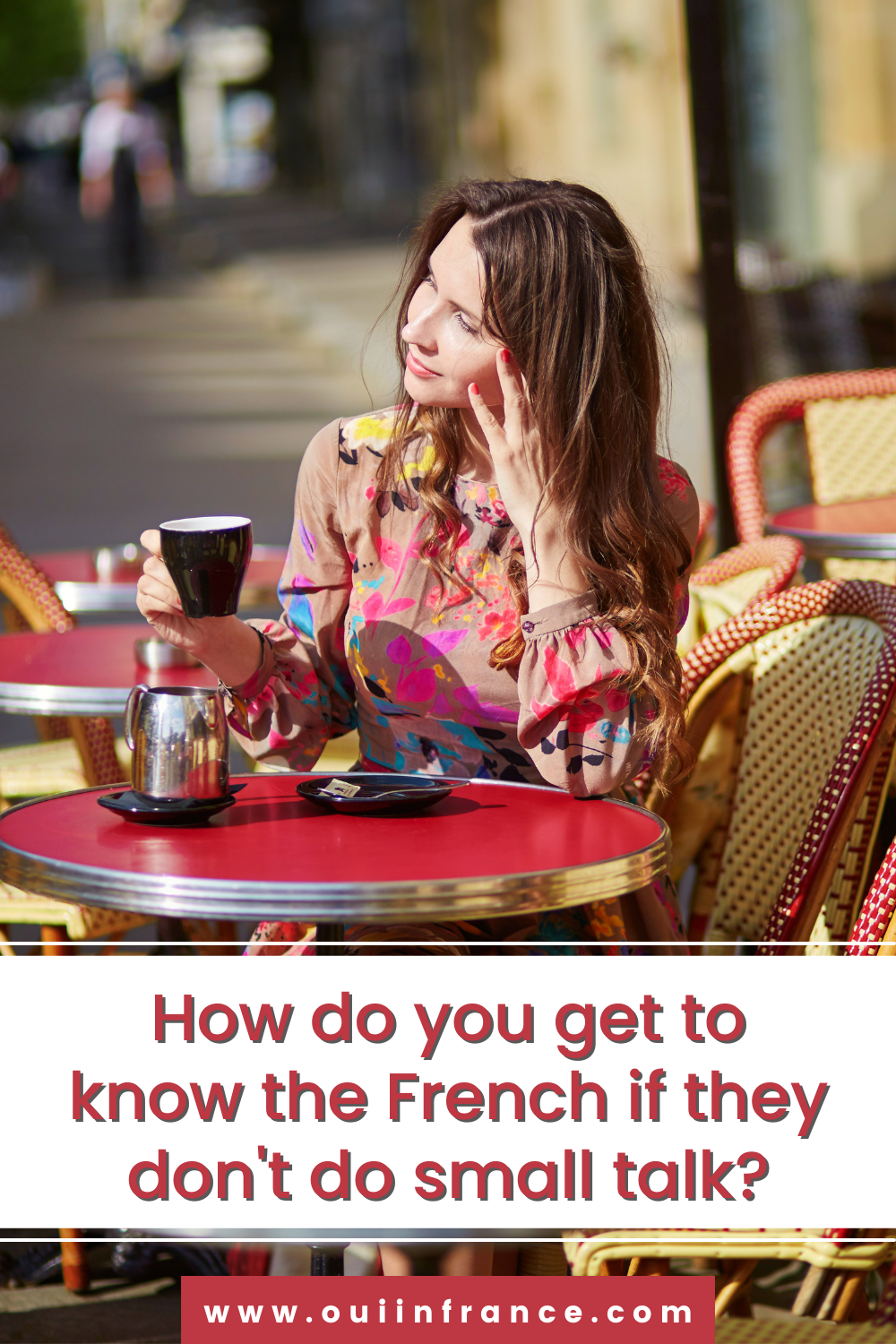 Let’s talk about smiling in France. Don’t do it!

« What I’d do differently if I were moving to France today
Is it safe to travel to France now with the war in Ukraine? My thoughts. »