Life around the world has been far from normal for well over two years. From lockdowns and quarantines to now the war in Ukraine, life in Europe as we know it has been more like a dystopian novel than reality. But the reality right now is that coronavirus is not yet a thing of the past and the war in Ukraine has travelers concerned. Is it safe to travel to France now or other areas of Europe? Is Paris safe for tourists? I’m weighing in with my thoughts.

Is it safe to travel to France now? Is Paris safe for tourists? 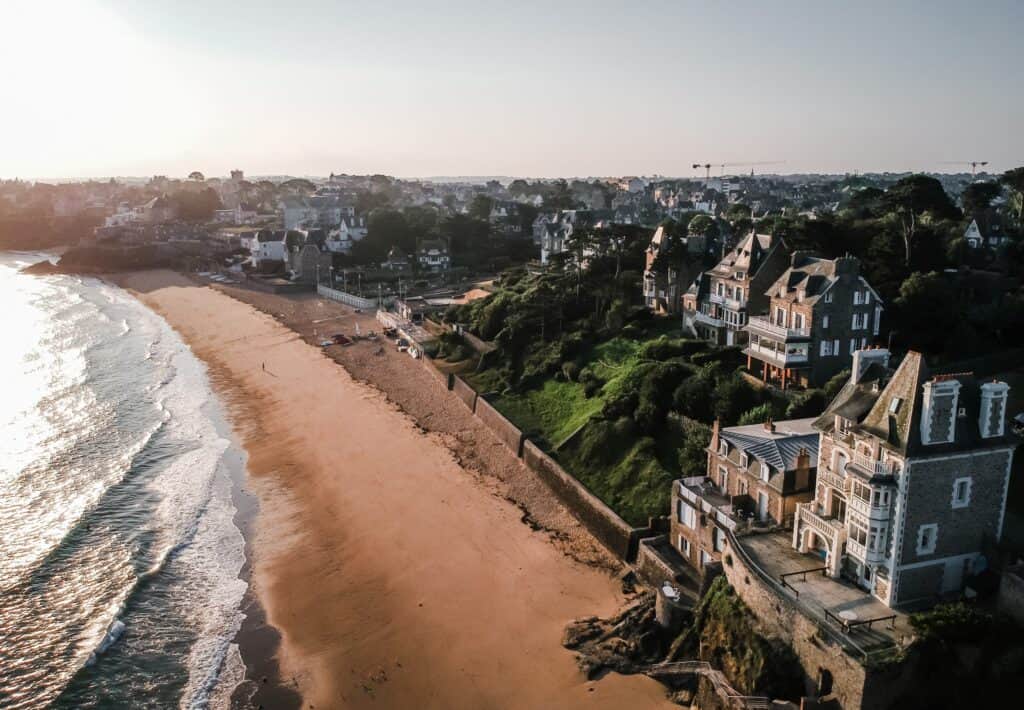 Dinard, view from above.

Readers emailed me pandemic-related travel questions near daily at the height of it wanting to know if it’s safe to travel to Europe. Now in March 2022, the question is the same but the reason behind the question is different. The war in Ukraine is a major concern for travelers right now.

Let me start out by saying I don’t have all the answers. My opinion is my opinion and while I can share what life is like right now along with some questions for you to think about, the decision to travel to France or anywhere in Europe right now is yours and you have to make the best choice for your personal circumstances.

I think the decision to travel to Europe or not right now should be based on facts not fear. But even with the facts, it’s also not a one-size-fits-all answer for everyone. There’s always nuance so I want to be sensitive to that.

Let’s begin with some facts: 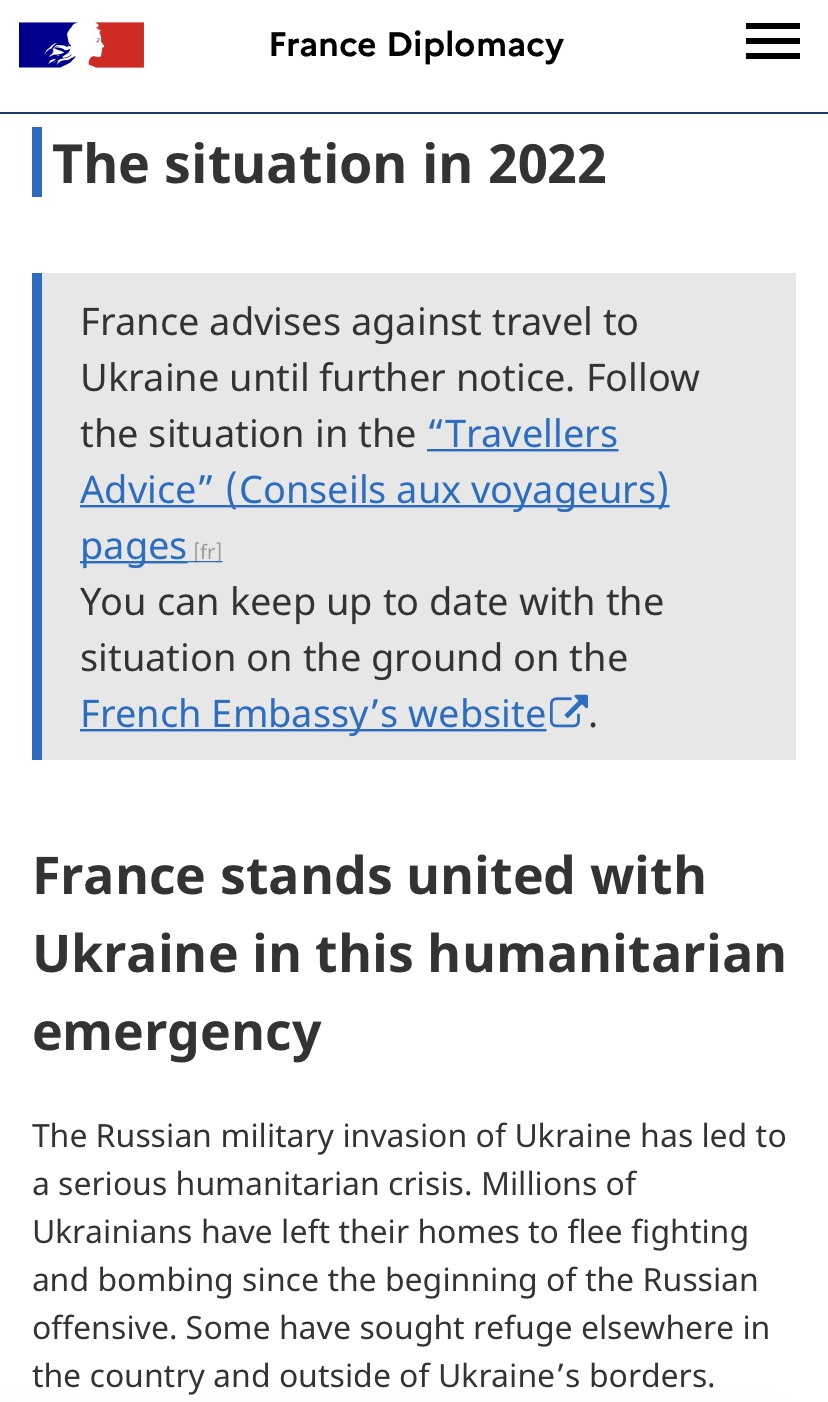 —Russia invaded Ukraine on Feb. 24, 2022 and France’s position as written on their official France Diplomacy website updated March 8 is: “France stands united with Ukraine in this humanitarian emergency.” You can read more about what led up to the current crisis linked here. It’s important to understand the background. The continue, “France has had a policy of firmness, dialogue and solidarity with Ukraine to move towards a political settlement of the conflict and to help de-escalation since the increase in tensions with Russia on the Ukrainian border at the end of 2021.”–As you’d expect, travel to Ukraine is not advised.

–France is not at war with Russia. As reported by France 24 and others, they affirm that
“EU countries and NATO have excluded the option of a direct military intervention in Ukraine.”

–2.5 million Ukrainians have fled the country as of March 11, according to the United Nations. And
-Russian flights have been cut off from US, Canadian, and much of the EU airspace.

-The French government has NOT advised people to stay home and not travel to France. No EU country has at this time.

What advice does the U.S. State Department have for travelers? 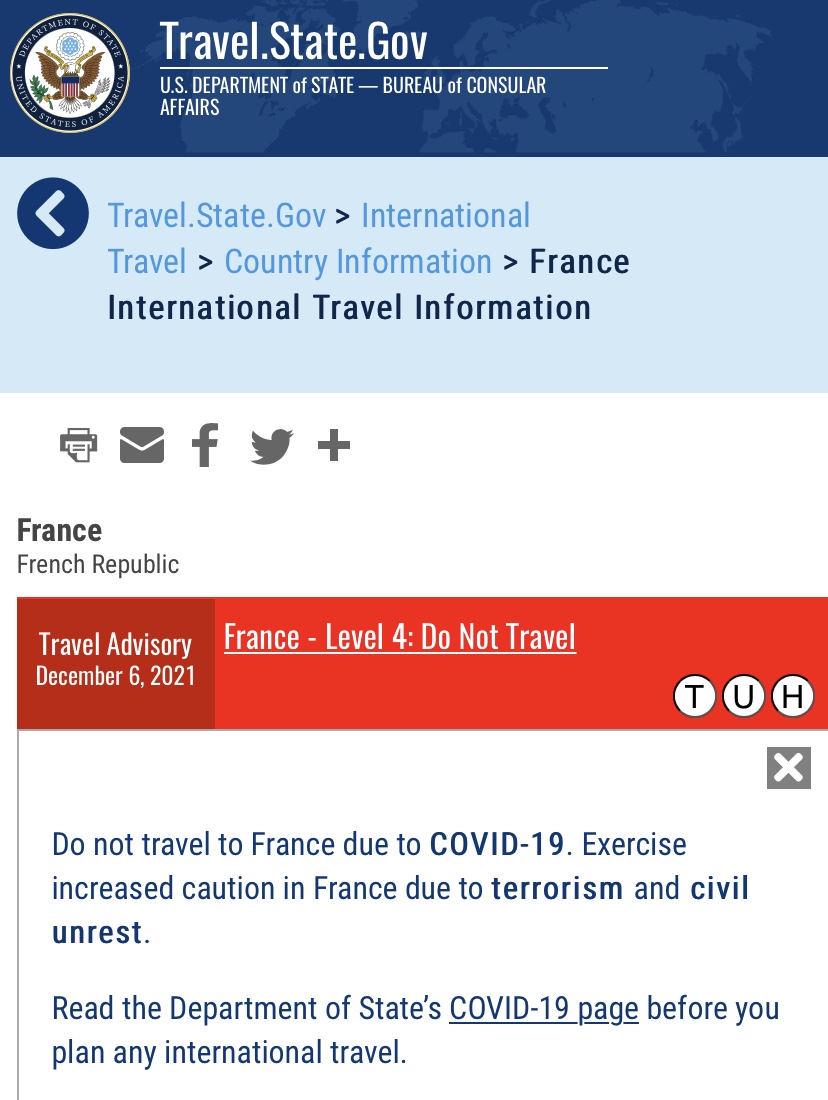 I pulled up France on the France International Travel section of the U.S. State Department website and France remains at level 4 Do not travel due to COVID, and that was last updated December 6, 2021. There is zero mention of the war in Ukraine or Russia.

It reads, “Do not travel to France due to COVID-19. Exercise increased caution in France due to terrorism and civil unrest.” That status has remained unchanged for several months.

That said, the advice noted is solid, given the current crisis as well, most notably:

-Be aware of your surroundings when traveling to tourist locations and large crowded public venues.

-Follow the instructions of local authorities including movement restrictions related to any ongoing police action.

-Monitor local media for breaking events and adjust your plans based on new information.

I would also encourage you to sign up for the state department’s STEP Program (Smart Traveler Enrollment Program), so you are sent email/text alerts if the situation changes.

Now let’s turn to COVID in France. There’s a bit of a bright side, as restrictions have been lifted as of March 2022. 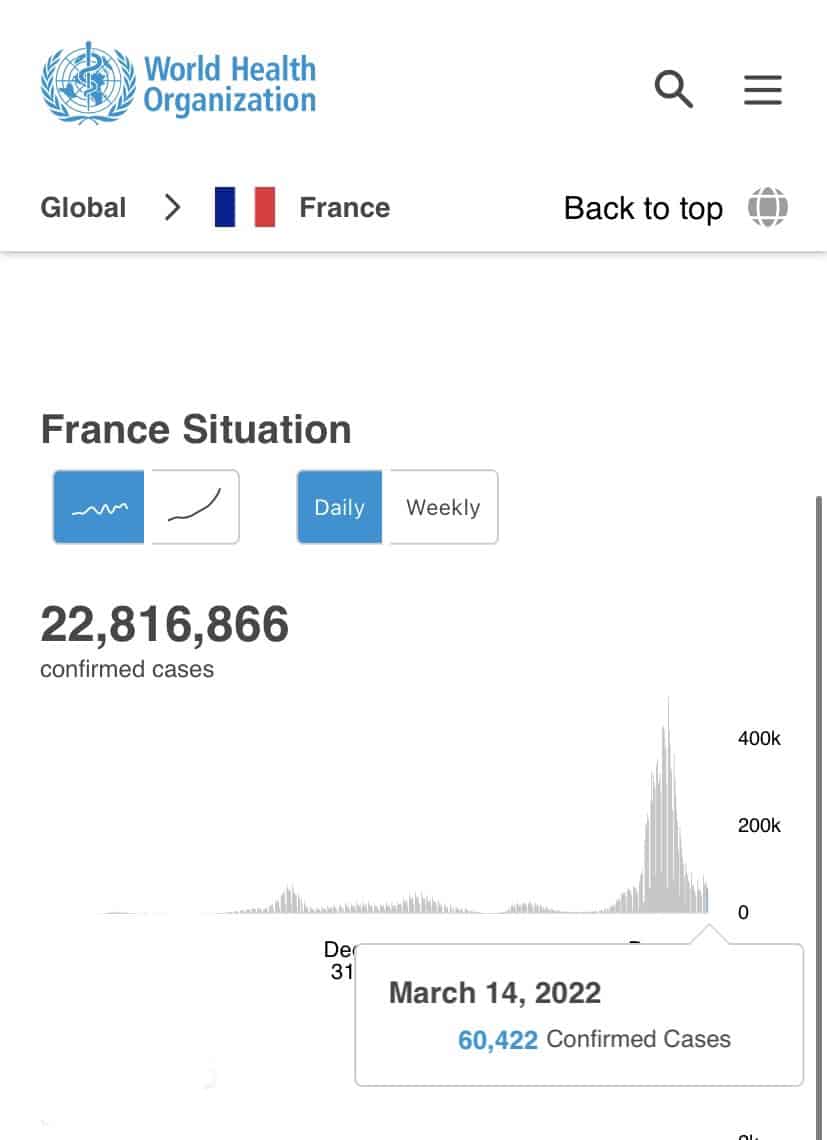 While France’s infection numbers have come way down, COVID-19 has not been completely eradicated. There has been a downward trend in the number of cases over time. It’s not a thing of the past but it seems to be going in that direction. Then as of April 2022, cases seem to be on the rise again.

As of March 14, 2022, rules have changed and you no longer have to wear a mask in places we’ve been wearing them for over two years now. Masks are no longer needed indoors in places like supermarkets and restaurants and for kids at school, exceptions being on public transport and in medical establishments. We no longer need to show our health pass to enter places we previously needed to show it.

But as I mentioned, cases are now on the rise in France so Covid is still circulating.

In terms of travel to France as far as the virus is concerned, the U.S. State department noted this Embassy Health Advisory alert this week: “France reclassified the United States as a “green” country under the French color-coded travel rules scheme.  Under the new rules for travel to France: Fully vaccinated travelers: Must show proof of vaccination prior to boarding” but the vaccine pass has been suspended and mask rules have changed as I just mentioned. And no COVID test is required for entry if you’re vaccinated.

It’s important to stay alert but not anxious. Be cautious. Stay on top of the current news coming out about the war in Ukraine — we can’t bury our heads in the sand if we want to travel to France right now.

Do check official government sites for their recommendations. I’d also suggest that you buy travel insurance even if it’s not something you’d normally purchase. Or at the very least a refundable or changeable flight, just to be on the safe side.

Something else to be aware of is that gas prices are extremely high. It’s over 2 euros/liter in my area and with today’s exchange rate that is the equivalent of over US$8/gallon. If this continues, there may be protests stemming from the gas prices. There have also been protests against the war in Ukraine that might attract large crowds but are generally peaceful.

So again, stay alert. Pickpockets take even more advantage of people in these situations. 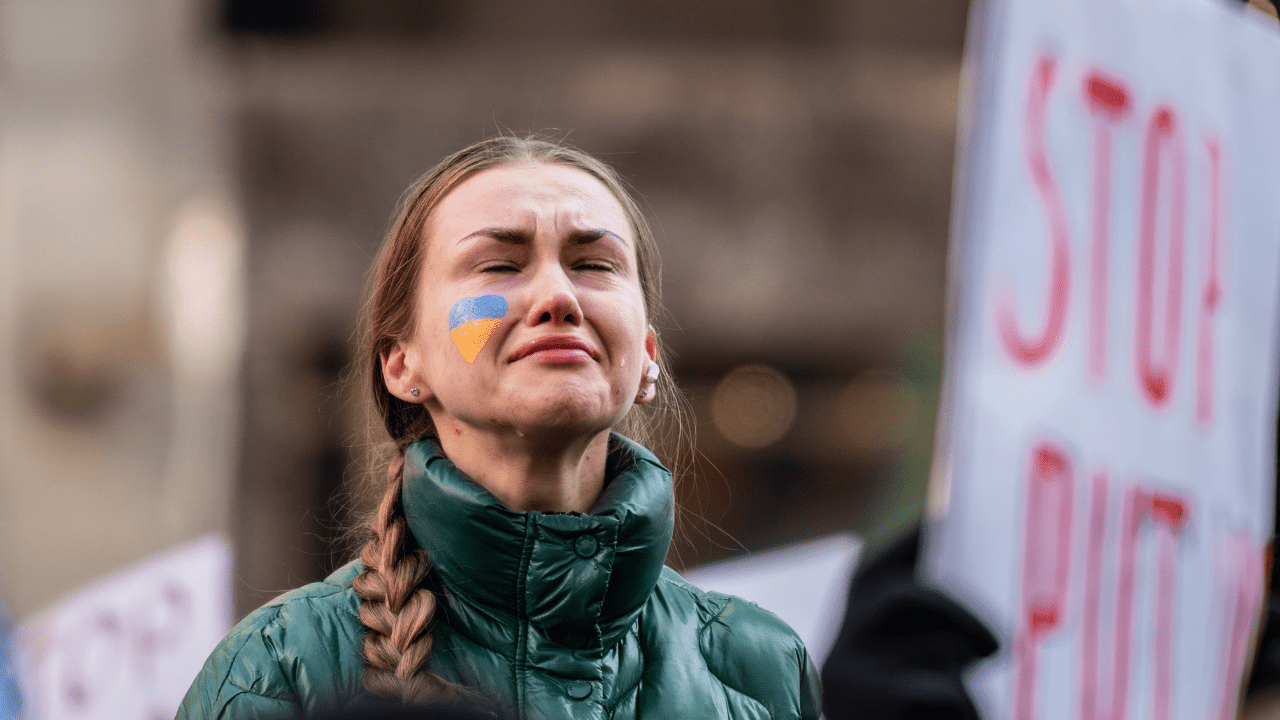 Do I feel unsafe in France?

On a personal note, do I feel unsafe in France due to COVID and the war in Ukraine? No. Could that change? Absolutely. I am concerned about the war in Ukraine. I also don’t live in a big city and I’m in western France.

Turning to French people for a minute, according to poll conducted by BFMTV on March 1, 88% of French people were shocked by Russia’s invasion into Ukraine. Only 8% of the French people surveyed wanted French troops to intervene.

Anyway, I think it’s only natural to be keeping an eye on the unrest and questioning your upcoming travel plans. It would be completely reasonable to travel to a non-Europe destination instead right now or wait to book your trip until later in the year.

Questions to ask yourself before traveling to France 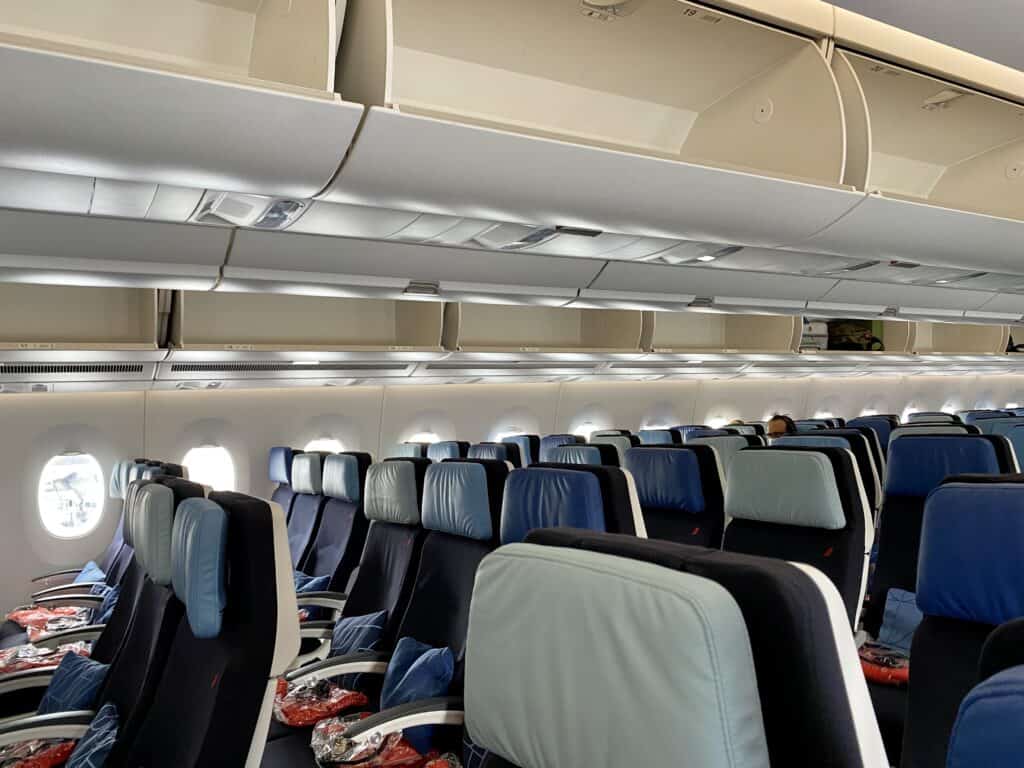 Before traveling to France if you’re wondering, “is it safe to travel to France now?” here are some questions I’d ask myself:

–Are you traveling in the next week or is your trip for later in the season? Will you be visiting countries that border Ukraine as well or just France?

–Are you traveling around France by rental car or public transport? Will gas prices be an issue for your personal budget?

–Do you live with someone who is immunocompromised or elderly? (or are you?)

–How comfortable are you with an unfolding situation and with uncertainty and risk in general? If it makes you very nervous, could you easily postpone your trip until next year instead or is it now or never? Would you be just as happy traveling to another area of the world instead?

–Do you handle the stress of travel delays, cancellations, and rerouting well or will that ruin your trip?

–Are you able to buy travel insurance? Will losing money on a cancelled trip for a few months out be a major hardship?

–If you have to be hospitalized in France, will your insurance cover the cost?

–IMPORTANT: Do you speak enough French to understand warnings about protests and civil unrest if a situation arises? 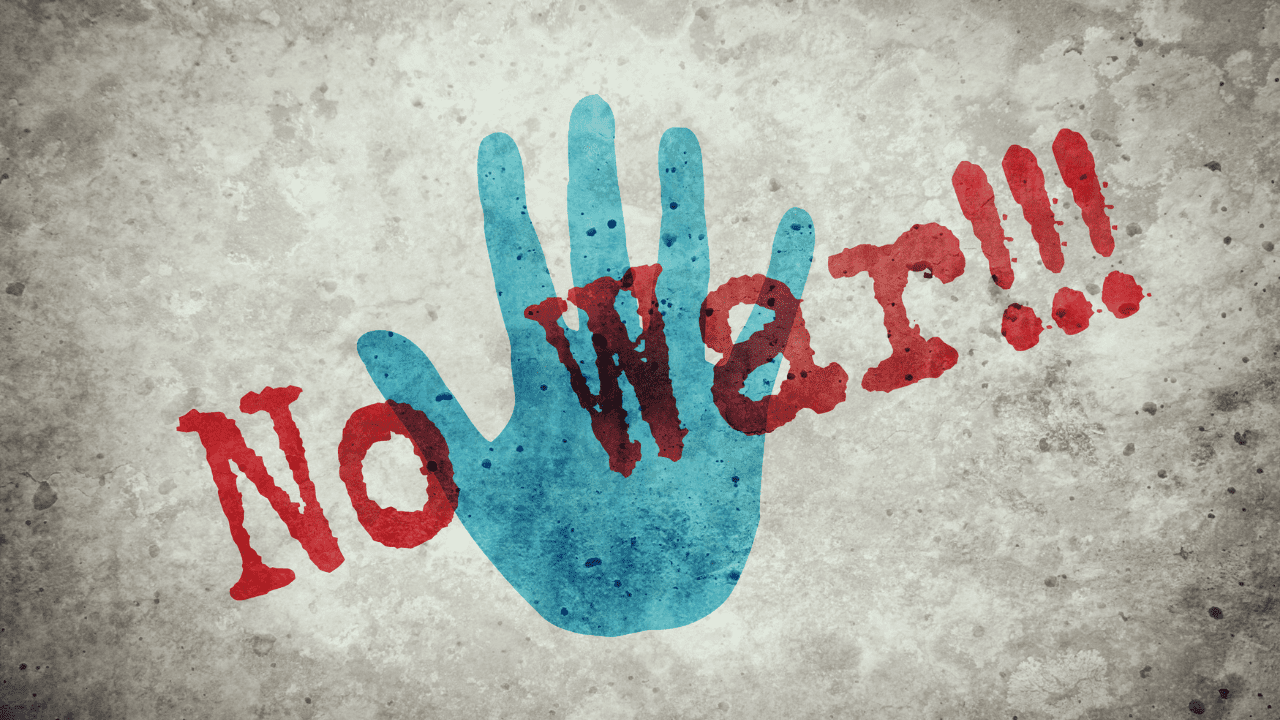 Final thoughts… is it safe to travel to France now?

Let’s get into my final thoughts: If you have travel planned and you decide to come, make sure you are up to date on the current set of rules and the latest out of Ukraine. I can’t stress that enough. Have a plan for you and your family if the situation continues to escalate.

I can’t tell you whether or not you should come to France on vacation. As it stands now it’s legal and possible to fly to France. France is not a war zone and life is relatively normal here.

If it were me, given everything I wrote about just now, I would not cancel upcoming travel plans. I’d continue on with my travel plans to France as the situation stands now. But only you can make that decision for yourself.

Alright, that’s all I have for you. Thank you for listening and on a personal note, war is man’s worst invention. I stand with Ukraine. I want peace. Starting a war is never the answer.

What’s your take — is it safe to travel to France now and Europe in general? Do you have any upcoming France travel plans?

PIN my is it safe to travel to France now post: 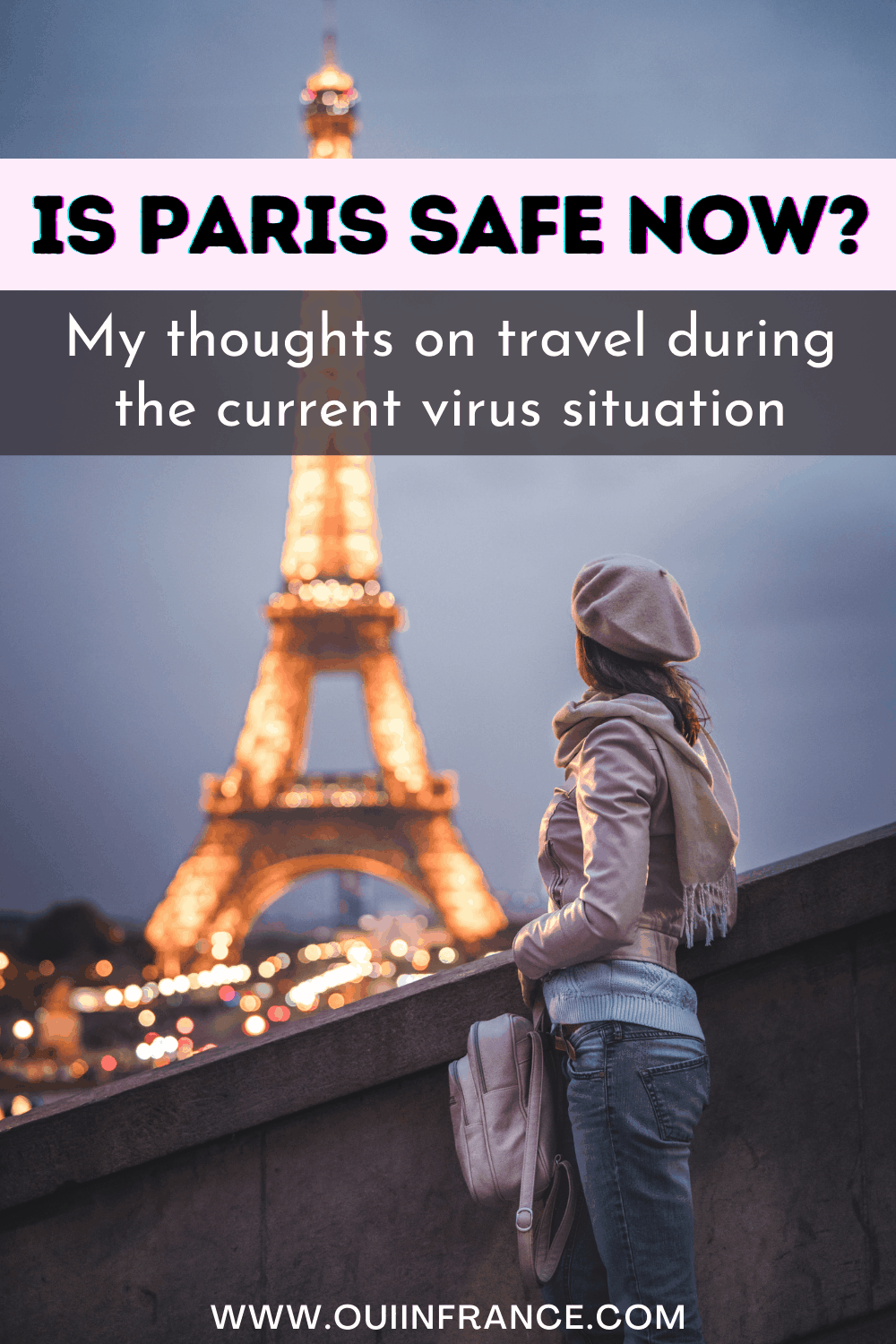 How to stay safe online: A guide for solo female travelers

What’s it like traveling from France to the USA right now?

« How do you get to know French people if small talk isn’t a thing?
My picks for the best French market bags & baskets »