I moved to France in 2012 and you know what they say about hindsight being 20/20. You’ve heard the saying “you live, you learn” and I believe every choice I’ve made has led me to where I am now. I don’t regret any of the decisions I’ve made. We try, we make mistakes and then we grow from them. We can’t go back in time, but when we know better, we do better. So if you’re looking to move abroad to France, maybe some of what I talk about in this post can better prepare you. If I were moving to France today, here’s what I’d do differently this time around. 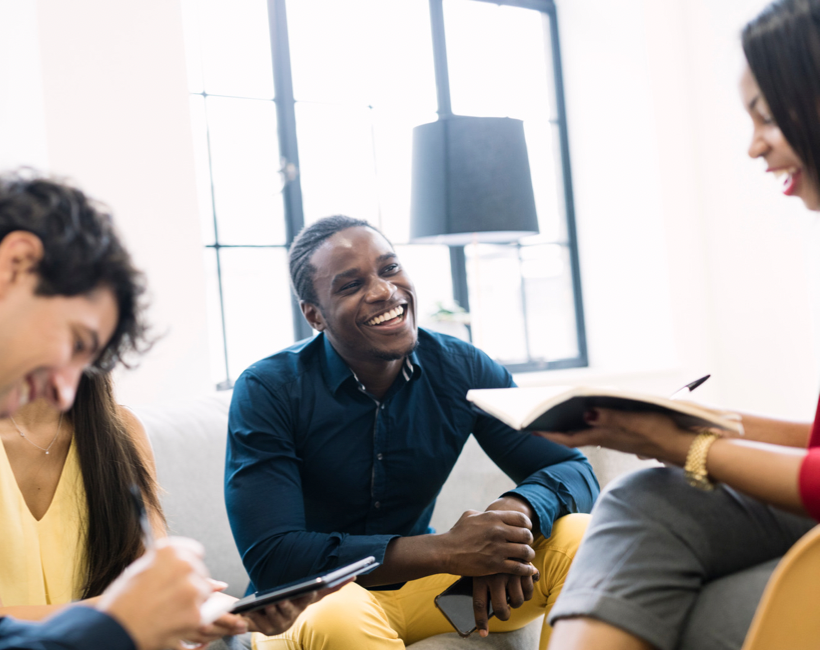 1. I would have put a focus on language comprehension and actually speaking the moment I knew I’d be moving to France.

Speaking/understanding actual French should have been the focus! Not grammar, not writing and reading but actual speaking and listening practice. I think classroom learning is great, but a lot of time is spent on grammar and writing and there’s not always enough real-life speaking practice.

When we will soon be face to face with actual French people, preparing ourselves by practicing speaking and comprehending in real time is so important and something I majorly underestimated before moving. We don’t know what we don’t know, so I got up to speed but it took a while before I felt confident.

For so long, all the words just sounded like a jumble of sounds and I’d understand the first half of the sentence but not the second or I’d understand the end but the beginning telling me who or what was doing something. Spoken French is nothing like classroom learning.

I wrote a separate post that goes a bit deeper into why comprehension needs to be our focus, so check that out for more on this.

Grammar and reading and writing and all of that are important but preparing yourself as much as you can for conversations should be the top priority if you’re moving here. These days it’s so easy to watch French shows and movies, listen to podcasts and all of that stuff which didn’t exist to the same extent 10 years ago. So take full advantage. You’ll be setting yourself up for success!

2. I would’ve worked harder at making connections and networking with people already in France so that way when I arrived, I would have had a network.

When you first move, especially to a small town, it can be pretty isolating. If I had made it a priority ahead of time to seek out other foreigners who just moved or French people looking to have a cultural exchange, I think it would have made my first six months here a bit less lonely. Now there are so many FB groups and networking is a bit easier than it was 10 years ago.

I think I avoided networking in advance because I underestimated the difficulty of making friends in a small town and the importance of having a network. I got sidetracked by packing lists, trips we’d take, getting my visa and overlooked this step. 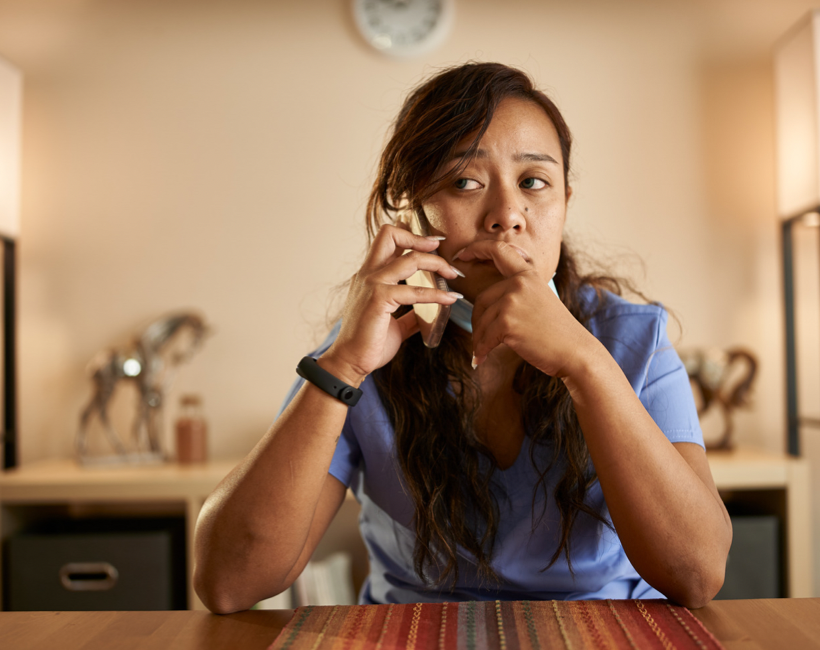 3. I would have relied less on my husband to do the important phone calls in the early days.

OK, you know how this goes. You’re nervous to begin with and then when you start making mistakes or you don’t understand, your nerves make you mess up even more, even on the easiest of phrases. Been there!

I remember calling a bank once in 2012 and not understanding much and then was so proud to get out my important question, eager for the answer, just to hear the woman tell me, “Ma’am, i just explained that.” Oh man…. That’s cute when you’re an 18-year old student, but as a fully functional adult, the whole language learning process can be a major hit to your ego. Or your sense of self. Making you turn inward completely.

People understood me just fine but it was so hard, for a long time, to understand what was being said to me. Anyway, this point ties into the first one I mentioned about focusing on comprehension because if I had felt more comfortable talking to people especially on the phone, maybe I wouldn’t have had to rely on Tom as much. And maybe I should have just muddled through some of the calls I asked him to make.

But I didn’t want to miss important information on the phone with the bank or miss the appointment time, so I defaulted to Tom doing the hard conversations for me especially in the beginning. I think the move in general was overwhelming at first and I just did what was easiest — let Tom handle the hard stuff. It all worked out but I probably would have become comfortable sooner if I had just done it myself.

4. I wouldn’t have let our default language become English at home.

Rosie of Not Even French just did a really thoughtful video on this and I relate to all her reasons about why she speaks English at home with her French husband. So definitely watch that for more insight into this.

What it comes down to is that Tom’s level of English will always be better than my level of French. Because of that, early on in our relationship we got into the habit of speaking to each other in English more than half the time. Then it just become the default language. If we had spoken French at home at least some of the time, I’m sure I would have gotten up to speed a lot more quickly and felt more confident speaking to people my first year or two here.

But yeah, I feel like I only know Tom in English and it’s weird to me when he speaks French. I just think of him as my husband who speaks English with an accent and not a French guy, if that makes sense to anyone out there. When you establish a relationship in one language and get to know the person in one language, it’s so hard to break your habit. So we can still work on this and maybe there’s still hope to speak French some of the time. We’ll see. 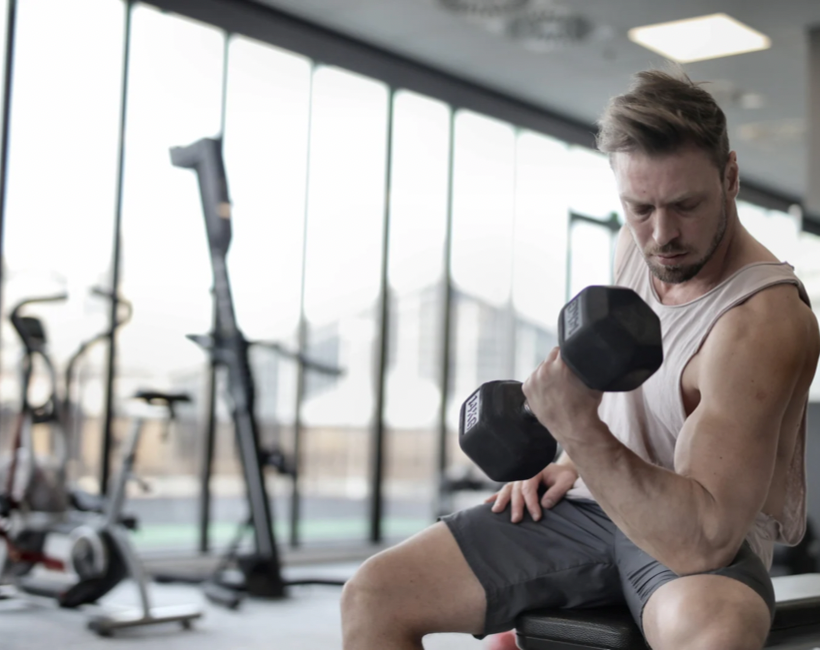 5. I would have joined the gym right away.

Fitness has been a part of my life since college, but when I moved to France, I quickly learned my small town didn’t have the same type of gym facilities I was used to. The only gym here in town I could walk to had old equipment, just a few classes and was not motivating at all. So for over a year, I worked out alone at home or at local parks instead of spending the money on a gym membership.

Eventually my solitary routine got boring (this was well before the Peloton and Les Mills apps came on the scene), so I joined my local gym and it was the best decision I ever made. Anyone I consider an acquaintance or friend here is someone I met through my gym. For the social aspect alone, joining a gym was worth it!

My advice is: If there’s an activity you really enjoy, seek out a club or association right away – for a hobby or any activity you’re interested in. Don’t delay!

OK, I want to know from you below what things you would have done differently if you got a moving abroad do-over, and if you can relate to anything I said above.

Moving to another country and having doubts? You’re normal!

9 Things NOT to pack when moving to France

« What currency does France use? MUST-KNOW money tips for Paris!
How do you get to know French people if small talk isn’t a thing? »