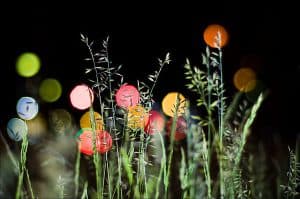 Not every day is a good day. Loneliness is one of the biggest challenges expats face. Truth: It’s hard to make friends as an adult! Especially when you’re new to an area. From a different culture. In a different language. In fact, a survey conducted by Barclays International Banking concluded that 44% of expats in France say loneliness is the biggest hurdle to overcome.

What do I think about the lonely expat problem? Read on!

I don’t have any friends here. There. I said it.

It’s true. I don’t have a single friend aside from my husband and his parents in France. No, I didn’t just arrive last month. And no, I’m not a hermit. There are neighbors I make small talk with in the elevator and fellow dog owners that I talk to at Dagny’s dog school (and that cooking class, and the gym I joined… the list goes on) — and people find me humorous and outgoing. For small talk anyway. But there’s no one I could call up and vent to (French or otherwise) or invite out shopping or over for coffee.

If you haven’t figured it out, this is a very honest post.

I think it’s very easy to focus on creating that perfect expat facade, but the truth is, once that honeymoon period of a new place wears off, the reality not so gently becomes painfully obvious and real life issues tend to creep on in. Living away from your friends and family is hard sometimes. Plain and simple. Anyone who tells you otherwise is living a lie or hasn’t gotten out of that honeymoon period yet.

No. Well, not really. Not usually. But as someone who had a lot of friends back home, sometimes I reflect on life in France and miss that part of my old life. That’s not to say that I don’t love it here. I do, most of the time. But nowhere is perfect. And I take full responsibility for the good and the bad. It was my choice to come here.

Why do I have no friends, you ask? No, this lonely expat problem is not because I don’t speak French. I do speak French. Here are my reasons. It’s a few things: 1) I work from home so I don’t have a job social life 2) I live in a small town in the suburbs that isn’t very young and that doesn’t have much going on (and is far from Paris, where it seems like a lot of expats live!) 3) I don’t find the French very open to making new friends. 4) I don’t try hard enough.

#4 is the real truth. I think it’s easy to get caught up in your day-to-day routine and to just go on with your life. Our lives are what we make of them. I’m a firm believer in that and tend not to wallow for long, so I think I need to try harder. A girl needs friends, right?

Normally I’d be up for the challenge like in other areas of my life and would have fun in my attempts to overcome these obstacles. But it’s not so easy. I’ll try, not succeed, and then get discouraged not wanting to try again. The lonely expat cycle repeats. But this shouldn’t be impossible, right? I live in France — not some semi-deserted island in the middle of nowhere… 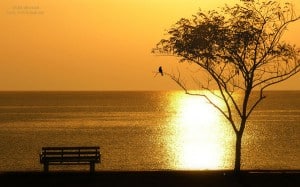 To get my friend fix, I’ll call someone from home, look at Facebook pictures and get caught up on others’ lives via technology. You can’t help but yearn for what you’re missing back home, though. Lately, I think I’m longing for a real friend. Maybe someone with a dog so again I don’t have to force Tom to go on excursions he’d rather pass on. So what have I done? I’ve been pursuing work opportunities in France. Stay tuned for updates on that…

What’s my plan? I’m going to put myself out there and go for it. What’s the worst that can happen? 2013 is the year for me to make friends. And dammit, I’m going to DO THIS!

Can any expats out there relate? Are you a lonely expat?

« French vet costs and care: A big thumbs up!
What are other travel bloggers up to? The State of Travel Blogging 2013 infographic »