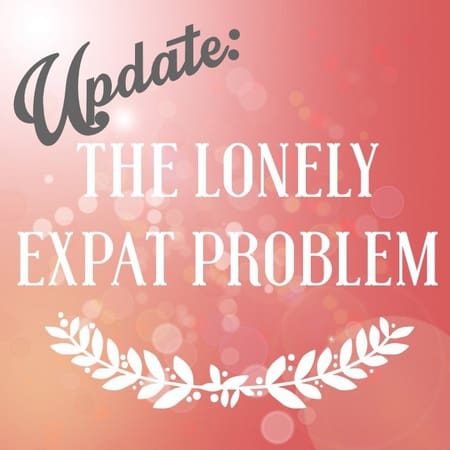 Hi all, about two years ago I published a post titled The lonely expat problem: Making friends is harder than it looks which resonated with so many expats out there. Frankly, it was sad and surprising to know that so many of you were experiencing the same thing I was and also comforting at the same time to know I wasn’t alone in what I was going through. A recent comment on that post asked for an update and since the situation in the friends department has changed a little bit — for the better! — I figured I owe you all an update. So here it is…

When I wrote that lonely expat post about making friends abroad, I had been in France about one year. I’ve been here three years now and the change for me has been over the last six months. What changed? Something really simple. I joined my town’s gym. And it was the best thing I could have done for myself — both socially speaking and for my fitness.

I think it’s very easy to focus on creating that perfect expat facade, but the truth is, once that honeymoon period of a new place wears off, the reality not so gently becomes painfully obvious and real life issues tend to creep on in. Living away from your friends and family is hard sometimes. Plain and simple. Anyone who tells you otherwise is living a lie or hasn’t gotten out of that honeymoon period yet.

At the time, making friends abroad wasn’t going well at all, and I pretty much put the blame on myself. I felt guilty for not trying hard enough to put myself out there.

But it’s easier to say you’re going to put yourself out there than to actually do it.

One of my first steps way back when was to put up a profile on the meetup site OnVaSortir but shortly after joining I had a stalker “friend” who was very hard to shake. That discouraged me from sticking with that because I wasn’t meeting compatible people. I’d put my time and effort into work and friends back home and just enjoying France, letting the whole making friends abroad thing just get worse.

To put this in perspective, let me clarify what I mean by saying I didn’t have any friends in France. I’m sure some of you are thinking, “Well, maybe she means no friends of her own, surely she’s friends with Tom’s friends and family.” No, actually. Aside from Tom’s twin brother who lives hours away and his parents, I’ve never met any of his other family members. And since he’s not from where we live, he doesn’t have any friends from the area either aside from work acquaintances that we don’t see socially (see, it’s hard for French people too! And I’ve heard that from several French people). So at that time, my social interaction consisted of talking to friends/family from home, Tom and smalltalk with other dog owners in the park or the occasional weather chat with neighbors or shopkeepers. That’s it. Really.

But since joining the gym, that’s changed.

The gym employees probably think Americans are gym happy or something because I am sure I looked a little too excited to slap down a 150 euro initiation fee and 46 euros a month.

But the point here is that I made a change. I’m a big fan of taking action if you don’t like the situation you’re in (after you’ve wallowed for a bit, that is). If I kept going the way I was going, I’d still be sitting around wondering why I didn’t have any friends. But again, that’s not to say that it’s the expat’s fault if it’s hard to make friends. It really is HARD and I stand by that. But it’s hard anywhere. It’s hard if you move to a new city in your own country. I do believe we have to do our part though in making things happen for ourselves. And I finally found something that worked for me. 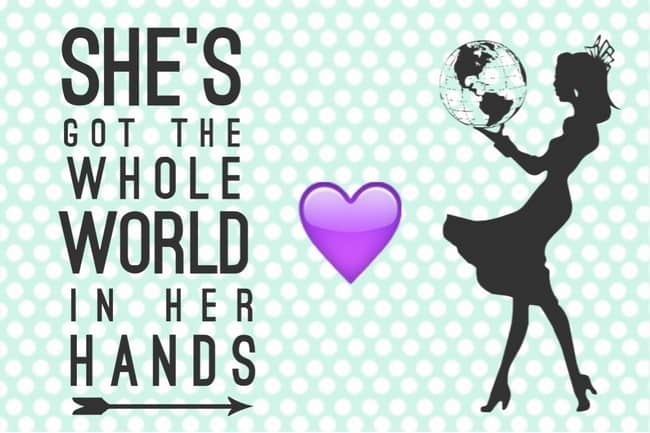 So how’d the gym turn into friends?

Long story short: After a month or so of hitting the gym consistently, I became friends with one of the employees at the gym and friendly with all of the staff and a few other members I see in classes. Do I consider them close friends? No. But I do have that one friend at the gym that I’ll get coffee with or meet up with here and there, eat out with, go to a basketball game with or call just to say hey. And a handful of acquaintances and people I look forward to chatting with at the gym. Like actual conversations beyond smalltalk. Major improvement, right?

So I put myself out there, made the effort to talk to random people despite being scared and the obvious outsider and it’s worked out. Through the gym, I met an American couple where the guy plays on a local pro sports team and also met some Canadians in the same situation. I never would have even heard of them if I hadn’t joined the gym and at least tried to be social. It’s just lucky for me that I am into working out so it’s a win-win. 😉

I’ve also connected with so many of you via my blog in the comments and through emails (and most recently in my holiday expat exchange), so thank you for that. And even a few of you in person!

I think part of putting yourself out there is admitting it’s scary, that you’re going to mess up and be uncomfortable — and then getting over it.

It’s hard talking to new people because I get nervous and mess up more than I normally would, but who cares. At this point, I don’t. I’m doing the best I can and my “otherness” actually adds to my charm, or so I’ve been told. People find the accent intriguing and some people talk to me because I’m different and they think it’s cool. And I’m sure others hear me talk and steer clear. But all you can do is keep on trying and I promise you that things will turn around.

What else can I say on making friends abroad?

Use every tool at your disposal to connect with people. Maybe you have a blog or an old neighbor who knows someone who lives in France or a colleague who used to live in France or a sports association in town or a volunteer opportunity. Follow every single lead you have because honestly, what do you have to lose? Nothing, and everything to gain.

So for any expats out there interested in making friends abroad, I think it’s important to find one activity or group that you connect with, whether it’s a church or sports affiliation or hobby group and pursue meeting people through that — and do it sooner than later. (Total aside: Did I ever mention I met up with American Mormon missionaries in town — they bumped into me on the street when I was walking Dagny — and actually went to church a few times? I’m not Mormon (or religious in general) but it was a way to connect with people. As it turned out, no friends came out of it but you never know.)

If you have no groups or activities near you, start something or set up a Facebook group for those who may be in the area with the same interests. And of course, make sure you’re at least decent with the native language. If I didn’t speak French, I’d still be friendless since there are very few English speakers out where I live. But don’t let the language stop you either. My underlying point is to do something, anything, and let the cards fall where they may. Doing is what produces results.

To wrap this up, I’d just like to remind any struggling expats out there that time, positive thinking, some major effort and a little bit of luck all go into making a crappy friend outlook into a better one. I’m proof. And you always have a friend here. Write me anytime.

Any expats out there want to chime in about making friends abroad? 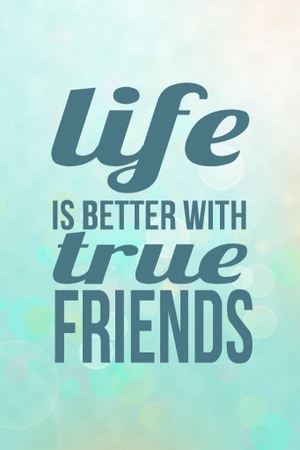 Lonely expat problem: Making friends is harder than it looks

« Brittany France pictures from our weekend via Instagram
Exercise embarrassment: When your moves look weird & other “oops” moments »