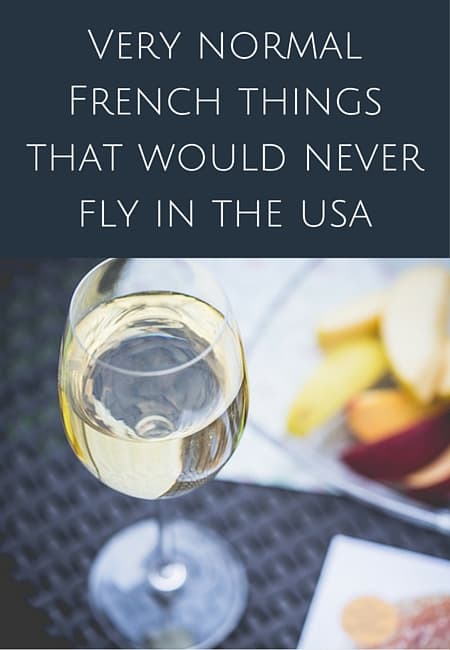 At first glance, French and American cultures don’t seem that different. But the longer you live in France and the more time you spend with the French, you’ll notice all the differences between the two ways of life. Sometimes they’re funny, interesting, cool or straight up baffling and weird. Let’s take a look at very normal French cultural things that would never work in the USA.

Very normal French things that would never work in the USA

Hey guys, I wrote a post a while back on American concepts that haven’t caught on in France so thought I’d do the opposite for you today.

The French concepts and societal norms below are highly unlikely to ever become commonplace in the USA — but it’s still fun for me to point them out. Yes, I know we’re talking about two separate countries and cultures here so of course they’re not the same and they never should be. Let’s take a closer look: 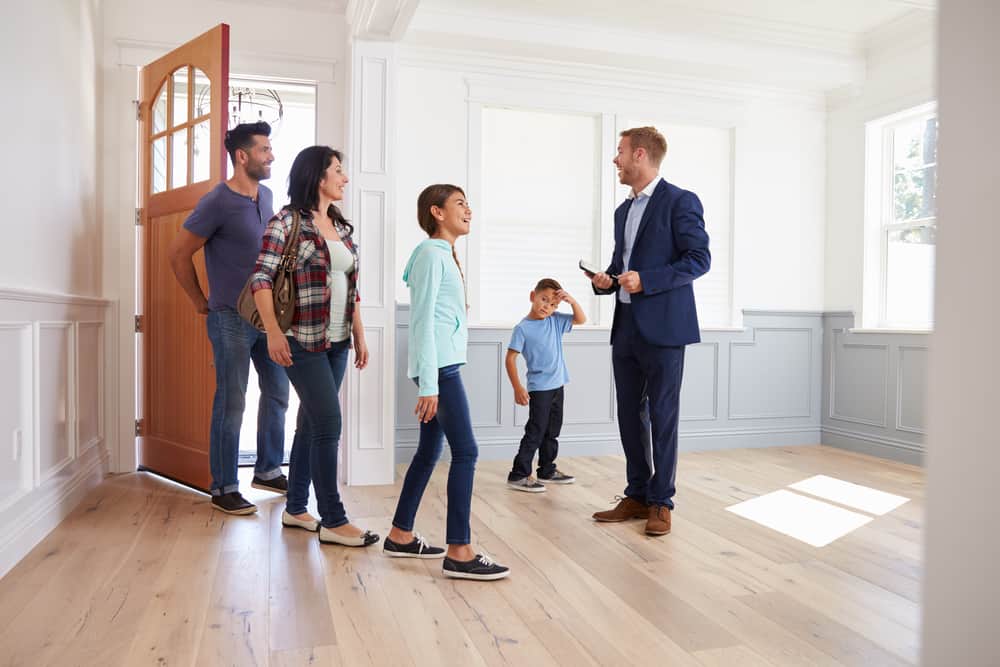 Realtors scheduling a house showing when the owners are home

Usually in the US when someone is selling their home and a realtor has a potential buyer ready to see it in person, the owners are asked to leave their home while the showing is taking place. That way the buyer and realtor can discuss everything freely without having to worry about the owner overhearing them. But not so in France!

When we were house hunting, if the owner happened to be home at the time of the showing, they stayed put and sometimes walked through the house with us! I kept all my comments positive for this reason. A plus? It was handy to have the owner around to answer specific questions the realtor might not know the answers to. 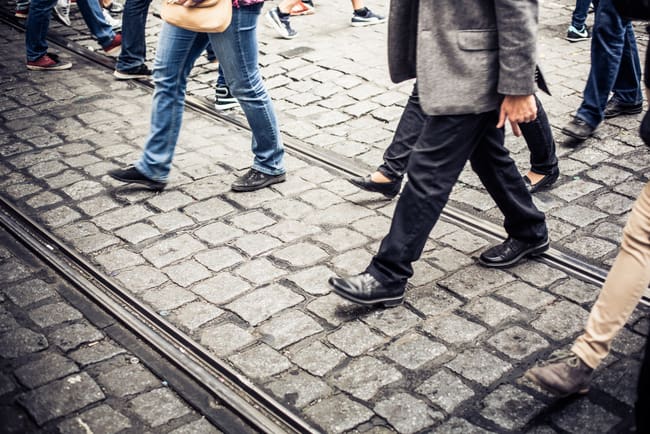 Taking the month of August off from work

That’s a recipe for getting fired in the USA. OK, maybe not everywhere but most jobs would draw the line at 2 weeks of vacation at a time (and even then some companies may only allow 1 week at a time) unless there are extenuating circumstances. In France, all full-time employees get 5 weeks of paid vacation per year. It’s required by law. it’s very common for employees to peace out for 3 weeks or even the entire month of August for some much-needed vacay. Totally normal. There’s even a word for vacationers who take time off in July and August. Oh, and sick time doesn’t come out of your bank of vacation days either, like it sometimes can with employers in the USA.

What the French find weird about Americans >>

I’ve written about volets (French shutters more or less) several times on my blog and it’s no secret I find them annoying. It seems like everyone I know is obsessed with opening and lowering their volets. Yes, they serve a purpose and they’re a part of French culture but American houses survive just fine without this constant opening and closing of shutters so we’re not likely to change that in the good ol’ US of A.

Some French people have automatic ones and others require you to actually open your window (that lets the cold air in during the winter!). Where are volets useful? Parts of Alaska that stay light during the night some parts of the year and hurricane-prone areas. Last time I checked, France isn’t prone to hurricanes. Blinds and double or triple pane glass work just fine. I think it’s safe to say Americans will not be jumping on the volet bandwagon any time soon.

I thought striking was just a stereotype until I worked in a few French schools back in 2009 and saw strikes firsthand.  It’s like the French take pleasure in disrupting people’s lives. Does striking actually work? I guess so or they would have stopped doing it. Air traffic controller strikes, teacher strikes and even tractor strikes are fairly common occurrences.

In the USA, people do strike but it’s not on the same scale. If everyone went on strike I think they’re more likely to all get fired than to get what they want. In France, it’s much more difficult to get fired and at-will employment is not the norm. Striking is definitely not seen the same way in the US as it is in France. It’s part of French culture. 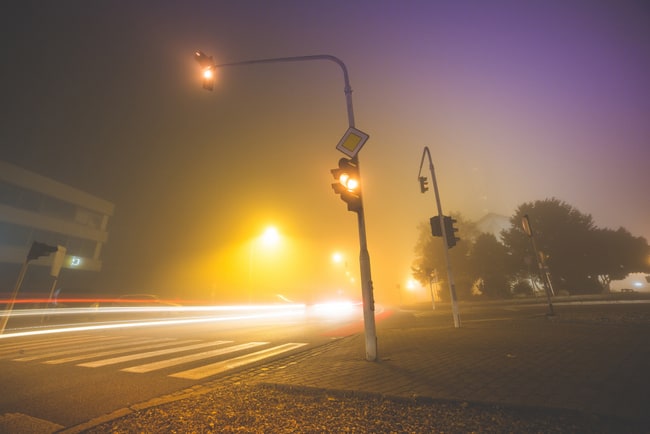 If you’ve taken the autoroute from Point A to Point B in France, you’ve probably noticed the exorbitantly high cost of tolls (except in Brittany, another plus of the lovely region!). From where we live to Paris (about a 4-hr drive), it’s over 30 euros each way just in tolls! Back in the USA, throwing 35 cents as you drive through the toll plaza is normal or a few dollars here or there, but it’s pretty easy to drive long distances in the US and not pay a ton in tolls. The 18-hour drive from New Jersey to Florida is more or less free from a toll perspective depending on what route you take. The high cost of tolls in France shocked me! (and still does!)

No school on Wednesdays

In the USA, most public schools are in session Monday through Friday. In France, that’s not the case nationwide and certain age groups have off the whole day on Wednesdays and are even required to go to school Saturday mornings. Does that make any sense? This isn’t the case across the board, as some schools do things differently after a new ruling took effect, but even still it’s quite normal for me to be out at the park at 10 am during the week with Dagny and see kids just walking around. I don’t know how French families manage childcare if both parents work. Americans would not be down with kids being off every Wednesday.

Most French people have a carte bleue and use it often — even for small purchases. It’s a debit card with a chip that can be used to pay for everything from tolls to restaurants and anything really. In most cases, the money comes out of your account right away just like an American debit card. What French people don’t have, though, is a selection of credit cards in their wallet that allow you to pay at some point in the future.

While the concept of credit isn’t completely foreign to the French, most banks don’t offer a credit card option. It’s not mainstream. The great part about this is that the French tend to be less in debt than Americans because if the money isn’t in their account, they can’t make a purchase. Americans seem too attached to their credit cards to go debit card only! I’m included myself in that generalization — I like earning points for airline miles! I’ve written more about French banking here.

Forget just tu and vous and saying hi and bye to shop owners — even the way the French address each other (Mr. or Mrs. So and So and not your first name even if you are on the younger side) has me raising my eyebrow at times. I’m technically a Mrs since I’m married and all, but just call me Diane at the dentist or at the pharmacy! I won’t be offended!

Also, there’s no need to tell me to have a good day three different ways. I got it the first time! French politeness is something I had to get used to since American interactions tend to be more casual, but now I seamlessly incorporate it into my interactions in France. Are Americans ruder than the French? Maybe we’re perceived that way if you base it only on social interactions. I think if I used the same level of politeness in the USA when out and about as I do in France, people would look at me like I had three heads. And they have!

When French co-workers grab lunch with colleagues, they don’t hesitate when it comes to ordering wine. A pichet split among the table is more than fine and no one even bats an eye. It’s completely normal to have wine with your meal and isn’t a faux pas in the least. I’m not saying this would never happen in the US, but let’s just say in France, it’s much more commonplace to have a glass of wine midday when out to eat with colleagues. It doesn’t mean you’re getting drunk or even tipsy. It means you’re French and enjoying your meal!

What aspects of French life would you add to my list of things that wouldn’t work in the USA? 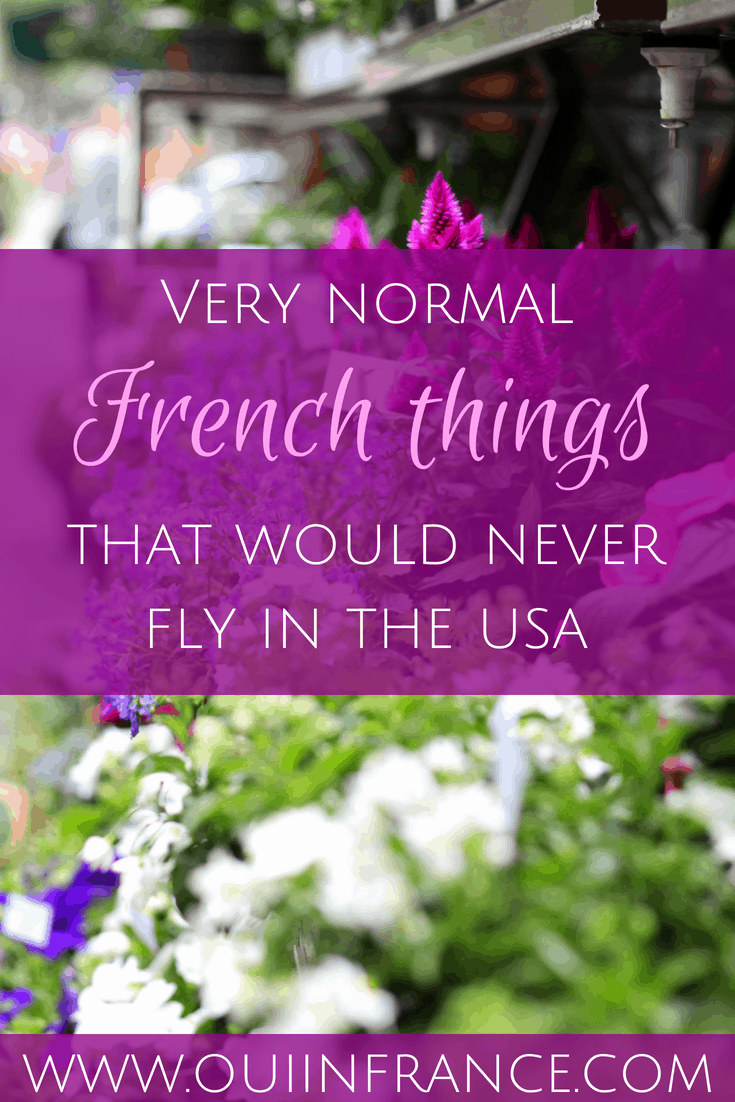