France is the only country I’ve lived in aside from the U.S. and I experienced a bit of culture shock when I first arrived. There was definitely an acclimation period. Luckily, I had Tom as my lifeline to help navigate the ins and outs of French culture and I adjusted just fine. I think?

These things aren’t really that shocking — even less so now that I’ve been here for a while — but for a newbie, these cultural norms in France might make you laugh, cry, throw your hands up in exasperation or leave you scratching your head.

I could probably write a list of about 50 things all about culture shock in France, but here’s the short list (maybe a Part 2 coming soon?).

Here’s what might surprise you about France culture shock:

1. The French actually pay for things with checks.

No, it’s not 1995! It’s modern-day France and your eyes are not deceiving you. That IS a checkbook and check you see that lady whipping out in front of you at the grocery store. And yes, I’m talking about paper checks — those things that come in a checkbook that you sign and rip out to pay for stuff. I see it at the grocery store all the time. Or at the doctor. Or pharmacy. Totally normal method of payment and quite common in 2015.

The French love their pharmacies and so do I. The flashing green signs light up just about every town center with even the smallest towns having a pharmacy or two to call their own. The shocking part isn’t the prevalence of pharmacies — it’s when you have to describe every last disgusting detail of what ails you in order to get your meds (no discreetly grabbing your diarrhea medicine and paying at the self checkout).

In France, the pharmacist is there to do much more than just get you your medicine — they counsel, advise and listen to your ailments almost like a doctor would. And let’s not forget a French person’s medicine cabinet. It’s packed to the brim with all kinds of little boxes and pills from ailments long gone (you don’t get the exact # of pills you need in France, you get the whole box!). From beauty products to hygiene to over-the-counter meds and prescription drugs, the pharmacy is there for you, so use it. 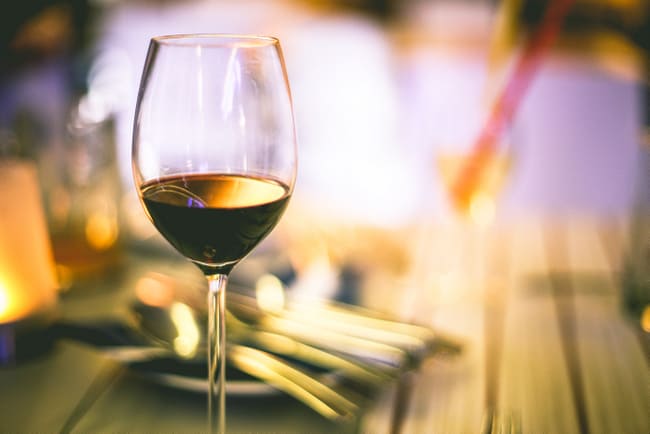 Well, it’s later than my American dinnertime anyway. My stomach still growls around 6 p.m. and for years I’d eat dinner between 6 and 7 each evening back in the U.S. It made sense since I was getting up at 5 a.m. and by 6 p.m., I was hungry. Living in NYC, though, dinner was often later depending on what I had on on my plate for the day and what time I finished work, but in general, Americans are perfectly fine with sitting down to eat at 6 p.m.

Now of course not all Americans eat this early and not all the time. But in the winter, a family with kids who might have activities outside the home later on will sit down to eat at 6 p.m. In France? 7:30 p.m. at the earliest.

Most restaurants in France aren’t even open for dinner before 7 or 8 p.m., so plan accordingly. Oh, and if you have a dinner party, don’t invite French people and tell them dinner is at 6. They will look at you like you’re nuts.

4. People will faire la bise to say hi, which means they’ll give you cheek kisses.

When it comes to culture shock in France, this is one of the big ones. Bisous for everyone! Let me say this upfront — NEVER hug a French person to say hi. They don’t hug, they’ll just lean in and give you a cheek tap on either side to greet you, say hi and bye. Normal. Get used to doing this with friends, acquaintances, family members and even co-workers in some offices. You do this every time you see the person! It can be a little nerve-wracking for foreigners.

5. The French are always on vacation.

Or so it seems. When the law requires five weeks of vacation for all full-time employees (plus more if you work 39 hours/week), taking 2-3 weeks off all at once during the summer is normal. Use it or lose it, right? The healthy French vacation culture is a happy culture shock moment — when the work/life balance is respected and cherished. The U.S. could learn a few things.

Right away you’ll notice that the French are polite. This was one of the biggest culture shock examples in France for me, having come from rude New York. There’s always a merci or s’il vous plait tacked on to any interaction at a store and people are addressed as madame or monsieur. It’s cute. Though it can seem superficial at times, I like it.

Shopkeepers, cashiers and even random people on the street will say hi/bye/have a nice day. The politeness habit in France is one you’ll quickly catch on to and you’ll find yourself wishing the cashier at Target a good day on your next trip back to the U.S. I wrote more about this here and here. 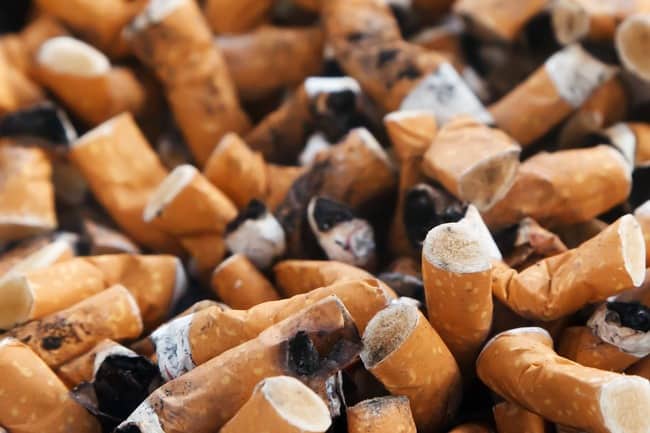 OK, not everyone smokes. That was a slight exaggeration but it may surprise you to see that more people smoke here (especially teenagers) than what you are used to from back home. Men and women of all ages seem to smoke everywhere and it’s hard to not have smoke blown in your face at a sidewalk cafe.

When I see a parent smoking in a car with a kid (or in front of a kid), I cringe and feel bad for the kid who didn’t choose his air quality, but the French don’t seem to care. The smoking in France culture shock is one that still surprises me today. It’s a personal one for me because Tom smokes and I HATE IT. He only smokes outside, but still, it’s a nasty habit and a hard one to kick.

8. Stores have different hours than what you’re used to.

I’ve talked about this one several times on my blog before. In many smaller French towns, stores will be closed between 12 and 2 for lunch and then close for good for the day sometimes as early as 5 or 6 p.m. Barely anything is open on Sunday (and sometimes Monday as well, just to annoy foreigners like myself. Kidding. Not really.).

This goes for all kinds of shops, banks, the post office and more. This isn’t a hard and fast rule — there are exceptions with some places being open later, at lunch time and on Sunday mornings — but in general (and especially outside of big cities), France isn’t known for its round-the-clock business hours. Plan accordingly and adapt.

17 American things I do that confuse French people >>

9. Strikes are a way to get what you want.

Strikes in France are pretty common among teachers and those in the transport industry and a recent doctor strike really surprised me. So expect to hear about strikes often. They can be a major pain when traveling if all the pilots or railway workers are on strike. But if strikes work in France, so be it. 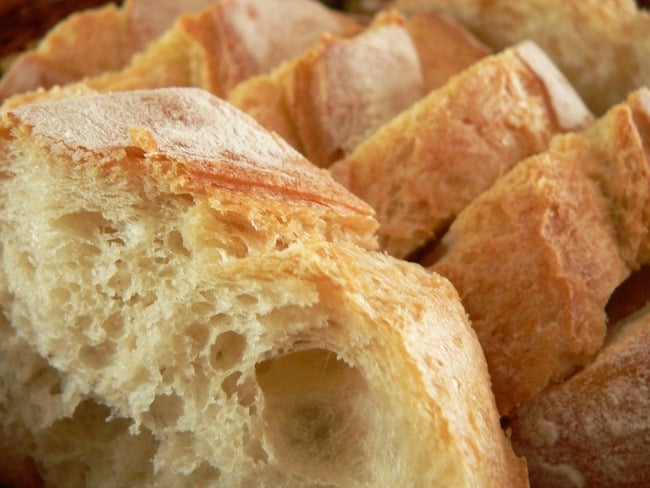 10. Baguettes really are a dietary staple.

In the past year, I can count on one hand the number of times I’ve bought a baguette. And I think they were all for when we were having guests. Sure, Americans like their bread but the French LOVE bread. It’s not just a stereotype you hear about the French — they really do buy baguettes daily and they taste great! The line out the door of the bakery is normal, even in small towns.

Just like a fork is a mealtime essential, so is a baguette. It’s not an uncommon sight to see people walking down the street with a baguette and newspaper neatly tucked under their arm. A quick stop in the boulangerie is a daily occurrence for the French and it makes me smile. To be clear, I enjoy bread but I love some of the other varieties like une boule or a specialty bread more than a regular baguette.

I went behind the scenes at a French bakery >>

Seemingly simple tasks take weeks to process. Want to open a bank account? Forget walking in and opening the account and getting your debit card on the spot. You have to make an appointment, bring a ton of documents with you, fill out heaps of paperwork and then in a few weeks your debit card will arrive in the mail.

Same goes for renewing your residency card, getting anything done at the post office, calling a store’s customer service and other things I’d take for granted in the U.S.

Is life slower in France? >> 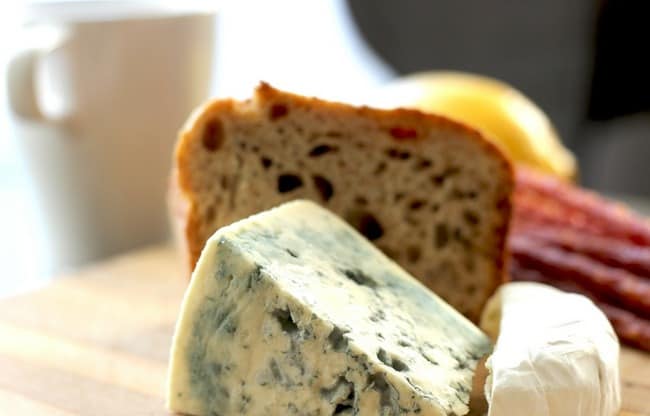 12. Wine and cheese are cheap.

Five euros will get you a bottle of wine and some Brie and you might even have enough left over for a demi-baguette. Now you aren’t going to get the best bottle of wine in the world for a few euros, but you can find something that doesn’t taste like toilet water. Back in the U.S., imported cheese and wine have imported prices, so when in France, take advantage of wine and cheese. Duh!

13. Dog poop on the sidewalks is a real problem.

Anyone who’s walked down a French street has seen mounds of dog poop just hanging out on the sidewalk without a care in the world. The rumors are true. The French do not pick up after their dogs. OK, that’s a generalization and not wholly true, so yes I’m exaggerating. It’s gotten better in recent years.

Some people do care, but not all. Many dogs will just poop and the owners will keep on walking like it’s not their problem. And then you step in it. It’s getting better and I’ve actually seen French people with waste bags and dispensers in parks, but the vast majority of people let their dogs poop wherever without picking up the mess.

I’ve 1) Given random strangers spare waste bags 2) Picked up other dogs’ poops 3) Yelled at people to stop being lazy and pick up after their dogs. 4) Vented about it here on the blog. All true.

But really, all of these things contribute to France’s charm (except for the dog poop). I think. That’s what I tell myself. Want more? Check out this post of 77 little differences about life in France.

Have you ever experienced culture shock in France? Tell me about it!