Respecting the culture and doing the right thing

There are an incredible amount of things I’m fascinating by in life. One of these things is human behavior. People never cease to amaze me, in both good ways and bad. We can learn so much from each other and I find it super interesting to see how people react to different situations and why. In fact, I used to love the show “What would you do?” with John Quinones and wrote about getting involved in things… or not. 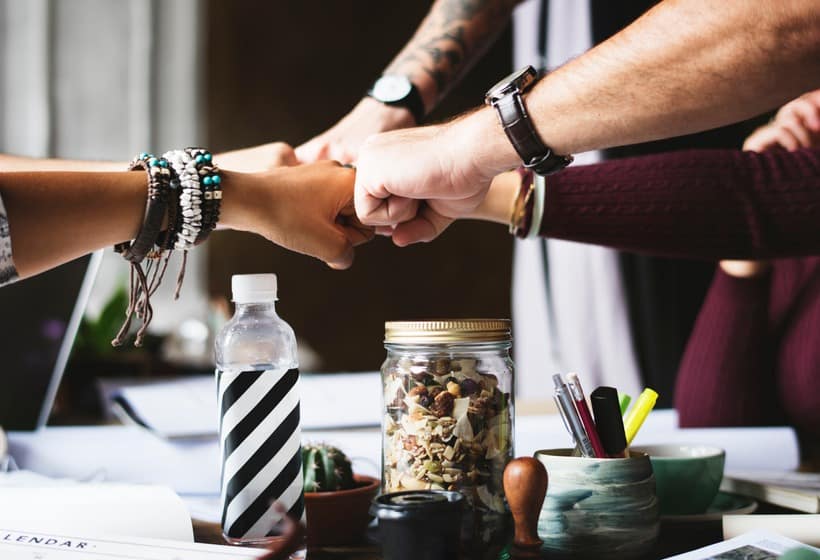 So a little about me:

I’ve always been one to stand up for what I believe in. Meek is not a word anyone who knows me well would use to describe me. But after moving to France even 6 years in, I sometimes question if what I’m doing is right. In everyday situations, I mean. Simple, normal stuff like waiting in line, asking for a favor, letting seemingly legit people into my yard, baking for the neighbors, etc.

If something doesn’t sit right with you, sends up red flags, or makes you question your ethics, should you speak up? Do you? It’s my natural inclination to speak up, put someone in their place, and not let someone behaving badly get the last word.

I should add that this hasn’t always worked out well for me. Sometimes I should learn to zip my lip and mind my own business. As I’ve gotten older, I’ve learned to majorly chill out, especially when something isn’t that serious and doesn’t concern me. But I’ll always fight for the little guy, and if I see something that doesn’t look right, I’m going to try to help. We owe that to our fellow humans. I admire others with a backbone.

I don’t think living abroad has changed this part of who I am. I’m still a person who stands up for what she believes in and  I have no problem speaking up. I’m certainly still not meek.

But from the outside looking in, someone observing me might think I’ve turned into a slightly more submissive version of who I once was. In reality, that’s not the case at all. I’m still me. It’s just that now, I second-guess myself much more than I used to back in the USA.

I often wonder if it’s my place to speak up and assert myself in France, like I would at home. I stay silent. I observe. And most importantly, I listen.

I wonder if I play into being the model foreigner too much instead of just unapologetically being who I am.

Living abroad can make you question your own moral compass and what you think is normal. In a new culture that often feels foreign, you don’t want to act inappropriately, step out of line, or make a faux pas. Respecting the culture in the big moments is easy, but the smaller ones that make you question what’s normal? Well, that’s trickier.

We’re all shaped by our experiences, how we grew up, the people with whom we surround ourselves, our own moral compass, and specific personality traits. They come with us no matter where we live and what we see.

I think many of the same things we’d raise an eyebrow at in the USA raise that same eyebrow in France. Across the board, you can be sure people are going to speak up in cases of abuse and violence. But in other areas of the world, norms are very different.

And what about less serious examples — how do we react to those? 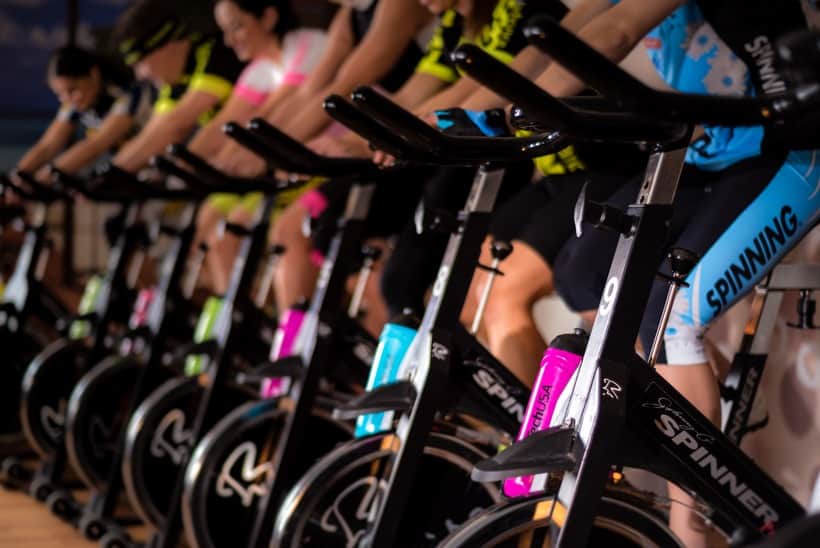 A very simple example from the other day was at the gym, a place where cultural learning often takes place (remember when I was schooled on how to do cheek kisses?).

Long story short, you have to sign up in advance for cycling class because there are a limited number of bikes. Then, on the day of class, the cycling studio opens its doors 15 minutes before class starts. A bunch of the regulars form a line in front of the door about 20-25 minutes before class so we can get one of the newer bikes, or our regular spot.

So on the day of class, I show up 25 minute early and was 4th in line outside the studio. But then other people started coming, and instead of filing into a nice single file line, they started crowding the door.

When the door opened, a woman who arrived after me pushed ahead and ended up taking the last bike in the front row (my normal bike). This made it impossible for me to sit next to my friend, where I’ve sat every Tuesday night for the past 2+ years.

I did exactly what I would have done in the USA without hesitation. I politely explained to the woman that I had arrived in line before her. So logically, I should be able to choose my bike before her. I gently pointed out that she had cut in font of me and took the bike I always use. She muttered something and moved to another bike. I said thanks. And smiled. She did not.

Now this isn’t a serious story,  I know — who cares about the bike in the grand scheme of things — but it’s the principle of the matter that I wanted clarification on.

Not wanting to step on anyone’s toes and always trying to be respectful of French norms, I asked my wise French friend who witnessed the whole thing if I had misunderstood.

Was the line concept was different in France? I explained that in the USA, my reaction would have been normal but maybe line etiquette is different here. She laughed and said I was completely in the right to have asserted myself. In this case, it’s a question of the woman being a personne mal élevée (bad manners), she said. Ouch!

So no, it’s not normal to bum-rush the line in France! If it had been, I would have absolutely apologized to the woman.

Again, this is not a very serious example. It’s just one in recent memory where I’ve questioned if speaking up in an everyday situation was the right thing to do.

How much power do you give your instincts when you’re in a place that’s not your own?

When it’s something serious like abuse, my instincts win every time. If I see a kid or animal in trouble, I help.

I think most people are the same way. 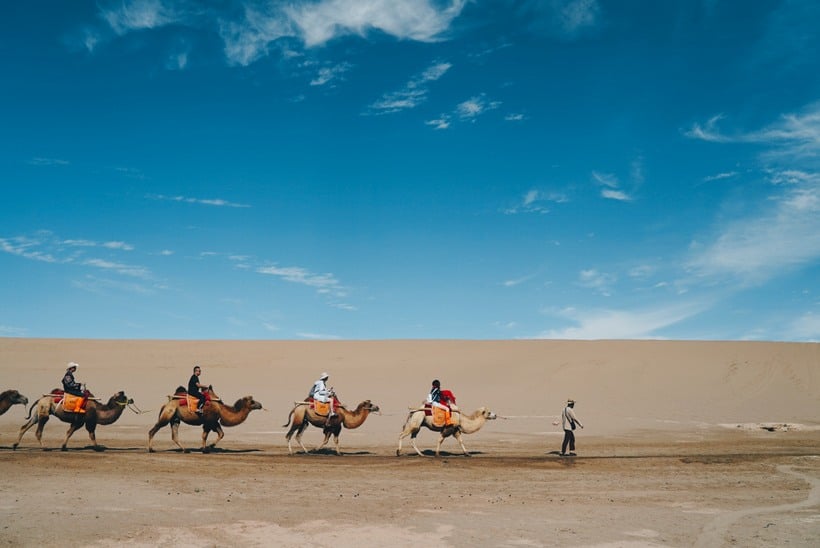 But what about when a culture is nonchalant about something you’re fundamentally against? Here’s a quick example about animal abuse.

I remember a friend traveling to Egypt for work and being horrified at how the camels were being treated at a popular camel ride tourist attraction. She called me in tears after her futile attempts to get the owners to stop severely abusing the poor camels in broad daylight for all to see. Maybe harsher treatment of animals is the norm in Egypt, but it didn’t sit right with her American, animal-loving sensibilities. How could it?

She spoke up without hesitation, was ignored, and left in tears, vowing to never return. She did the right thing by speaking up, in my opinion, although it changed nothing and was laughed at by the locals. They couldn’t understand why she was so upset over camels.

Unlike my friend, my moments of uncertainty abroad have thankfully been way less distressing. But they’ve still made me think and question myself.

If someone is acting out of line in public, we speak up or call the police. But sometimes a situation is more subtle and way less serious. Ninety-nine percent of the time, my moments of uncertainty in France have been quite banal, like the example from my cycling class story above.

It’s in these little moments of being unsure that we learn the most.

I still act like myself and am glad life in France hasn’t erased the parts of me that I like the best.

Has your life abroad made you question things you see and do? Do respecting the culture and doing the right thing often coincide in your experience? 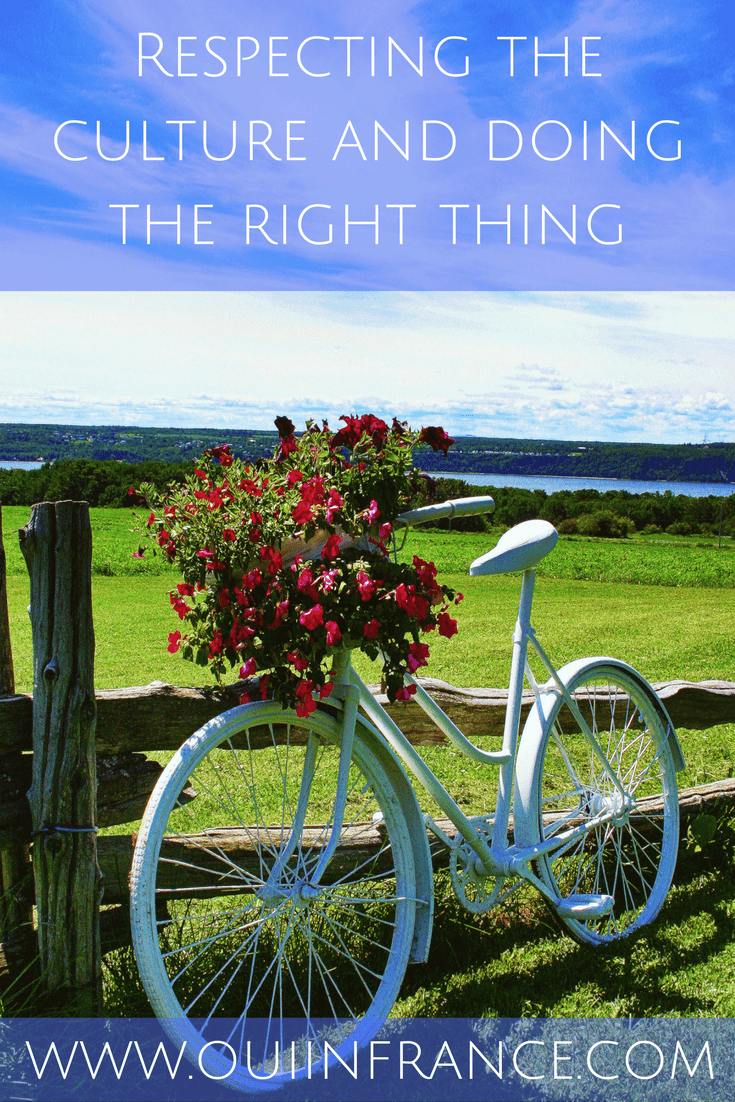