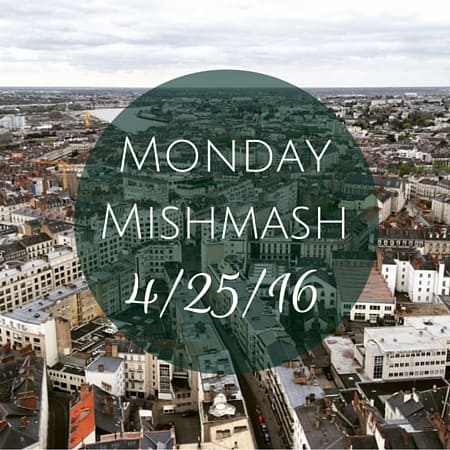 Salut, salut, mes amis! It’s Monday…. and this is Monday Mishmash — where I update you on what’s been going on around here, get you up to speed on the blog, share links from around the web, and tell you about any other random stuff I feel like throwing at you!

We’ve got a winner! 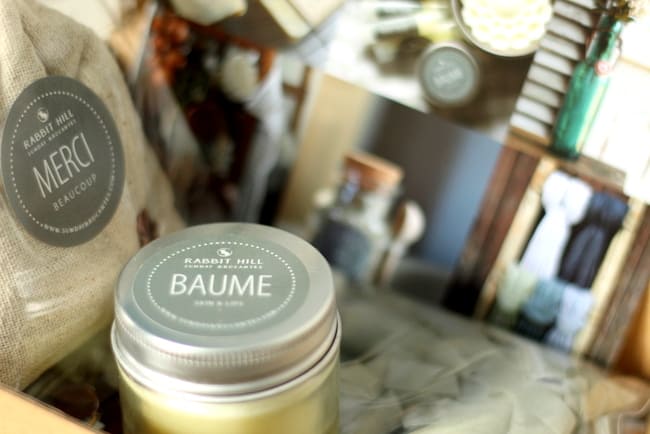 Thanks to everyone who participated in my 1000 FB fans milestone giveaway! Marissa who lives in Greece won the prize and I’ll be mailing that out today or tomorrow. Congrats to her! And on that same note, I’ll have another little giveaway coming up in May to celebrate Oui In France’s 4-year anniversary. So stay tuned. 😉

And on that same note, I’ll have another little giveaway coming up in May to celebrate Oui In France’s 4-year anniversary. So stay tuned. 😉

Soon you’ll see a new button at the bottom of my posts inviting you to sign up for the Oui In France mailing list. More info on that later, but long story short, I don’t currently send out a newsletter and I think I may start soon, so for now, I’d love to have your contact info. I’ll never spam you and you’ll rarely hear from me more than once a month. If you’ve already signed up for my Feedburner RSS feed, you don’t have to sign up again (I transferred those emails to my new list). Keep an eye out 😉

Some not so good news…

Our next door neighbor’s house was broken into earlier this month one night when the whole family was upstairs sleeping. No, cops didn’t come to my front door to tell me; I saw the cops arrive the next morning as I was returning from my walk with Dagny. At first I thought it was much worse because a crime scene unit truck pulled up and the woman had on blue rubber gloves and a suitcase of CSI-style stuff. I guess we’re lucky it was “just” a burglary and that only material items were stolen from the kitchen. The person(s) will probably never be caught but the cops did say that they rarely return to the same neighborhood. I know this kind of thing can happen anywhere but it’s extra scary when it’s right next door.

Kid acting out or a kidnapping?

When something doesn’t seem right — or you aren’t sure — do you stand there and wait or call the cops?

I regret not calling the cops the other day when Dagny and I were in the park, and four days later it’s still gnawing at me. We were walking along and the sounds of a kid screaming from across the park caught my attention. There was a boy of about 9 years screaming bloody murder, like hysterically, from behind a little cafe near a public bathroom. Not a kid having a tantrum screams but actual fear. At this point, I couldn’t see him yet, but everyone around heard him.

The only words I could make out were something about “in the shower” (there are no showers in the public bathroom, just toilets). People around kind of looked in that direction to see what was going on. At the time of the commotion, we were  walking on the other side of the park kind of in front of the cafe area but a small river in between kept me from running over there. So trying to make sense of what was going on and realizing something wasn’t right, I frantically asked a guy walking nearby on my side of the river if he could make out what the kid was screaming. He said he didn’t know either and didn’t seem too fazed by the situation.

Then about 30 seconds in, I see the kid run out from behind the trees with a plastic bag of something and an older man running behind him. He caught up to the kid, grabbed him forcefully, still while screaming, and over the bridge they went. In a matter of seconds, they were both gone.

Was it a dad trying to discipline his out-of-control son? Did the boy have behavioral issues? Was it a kidnapping? Was it a situation of abuse? It’s always better to be safe than sorry and I regret not calling the police. Not doing anything is unlike me. It happened so fast and by the time I realized what was going on, they were out of sight. No one else seemed to react, which pissed me off as well. I hope the boy is OK and he was just having a meltdown. I need to do better next time. 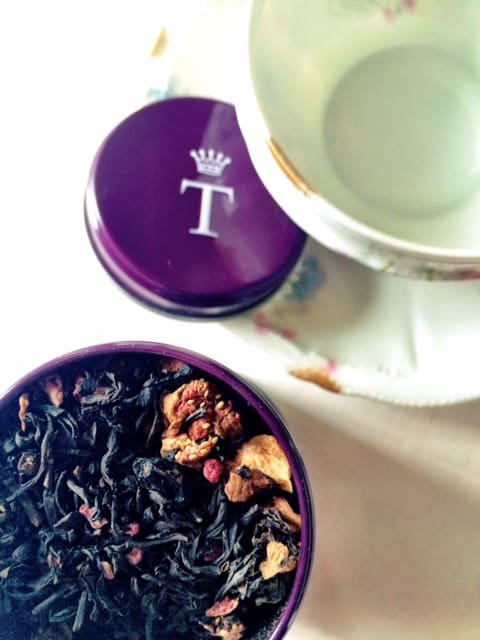 I heard about a really good berry tea from another blogger, so I headed over to Tea Palace‘s website to check it out. I was sold so I put a sample in my cart, but because they’re based in the UK, the shipping charges to France were actually more than the cost of the sample size tea itself so I x’d out of the window and didn’t buy the tea.

When an auto-email arrived in my inbox later that day reminding me that there was something in my cart and asking if they could do anything to help, I wrote back saying thanks but the shipping costs were prohibitive. Three days later a little box arrived at my door and it was a free sample of the tea I wanted.

How’s that for service?

Totally unexpected and completely appreciated (they don’t know about my blog). Thank you, Tea Palace! You made my day! Oh, and the tea is delicious. Can’t wait to make a pitcher of it iced!

An afternoon in Nantes 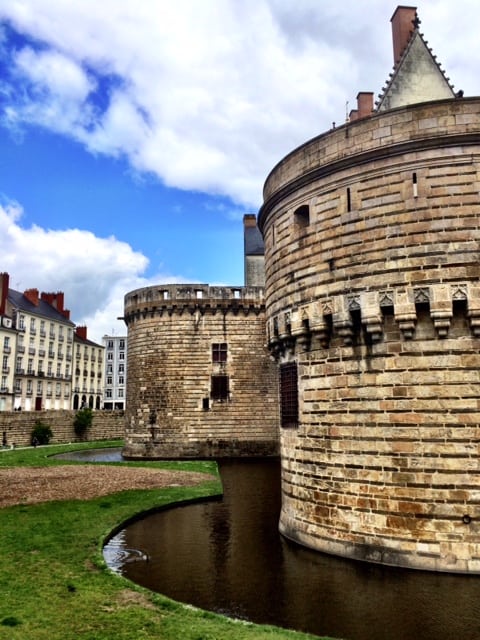 I spent the day in Nantes yesterday and had lunch with a friend who is moving back to Canada soon. The forecast said rain was on the way but we lucked out! It was a tad windy but we managed to take in the view from the top of the Tour de Bretagne. There I am below on the lookout deck taking in the view! 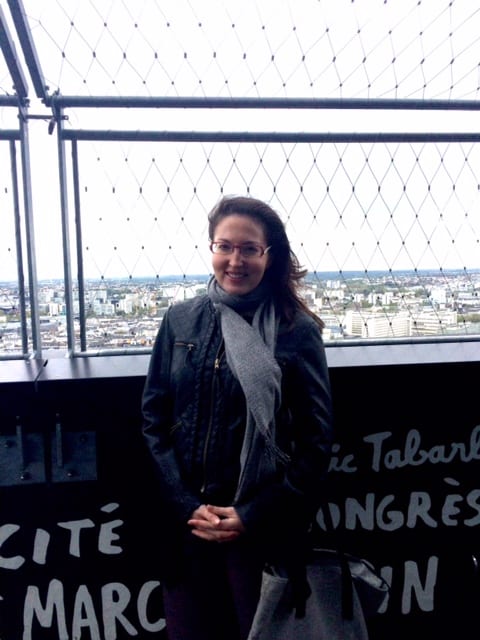 Link love from around the web