For anyone out there who might be a new reader here, my husband is French. His name is Tom and he’s lived in France his entire life. Although he has a French passport, I surprisingly don’t think of him as French. What do I mean by that? Just that I don’t think of him as “the French dude I married.” He speaks perfect English, gets American culture, enjoys American shows and just fits in with everyone back home. He’s not a foreigner in my mind. I just think of him as Tom and not any different than me. Over the years, I think I’ve Americanized him and he’s always had an interest in learning English, watching American TV shows and visiting my homeland — Tom is more like a regular ol’ American with a funny accent. But, and then of course there’s a but, a little quirk emerges that clearly crosses him over into French territory.

What kind of French quirks am I talking about?

Tom is going to love this post, and by “love” I mean not-so-secretly hate. He hates being the center of attention and likes his face on the web even less. So the fact that I picked a somewhat embarrassing photo? Well, I think I’ve just won wife of the year! In my defense, he agreed to let me put the above pic in my post. Whatta guy.

As I was brainstorming for this post, the question I kept coming back to was this: How many of these quirks are part of Tom’s personality and how many are characteristically French guy things? What part does one’s culture play in their overall personality and habits? It’s hard to say. But everything on my list has come to be quite endearing and even entertaining at times.

I feel like I shouldn’t even have to say this, but please keep in mind that not all of these things will apply to every French guy out there! I’m writing this about my husband and things I’ve personally observed after 4.5 years of marriage. 😉 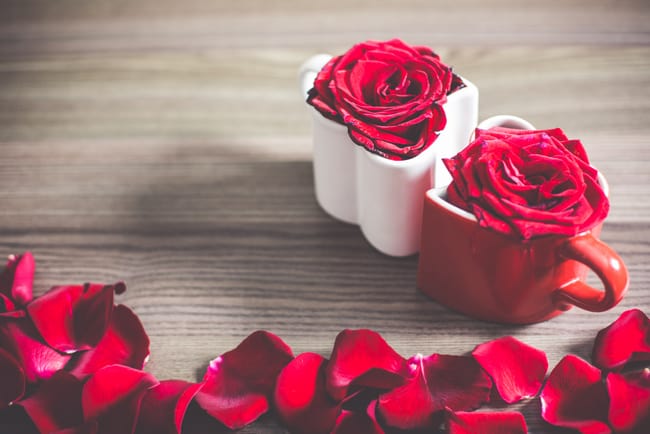 Quirks you notice when your husband is French:

His feet are in slippers all the time.

Barefoot? Are you kidding? Even in the summer, Tom’s feet are securely snuggled into cozy sherpa-lined slippers. At night, they’re left next to the bed for the morning trek to the bathroom and then left in the front of his closet for when he takes off his work shoes at the end of the day. Unless he’s in bed or in the shower, if he’s around the house, Tom will have slippers on. My brother and sister-in-law even got him a new pair for Christmas!

He’s diligent about closing the volets

If you’ve been reading my blog for a while, you know I’m not a volet lover and find them a hassle and annoying more than anything (although electric ones on a timer that you don’t have to open the window to open/shut or would be fine, like the ones in Alaska). I like morning light! Anyway, good thing Tom occupies himself with all-things-volet because I’d just leave ’em open if he wasn’t around to take care of them (and I have). It’s like a magic internal clock French people have — 6pm and the volets get shut!

When something is quite good, you rarely get more than a “pas mal“

If I bust my butt on a special dessert, I used to have to give Tom a special look to ensure he’d react appropriately and tell me how GREAT my cake was. Otherwise, if I left him to his own devices, he’d say “pas mal” in response to my “how is it?” question. That literally translates to “not bad” and is a suitable response in French to everything from not bad to actually quite good. I’ve had to coach Tom’s lips (that sounds dirty) on how to form sentences that include “excellent,” “awesome, and “absolutely delicious” for family gatherings among Americans — but only when it’s true, of course.

12 Reasons you should marry a French guy >>

Being well dressed for simple errands

I can assure you that if Tom is out in public — even for a simple doctor’s visit when sick, a pharmacy run or taking Dagny to the vet — he’s going to have on nice jeans, boots and a sweater. Sometimes even a nice button-down shirt underneath that sweater. And I must say, French guys’ style seems to be pretty on point. Forget casual jogger pants and a t-shirt. If he has on a t-shirt, it’s definitely been ironed. He dresses up, always. Dressing down is what he does on trips to the USA and fits in perfectly. 😉

A need for speed

Tom is not a reckless driver at all, but he does seem to zip around corners and put the pedal to the metal more than I do. Getting from one place to another sooner than later is one of his fortes and 130 kmh on the autoroute seems to be just a suggestion.

Me, on the other hand?

Well, when gas is expensive as all heck, I tend to gingerly reach the top of each gear and let myself coast to a red light instead of accelerating toward it just to brake 5 seconds later. Tom drives with a little more peps than I do. I think this may be a French thing. But being speedy is only when they’re behind the wheel! French people generally — outside of driving, that is — tend to slow down and enjoy life!

And a few stereotypically French guy things Tom doesn’t do?

He rarely buys baguettes, doesn’t use his checkbook, knows how to stand in line and not cut people and picks up after our dog. What else could you want in a man?

Tell me, does your guy have any stereotypical quirks that are linked to his nationality?

« Monday Mishmash: 4/25/16
When living in France starts messing with your English »