Curious about how to write numbers in French, especially the French 7? The French seven isn’t written exactly the same way in the USA and can lead to confusion. Let’s see how French numbers differ along with writing numbers in French the right way. 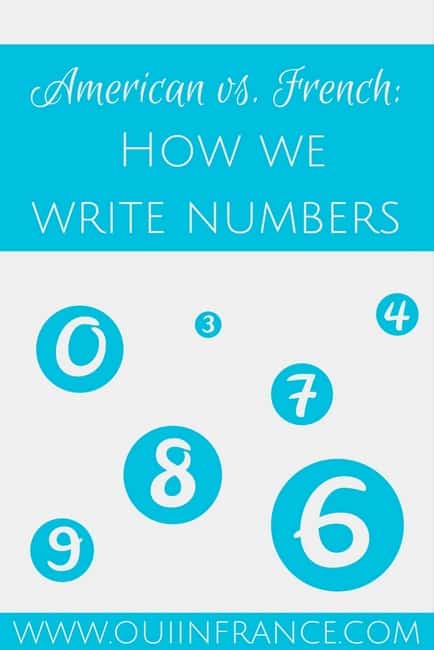 Over the weekend, I asked Tom to mail a letter I had sitting on the table. He was on his way out with Dagny and grabbed the letter, giving it a quick glance before putting it in his pocket.

“Is that a 6?” he asked after glancing at the first digit of the postal code I had written.

At this point, I got up to take another look at my envelope thinking maybe the ink smeared or he was messing with me. But nope, it was my perfectly legible (to me) penmanship. Clearly a 6 and 2. And he was seriously asking me to clarify what I’d written.

He wasn’t entirely sure. He was pretty sure but had to check just in case.

Tom and I often have this number conversation when either one of us writes something down that contains a number. His 4’s confuse me. I always make sure his 1’s aren’t 7’s. It’s true — the French 7 is different. He doesn’t like my loops. His number 9 looks like a lowercase g.

Read on for more about the French seven and how to write numbers in French!

The French 7: How to write numbers in French

It depends on the person, but the French write numbers a little differently than Americans do. I know that 9’s look like little g’s in France and have even adapted my American number style so that French people are 100% sure what I’m writing. Sometimes the French way confuses me and I need clarification, like when secretaries write down phone numbers for me or when the postman leaves something in the mailbox with a date or a number to call. It’s not always so clear what number is what.

Quirks you notice about your French husband >>

Let me show you what I mean about numbers in French, like the French 7. 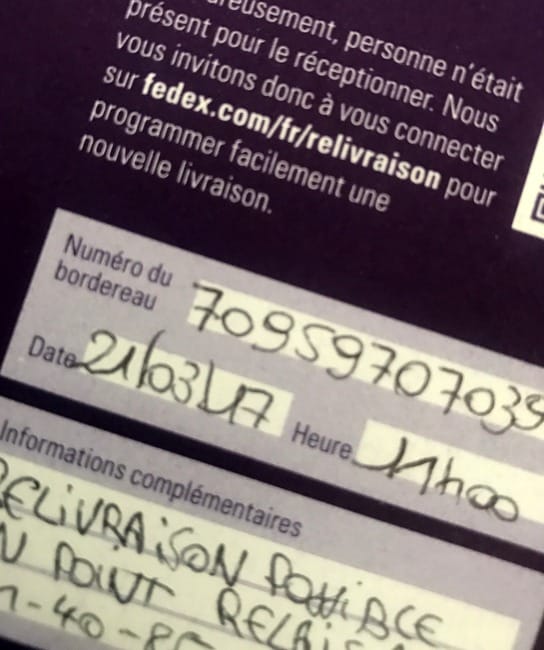 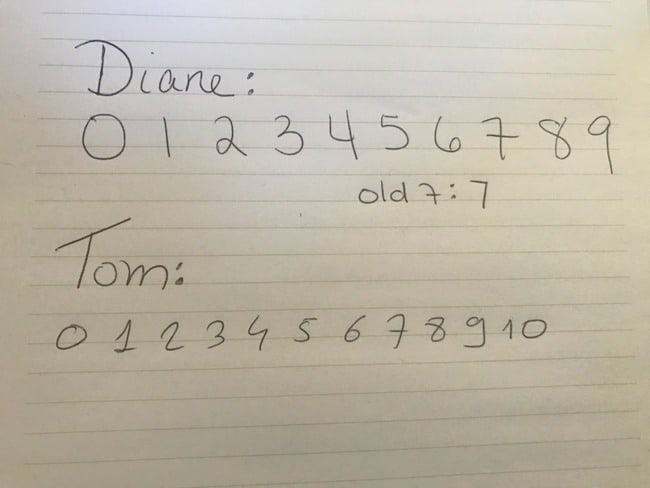 For reference, here is how you write numbers in French and the words written out:

Also, remember that when writing dollar amounts, the French use a period where we’d use a comma and vice versa.

Now you know how to write numbers in French, like the French 7.

Do people tell you they can’t read your numbers? Do you write a French 7 with the bar or not? 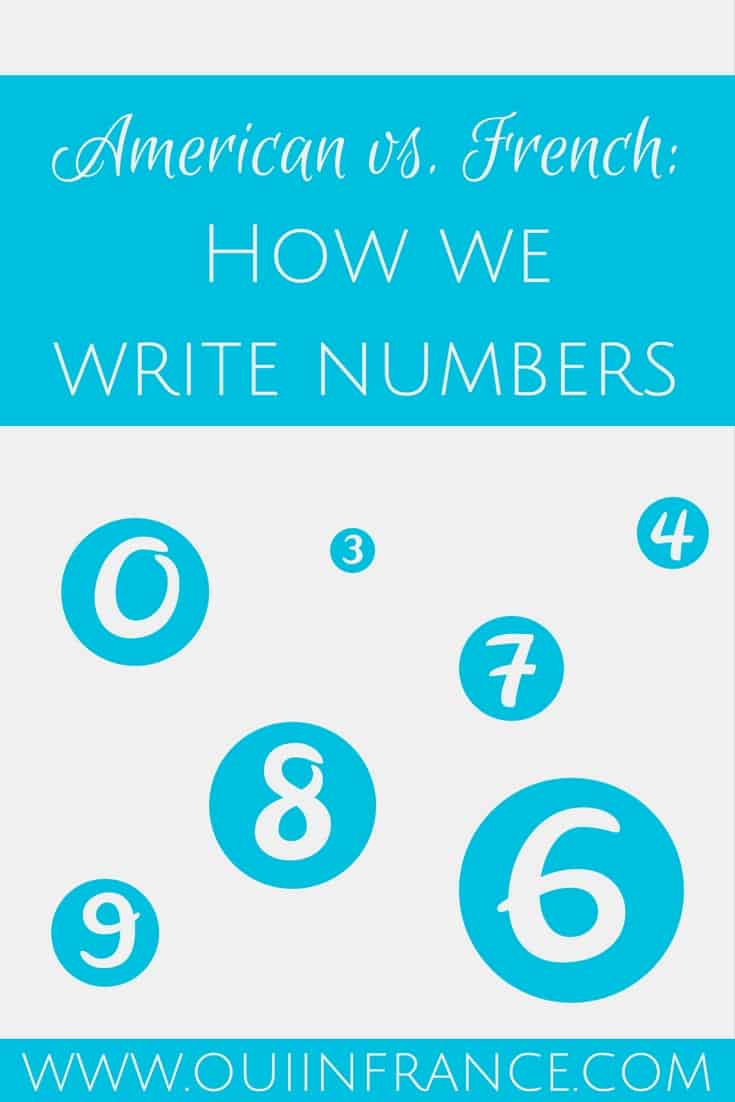 « Dangers of pine processionary caterpillars in France for dogs
Quick French lesson: How to say “only” »