We all learn languages for different reasons, but one thing is the same for everyone — we all start from zero! Whether we set out to learn French for love, for fun, for travel, or for school, we’re sure to learn and grow along the way. Here are 5 French language learning truths I’ve noticed over the years. Maybe you can relate — and if you’d like to watch in video form, I linked that below!

Two things. First, the language learning truths I discuss below could of course apply to any language. I always write from the perspective of an American learning French. Second, check out this big French language learning guide I put together with all of my best language learning content if this is a topic that’s of interest to you.

Now let’s get into it… 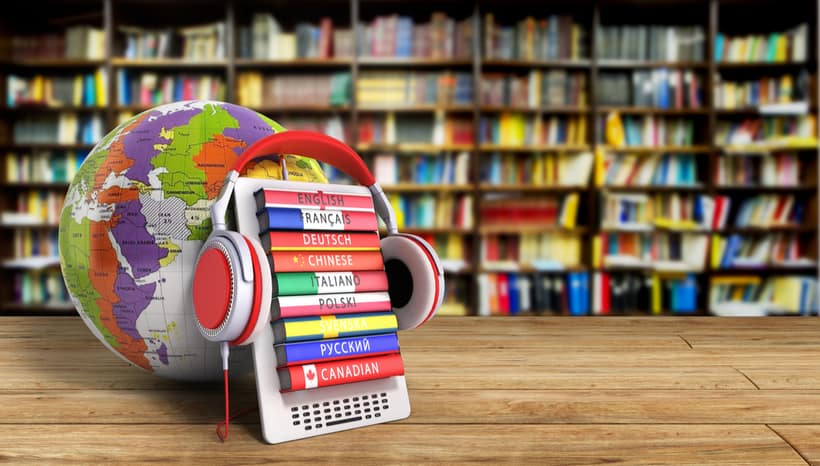 1. An accent and one’s level of fluency are two totally different things.

An accent is not an indicator of how fluent someone is in a language. You could have a really heavy accent and speak and write just like a native, and on the other hand, you could have great pronunciation with a light accent and have a lower level of French. An accent doesn’t really tell you much about someone’s language ability in and of itself.

Let’s take my old French teacher back in the USA, for example. She had been living in the USA for 30 years when I met her and her French accent when speaking English was as heavy then as the day she first arrived in the USA. You’d really have to listen when she spoke English, but it didn’t bother her in the least. Her knowledge of English grammar and usage went unmatched even by most native speakers and her written command of English was 100% native.

But no one could mistake her heavy French accent for anything else. Even someone who had never been to France and didn’t speak French would know she was French. And there’s nothing wrong with having an accent!

On the other hand, my French sister-in-law doesn’t speak English to even a conversational level — just knows a few words more or less — but I had her repeat a paragraph of an English language children’s book after I read it and her accent was impeccable.

The truth is that some people have a better ear for sounds and pronunciation. A distinct accent doesn’t automatically mean someone doesn’t speak the language well (or vice-versa).

19 Things that are true when you have an accent >> 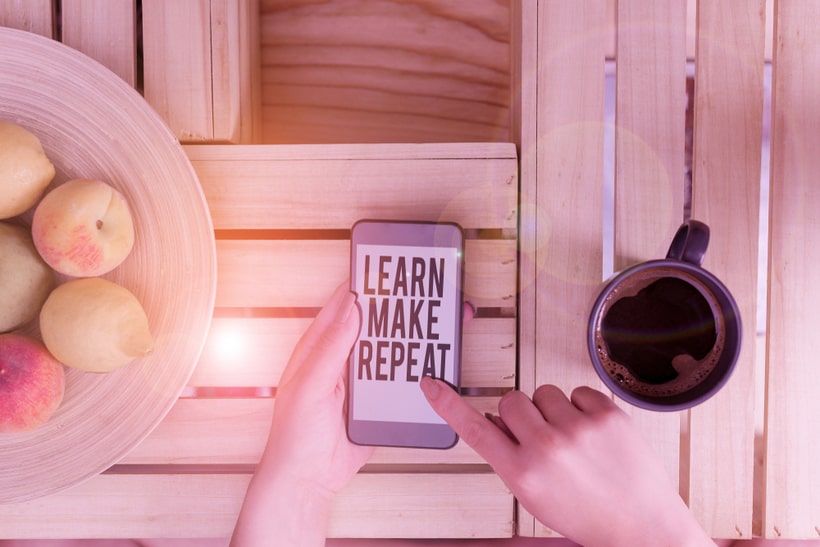 2. Always focusing on your mistakes and the level you “should” be at doesn’t do anything but hurt your progress.

OK, for the record I speak French. Some might say reasonably well. Someone observing me might perceive me to be fluent. I speak with a reasonably good accent, am natural enough, and have no issues with the language in my day-to-day life. That said, I make mistakes, know there’s a lot I don’t know, and will sometimes dance around a sentence structure I’m unsure of and rephrase it in a way I’m sure is right. I’m good enough. But then an unhelpful mindset creeps in….

I am SO guilty of this. I let my perceived French language shortcomings get to me (ignoring the positives, as if there are none, which is complete and utter bullshit, but yeah, the mind is powerful), then I dwell on them, get angry about it, then sad because I feel like I’ve already failed and it’s too late, and then I stall.

Logically, I know this is counter-productive to making progress but it’s a mindset that’s hard to change. I think to myself that I shouldn’t make certain mistakes anymore and that I should know how to say all kinds of things and then when I realize I’ve fallen short of all the idiotic “shoulds” in my head, I give up and beat myself up. French is stupid. I hate French. Time to go home, I think.

All that has done is held me back. And I’m the first to acknowledge that.

Then I make excuses for myself like if I worked for a French company all day in French, I’d be better. If I put myself out there more, I’d be better. If I spoke French at home, I’d be better. If I focused on French more, I’d be better. Well truth is, YES to all those things. I’d probably be even better at French. But we are where we are. When you think you’ve already failed in a sense, what’s the point in trying to improve? I KNOW HOW STUPID THAT SOUNDS. Like stop dilly dallying and get on with it. But it’s this limiting belief I get stuck on. Please tell me I’m not the only one. We have the power to change our current routine. Only you can decide what you need at any particular point in time.

You may not even realize you’re doing this in your head. Maybe you aren’t consciously shaming yourself over your perceived missteps, but your actions are telling a different story. Your inability to practice French lately because you’re “busy,” your lack of interest in watching a French show, not wanting to call up your French friend and actually try to improve are all indicators that you’re avoiding French.

Anyway, Alex, a French coach over on YouTube who helps English speakers become more confident in French, has a really helpful video on this. While I know he’s right, sometimes you get stuck in old patterns:

3. Aim for progress, not perfection

Perfection is a myth and that’s hard for us perfectionists out there to mentally hear. The best thing you can do as you’re learning French is to track your progress over time. It doesn’t have to be an official test or exercise that marks your progress. Maybe you aren’t formally learning French and you read books, use apps, and listen to French podcasts instead. All forms of learning are valid and tracking your progress will look different for each of you.

Ask yourself how you feel when you’re listening, reading, and speaking. How’s your confidence? Comprehension? Are you able to speak with ease now? Have you nailed the conditional tense in real time?

Little markers of progress pop up when you aren’t even paying attention. When you notice your progress, it’s enough to propel you forward. Little wins count for a lot, so do your best to notice them! Perfection doesn’t exist so just let it go!

4. You will not become fluent in French just by living in France.

While living in France puts you face to face with native speakers 24/7, it doesn’t automatically make you fluent in French over time. Language learning doesn’t work like osmosis once you get to a certain level. Yes, you’ll learn words and phrases but living in France in and of itself doesn’t make you speak like a native and only takes you so far.

There are plenty of people who live in a country yet don’t speak the native language to any degree of fluency. I have friends whose parents immigrated to the USA years ago and don’t speak passable English. So no, you can’t become amazing at French JUST by living here. There’s a whole lot of factors that depend on the actions you take. Your ability to improve lies entirely on you and what you put into it. Also, you don’t need to live in a country to become fluent. My husband Tom is perfectly fluent in English and has never lived in the USA.

So what will living in France do for your language abilities? It will give you access. It will help you with comprehension if you listen. It will give you opportunities. Maybe it’ll help with motivation and help you to become conversational. But it won’t magically make you speak like a native overnight.

Becoming fluent in a language requires motivation, effort, and a lot of hard, consistent work. You won’t learn the intricacies of French grammar by solely listening to those around you. You won’t learn the reasons behind why you need to use a certain verb tense. You also won’t learn about all the grammar rules just by being in France.

5. What you put in is what you’ll get out and it’s never too late to improve.

Consistent effort is key if you want to improve. You can’t work hard for a few weeks, then stop for a year, and then pick back up where you left off. It doesn’t work that way. The same goes for pretty much anything in life. Consistently putting in the work will get you to where you want to go. That doesn’t mean you’ll be completely bilingual in a month, but it means that you’ll get better at whatever you dedicate time to day in and day out.

Over the years, I’ve had periods where I’ve been more motivated and others where I get fed up and put French on the back burner.

When you lose your French language learning motivation >>

Along with this, if you have the desire to improve and you’re alive, then you can do it. It is never too late to improve your level of French even if you think you’re too old, too lazy, too busy, too whatever. If you want to improve and set your mind to it, take baby steps and focus on just one thing at a time. We cut out the excuses and put our mind to the things we truly want to do.

I’m good enough at French at this point but I know there’s a lot I don’t know. Right now, exploring all of that isn’t a priority for me. Learning French takes a lifetime. It sometimes seems overwhelming, but I know that when I decide to pick up a grammar book, it’ll be there for me whenever I’m ready.

Tell me, what’s your language learning journey been like? What do you struggle with? What have you found to be true? 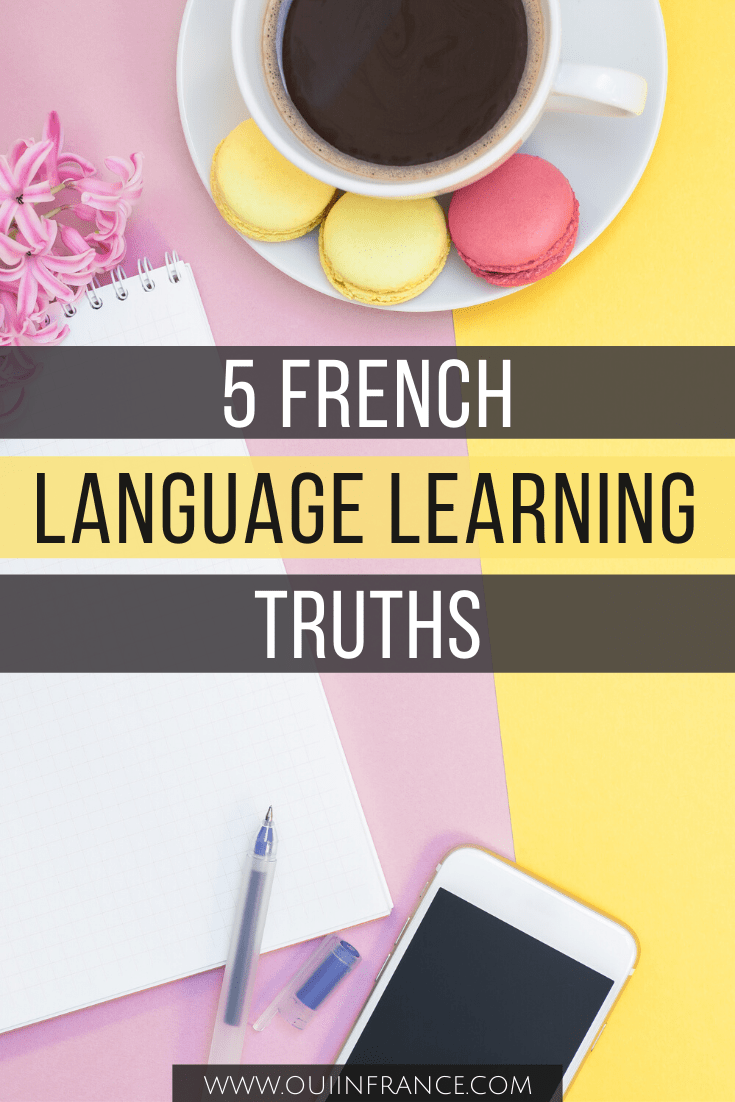 « Paris etiquette for tourists: 3 Things tourists ALWAYS forget!
What $20 buys you at a French supermarket »