Back before I moved to France, I was working a corporate job in NYC and felt like my life wasn’t as fulfilling as it should have been. Several twists and turns later, I made my way to France and everything fell into place. If you told me then that it would be 2020 and I’d be living in France with my French husband, I’m not sure I would have believed you. It just seemed so different than the life I was living then. Let me tell you some of my backstory that led me here… 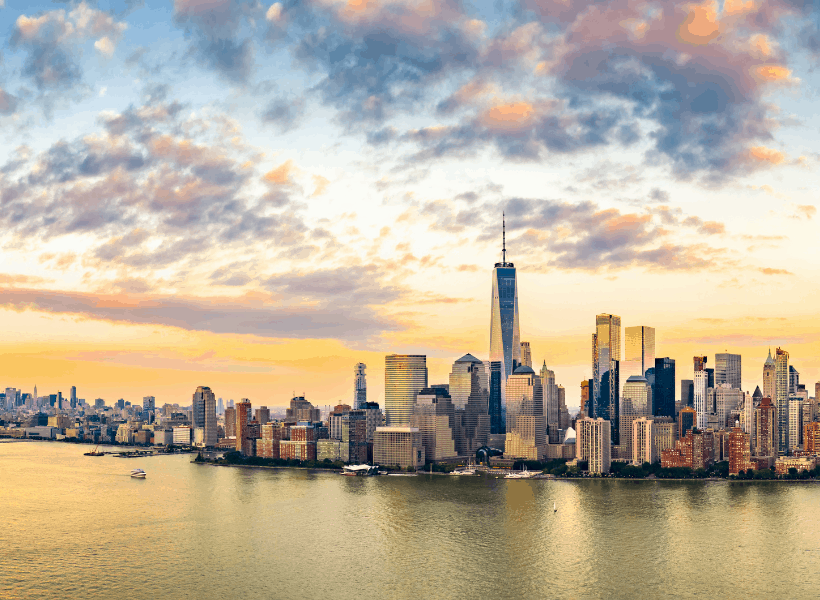 After college, I had a couple years of work experience at a corporate job under my belt. It was a job that I liked for the most part, but I was commuting from my family’s home in NJ into New York City every day and it really started to wear on me. I was on the 6:01am Midtown Direct train each day and my commute was a two-hour train ride EACH WAY. After doing that for a year to save money, I moved into Manhattan to be closer to work and things were better.

I had a good routine and I liked my co-workers. New York City is my favorite city in the world and I was living my dream, right? I thought so for a while. I was adulting and had a job, my own apartment, and a nice wardrobe.

But I didn’t feel fulfilled.

Was it normal to feel that way? Maybe everyone goes through that and then it passes. I didn’t know. I would go home after work and think, “Is this it? Is there more to life beyond getting up, putting in a solid workday, and then waiting for the weekend to come around so I could do the things I enjoyed?” Would that be my life until retirement in my 60s? I felt a quarter-life crisis coming on and noticed a lot of my friends around the same age of 25 feeling the same way. Have you felt that way too?

To make my time outside of work more fulfilling, I picked up a few new hobbies. I started taking tennis lessons and French classes at the Alliance Francaise. That worked for a while.

Then the day of my performance review came at work and that was when all the feelings solidified and I knew I had to make a change. Long story short, my boss blindsided me with a few critical pieces of feedback that I didn’t feel were justified. I explained my point of view but he just shut me down. I felt unheard and angry that my best obviously wasn’t good enough and that I wasn’t appreciated at work.

I was just another body at a desk. The bureaucracy of working for a big company just didn’t feel compatible with how I liked to work, how I liked to be treated, and how I treated others, and it was then that I knew I needed to make a change for myself.

Through the people in my French class, I was introduced to TAPIF. It’s a program run by the French government that allows native English speakers to legally come to France to teach English in the French school system and get paid. I figured I had nothing to lose by applying, so I didn’t think too hard about it and went ahead and applied. The program sounded interesting and the experience of living in France would be good for me, so I waited and several months later I found out I was accepted.

I could have declined because there were many reasons floating around in my head telling me to decline and keep on doing what was comfortable and safe in NYC. But another part of me, the part that wasn’t overcome by fear, was invigorated by the prospect of moving to France for seven months. I didn’t have kids, wasn’t in a relationship, had no mortgage and basically nothing holding me back.

If then wasn’t the time, then when? Never? I had to try because I knew I’d regret it otherwise.

So that’s what I did. Making one small step after the next is all you need to do because then the roadblocks clear and you find your way as you start moving forward. I booked my flight, packed up my things and off I went. I didn’t have much figured out but it didn’t matter.

I didn’t have an end goal in mind and had no idea where it would take me, but I trusted my gut. If it wasn’t right for me, then at least I’d learn something about myself. That was enough for me.   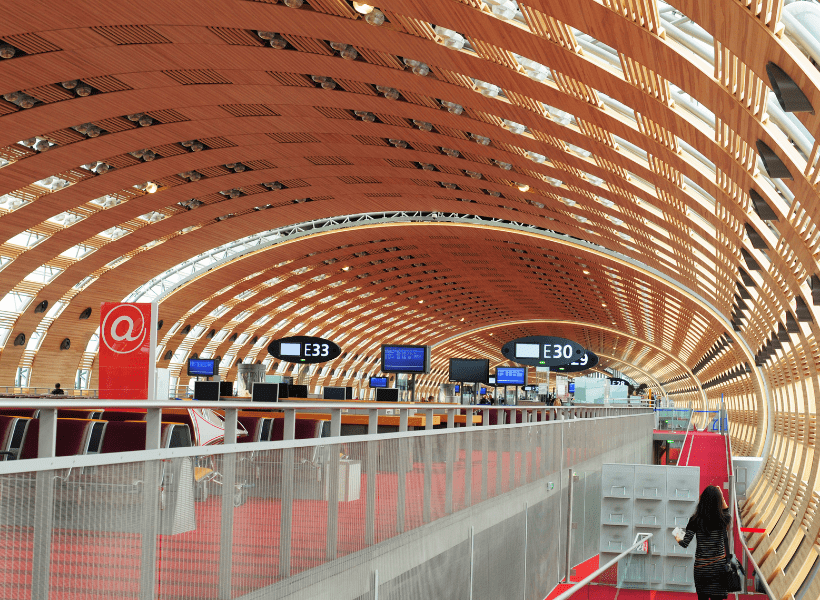 Then the rest was history…. I had already met Tom in NYC that summer, completely independent of me applying to the teaching program which I did before, and once I arrived in France, Tom was hours away but the only French person I knew. I leaned on him heavily for language help and navigating the bureaucracy.

One thing turned into another and we became a couple. After my contract was over, I went home and we did long distance and then finally got married in August of 2011. I never imagined I’d meet a guy like Tom, but it’s so important to stay open to the possibility of things as we move through life, and not closed off. I moved to France permanently shortly after our wedding and have been here ever since. 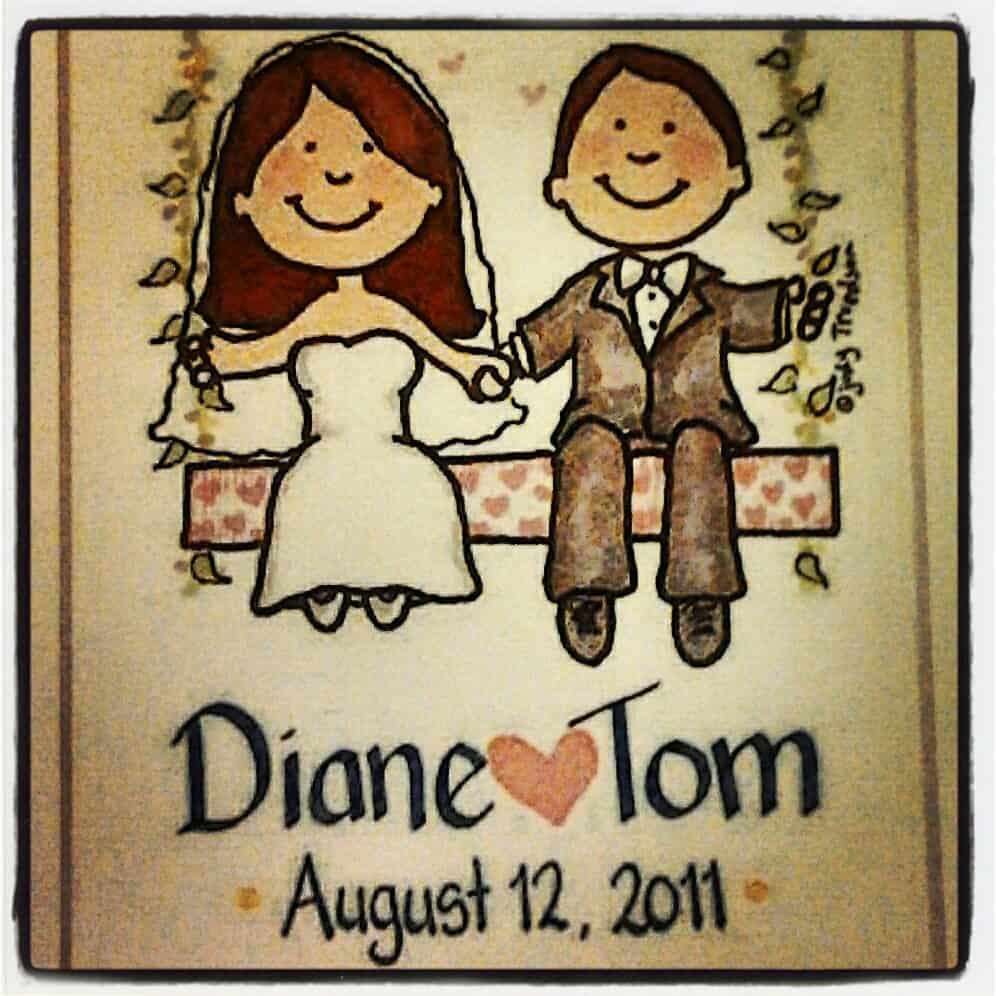 No, France is not a 24/7 vacation and I don’t view life in France as some kind of prize. Life here isn’t perfect and I still struggle with the things we all struggle with in life. It’s not the easiest path but it’s the one I chose and I’m so thankful I did. I am more fulfilled here at this point in my life than I was in NYC and that wouldn’t be the case if I had never taken the first step and tried to make a change for myself.

If I had never applied to TAPIF, there would be no Tom. No blog. No YouTube channel. No navigating life in a different language. No Dagny. No career travel opportunities. And none of you.

If I hadn’t followed my gut and made a change for myself — despite being scared as hell to go off and do something like that on my own and break out of my comfortable life — I never would have been pushed and challenged in the ways that have made me so grateful for the dead-end corporate job that forced me to open my eyes and take a leap of faith.

My point in sharing my backstory here is to remind you that you’re in control of your life. Taking risks is a necessary part of growth. If you’re unhappy with a certain aspect of your life, it’s OK to make a change for yourself and your family.

What’s the alternative? To stay stuck and unfulfilled? You are worth so much more than that.

We are never stuck unless we stop trying and stop caring. And I know you care because you’ve read this far… I’m speaking to YOU!

Now, this doesn’t mean that moving abroad is the right choice for everyone. I wasn’t even sure it was the right choice for me. Maybe the change you’re craving is closer to home. Finding a mentor, getting involved in a new professional network, putting in for that promotion at work, starting a fitness routine, asking that cute person out from the coffee shop, embarking on a new hobby.

Or maybe you’re scared yet intrigued by the prospect of starting a new business or moving across the country to start fresh. Lost in your career? This career test from CareerFitter is a fabulous way to get clarity. 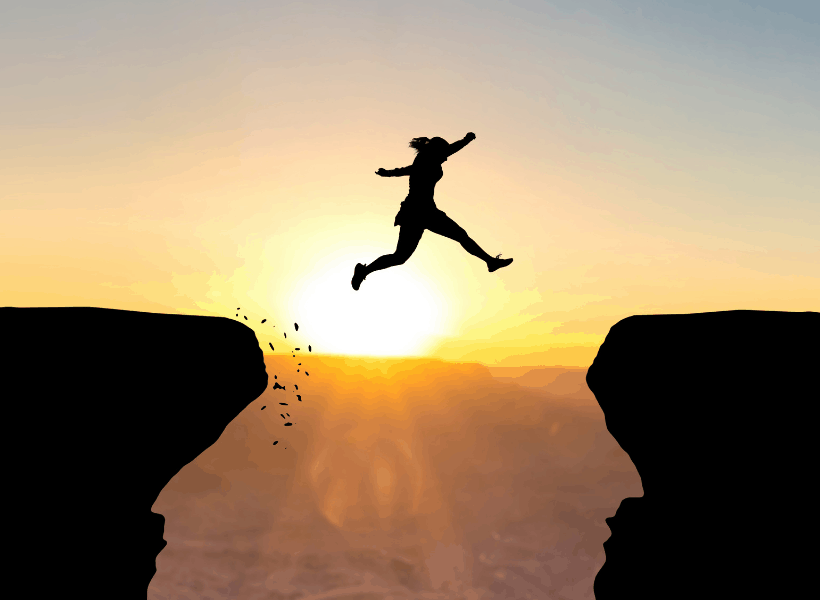 Whatever lights you up inside when you think about it is worth your time and energy. Let me say that again. If it’s worth it to you, then it’s worth pursuing. Period.

You’re the one in control of your life… until you stop trying to make the changes for yourself that you so desperately want. No one else has to understand. It’s your life.

Always know I’m in your corner rooting for you. I believe you can go after what you want. I’m proof that you can do it even if you’re unsure and don’t have anything figured out. You’re not alone.

If there’s something nagging at you to try something new, why not go after it now? Today. Start making a plan. Big or small, start taking the steps to make that change for yourself that you so desperately crave. Why the heck not? Change is scary, but my gosh, it’s so worth it.