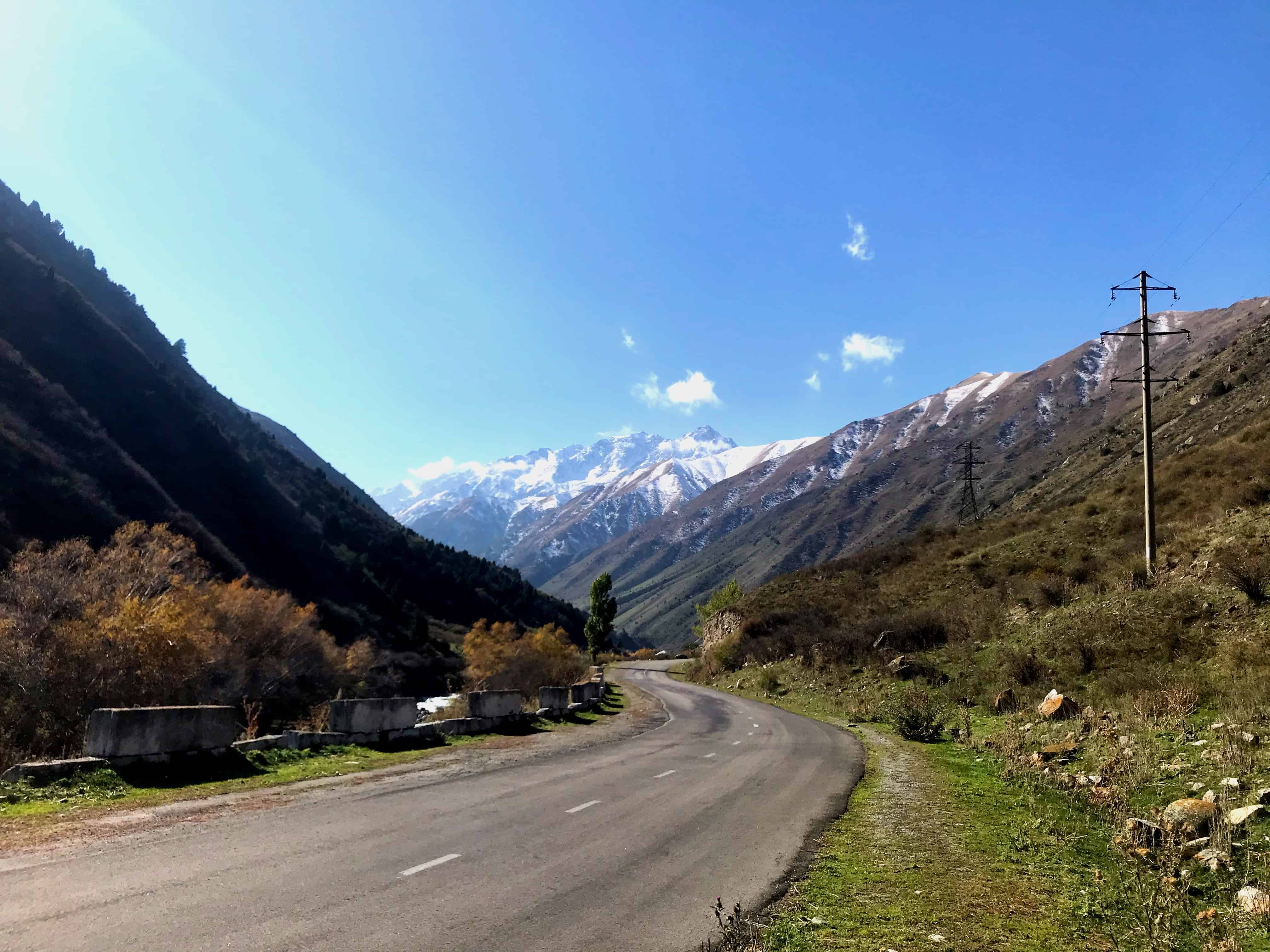 Outside of Bishkek, Kyrgyzstan.

This year has been full of work travel for me. The last couple of months have been particularly hectic, and in addition to travel within France, my job has also taken me to Bosnia, Haiti, Rwanda, Nigeria, and Kyrgyzstan. I got back last night from Bishkek and I’ve put together a short list of 9 random observations.

You don’t have to look far to see the media showing the world as a dangerous place that we should fear. But what I reconfirmed on my recent trips is that people are open, curious, and generally want to help. No matter their language or skin color, human beings like connecting with other human beings. People and places that are different should not be blindly feared or written off. 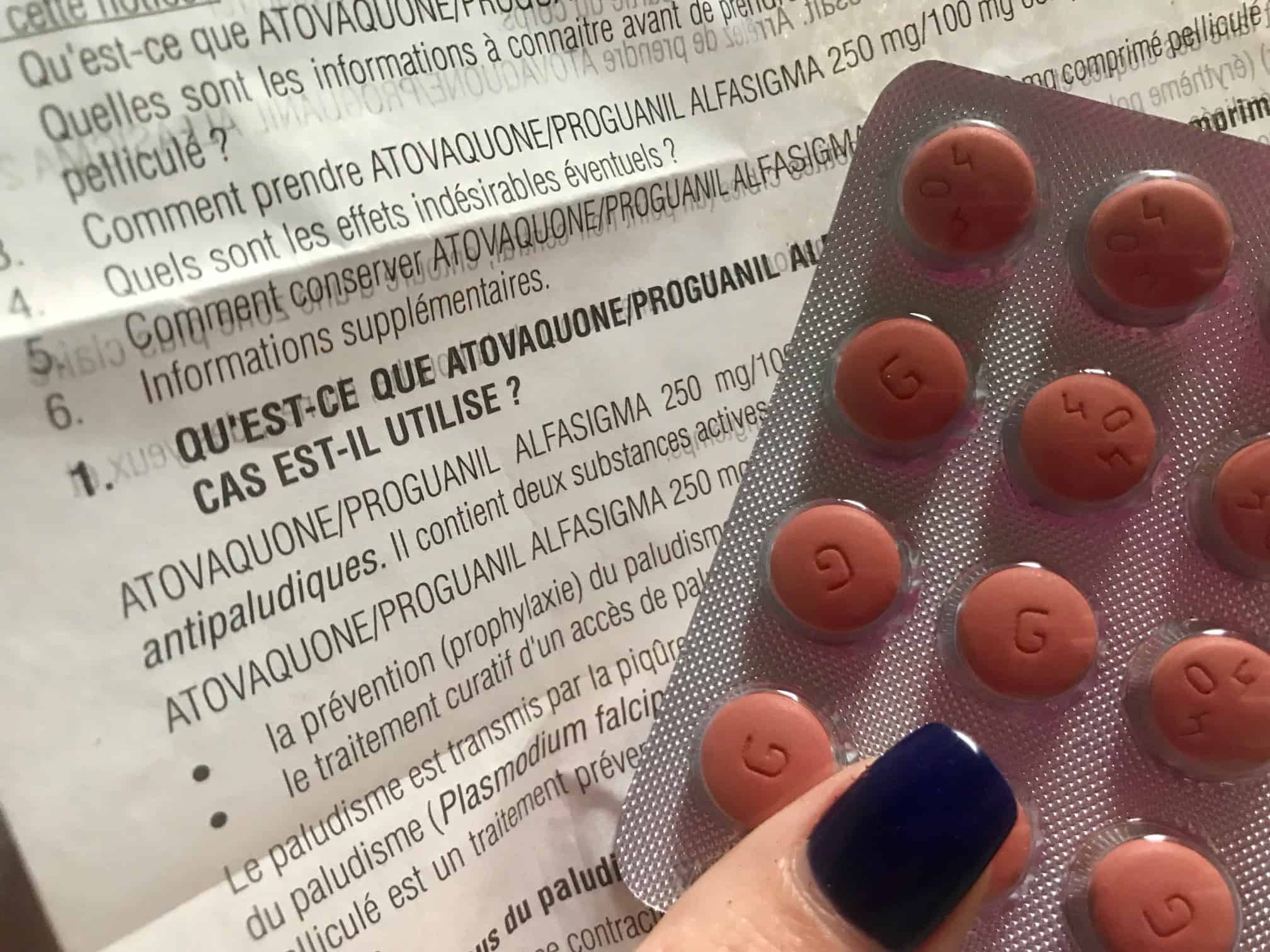 2. Malarone is not always worth it. Do what’s best for you.

I took this anti-malaria drug on the advice of my doctor for my Haiti and Africa travels over the summer and I feel it wrecked my stomach and caused all kinds of problems. I wrote an entire post on it here. If I travel to a malaria-prone region in the future, I’ll think long and hard before taking this strong drug ever again. The advice of a doctor is valuable but when it comes down to it, we know our body best and have to make an informed choice for ourselves. Now that know how I react, I can’t say I’d take Malarone again. 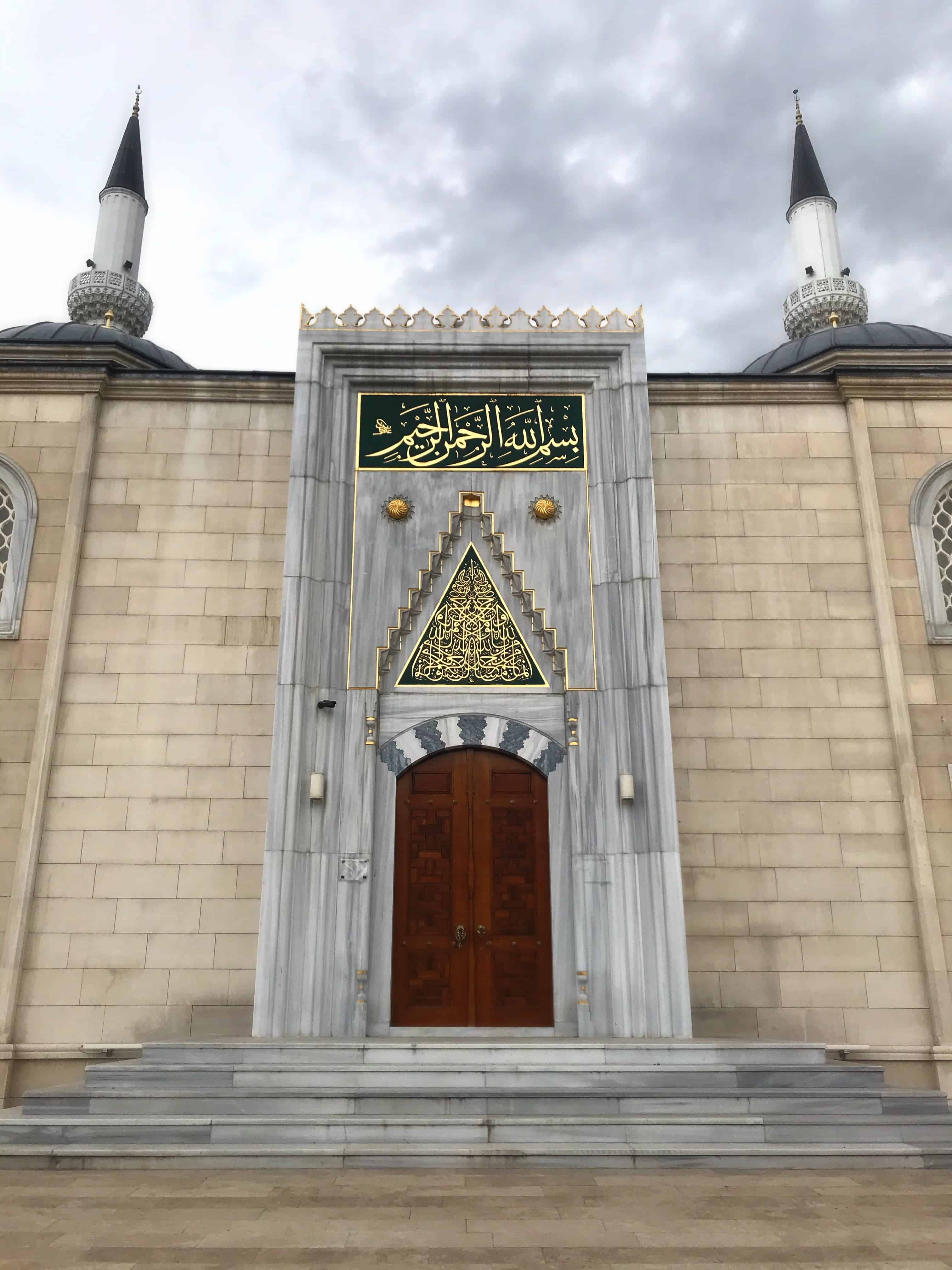 3. It’s hard to stop doing the things you do out of habit.

Case in point: In Kyrgyzstan, the majority of the population is Muslim. Even if you know that Muslim men generally do not shake hands with women, out of habit I extended my hand after my male colleague did to greet a group of people. I was met with nervous looks and awkward silence that reminded me I should’t have done that. Even in a professional setting, women should wait for the man to extend his hand first. When you’re in a new environment, it can be difficult to remember cultural norms and not react out of habit.

4. Getting sick abroad sucks and nausea is one of the worst feelings ever.

Yah, I’ll spare you the details but let’s just say I got food poisoning even though I was super careful and ended up with IV meds and fluids. While food poisoning can be violent and super unpleasant, it’s usually short lived and after 24 hours, you’re able to move around and get out a bit. But in the moment, my god does nausea suck. In my experience up until this point, after vomiting, you have some relief for a little while until it starts ramping up to the next episode. Except in my case, the nausea was pretty much constant for 5 hours. I couldn’t use my phone, listen to a podcast, or distract myself in any way. I had to be in the moment just to get through the night and found myself tapping or counting or just rocking back and forth to pass the time and get myself through the worst nausea of my life. 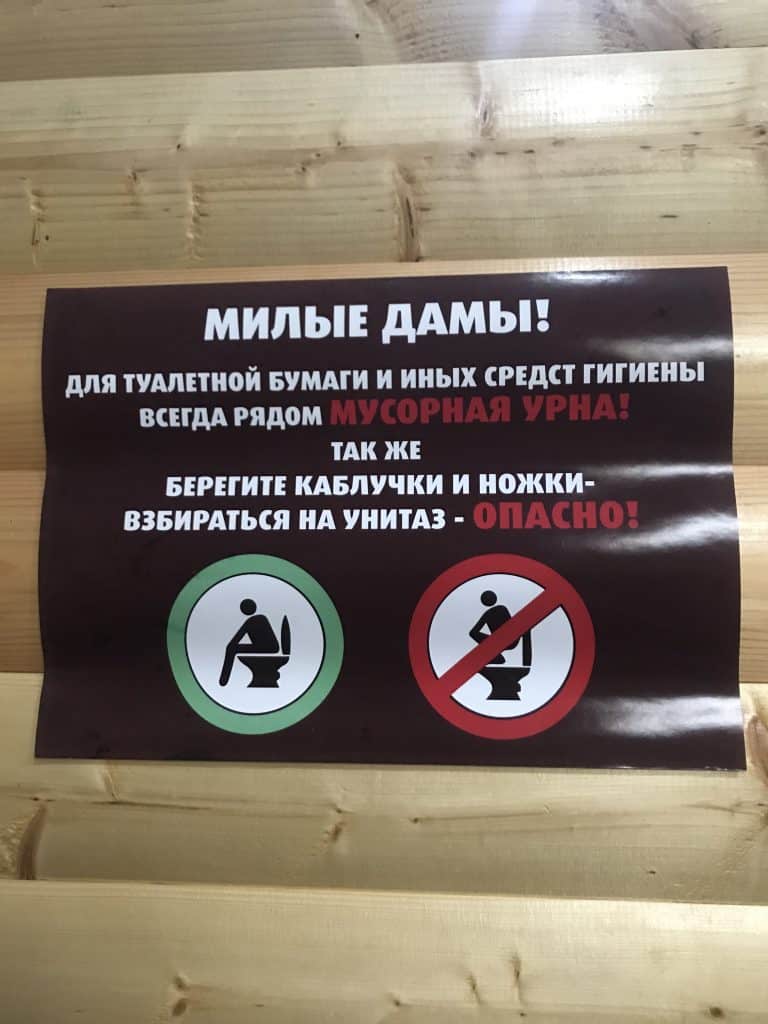 5. The Russian alphabet (Cyrillic) is not something you can learn quickly.

In Kyrgyzstan, there are two official languages: Kyrgyz and Russian. The local language is Kyrgyz but nearly everyone in Bishkek speaks Russian, both of which use the Cyrillic alphabet. All of the signs are in Russian and if you don’t have a translator with you, good luck! I managed to learn a handful of letters and words, but the Russian language and alphabet are no joke. Although I didn’t make much progress with the language, it was super interesting learning the sounds and words while I was there. My colleagues tried to teach me about something called cases, and I was lost after 5 minutes. I won’t even try to explain Russian grammar, but read this.

6. Time away is a good mental break.

I hate being busy. A perfect day for me is to wake up and have no plans. But at the same time, being busy can keep your mind occupied and focused on new things. Work travel can be a distraction from your everyday stressors and a way to press pause on your routine. A change of scenery was a good thing for me and forced me to focus on my work project and not the silly stuff that annoys me in my everyday life.

7. After trips, your body needs to rest.

After each of my trips, I got back home to France and wanted to collapse. For several days, I had crazy fatigue. Mental, physical, just weak and tired and in need of a break. Luckily, the French pharmacy has products that help with that, so after a day of rest and some vitamins, I was good to go. But the body fatigue caught me by surprise. Travel, jet lag, a busy schedule, and intense work all take their toll so remember to take care of yourself. 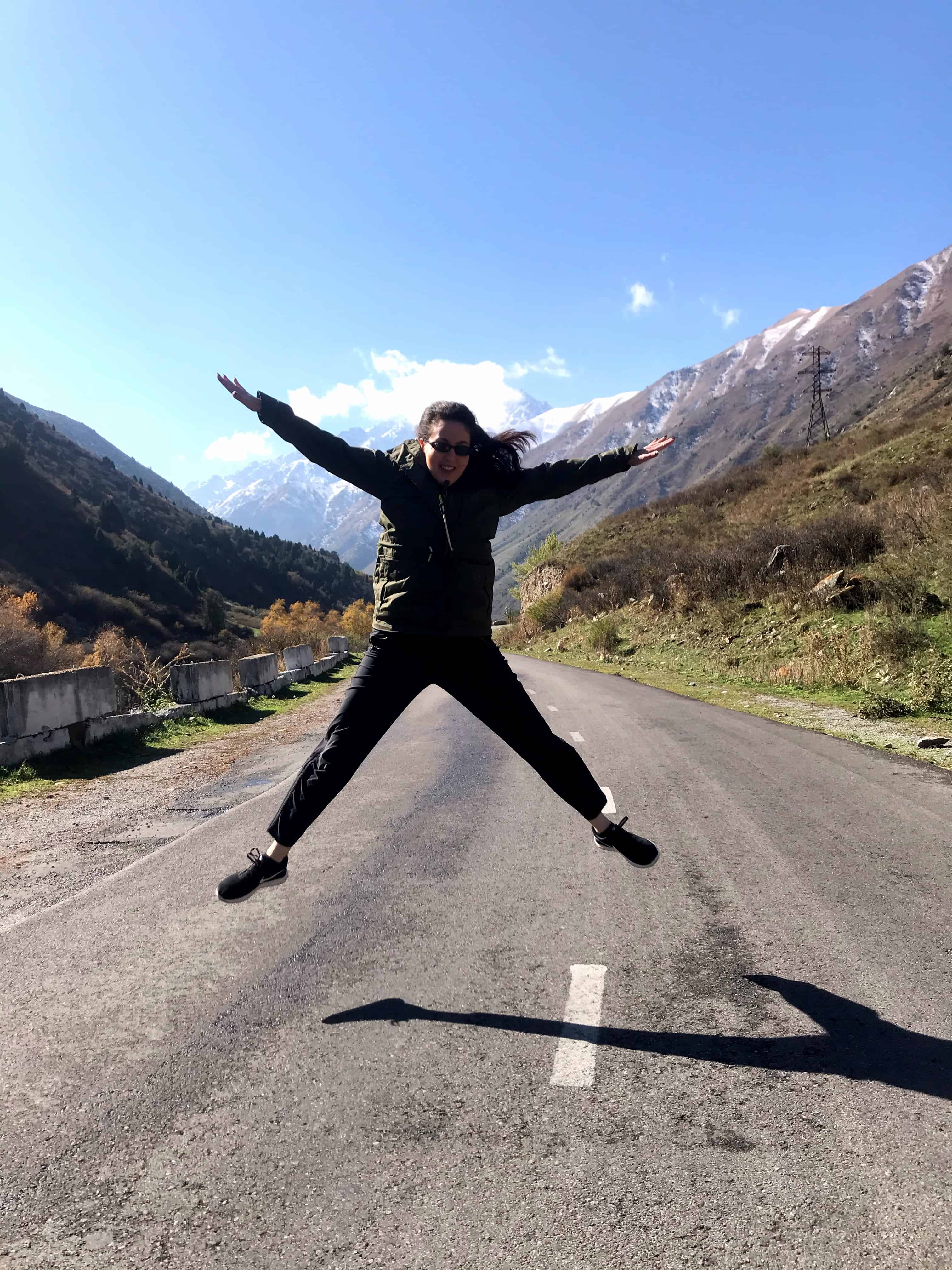 8. Off the beaten path is a good thing.

The world’s beloved cities are adored for a reason, and packed with tourists, but if you have the opportunity to go to a lesser-known place, do it. My travel was all for work so I didn’t have a ton of time to be a tourist, but I got to experience countries that I never thought I’d visit. I went in with no expectations and purposely didn’t do a ton of research and went where our project took us. I saw extremes of beauty and ugliness, extreme wealth and poverty, and am so thankful to have had the opportunity. Who would have known that Bishkek would have some of the best sushi of my life and fantastic food? Or that a Rwandan tailor would make the most beautiful skirt in my wardrobe?

9. English is a privilege.

I’ve traveled before, but I think this summer opened my eyes even more to the fact that having English as your mother tongue (or being able to speak it) is such an advantage. Without English, and no knowledge of the local language, communication would have been even more difficult. A French friend of mine from the gym only speaks very basic English and we had a conversation about how she wouldn’t feel comfortable traveling to non-touristy areas given her level of English and she has a point. No matter where people are from, the global language is English and I’m extremely fortunate that it’s my mother tongue. Being so far from home only emphasized this privilege and it is something I don’t take for granted.

Finally, even though I hate my hard bed, it feels incredible to be home and snuggling into my own sheets and pillows with Tom and Dagny at my side.

Some other updates & thoughts

Tom and I are heading to the US to see family in between Thanksgiving and Christmas this year and I’ll finally meet my nephew in person. He’ll be turning 1 and we’re psyched to be there for his party!

Has anyone been to Jersey in the Channel Islands? Tom, Dagny, and I are doing a long weekend there this fall, so give me your suggestions!

I’ve made a shift when it comes to how I shop and I am committed to only buying ethically made clothes or buying second hand. I plan to talk more about this in an upcoming post. One brand I love is Organic Basics. You can get 10% off with code OUIOBC at checkout. They’re from Denmark (and ship worldwide) and I can’t get enough.

How are you? Do you have any observations of your own after a hectic work travel schedule?

SendMyBag review: Cheap way to send your luggage to France