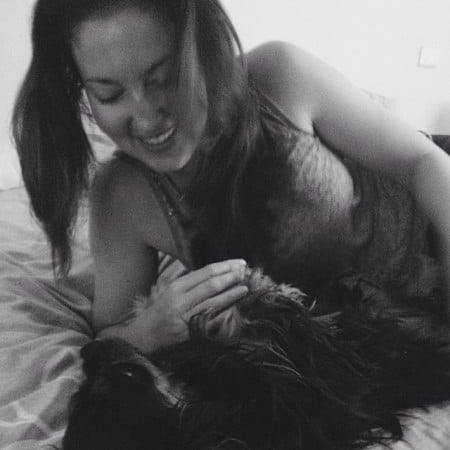 Those who know me from back home know the exact path my life’s taken since graduating high school back in the day. But Oui In France started three years ago (yes the blog’s 3-year anniversary is this month!) and maybe you’re curious about the back story. If you’ve read my about page, you know I am an American living in France but how did I get here? Today I’m turning back the clock and sharing the things that led up to me moving to France. So let’s break down how and why I’m living in France. Maybe you can relate.

Here’s the short version of how I ended up living in France.

So let’s start this story a few years after college when I was living in NYC. I took the traditional path leading up until this point and got a full-time job right out of college working in sales and then for an accounting firm in NYC. It had a decent salary and life in NYC was good. But then I started feeling like, “Is this it? What else is out there? Who else is out there?”

I wasn’t happy in my day-to-day life and wondered what other opportunities I could pursue.

A quarter-life crisis is real.

Well, it was for me, anyway. After going to college and working for a few years, I just got restless and wanted more out of life than the daily grind.

I had toyed with the idea of living outside of the US and considered working for a resort in the Caribbean (after getting inspired by a cruise there) but never put any of my ideas into action. I also took a trip to Paris with a girlfriend of mine from work, which reignited my love for French and France. To help make my time outside of work more enjoyable, I started taking tennis lessons and French lessons for fun but I still wanted more. I just didn’t know what that was.

To further make a change for myself, I started looking at other career opportunities thinking maybe I wanted a career change and not a location change. While researching, I came across the TAPIF program for native English speakers to teach English in France for a 7- or 9-month contract. Despite not knowing anyone in France, it appealed to me. It was a legal — and paid (albeit just a part-time salary) — way to get to Europe and figured if I could just get there, I could figure out a way to stay if I decided that’s what I wanted. I never really thought about teaching English up until that moment, but then figured, why not?

Pros and cons of the teaching assistant program in France >>

What did I have to lose by applying? Not a thing.

And that’s an attitude I apply to most things in life. We lose nothing by trying. What’s the worst that could happen?

I studied French in high school a little and had visited France before and figured it might be a fun experience to at least try for.

Would Europe have more opportunities than NYC? Would it feel right? Would I hate it? I had to apply to this TAPIF program to be considered, so I did. I wasn’t sure if I’d accept the position if accepted, but it was all about creating opportunities for myself. While waiting for an answer, I saved as much money as I could and kept my hopes up while enjoying life in NYC. Saving money is never a bad thing.

It was during this waiting period that Tom went on vacation to NYC for the first time and that’s where we met (after I applied to the teaching program, which had nothing to do with him). We were both single and clicked right away, but he was just visiting New York on vacation and returned to France two weeks later. We stayed in touch and became really good friends talking almost every day. I missed my new friend and was secretly hoping I’d be accepted to the teaching program just to go visit Tom!

Then about a month later, to my surprise, I was accepted into the teaching program and would be placed in a suburb of Paris! Something was telling me to just go for it, so I happily sent back my teaching contract signed and dated and couldn’t stop smiling.

I decided to take the detour life handed me because when else would I have this opportunity? I didn’t want to regret NOT going and being upset with myself, so I went for it. I had saved money, didn’t have a mortgage or boyfriend and had a backup plan if I hated it, so why the heck not?

In a few short months, I’d be off to France for a 7-month teaching contract in the suburbs of Paris. I’d have to quit my job, give up my car and apartment and leave everything comfortable to embark on a totally new experience alone. And that excited me. I’m so proud of myself for taking that risk.

So we’ll fast forward through the specifics of the teaching program (if anyone wants more details on that experience, click here).

The 7 months flew by and while in France, Tom went from friend to boyfriend.

Although he lived hours from Paris, he helped me navigate the French bureaucracy and would drive just to see me as often as he could. Not sure I would have made it without him! I also found some freelance work I could do online to help bring in some cash to travel around Europe. Together, we went to Prague, Croatia, Venice and he showed me all around France. 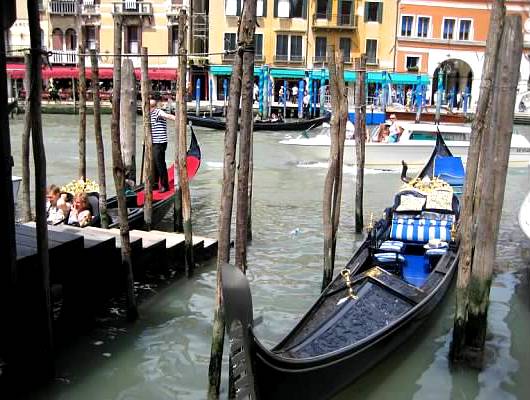 The summer after my teaching contract was up, it was time to head home just in time for a friend’s wedding. Once back stateside, I found a job but I was pining for a way to get back to France to be with Tom. Tom and I would visit each other as often as we could, but a long-distance relationship isn’t easy. I sent out about 20 resumes to jobs in France and was offered a job in Paris but the salary was extremely low despite it being full-time work, so I had to decline.

For about a year, we did the long-distance thing. As the months ticked on, we kept on working in our respective countries, talking daily, but the distance was becoming too much to bear. We knew we wanted to be together and decided to get married. That way I could legally move to France (or Tom could move to the US) and we could finally be together and start our life as husband and wife.

So in August 2011, we tied the knot in a small ceremony near my hometown in New Jersey and I moved to France shortly after. On my birthday in 2011, we got Dagny and we’ve all been here ever since. 😉

How did you end up living where you are?

You are in control (my backstory)