“If there’s a will, there’s a way.” This old adage has proven true for me time and time again and I believe that if you put your mind to something, you’ll get there. It might take a while. The path might not be linear. But you’ll get there, whatever it is.

Maybe you’ve considered living or working abroad and you’re looking to make a change for yourself. You’ve toyed with the idea but self-doubt takes over or you just feel lost as to where to start. Curious about how to find a job in France (or elsewhere?)? It’s not impossible, but you have to put in the work.

Here are my tips on how to find jobs in France for foreigners! Hopefully it’ll motivate you to try.

How to find jobs in France for English speakers

After my teaching assistant contract was over back before Tom and I were married, I was looking for ways to legally stay in France and work. Everywhere I looked, people went on and on about how hard it is for Americans to find jobs in Europe. I’d read about how jobs in France for foreigners are hard to come by and how it’ll never work because companies don’t sponsor visas for Americans very often unless you have a very specific skill set. You see people telling others that in forums all the time and it’s discouraging.

The truth is that I had no idea how to find a job in France of any kind, let alone jobs in France for English speakers, but did it deter me from trying? Nope. I worked my butt off trying to find something and was offered a position in Paris, as someone who was not fluent in French. The company was even going to sponsor my visa (wasn’t married yet so I didn’t have the legal right to work without a sponsor at the time). 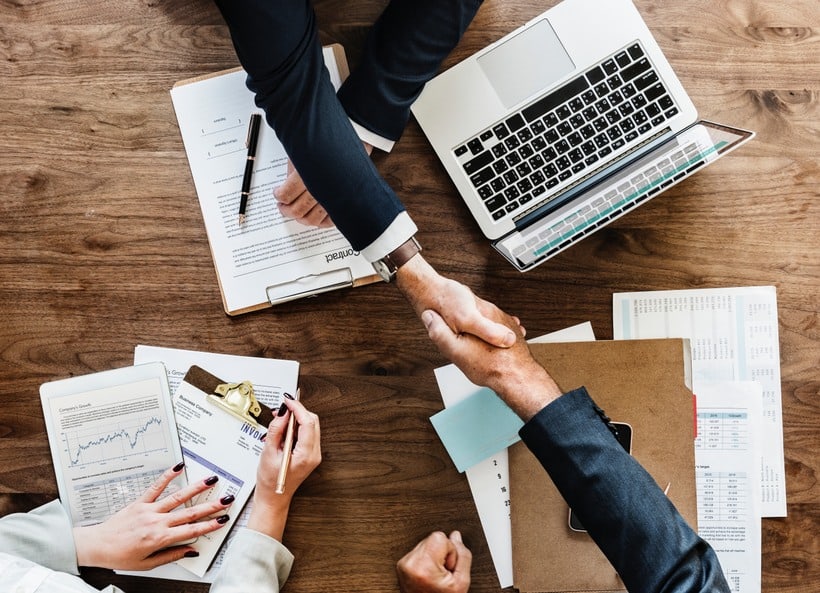 I got a bit lucky after putting in the hard work, but the point I’m trying to make is that we have to put in the work first and persevere. So often we get shut down. It’s a part of life. Others tell us our ideas won’t work or we flat out get rejected. It’s happened to me and it’ll happen to you. Support can be hard to come by.

But persistence is what will get you there and giving up is not an option, OK? Keep in mind that good things rarely just fall into our laps when we’re sitting around doing nothing. The world doesn’t work that way.

Remember, you don’t care if the majority of companies turn you down or if hiring an American is rare. Or if everyone tells you it’ll never work out. Ignore people who don’t lift you up. All you need is for that one company to see what you can offer them and say yes to giving you a chance.

You don't care if the majority of companies turn you down or if hiring an American is rare. Ignore people who don't lift you up. I'm proof that finding a job in #France is NOT impossible. Here are my tips!Click To Tweet

Laying the groundwork for finding jobs in France for foreigners is step number one. While job searching once you arrive in France might work for some, you have a much better chance of actually finding work if you do your research and network before you buy a one-way plane ticket.

So what does this groundwork entail?

How to move to France >> 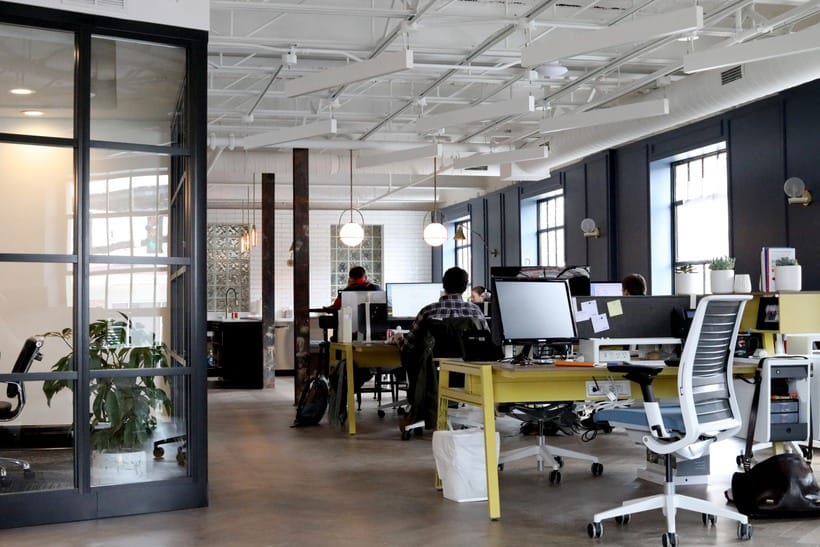 This isn’t an all-inclusive list, but it will get you started. There are all kinds of ways on how to find a job in France and I’m just sharing what has worked for me:

Network like crazy. Tell everyone of your plans. And do this well BEFORE you move. You never know who can help you and don’t count anyone out. Maybe they won’t lead you to a job, but maybe they know someone who can or they read something recently that would be helpful to you as you search. If you keep mum about your desire to move, you could be missing out. Think about friends, neighbors, distant cousins, current and old work contacts, family friends, old teachers — basically anyone you come into contact with. What’s the worst that can happen?

Case in point: When I first moved to France for a short English teaching assistant contract, I had to find my own housing. Crazily enough, someone in my French class at Alliance Francaise just happened to know someone who knew someone who was renting a studio in the town over from where I’d be teaching. If I hadn’t told anyone about my plans to move, who knows where I would have ended up living.

Some will say it’s easier to find a job once you’re already there in the new city, and while that can be true some of the time, it’s a gamble and stressful. It’s a lot more practical to look for a job in France (or lay the groundwork via networking) when you’re still home. With the internet, you can research and email anyone you’d like and you don’t always have to be somewhere in person to find an opportunity.

Along with networking, make sure you’re working on your level of French. You don’t have to be bilingual but it helps if you’re taking steps to at least be conversational in French. Jobs in certain fields might be geared toward native English speakers, but most of the time, you’ll need at least an intermediate level of French to get by, so now is the time to improve your French. It’s not really possible to get by in France (outside of Paris at least) without a decent level of French, so start learning.

Send out well-written cover letters and resumes to companies you’d like to work for even if there are no jobs publicly available. And do it in French with a tailored cover letter for each company. Take the time to do this part of the process well!

About a month after my job search began, a company I emailed — that had no open jobs posted on their website — emailed me. I was at CDG airport about to board my flight home and they let me know about a job opportunity that had just come up. It was a great fit and I was actually surprised my cold-emailing efforts had paid off. Don’t be surprised, OK? Hard work will get you there even if you only get one call back after sending out 20 or more resumes.

As it turned out, I was offered the job but the pay was extremely low and wasn’t going to cut it in Paris, so I declined. But the point is that putting in the work will end up paying off. Do your part and let the rest happen.

Focus on bigger cities. There are several reasons for this. Bigger cities are going to have more opportunities for jobs (possibly in English if that’s what you’re looking for), will be easier to travel to and from, have more opportunities for housing, and it’ll be easier to meet people in more populated places. That’s not to say jobs out in the country aren’t worth your time, but if you want to increase your chances of finding a job, focus on larger cities first.

Keep an open mind. Just because you’re a social media manager in the US doesn’t mean your exact job title will translate to a job market abroad. Keeping your options open and looking into work opportunities you might not normally consider back home will only help you, so don’t turn your back on anything. I never thought I’d be teaching English in France (and I wasn’t a teacher by trade in the US), but it was an opportunity that interested me and allowed me to first get to France legally (the TAPIF program) and see if it was right for me.

While here, I was able to network and figure out what I wanted. That never would have happened if I had assumed teaching wasn’t for me. It was just a seven-month contract, and I figured even if it was horrible, I could stick it out for seven months. Guess what? It wasn’t horrible! But my identity shifted a little.

Don’t underestimate the power of positive thinking. I don’t know if I believe in the power of the universe and the concept in the bestselling book The Secret (not sure it’s that simple, but I like the idea). Do you know what I do believe in? Focusing on the things we can control and to have faith. Our mindset controls our reality and being positive and proactive can’t hurt. Think about it: If you have a crappy attitude, you’re going to be miserable, bring others down, and not have the right mindset to accomplish anything. Been there!

On the other hand, if you try to stay positive and look ahead, you’re doing yourself a favor. You’ll give yourself a boost subconsciously and be more likely to focus on your goal and pushing ahead instead of going in the other direction and finding all the problems with any situation. 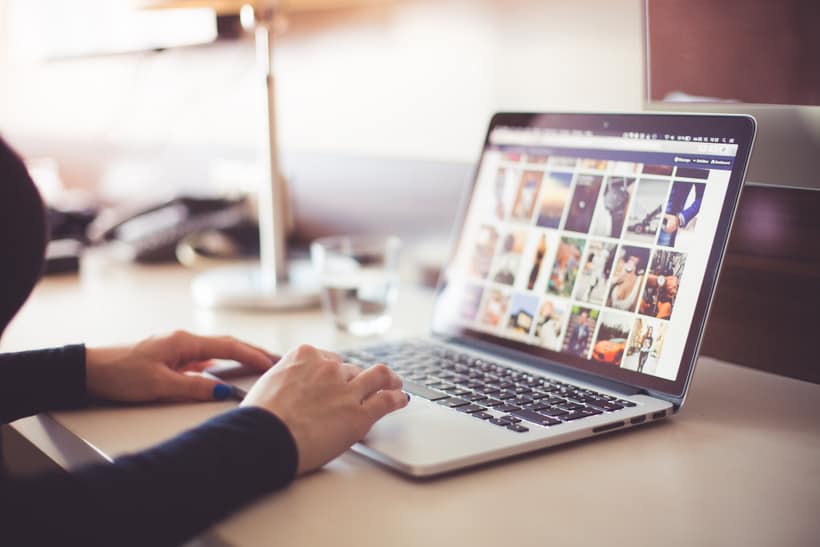 Here are some job searching sites to get you started with finding jobs in France for English speakers:

Once you have a job, if you’re looking for a free no-nonsense bank account in France, especially if you need to send and/or receive money in various currencies, I highly recommend TransferWise. It’s a great tool for sending and receiving money internationally with low fees — much cheaper than using your local bank. You can have your paycheck directly deposited as well. Not to mention opening an account is free along with a debit card and there are no monthly fees with TransferWise like there would be with a traditional French account.

If you don’t have any need for a currency other than euros and never transfer money, N26 is my other banking recommendation.

For more on banking, here’s how to open a French account as an American.

Where there’s a will, there’s a way. I believe that now more than ever — especially when it comes to things like finding English jobs in France. Go get it! 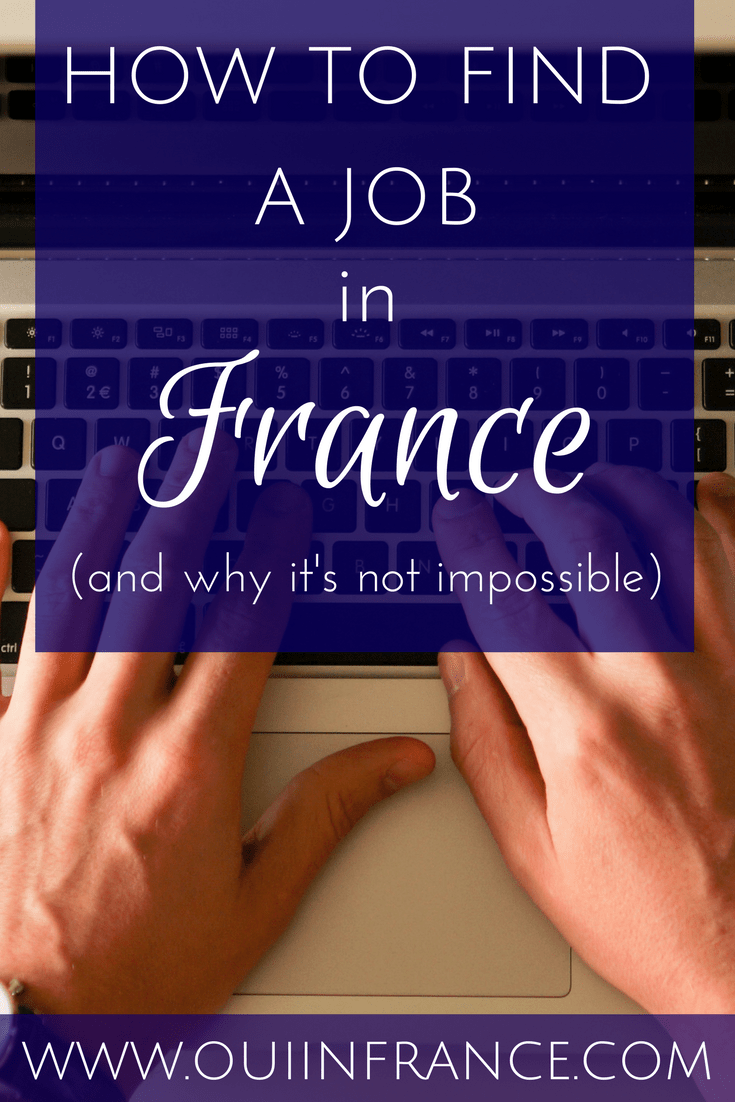 Why you should quit your job and move abroad

How to move to France

How did I get here? A little more about me

« How to say good luck in French and phrases to wish someone well (AUDIO)
Gilets Jaunes: Is Paris safe for tourists? »