A great way to improve your foreign language speaking skills is to converse with native speakers, but what do you do when they keep switching to English? How can you practice if people never respond to you in the language you’re trying to learn? This is a common complaint I hear from English speakers who travel to Paris and naturally want to practice their French. The English speakers bust out their French and the Parisians just aren’t having it and switch to English at every chance they get. Why does this happen and what can a language learner do to stop it? 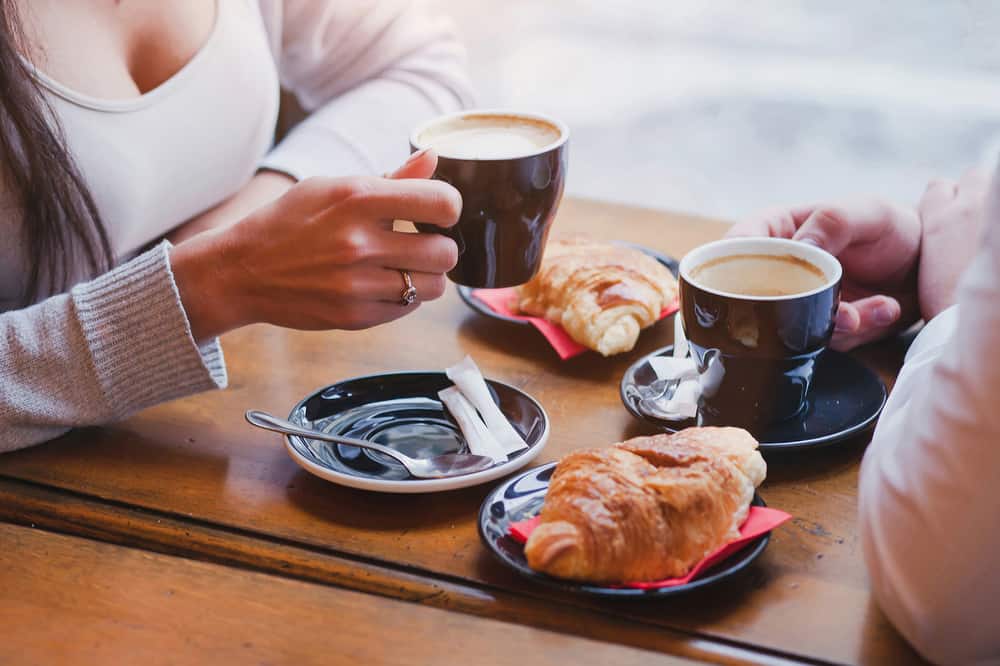 There are two types of tourists who come to France: 1) Those who can speak French and want to practice their French with locals and 2) those who don’t speak French and are grateful when a French person knows a bit of English.

If you’re in the first camp, maybe you can relate to this. Several days of your vacation go by and you become fed up that all the Parisians are switching to English as soon as you get a few words out in French. As frustrating as it can be, when French people switch to English, they’re not trying to annoy you. They’re not trying to purposely crush your language learning dreams or to be discouraging or rude (well, not 99% of the time anyway).

When I first moved to the Paris region of France, I had an low-intermediate level of French but had major trouble with understanding French spoken in real time. I could read and write rather well but comprehension was toughhhhhh. I always felt defeated if the person switched to English. But I appreciated it because the first couple of years were not easy.

Then as time went on and my level improved, I’d get so annoyed if someone dared to switch to English on me. Come on, dude, I’m here in France speaking your language. What’s your deal? Then when I moved back to suburban France after getting married a couple of years later, it started happening less and less. I can probably count the number of times someone has switched to English on me on one hand.

There are several reasons why the French switch to English, so let me give you my take on why this is happening and how you can get them to stop. 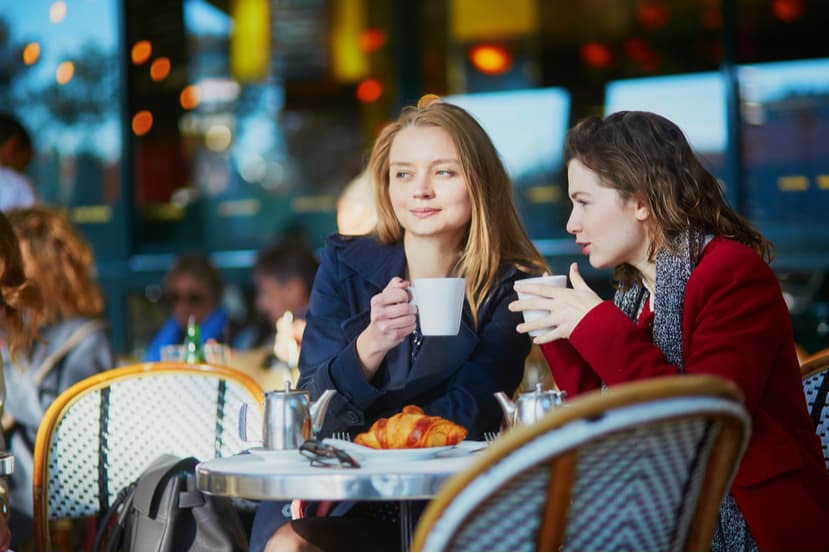 There are 3 main reasons why French people switch to English:

1. Their level of English surpasses your level of French (or they think it does). This is the main reason. Because of this, the conversation may be quicker and easier to understand for all parties involved if you stick to English. They assume they’re helping you out by speaking in your native language, not realizing that you want to practice. They might not have the patience or the time to engage in a conversation of broken French. In a business transaction of some sort (paying for a tour or shopping), the French person is used to tourists not speaking French, so to be efficient and friendly, they cater to your native tongue if they can. Many times, even if you can make yourself understood but it just takes a while, random people you run into don’t always have the time to wait while you practice French on them.

3. They switch because they can. They want to show off their English skills. Even if you speak French rather well, certain types of people will want to bust out their English skills no matter what even if it doesn’t make sense for the situation. An example of this is when we went to a veterinary specialist in Paris who had studied in the USA. Despite the fact that we were in France, he was French, my husband was French, and I spoke French, he wanted to speak to both of us in English once he found out I was American. Getting the message across and making sure you’re understood is what’s important and since we all spoke English, it was understood. We just let him continue on in English even though it was odd. In this case, he probably didn’t get many opportunities to speak English at work, so he went for it with us and was happy to speak English.

What’s your goal with speaking French?

So when this switching to English thing happens, consider the following question: What’s your goal with getting the French to speak to you in French?

Is it a need or a want? Is it super important that you get your French up to speed ASAP because of a job or a move to France or are you a tourist just visiting who is learning French for fun?

If you need to be speaking French for your job, studies, or life in France, it’s really important to have trusted French speakers who know you a little bit and who can help you get your French up to snuff in the right context. If people in everyday life switch to English on you, I think it’s best to let it go. It’s not the end of the world if it’s a short interaction with someone you don’t see regularly. As you improve, it’ll stop.

If someone you speak to regularly switches to English and you want it to stop, I think it’s worthwhile pointing out that it’s really important to you that you speak French together. Then explain why. Anyone who cares about you will do their best to honor your wishes.

Some French people are happy to see English speakers and want to practice too, so it’s a balance I think. Consider the context. Are you trying to practice French with a busy waiter or shopkeeper or are you striking up conversation in a relaxed environment at a party or someone who is clearly showing you they have time to talk? 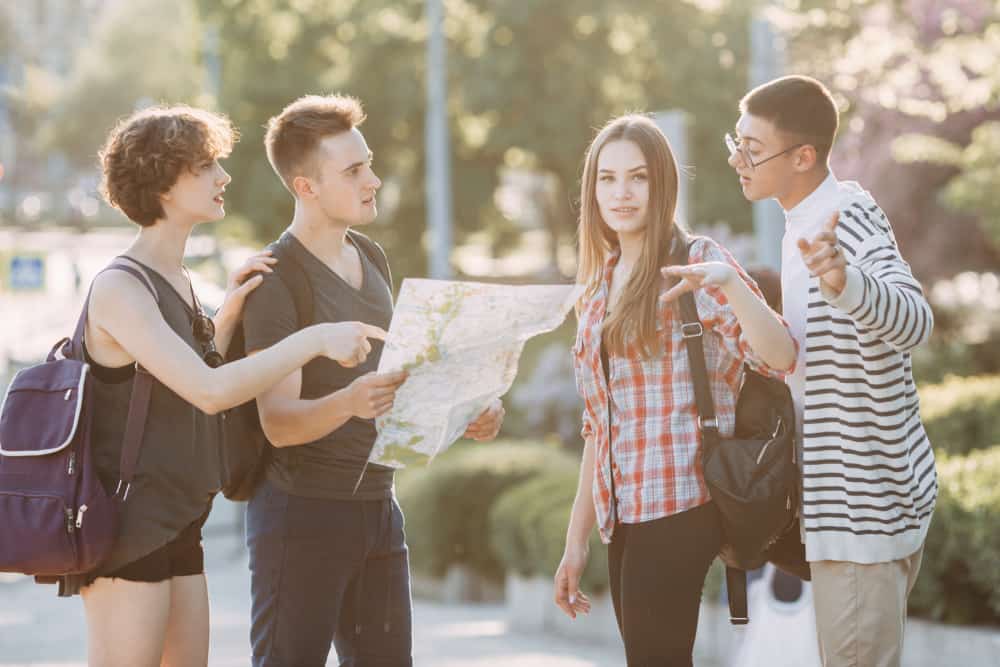 Here’s how you can keep the conversation flowing in French:

-Get out of Paris and other big cities. Now, I know this isn’t possible if your vacation plans are taking you to the capital and only the capital for the week, but if you have the option to visit smaller cities outside of Paris, it’ll be easier to keep the conversation in French. The majority of French people, especially in smaller towns outside of tourist hot spots, do not speak English comfortably so it’ll be much easier to converse in French when there’s no other option.

-Improve your French. Let me be blunt about this because it’s the truth. 99% of the time, the switch happens because your French isn’t strong enough to carry the conversation. Think about it. If you speak French rather well, there’s no need for someone to switch. But maybe you’re thinking, “But Diane, how am I supposed to improve if people keep switching to English?” Well, the random people who are switching to English when you’re visiting Paris aren’t the ones who are going to help you improve. Putting in the time with your language partner or French teacher, grammar books, watching French TV shows and repeating what you hear, etc. are all going to help you improve so the next time you visit France, you’ll have more confidence and people won’t switch to English on you because it’s easier.

-If it’s a casual conversation and both of you have time, politely ask to continue in French. Some people won’t, but still, go ahead and ask to keep the convo in French.

-Refuse to give in (if your level can keep the conversation going). Do not bluff here. If you legit can’t converse well in French, do NOT refuse to give in if it’s to save face. For example, if it would be rude for the context of the situation, let the French person switch to English if it’s easier — like with a busy waiter who just wants to make sure he has your correct dinner order. Now, if your French isn’t bad and the context is right, keep speaking French even if the person continues to reply in English. They’ll get your point after a couple back and forths. If this is a hindrance to the conversation and your level of French is well below their level of English, then you may have to give in and that is OK!

-Pretend you don’t understand English at all or at least not their accent English. Use this one with caution. You’ve been warned. This method is only to be used when you’re desperate and if the person is being rude. It’s for when you can clearly communicate just fine in French and the person will not let up with switching to English. If you can hold your own in French and they still switch to English, it’s up to you if you want to step it up a notch. When they say something to you in English, stare back at them blankly, blink and tell them, “Desolée, je ne comprends pas.” And continue along in French, as if you couldn’t understand their accent. If you say you don’t understand English period (not an insult to their accent, but just that you don’t speak English in general), be careful. They may ask where you’re from, so if you say you’re Russian or German or something in an attempt to keep the convo in French and they speak one of those languages, you’ll look silly for lying. 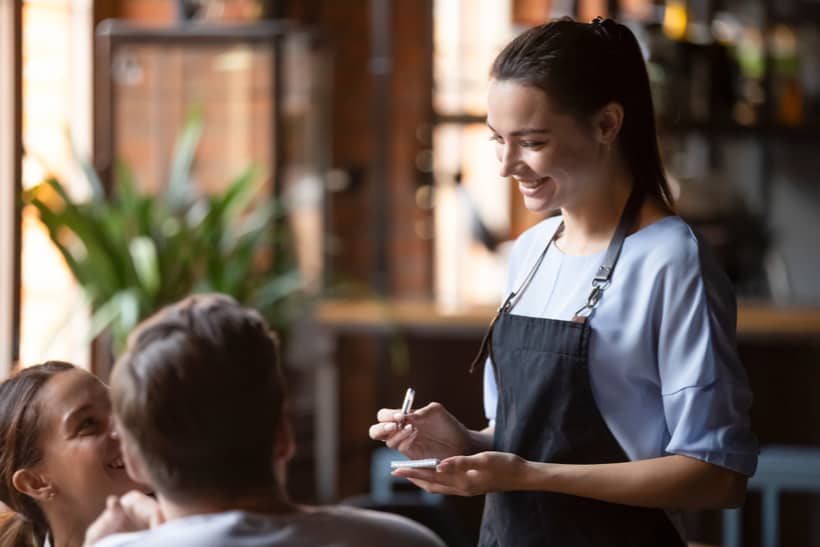 A few things to keep in mind about the above advice:

Pick your battles. If you need a quick answer and someone is rushing, at work, or has a screaming child in their arms, don’t push to keep the conversation in French. It’s not important to get your way in every circumstance.

You can always find a new conversation partner. If someone is monopolizing the conversation in one language or you find you’re the one constantly doing the teaching, there are loads of people out there who would love to do a language exchange.

Always be polite. Always. You’re the foreigner and first impressions matter. It’s not worth it to have the last word or get fired up over something that won’t matter in the long run.

Lastly, I wrote a post that complements this one all about how to get native speakers to correct your mistakes, so check that out if it’s of interest.

What’s your experience been with French people switching to English? 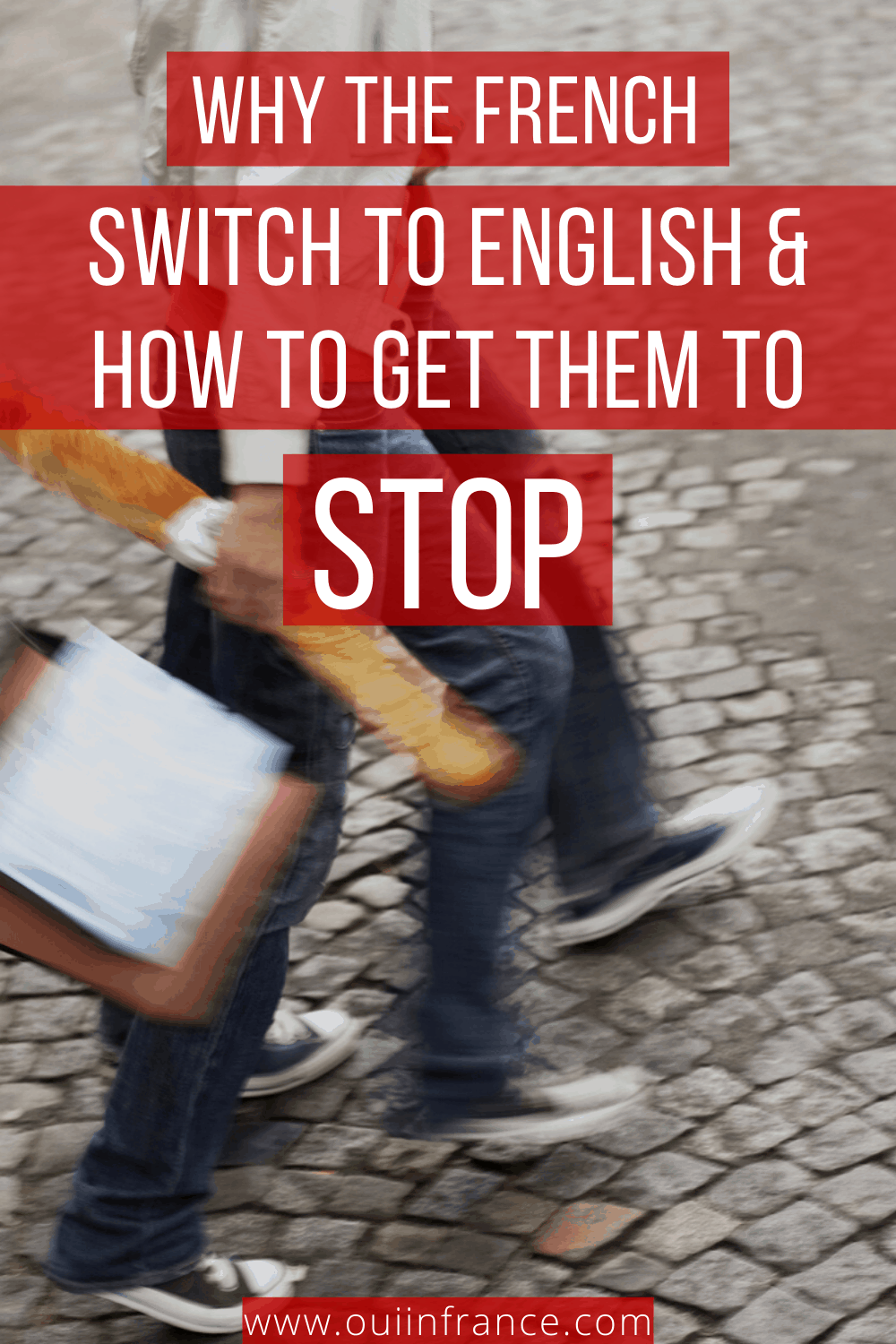 How do you pronounce French words when speaking English? French accent in English: They sound great unless you say one of these words