Eiffel Tower. The Louvre. Arc de Triomphe. These are just some of the most iconic tourist attractions in the world, and you can find all of them in Paris, France. However, if you’ve been to Paris before and you want to explore more of the country without going too far, here is a list of the best day trips from Paris to experience the real France. From the quiet village of Giverny to the elaborate estates in Versailles, here are the top 5 day trips from Paris that are worth your time.

All of France is the real France but there’s a lot to be said for getting out of the capital city and visiting cities near Paris. Whether you’ve been to Paris before or not, why not venture outside the city for a day. There are so many day trips from Paris that will show you gardens, the arts, castles, French culture and charm in ways that Paris cannot, so let’s go. I hope France surprises you! 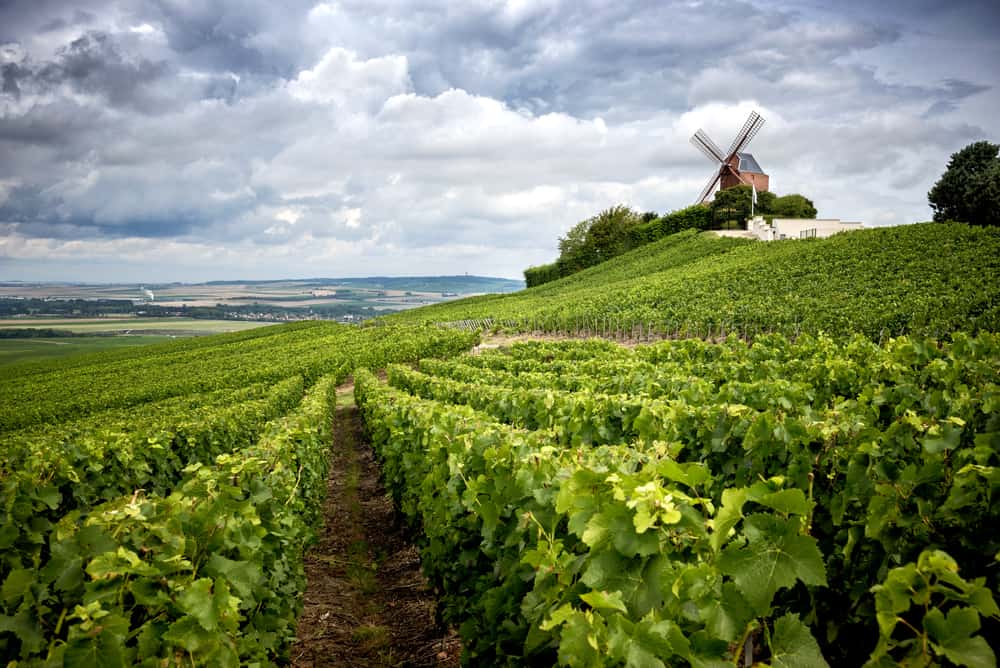 Let’s start off my list of day trips from Paris with Champagne, a wine region of France that makes the bubbly of the same name. Its location in the northeastern part of the country gives it the ideal weather and temperature for the best grapes in the world to grow. Most tourists go to Champagne to visit the vineyards and to taste the local wine, but drinking Champagne isn’t the only fun activity you can do in this part of France.

If you get tired of sampling the wine, you can also stop by Reims on your way. There you will see famous historical landmarks such as the Palais du Tau, a 17th-century royal and episcopal palace that is also a national monument, the Basilique Saint-Remi, a 6th-century abbey that also houses a collection of historical relics and art, and the Porte de Mars, an ancient Roman arch that dates back to the 3rd century. 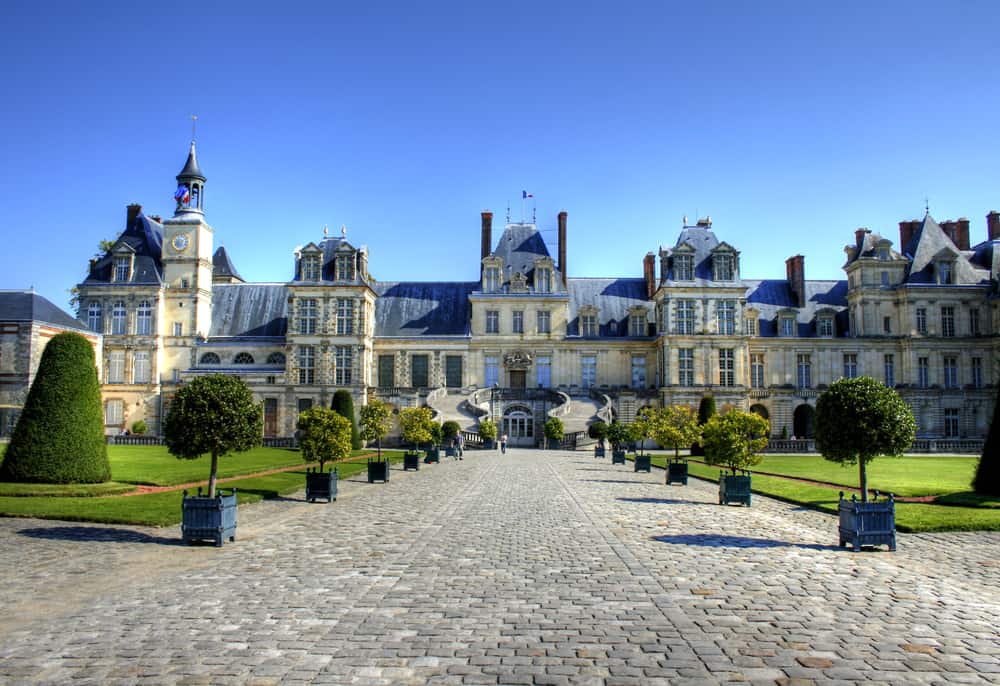 About an hour and a half south of Paris, you’ll find Château de Fontainebleau, which is one of the biggest royal residences in France. How big is it exactly? Well, the palace has 1,500 rooms and 130 acres of parks and gardens that might reinvigorate your green thumb. Given its historical significance, it is declared as one of the 44 UNESCO World Heritage Sites in France.

The first royal to reside at the Château de Fontainebleau was Louis VII who was the king of France from 1137 to 1180. Meanwhile, the last resident of the palace was Napoleon III who was Emperor of the French from 1852 to 1870.

Château de Fontainebleau is one of the best day trips from Paris not only because of its incomparable beauty, but because there’s also so much to learn while you’re here!

There are four museums within the estate. Empress Eugenie de Montijo, wife of Napoleon III, had an affinity for eastern culture. She had an elaborate collection of treasures from China and other countries in Asia, most of which were obtained by her husband and his army using brute force. Others were given to the empress as diplomatic gifts. All of these Asian relics and precious objects are now stored and displayed at the Empress’ Chinese Museum inside the Château de Fontainebleau.

The infamous Napoleon Bonaparte, or Napoleon I, gained power and influence during the French Revolution after he led the conquest of many European territories during the 19th century. However, the hero was exiled to St. Helena after his momentous defeat by the Prussians at the Battle of Waterloo. You can learn more about Napoleon I’s life when you visit the Napoleon I Museum in the estate.

If you’re interested in interior design, you should visit the Furniture Gallery where different collections of furniture that were used to decorate the Château de Fontainebleau are displayed.

Lastly, visit the Paintings Gallery where the different works of art that used to hang all over the palace are now displayed for the public to enjoy. 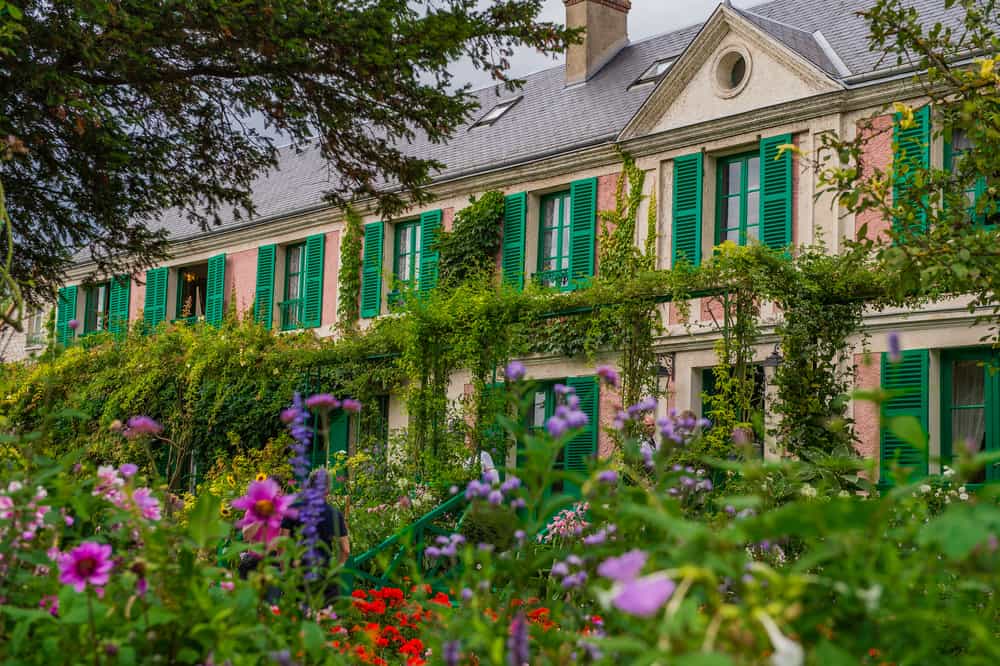 Giverny is a quaint village located west of Paris that is known as the last place of residence of the impressionist painter Claude Monet. He lived in Giverny from 1883 until his death in 1926. If you’re not familiar with Monet’s work, he painted “The Water Lily Pond” (1899) and “The Artist’s Garden at Giverny” (1900).

Recently, a Monet painting titled “Meules” was sold at a New York auction for $110.7 million! Just like “The Water Lily Pond” and “The Artist’s Garden at Giverny,” he painted “Meules” while he lived in Giverny. You can actually visit his place of residence, the Fondation Monet in Giverny, if you join one of the day tours from Paris.

Aside from seeing where the famous painter lived, you should also visit the Museum of Impressionism Giverny to see more impressionist paintings from other artists and the Castle of La Roche-Guyon, which is an 18th-century manor with a garden, observatory, and a channel of defensive tunnels used during World War II. 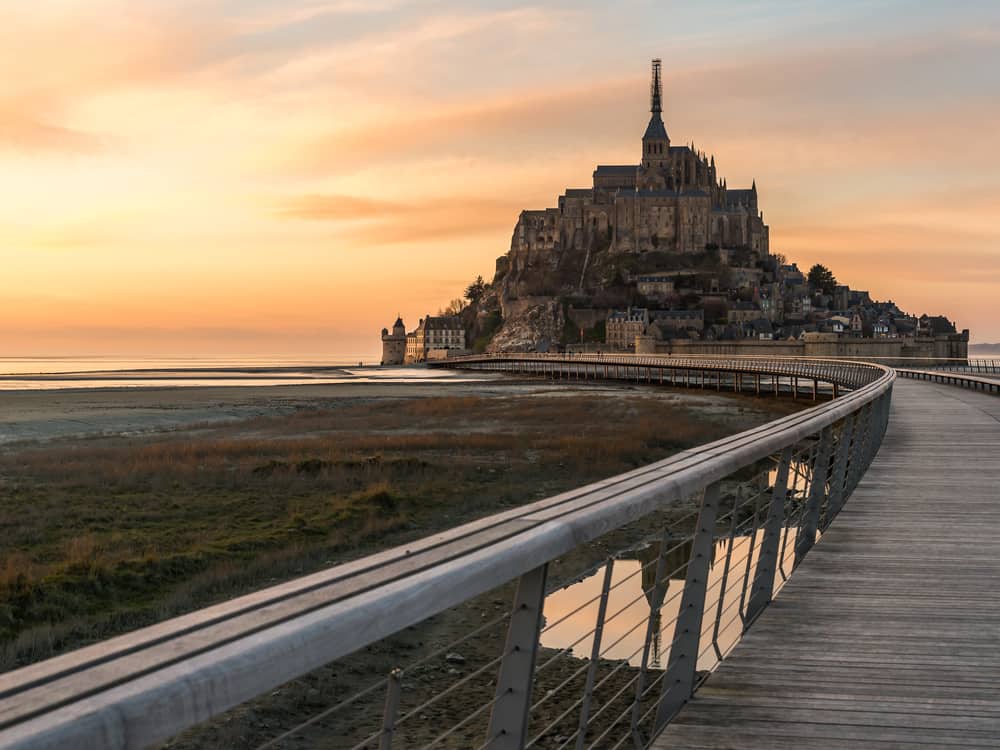 Most day tours from Paris are nothing like a trip to Mont Saint-Michel, a fortified island that dates back to the 8th century AD. It is an important pilgrimage destination during the Middle Ages, with an abbey and monastery prominently built on top of a hill on the island. These structures were designed by Italian architect William of Volpiano who was chosen by the Duke of Normandy, Richard II.

I’ve visited le Mont Saint Michel several times yes, it’s as impressive in real life as it is in the photo. I highly recommend wearing comfortable walking shoes because to get to the top, you’ll be climbing a lot of steps. I wrote a whole guide to Mont Saint Michel here.

Also, the cobblestones can be uneven and slippery when wet. As you look around, be sure to peek into La Mère Poulard restaurant to see the famous fluffy omelets being whisked before your eyes. If you’d like to eat at the restaurant, be sure to make a reservation, as it’s super popular with tourists. Then head to the marshy area around the Mont Saint-Michel to check out the quicksand at low tide. Out of all the Paris day trip ideas I mention, this might be my favorite. 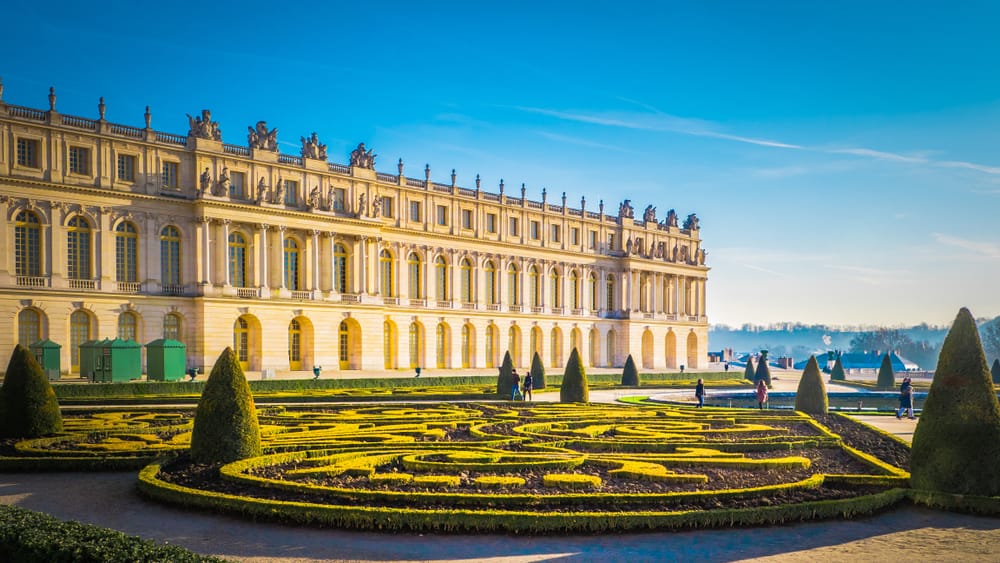 Versailles is majorly famous for a reason and is about a 35-minute drive from Paris or a 40-minute train ride from the Gare d’Austerlitz station. It’s one of my favorite cities near Paris and is a top Paris day trip option for good reason. It is well known for two UNESCO World Heritage Sites: the Château de Versailles, which was the official residence of French royals until the French revolution, and the Jardins du Château de Versailles, which was the adjacent garden in the estate. The first royal to have lived in the palace was King Louis XIV in 1682 and the last was King Louis XVI in 1789.

While you’re in the town of Versailles, you should also visit the Petit Trianon, which was Marie-Antoinette’s estate, the Grand Trianon, which was the private retreat for King Louis XIV and his maîtresse en titre (or official mistress) at the time, and the Chapels of Versailles, which is comprised of five elaborate chapels. Without a doubt, Versailles is still one of the best day trips from Paris and a must-see place at least once in your lifetime!

Drink wine in Champagne, learn about French history at the Château de Fontainebleau, see Monet’s art in Giverny, visit a unique abbey at Mont Saint-Michel, and witness true French luxury in Versailles. These are best Paris day trips that will make your French vacation well rounded and full of culture.

As I always say, there’s so much more to France than just Paris and I can’t wait for you to see for yourself!

What about you? Have you done any of my picks for the best day trips from Paris? What are your favorite cities near Paris? 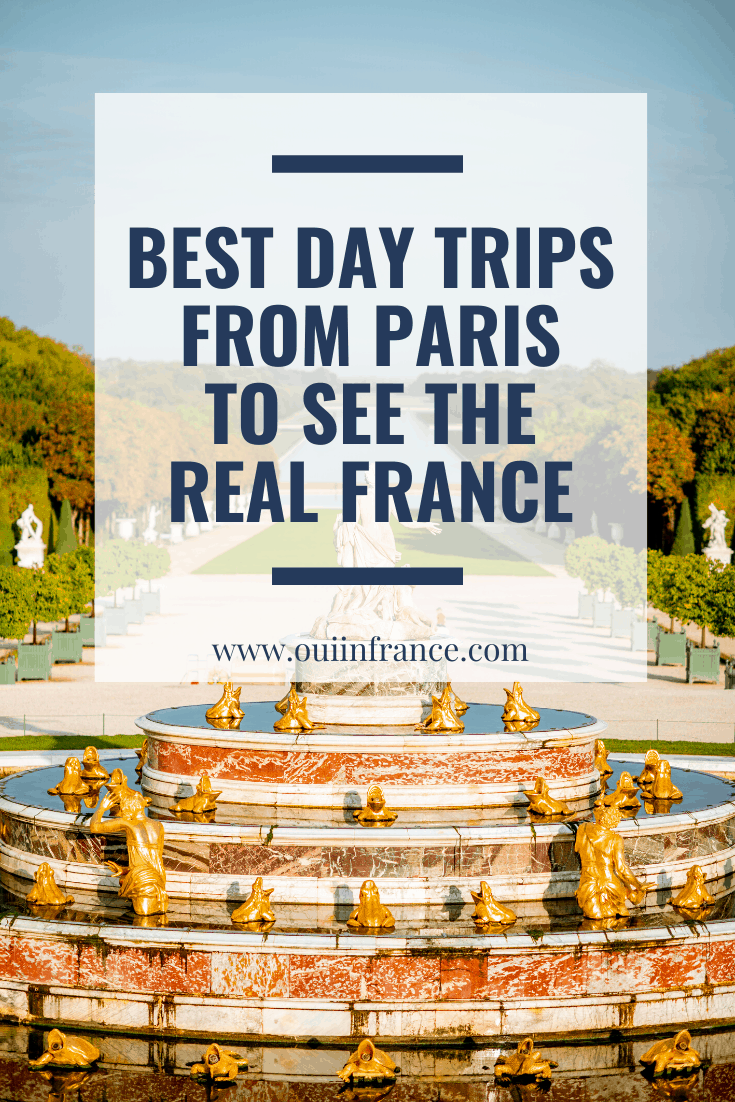 7 Best castles in France you HAVE to see

What is France famous for? 11 Top things to know about!

Best hotel in Paris with a view of the Eiffel Tower? 8 Photo-worthy picks!