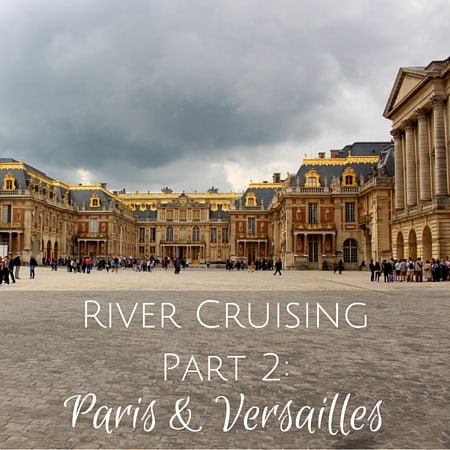 Last month, Tom and I cruised from Paris to Honfleur aboard the CroisiEurope ship the Seine Princess. First stop? Paris and Versailles. If you’ve never been on a Paris river cruise and want to know more, this post is for you!

After arriving on the boat the first day and being escorted to our cabin, Tom and I had a little while before dinner so we unpacked and then walked around the Seine Princess to get familiar with our home for the next 5 days. The ship is 110 meters long and 11.4 meters wide, accommodating a total of 138 passengers and was refurbished in 2012. We headed upstairs to the sun deck where we found a bunch of lounge chairs, tables and the wheelhouse. Peeking out from behind the trees was the Eiffel Tower. 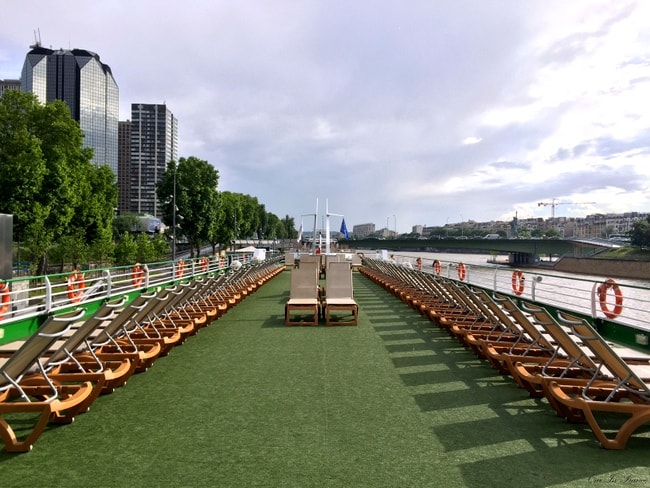 Here’s a look at our cabin and other shots from around the ship: 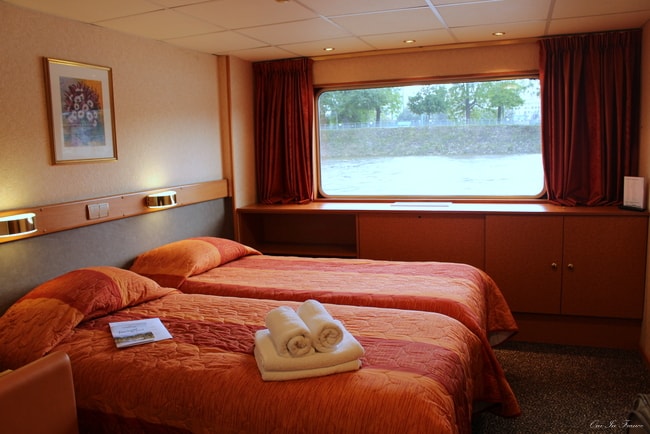 When heading back to our cabin to get ready for dinner, I stopped at the reception area and met a nice American woman who was traveling with her husband. Turns out they live about 15 minutes from where I grew up in New Jersey. Small world! 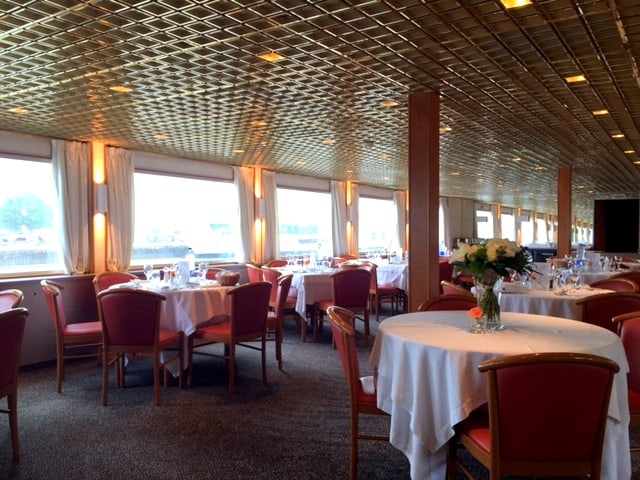 Aboard the Seine Princess, all meals are included and we were treated to an appetizer, main course and dessert with both lunch and dinner. Everything from fish to chicken to pork to veal to venison and more. Each day, the menu is displayed on the TV in your cabin so if there’s something you don’t care for or are allergic to, you can inform the staff in advance and they’ll accommodate your needs. In fact, that’s exactly what I did since I have an allergy to citrus. The staff made sure to put a little card in front of my place setting for all meals that clearly marked my allergy. And although I’m always a little nervous when others prepare my food, I luckily had no issues!

Here are a few pics to give you an idea of what meals were like. The portions were typical European-size portions and were satiating but not enormous. I always felt like I had enough to eat without feeling stuffed. Wine and other beverages are served with each meal on CroisiEurope cruises as well and are complimentary. 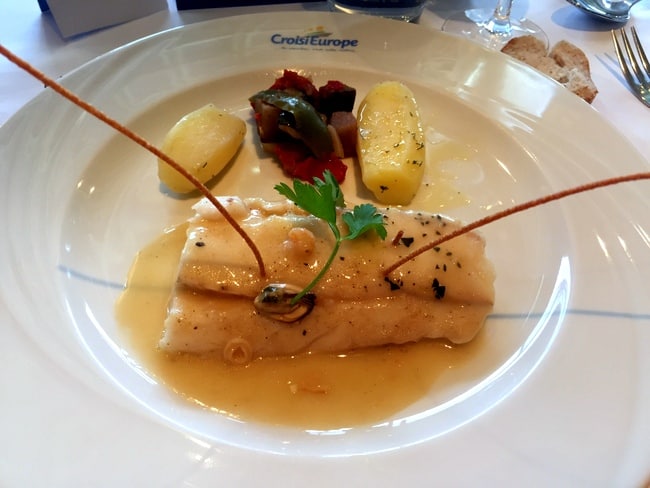 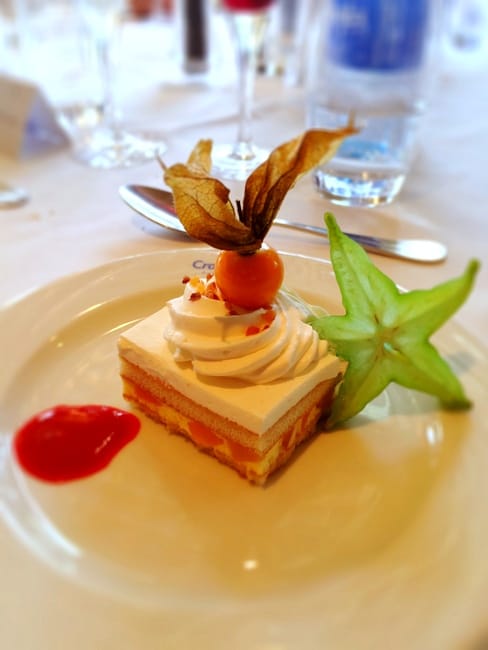 Seating is assigned and we chose to sit with other English speakers. The woman I met at reception from New Jersey and her husband were two of our dining companions every day along with another couple and their grandkids and a man from New Zealand. 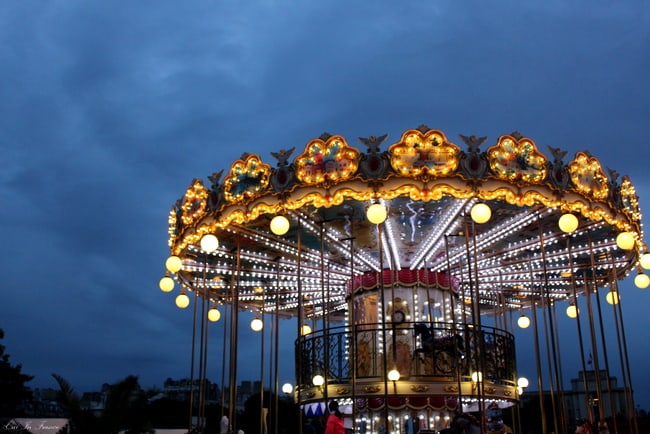 After dinner, Tom and I decided to go out and explore on foot since the Seine’s water level was still too high for the ship to pass under the bridges. Normally though, the ship does a Paris by night cruise down the river. With the Euro soccer tournament in full swing, we walked along the river toward the fan zone. The Eiffel Tower was gorgeous, as usual, and had a brisk stroll in the night air. 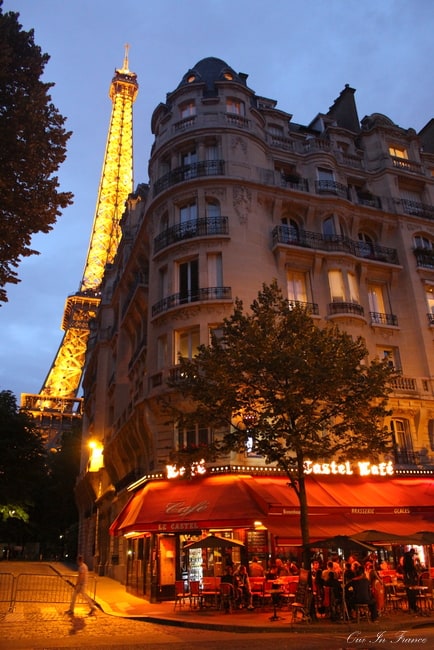 The next morning, we leisurely cruised up the Seine and passed by La Défense, Paris’ business center, and docked in Poissy. The excursion of the day was a trip to the Palace of Versailles. We got off the ship and boarded a tour bus to make the 30-minute trip to Versailles. The gardens were lush, and luckily the rain held off long enough for us to explore. You could spend an entire afternoon exploring the gardens alone! 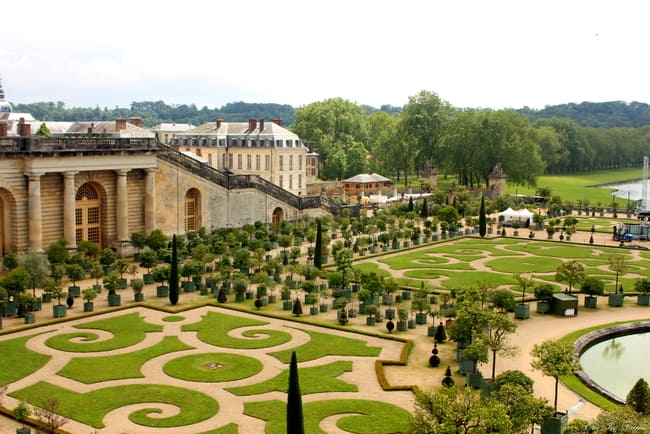 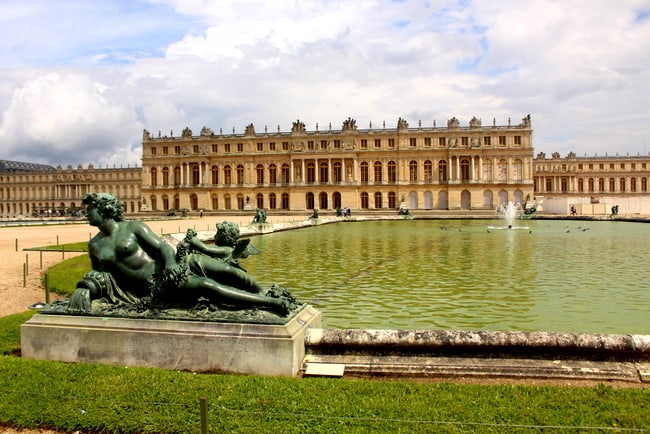 Then we headed inside. It’s hard to pick a favorite room because the palace is stunning no matter where you are, but the Hall of Mirrors is absolutely breathtaking. Constructed in 1678 by architect Jules Hardouin-Mansart and painter Charles Le Brun, it’s 73 meters long and overlooks the gardens. The magnificent paintings on the ceiling depict the life of Louis XIV and he would regularly walk through the Hall of Mirrors. Stunning, isn’t it? I included a few other shots below from the day as well. 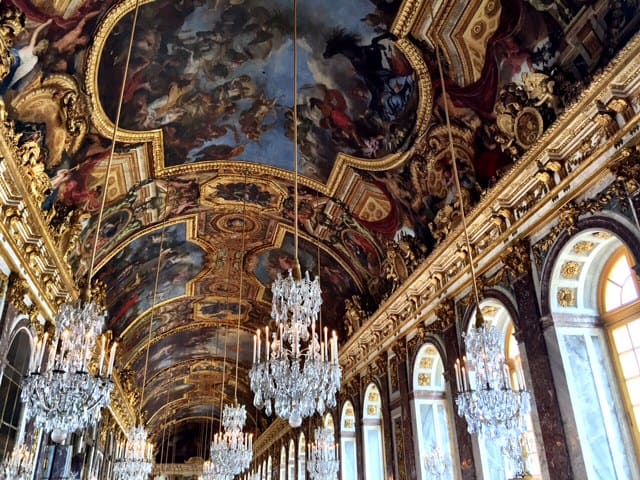 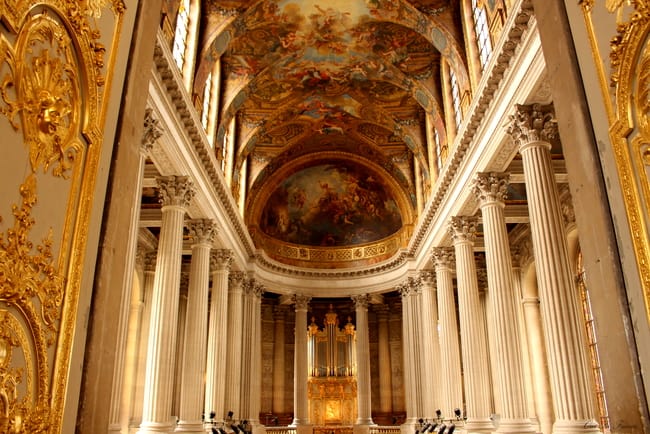 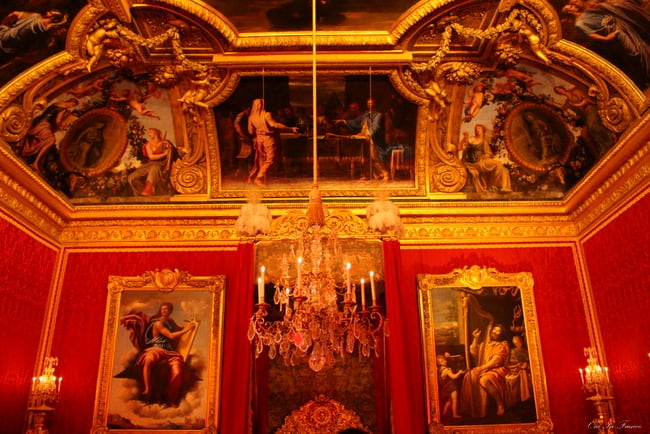 More to come soon on Rouen and Honfleur!

Check out Part 1 of our CroisiEurope cruise aboard the Seine Princess here.

Have you been to Paris and/or Versailles or done a Paris river cruise? What’s your favorite part?