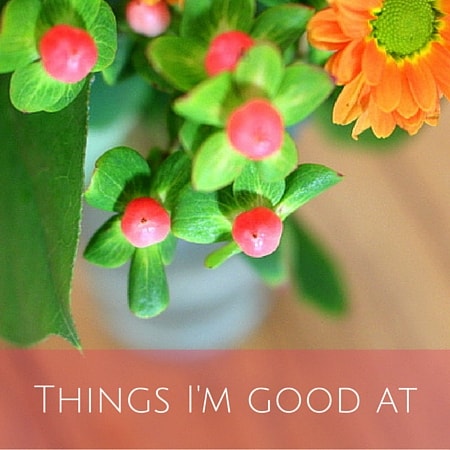 Hello there! I know I keep saying I don’t post on Fridays, but I just can’t help myself. So here I am.

A few months back I wrote a post about things I’m really bad at (and one addition is la bise apparently), so it was only fair to share the flip side. Here are 6 things I’m really good at. In the name of balance and all.

Over the years, I’ve gotten good at putting myself in other people’s shoes to get a feel for where they’re coming from. During a fight, after seeing something on the news, explaining someone’s behavior — you name it I can see why they’re reacting the way they are and why things are a certain way. It doesn’t make someone’s behavior right or fair or mean I agree with them, but I feel like we can all learn a lot by having a sense of empathy before reacting to something. Also, ever since I moved abroad, I’ve become even more empathetic toward others and I talk about it here.

For the gym. For waking up early each morning. For doing a good job at work. I guess it’s part of my personality, and ever since I was young in school, I was motivated from within. So I guess you can say I’m good at motivating myself to do the things I care about. Exception? First point in this linked piece. I can’t say I’m motivated to vacuum.

37 Things that make me ridiculously happy >>

Showing up on time

You know the saying, “If you’re not 5 minutes early, you’re late?” That’s how I’ve lived my whole life. Appointments, parties, flights, fitness classes, interviews, you name it. I was even early for my 6:02am train into NYC for work every day. I think showing up on time speaks to the level of respect you have for someone else and their time, and the importance of respecting others’ time was drilled into me as a kid. If I’m late for anything, I’m mortified so I’d rather show up 30 minutes early than risk being 2 minutes late. There might be unexpected traffic or train delays and you just never know. Now what about my other half? Tom is always rushing to get out the door and it drives me INSANE!

This isn’t a rare skill in this day and age where everyone has a laptop and smartphone at their fingertips. But back in grade school, I was the fastest typer in my class. We had typing class and I beat the program. Even in college, classmates would have me type stuff for them because I could get through pages and pages in half the time. Now I’m just a dime a dozen but back in the day, I had skill man!

If I say I’m going to do something, I’m going to do it. Personally and professionally. For family, friends and even people I don’t know. I don’t really understand flaky people and find people who make a habit out of canceling plans last minute really annoying. If you need something and I’m able to help you, you can count on me to follow through with what I say I’m going to do. And I appreciate people in my personal life who feel the same way. 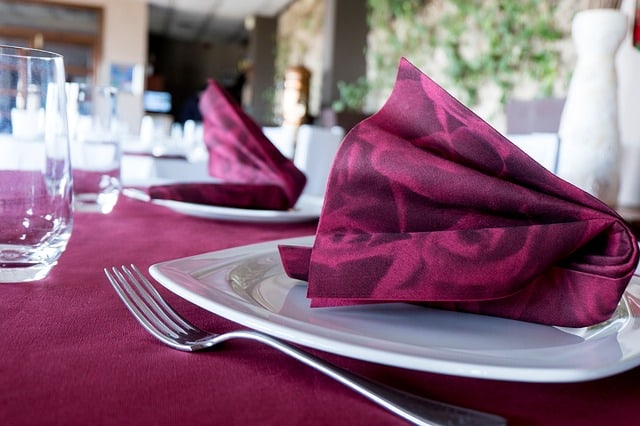 Random, I know. But I can make a badass crown, flower and all kinds of cool folds out of cloth napkins. I worked in the formal dining room at a fancy retirement home in high school and college and that’s where I learned the craft. Those napkin folds have come in handy at every dinner party since, as well as dinners with antsy kids who need to be entertained.

What about you? What are you good at?

A personal problem and sleepless nights

« Things to know before you move to France
River Cruising Part 3: Rouen & Honfleur »