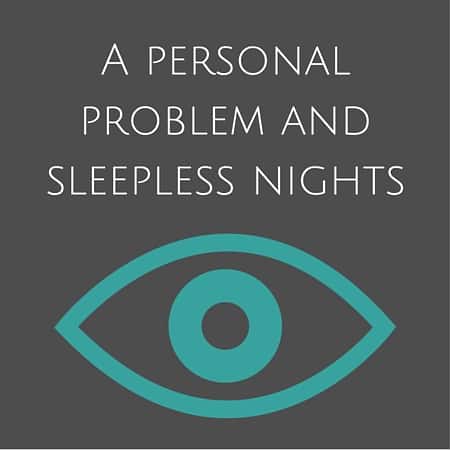 Anyone who knows me well will tell you I like my sleep. I like to be fast asleep by 11 p.m. and up by 7 a.m. I’ve been that way for as long as I can remember and am most definitely a morning person. A nap on a lazy weekend afternoon isn’t out of the question either. But something happened early last year that has really messed up my sleeping habits and has me up anywhere from 2-6 times/night. Every night. And I think it’s going to drive me insane.

Maybe (although I hope not) you can relate?

So, once in a while I write about stuff that has nothing to do with expat life or France. So if you’re here for those two things, this isn’t the post for you. Today’s post is about a medical issue that I haven’t had any luck in getting treatment for. I’ve been dealing with this for about a year and a half now and have seen two doctors about it, but nothing seems to really help and I’m not happy with the new normal. I’m talking about my eyes.

So first, some background:

I’ve worn glasses since I was in third grade and switched to contacts that I wore pretty much daily from around age 13 until five years ago. My eyes just rejected contact lenses one day. I developed giant papillary conjunctivitis that made it feel like something was constantly in my eye (and the underside of the lid would get little white bumps) so I figured the irritation wasn’t worth it and found some sweet glasses. Silhouette is my favorite brand — light as air and you honestly don’t even know they’re on your face.

Anyway, it’s no secret I use the computer a lot both for work and play. I’m probably in front of a screen for 12 hours/day in some capacity. I also know that eye strain and dry eyes are issues many people face but figured I had lucked out because I never had any real issues with either.

Then one of the most physically painful — if not THE most painful — thing happened one night in March 2014.

There were no signs leading up to it. I was sleeping and woke up for whatever reason and upon opening my eyes, the right one was so dry that my eyelid “scraped” against my eyeball. It felt like someone had dragged a needle across my eye while pressing down. I instantly froze and my body’s automatic reaction was to squeeze my eyes shut as hard as humanly possibly. For a good five minutes, I stayed like that with tears involuntarily streaming out of my eyes. I was paralyzed by pain in my bed still half asleep mentally but knowing full well something was very wrong. After about 30 minutes, I was able to keep my eye open but every time I blinked, it killed. I sweat through my pajamas.

For two days. It was hard to even keep my eyes open and try to go about my day. I tried to get in to see an ophthalmologist but making a same-day appointment with a doctor as a new client in France is about as easy as becoming fluent in French overnight. 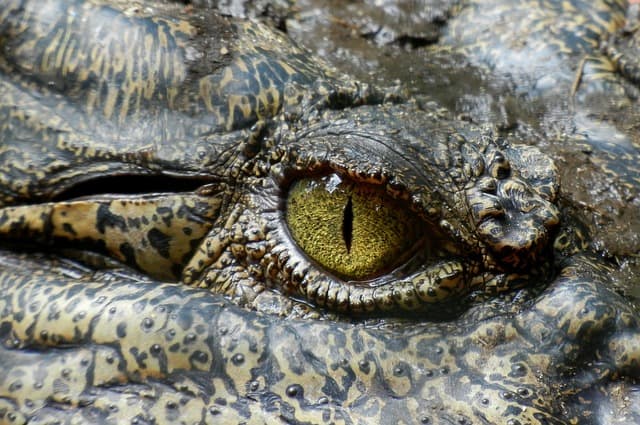 My mother-in-law managed to get me an appointment a few days later, though. The ophthalmologist examined my eyes and said everything was 100% normal and that next time I need to just walk in RIGHT after the issue happens. Don’t call, just come in. He explained if I did scratch my cornea, it begins healing immediately and won’t leave a trace of any damage days later. He said my eyes were probably dry due to computer use (which hadn’t really increased recently) and to put in some drops and some cream he prescribed.

I rushed to the pharmacy to get my meds willing to do whatever it took to stop this from ever happening again. I had high hopes but after a few days of use, the drops made my eyes feel even more dry and the gel just gunked up my eye and made them too goopy and slow to even blink normally. After two weeks of that, I gave up because I felt worse.

I hoped that painful night was a one-time occurrence but nope. The same thing happened two more times (maybe three but I blocked it from memory) to a lesser extent though. To help prevent the stabbing pain, the only thing that relieves my eyes is to use these tubes of wetting drops overnight. Every night. I think it’s making me crazy.

Since last March, I’ve woken up every single night without fail to put drops in my eyes anywhere from 2-6 times.

Right after the first incident, I was waking up more I think out of fear, proactively waking up naturally to put in drops. I was scared to go to sleep (and remember, I love to sleep). I was so scared of having the stabbing pain (really, the worst pain ever) that I’d rather wake up every 20 minutes all night long than risk having the pain come back. As time has gone on, I manage to sleep but never for more than a couple of hours before having to wake up, feeling some dryness, and putting in a few drops of the wetting solution to prevent disaster. Before, I could sleep through a thunderstorm rarely waking up during the night and sleep for 8 hours straight. No more.

Even when I’ve reduced my screen time, I still find myself having dry eyes at night. This never happens during the day ever and I don’t feel the dryness creeping in until around 10 p.m. The dryness happens on vacation, in hotel rooms, at my in-laws’ house, etc., and is not something that just happens when I’m home in my own bed. What gives? I’ve only heard of people in their 50s and upwards experiencing this kind of thing. Is it from too much screen time? Is there something that will help me? Is this the new normal? I guess time will tell.

Anyone out there have a similar eye issue?

Update: I wrote this post months ago but wasn’t sure when I’d post it. Seems fitting for this week with my other issues. 😉 Since I wrote it, I got a new pair of glasses (last week actually) with a special coating that helps filter blue light from computer screens. So once I’ve worn them for a while, I’ll write an update to this post to see if they’ve helped me any.

How I afford the sustainable fashion brands I love

How to start a lifestyle blog (or any blog)