I often get emails from people who are considering a move to France and they run the gamut in terms of age, seriousness about the move, life situation and preparation. Some are young and carefree and want to start their career abroad, others are looking to retire, and some will be joining a partner and want to know more about my time in France. Whether they’re just toying with the idea or have been meticulously planning for years, many are sure they’re ready for anything life throws their way. Before you consider a move to France, you may want to read on…

Things to know before you move to France

Know at least a little French and be super willing to work on it.

You can move to France with limited French knowledge but I wouldn’t recommend it. Life will be infinitely more difficult. If you cannot speak French well now, it’s not a huge deal but you need to be open to learning it and willing to work hard. I can’t emphasize that enough (and American expat Neal wrote about it in his fabulous blog here). That goes double if you plan on staying awhile and making a life here.

At first, the language barrier may not strike you as a big deal because you’ll be too busy ooh-ing and aah-ing about everything French, but eventually, your lack of French will catch up with you and become a problem. If you’re a stubborn type who hates language learning — and are praying you can get by in English — you’ll be missing out. And probably end up frustrated within a few months.

While day-to-day tasks are manageable with limited French (and easier in Paris), more complicated endeavors like an emergency trip to the hospital in a rural area or navigating a major customer service issue won’t be so simple. The more French you can learn before you get here, the better. A positive attitude about learning helps too.

The stereotypes are untrue (mostly).

The most pervasive myth out there about French people is that they’re rude, but try to get rid of these stereotypes well before you decide to move. I feel like you can find anything (both good and bad) if you look hard enough, and I’ve said it 100 times that of course there are rude people in France — but there are rude people everywhere!

If you arrive expecting the French to be rude and put up walls around the French from the moment you get here, it might become a reality that the French are anything but welcoming and kind. Self-fulfilling prophecies are real, so be aware of your preconceived notions and throw them out the window. Let new opinions, both good and bad, be formed based on your experiences.

The grass is NOT always greener >>

Make sure you have a network — or a solid plan to build one.

If you come to France alone — unless you want to have a solitary experience — it’s important that you’re either really outgoing or at least give it your best to put yourself out there and get involved in the things going on around you. Do you already know people in France? Will you know people through your job? Church? Are your friends and family from back home likely to stay in touch?

All of these questions will factor into your overall experience. Even if you come to France with a partner, having a network of your own will make a difference. 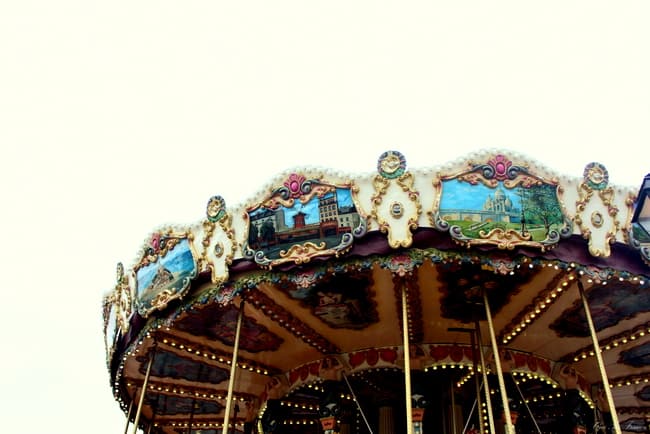 That the romanticized notions of life in France aren’t accurate.

I wrote a whole post on this concept of the grass being greener elsewhere. Life in France can be wonderful and fulfilling but it’s not a vacation. It’s not all wine and cheese 24/7 and skipping along in villages you see in the movies. I guess it can be if you’re coming to France with a trust fund and no plan to work, but most of the time, that’s not reality. Life in France becomes real life.

If you’re coming to the South of France to retire and indulge in French culture and see the country and experience a different way of life, great, but life in France with a minimum wage job in a working class neighborhood is very different from a vacation in touristy sections of Paris — and nothing like you see in the movies.

Life abroad is not one size fits all >>

Sometimes the good days will outweigh the bad and other times it’ll be the exact opposite.

The highs feel great and the lows seem to be really low when you live abroad. France will be great sometimes and other times it’ll be the bane of your existence. Then you realize maybe it has nothing to do with France and the problem is you. Try to let the bad days roll off your back and focus on the positive.

Not everyone will agree with your decision.

It’s your decision to move but not everyone will be on board. Sometimes those people will tell you straight up and others will show you via their actions. Friends may no longer make the effort to stay in contact. People may miss you for selfish and genuine reasons. People may forget you’re even gone. If you plan to move, do it for yourself and forget about everyone else. Do your best to keep in touch with people that matter and give them the benefit of the doubt if they say something silly or hurtful.

You’ll need more money than you think you will.

If you want to live well, that is. Nothing is worse than having to turn down invitations to cool things like vacations with friends and nights out because you just don’t have the cash. Save, save and then save some more. You just never know. If you end up not needing all the money you budgeted for your trip or move, well then great, you can save it for something else or invest it. But not having enough and running out? That’s not fun.

That all the stress, planning and indecisiveness about the move will be worth it!

In the planning stages, the stress may be so overwhelming that you consider not moving at all, but I’m here to tell you that you’ll get through it. Take things one day at a time and lean on those around you for help. Soon all that stress that comes with the moving process will be in your rear-view mirror. So just got for it. Things have a funny way of working out in the end. 😉

If you’re a bit lost regarding your career and at the throwing-spaghetti-at-the-wall stage to see what sticks, I can’t recommend CareerFitter enough. The simple test will take you through a series of questions and scenarios that will help you figure out your strengths and what might be the perfect job fit for your personality. It’s a 10-minute assessment and you’ll get a career report at the end to help you give clarity.

What about you? What else should people know before they move abroad to France? 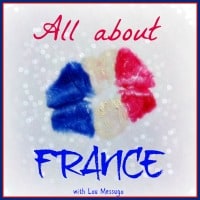 How to move to France

Why you should quit your job and move abroad