When I first came to France, I’d hear people cheerily greet each other with “coucou” and I didn’t think it was French at first. To me, coucou in French sounded like a cuckoo clock or like you were calling someone crazy, not a friendly greeting. Besides, wasn’t bonjour how you said hello in France? I quickly learned the coucou meaning and that yes, it is indeed French and a totally normal thing to say. Let’s get into the meaning of coucou in English and learn how it’s used in everyday life in France.

What does coucou mean in French? Read on! 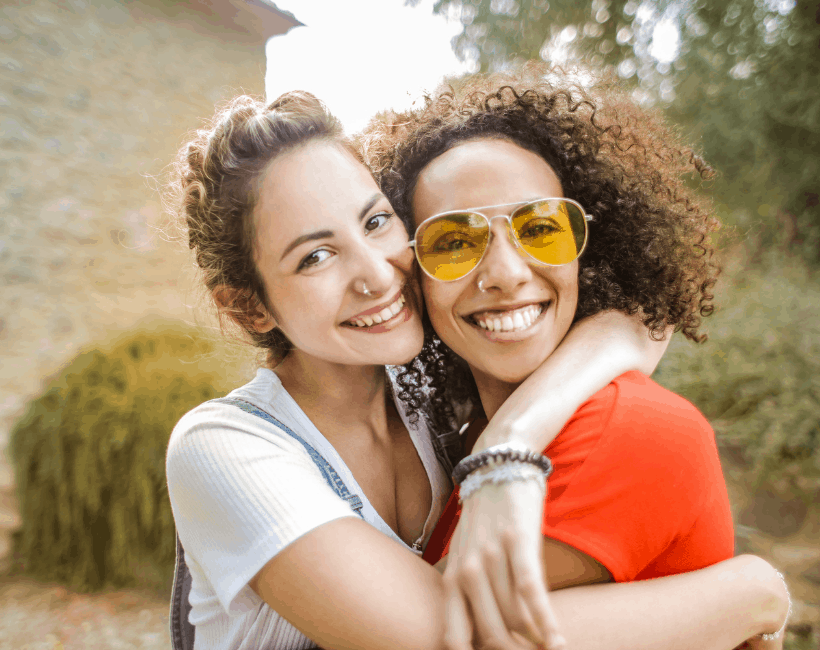 What does coucou mean in French? To get right into it, the most accurate coucou meaning is “hey there” or “hi there.” It’s an informal hello or hey. Coucou is an affectionate and easygoing way to say hey to someone you know.

People of all ages say coucou in French and it’s not just something kids say or something you say to a kid. That said, you tend to hear this slang word more often among women. It’s kind of cutesy and soft. When it’s said to little kids, it is quite playful and can mean peek-a-boo and this was the original coucou meaning and usage, but it’s evolved over time.

Some adults — can’t say I’ve ever heard Tom say it — aren’t into it and rarely say coucou except to children, but many French adults use it to greet each other both in spoken French and in emails/texts.

What’s the proper reply to coucou? You can either say coucou back, or go for a salut or bonjour. They’re all normal replies. If you aren’t a fan of coucou, salut and ça va work as informal greetings as well if you want to stray from bonjour.

Keep in mind that aside from the informal greeting, coucou can also refer to the cuckoo bird and the clock. I believe it also refers to a type of flower and even a type of small plane. If you break the word down further, cou on its own means neck.

But most commonly, you’ll hear coucou in French used as a friendly greeting. It’s a few levels down from bonjour (literally “good day”) on the formality scale and you use it with people you know. 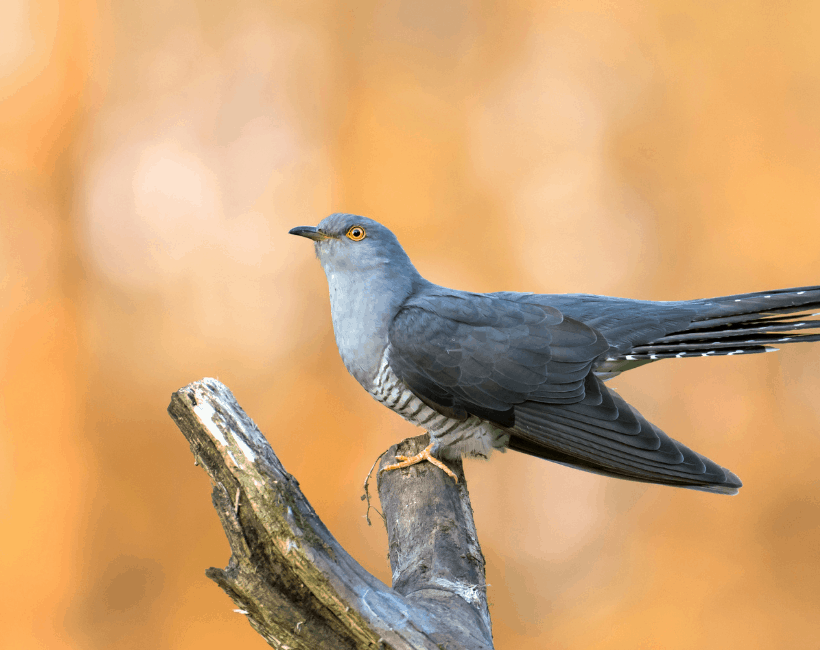 Other things to note about coucou in French:

–If you already speak a little French, know that the vowel sounds in coucou are pronounced like nous or vous. It’s the same “ou” vowel sound (not to be confused with u as in cul (ass), not a mistake you want to make, or eww). You can get away with pronouncing it like cuckoo in English, as in cuckoo clock. Although that’s not the exact French vowel sound for the word coucou in French, it’s good enough and will be understood.

–Coucou in French is generally used between people who know each other reasonably well, so don’t use this informal greeting in a professional setting or with someone you don’t know. Save it for family and friends. In those more formal cases, default to bonjour, which is always appropriate and polite. I wrote all about why bonjour is the most important word you’ll say here. You wouldn’t say coucou to an employee at a bakery or to your doctor or to a client, unless you have a close relationship. It would be seen as way too familiar and close. Stick to using coucou in French with friends and family members.

–As a tourist in France doing regular tourist stuff, you probably wouldn’t have any occasion to use coucou, so use bonjour to say hello. It’s helpful to know the coucou meaning though so you recognize it when you hear it around you. I had no idea what it was at first!

–Remember to not accompany your cheerful coucou with a hug. The French don’t hug! Do cheek kisses instead. More on American social norms that don’t translate here.

What about you? Do you use coucou in French?

P.S. If you want to be prepared for your next trip to France, check out my eGuide titled “75 Beginner France Tips for a Standout Trip!” 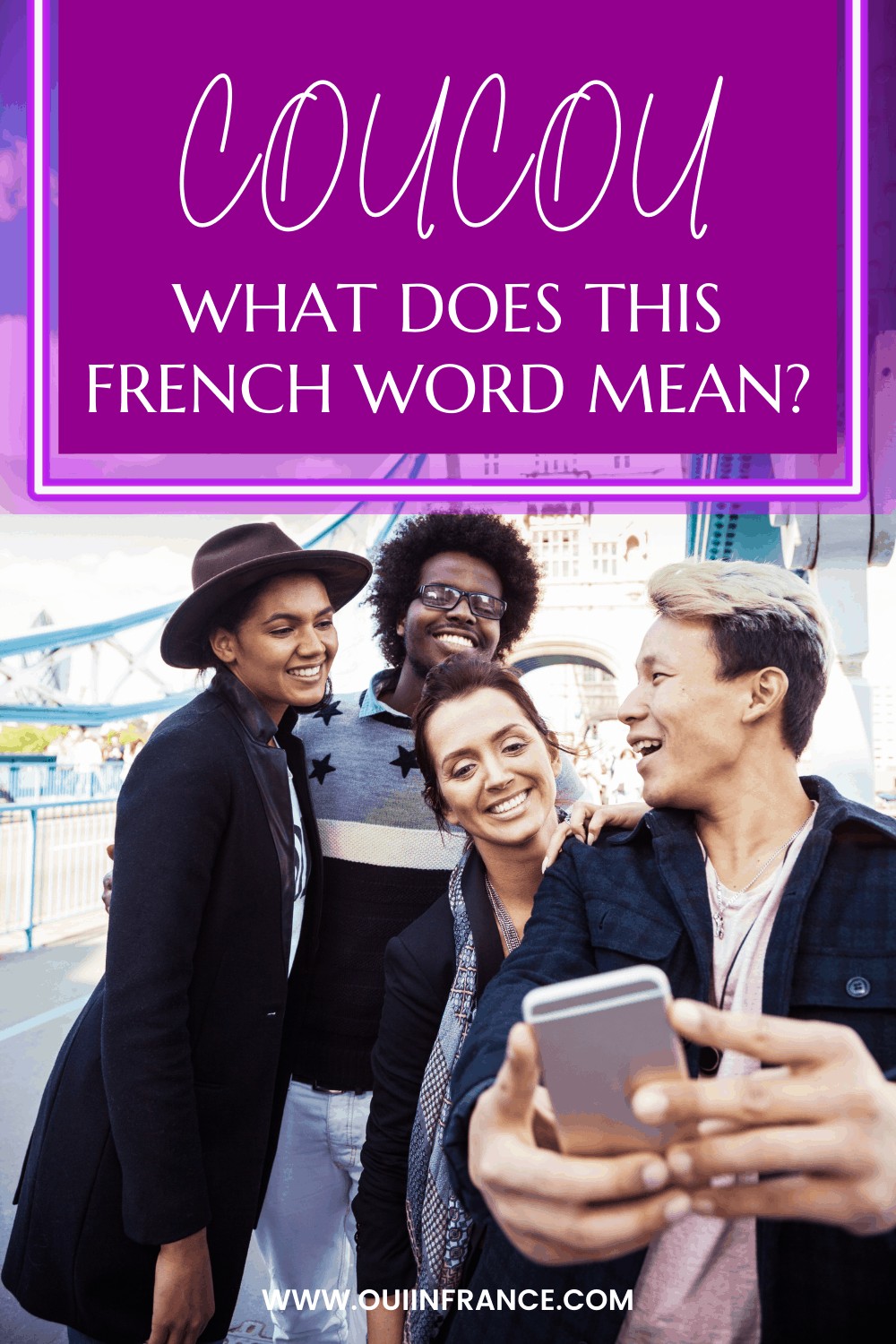