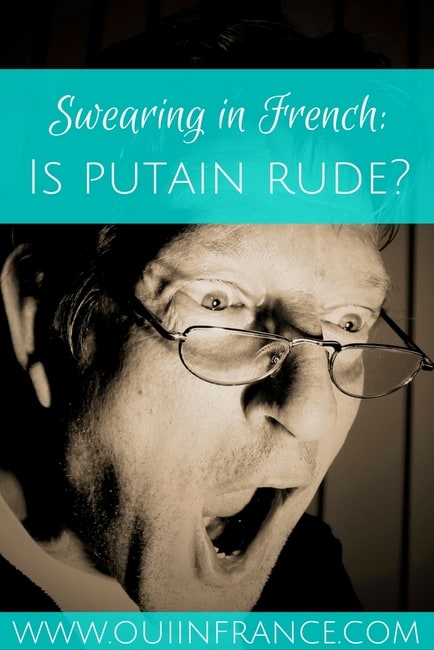 **If you’re offended by French curse words, this is not the post for you, so please stop reading now!**

Today’s topic is something that’s come up in my life on more than one occasion. We’re talking about cursing in French, and more specifically, the use of the French word “putain” in professional settings and around kids. So first, putain literally translates to whore and is used like an American would use shit or fuck. Sometimes you’ll only hear the second syllable in fast speech, juts the ‘tain part, because the person will cut the “pu” part out of the word (but it means the same thing).

I’ve always thought of the word putain as the equivalent of f*ck and a word you don’t use around kids or in a professional context. Then two things happened (and keep happening) that made me question this and want to learn more about cursing in French.

Read on about French curse words: what does putain mean?

OK, so I was going to make this post an Ask Tom Tuesday question but Tom said he’s not really comfortable answering it because he’s never lived in the US and can’t accurately weigh in on fuck versus putain like a native of both cultures would. He’s sharing his opinion below on swearing in French but I’d love it if any truly bilingual readers out there who have lived in both places and learned both languages at the same time can chime in about swearing in French and the putain meaning in English.

To start, let’s clear up the putain meaning in English so we’re all clear. The word putain in French literally translates to whore. It is used like an English speaker would use shit or fuck even though the meaning of the word is whore. 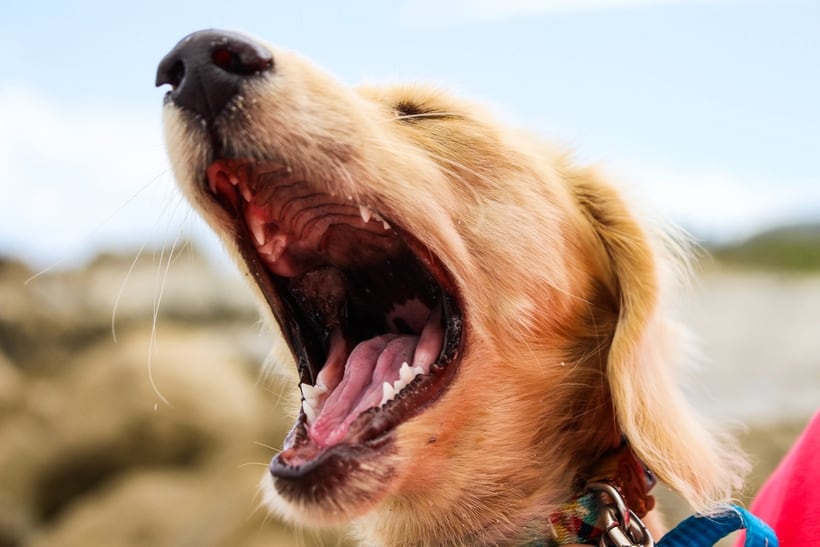 So… I said 2 things happened:

1. I was at the park walking Dagny a few months ago and a dad was supervising his young kids no more than 3 years old on the playground when one kid slipped and spilled his drink all over himself. The dad’s natural reaction was to curse out of frustration and I heard a ‘tain as I walked by.

Since then, I’ve heard parents exclaim the same thing around their kids in a moment of annoyance. I cringe every time. It just sounds crude to me. If an American mom said fuck (in earshot of others) in front of her young kid at the park, I think she’d see a few folks raising their eyebrows and backing away slowly. Like she wasn’t super classy. Maybe even not the best parent.

Is it a matter of culture? Class? Differences in language? Is saying putain in front of a young kid that bad? What does putain mean in English and are French swear words seen the same way as their English equivalents?

Tom’s thoughts: “In my opinion, you shouldn’t say putain in front of your kid. I don’t have kids but when I’m around our niece and nephew I restrain myself. As parents, I guess you get used to restraining yourself from cursing. Sometimes it’s a reflex and inevitable like if you whack your knee on the corner of a table. For me saying putain around kids is not a habit I’d want to pick up.”

2. At the gym the other day (not the first time I’ve heard it from a group fitness instructor during class), the instructor’s microphone fell out of her pouch onto the floor and she said putain in frustration. I wasn’t sure I heard her right and then it happened again and I was sure I heard correctly. The crowd is a mix of men and women of all ages and we’re more or less friendly with each other.

For me, if an instructor in the USA said shit or fuck in frustration (anything beyond damn basically) while teaching, I think the gym management would get a few complaints and maybe have to fire the person. It wouldn’t be considered professional at all. In French, we have zut, mince, flute, merde, but everyone’s go-to seems to be putain/’tain.

Tom’s thoughts: “Putain is not that bad, but in French, we don’t have a ton of equivalent options. It’s not the most professional thing to say at all but it’s also not a huge deal in casual company. I can’t really tell you if it’s the same as saying fuck.”

Is saying putain in front of clients or customers that bad? What do you think about French curse words? Is putain in French bad?

I equate it to saying fuck which would be a major no-no in America if you’re in a professional setting. Even shit. Especially in front of customers! Imagine checking in at a hotel and hearing the employee curse when her computer freezes. Or a postal worker or drops some mail. Or dog walker who stepped in some poop. It’s just not classy. Depending on who is listening, it’s cringe-worthy or even offensive.

For me, when you’re representing a company and in a client-facing role — no matter how friendly or casual — saying fuck in English would make you look like you’re majorly out of touch with professional norms and you’d just come across as uncultured and abrasive to some people.

As I said above, I’d love to hear from anyone out there reading who grew up in both cultures. Now that you know the putain meaning in English, is it OK to say? Is putain in French more socially acceptable than fuck? Do you say it at work in front of clients or young kids?

What do you think of French curse words, specifically the use of putain?

PIN my French curse words post with the putain meaning in English and French: 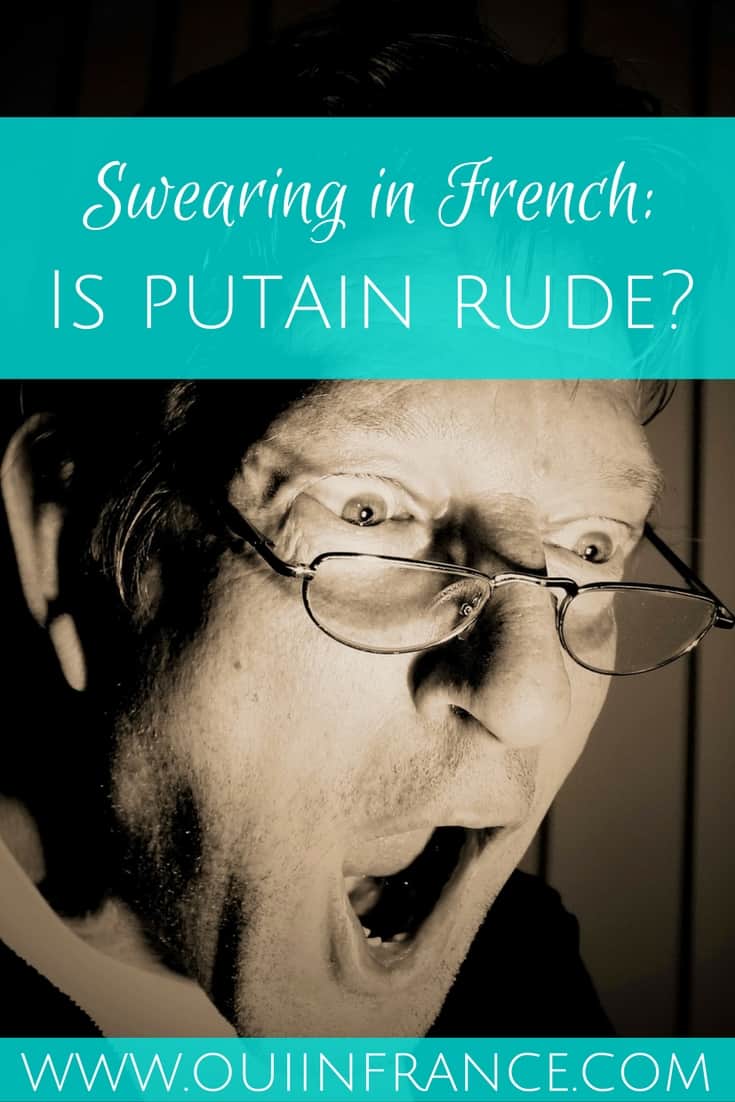