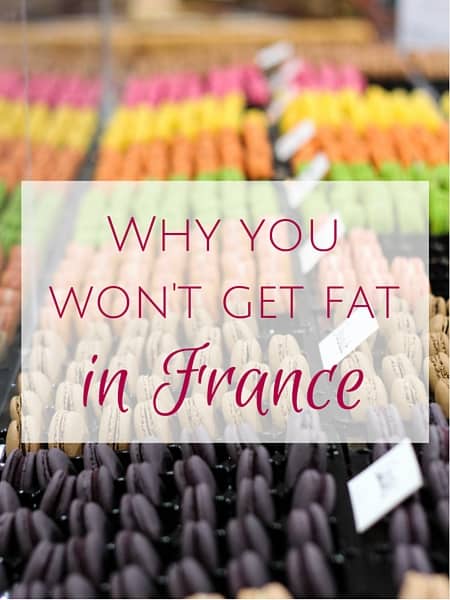 France is the land of some of the most delicious pastries in the world, world-class cheeses, to-die-for bread, rich sauces, wine and that’s just the beginning. So if you’re moving to France, it’s only natural to gain weight, right? Not necessarily.

Here’s why you won’t get fat in France. Go!

Will I gain weight in France? 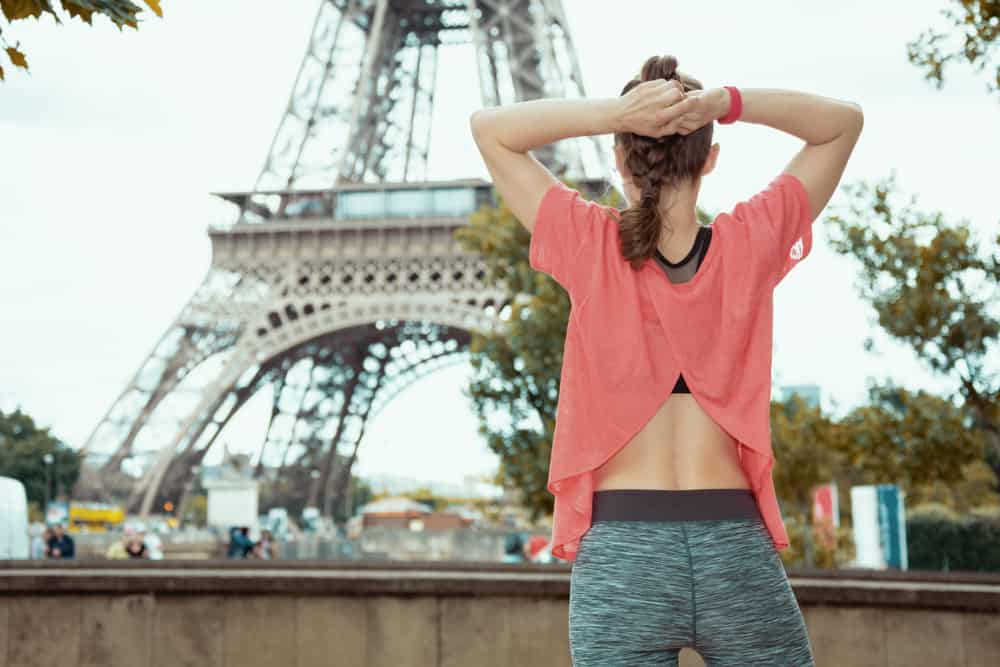 No! Well, hold on. Let me clarify what I mean when I say you won’t get fat in France. If you’re a health-conscious individual who has an active lifestyle at home, moving to France won’t be a biggie when it comes to eating and weight. There’s no shortage of markets, fresh produce, and ways to stay active so I don’t feel moving to France is a huge culture shock in terms of food and fitness.

But I know someone will comment saying that they gained 10 pounds after they moved to France, etc. Yes, I get it. Of course some people will gain weight in France. It’s simple math — if you take in more calories than you burn, you will gain weight. A calorie surplus will lead to weight gain over time.

But let’s be real. Indulging in everything around you is part of the fun, so when everything is shiny and new, maybe you will initially gain a few pounds. But remember, moderation is key and so is staying active. If you consume more calories than you burn, the excess will result in weight gain — one pound for every 3,500 extra calories.

First, consider this fundamental attitude that illustrates the difference between French and American food culture:

Does your response to chocolate cake fall more in line with the French or American survey results?

Why you won’t get fat in France

1. When in France, act French! 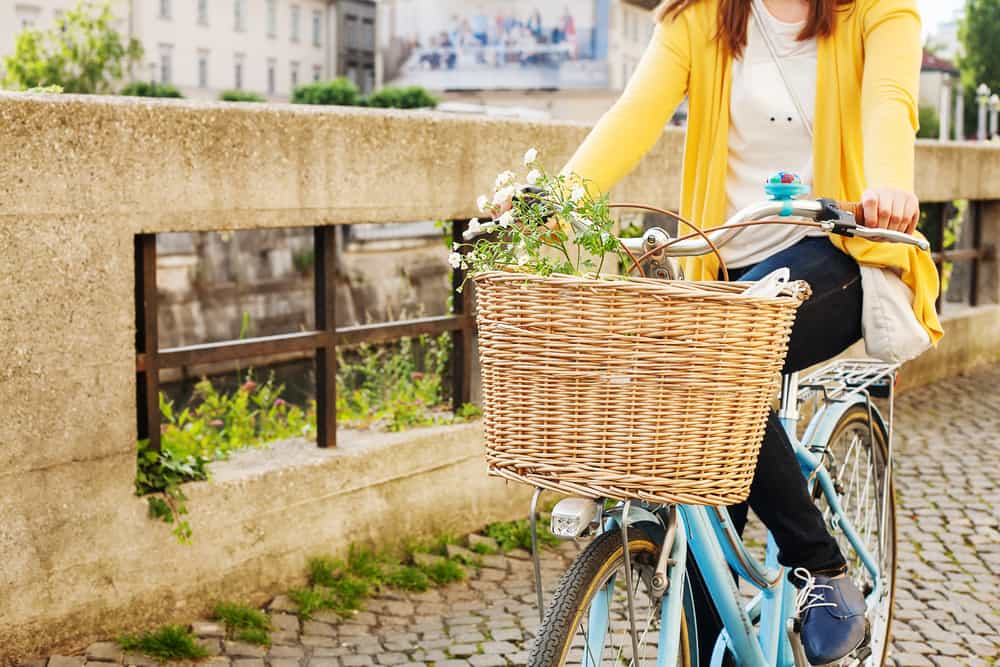 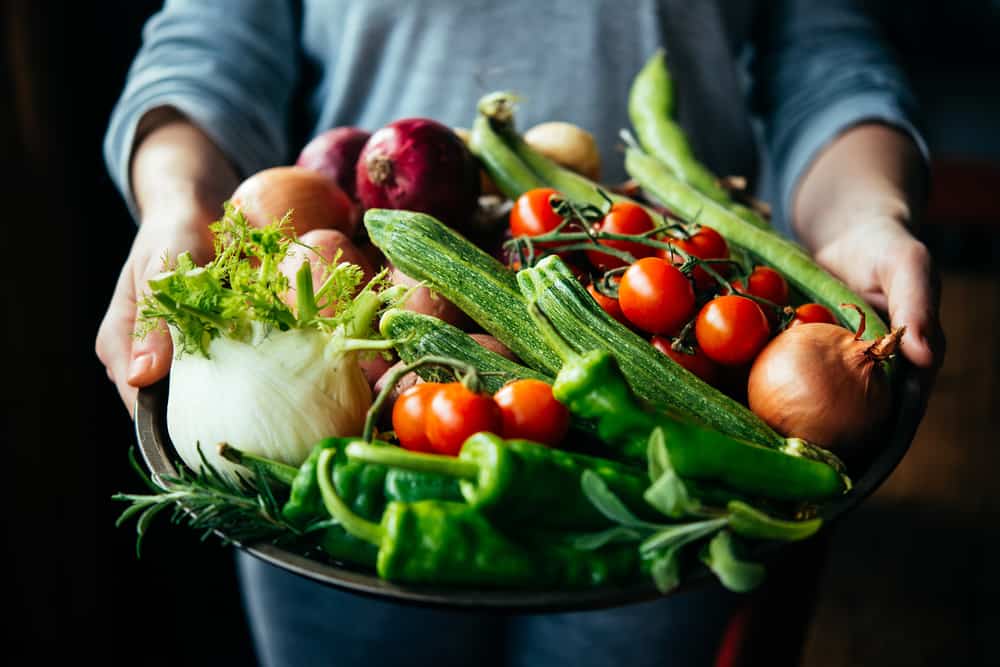 2. Not as many preservatives in French foods.

French food seems to be more natural than what you’d find in an American grocery store. Sure, junk food exists, but in general, there are fewer preservatives in foods and many French people opt out of processed foods entirely. Organic food, called bio in French, is readily available. High fructose corn syrup isn’t widely used in packaged foods, meat and chicken tastes delicious, and fresh pastries and cakes might be an indulgence, but at least it’s all natural sugar, butter, and cream without all the extra garbage.

When it comes to health, I just feel better consuming European meat and milk. Did you know that the European Union has banned U.S. meat because it’s treated with synthetic hormones? American milk is also banned to protect citizens from IGF-1 dangers. American dairy farmers inject rBGH to dairy cows to up milk production. I definitely don’t want any “extras” in my food.

3. You will get tired of croissants.

Ok, maybe you won’t, but the allure will wear off, and you’ll be able to resist popping over to your neighborhood boulangerie every time you pass by. If it doesn’t wear off completely, you’ll be able to exercise restraint more easily in time. Croissants are good, but I just don’t feel like grabbing one more often than once every couple of months or so.

So if you’re wondering, “Will I gain weight in France” or “Will I get fat in France?” I personally think the answer is no. Stay active, try everything in moderation, and enjoy yourself. France has a lot going for it when it comes to food culture, so don’t stress. If you have healthy food and exercise habits, they’ll translate to life in France just fine. 😉

Do you adapt to the local culture and habits when abroad? Do you think people get fat in France? 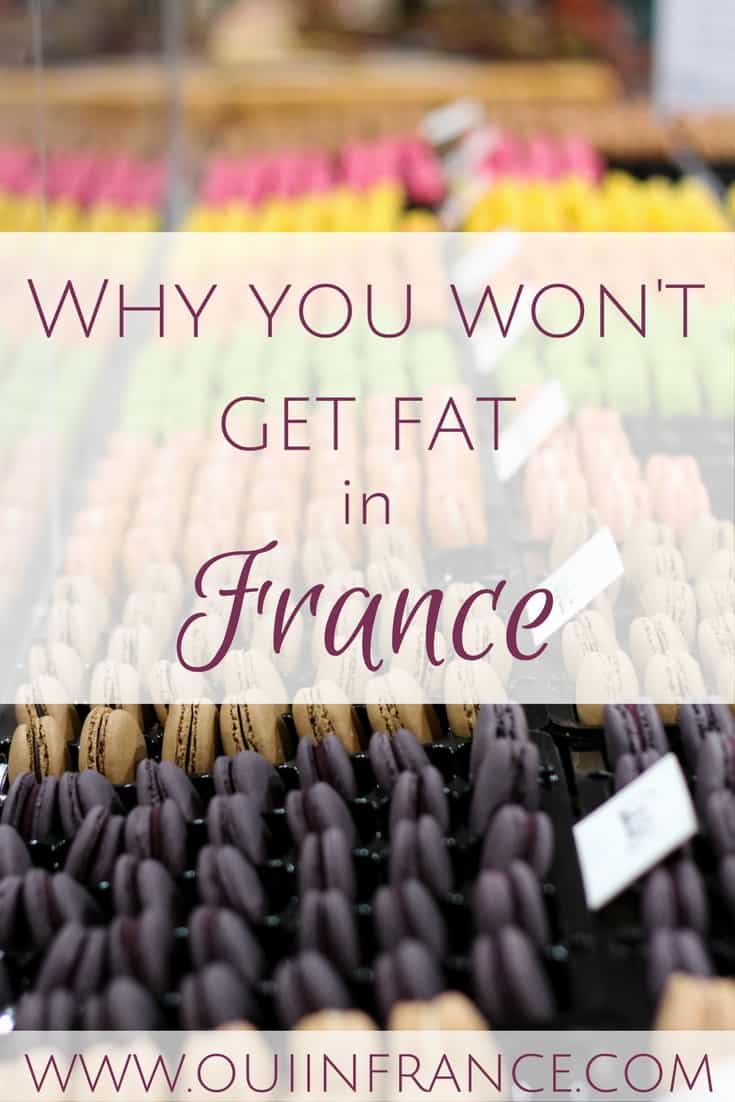 French eating habits: How my American mealtime habits have changed since moving to France

« June pics of the month: New York trip
What I’ve learned from a year of blogging »