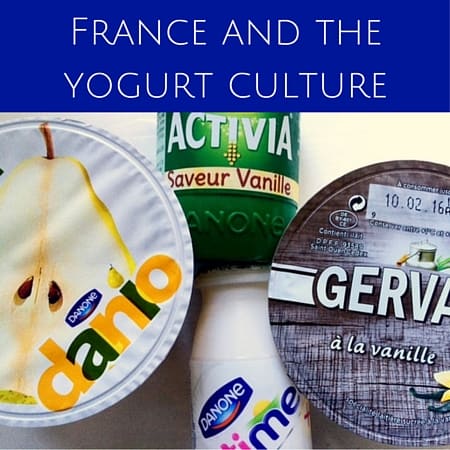 Next time you hit up a French grocery store, spend a few extra minutes strolling by all the French yogurt varieties. You may be there awhile. Even in the smaller stores, the yogurt selection is award worthy. There are so many brands and varieties that an inquisitive foreigner could easily spend 20 euros on yogurt alone out of sheer curiosity (not saying I did that or anything. Oops, OK maybe once. Twice, tops). Even though I’ve been here 4 years now, yogurt in France is still all new and exciting and you have to try ’em all to find your favorite, right? 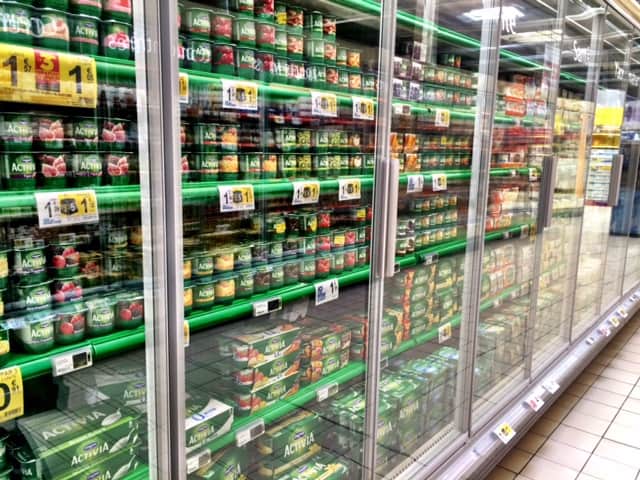 The French love their yogurt and they’d be fools not to. It’s delicious! Kids and adults delight in their post-meal yogurt, so when in France, absolutely pick up a few different yogurt varieties — even if you’re not a big yogurt person. If you don’t like a certain variety, there are so many other kinds of yogurt in France for you to sample. They make great desserts, too!

How much do the French love yogurt? A lot! The average French person eats at least one serving of yogurt a day. The average American? Zero to three servings per week. 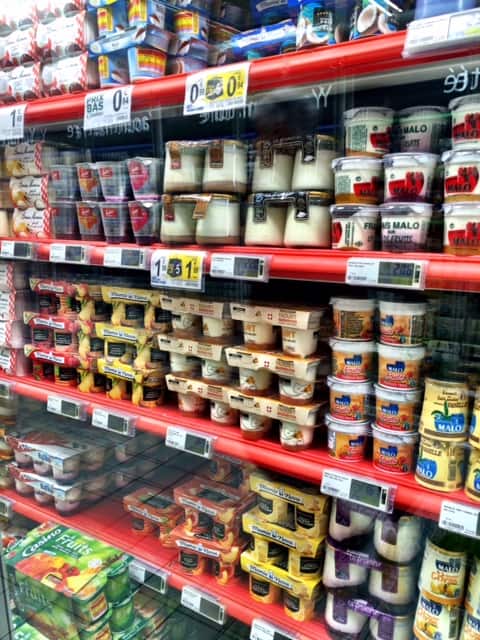 There are all different varieties of yogurt in France: ones made with cow’s milk, goat’s milk, Greek yogurt, yogurt with fruit on the bottom, low-fat, organic, soy, this and that and the list goes on. While there are many different brands, Danone is the major yogurt player in France and launched in 1929. Many varieties look familiar like the Activia I know from home. The texture seems to be different in France, though.

Others are locally made and come in little glass containers. Some are sweeter and taste more like dessert and others are lower in sugar and mix great with granola. The majority of yogurts are dairy based and tend to be creamier than their American counterparts. Wherever you shop, there’s something for everyone!

Crave a pudding dessert instead? The yogurt aisle turns into a little dessert cup aisle full of little puddings and other treats if you keep walking.

What you won’t find in the France yogurt/dessert aisle?

JELL-O cups, for one. I’ve never seen the brand or a similar gelatin product in little cups — just packets of plain gelatin for cooking in the baking aisle. 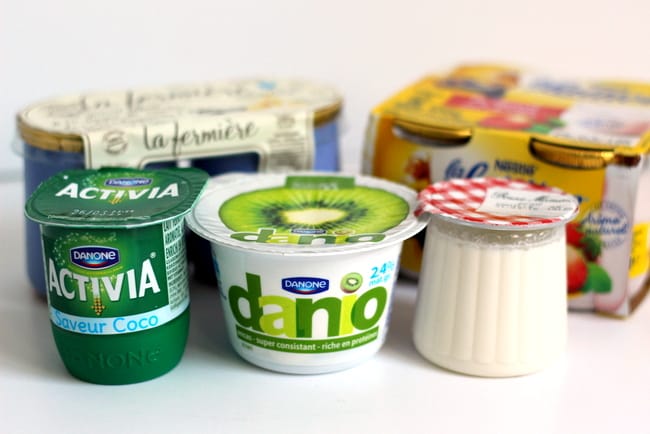 Aside from the flavor, the packaging of these little yogurts can be quaint and cute. They often come in little glass jars or ceramic pots. At first they were so cute and cool, but I have a collection of them (going use them for something one day, I swear) that gets smaller and smaller when I reach for something up on the same shelf and one little glass jar inevitably comes smashing down. I love cleaning up glass. Maybe I should throw them all away.

I can’t pick just one yogurt in France that I love the most, but those pictured above rank pretty high on my list — since they did come out of my fridge! Two French yogurt brands not pictured: For a nice dose of protein, I love the Taillefine Nature. It’s low in sugar and calories and blends in perfectly with smoothies, not to mention it tastes great on its own with fruit and granola mixed in. For a more dessert-like yogurt? This Beillevaire peach-flavored one is excellent!

What’s your favorite yogurt in France? What’s the best Franch yogurt variety in your opinion?

Things to know about the magical French dessert aisle