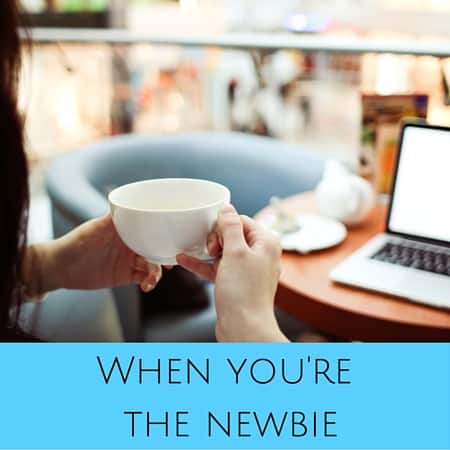 After going to a new-to-me exercise studio while visiting family in the USA, I realized I’ve changed how I interact with “new” people I come in contact with. Flashing back to Diane the New Yorker 5+ years ago, I had a very New York mindset and would be that busy person who was friendly but not overly so, kept to myself in unfamiliar situations and didn’t go out of my way to be bubbly or welcoming to newbies in my social circle. I wasn’t rude or cold by any means, but I wasn’t as empathetic and aware as I am now. Now, after being the newbie myself as a foreigner in France, I’ve majorly changed how I act toward other newcomers I encounter in daily life. And going to a Pure Barre class in Florida last month made that clear to me.

Friendship doesn’t happen immediately and sometimes there’s a bit of luck involved. To make a new friend, there has to be some sort of interaction to kick things off, and back in the day, I admit I was rarely the one who did the reaching out.

So to take it back to the Pure Barre class I mentioned last month in Florida… I signed up online for a class I’d done before in New Jersey but was new to this particular Florida studio. Aside from the instructor and front desk person, none of the 20 or so other women in class said anything beyond a hi to me after arriving, if that. I kept silent as well. We all gathered our equipment before class and sat silently on the carpet while stretching and waiting for the class to begin.

After class, some people knew each other and chatted, but no one said anything to me despite the fact that the instructor announced to everyone that I was new. This experience is probably pretty normal (no one talked to each other in Paris either). I’ve been introduced as the new person before in exercise studio classes in big cities in the US and it’s completely routine for people to keep to themselves. It doesn’t feel good, though.

Back when I was living in NYC, I was one of the people who kept to themselves. My mind was focused on the task at hand and I wasn’t too concerned with putting others at ease. I don’t think the Diane of 5 years ago would have gone up to a new person after their first time in a fitness class to make them feel welcome. Maybe once in a while but it wasn’t typical.

But how would I have felt if someone had gone out of their way and introduced themselves (other than the instructor) or made conversation with me at the class in Florida?

It would have been warmly received and appreciated. 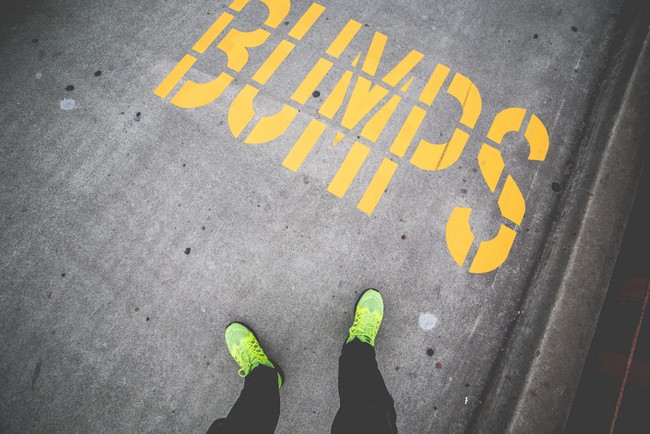 How do I feel when people in France take it upon themselves to make me feel welcome when I feel out of place? Like a million bucks.

And if I can help other people feel like they’re seen and worth a minute of a my time? Well, hell yea I’m going to do it.

After I left Pure Barre that day in Florida, happy with my workout, I didn’t really think about any of this until later. Upon going to my second class that week, I made it a point to strike up a conversation with people around me who had also arrived early. People seemed happy to chat after I initiated it. It wasn’t a faux pas. I asked them about themselves, how long they’d been taking the new Platform class and attentively listened.

For the 2016 Diane who has felt the sting of silence and awkwardness of being the sole foreigner in the room here in France, it now feels natural for me to approach people wherever I am. I go out of my way to make them feel like their presence matters — even if it’s just a fleeting moment with someone I’ll never see again.

Why? Because I’ve been on the other side!

Their presence does matter. No one should feel invisible.

Even though I’m still an outsider, I make it a point to go up to new people who come to BODYCOMBAT or BODYATTACK at my neighborhood gym. I’m an ambassador of sorts. 😉 I always say hi and if they seem open to a chat, I talk. I make them feel welcome. I act like myself. No, I don’t work for the gym, but I know sometimes trying a new class can be scary, so I try to put people at ease.

So what have I learned? That being a foreigner abroad has made me a more understanding, compassionate person and it’s 100% for the best.

Until you’re in the situation yourself, it’s hard to experience something from another person’s point of view. You don’t even give it a passing thought because it’s not on your radar. Not because you don’t care or you’re a cold person but because you don’t even realize what a difference a simple gesture can make. A smile. A compliment. A little bit of encouragement.

So to wrap this up, at some point in life you will be the newbie. Maybe it’ll be close to home or maybe it won’t be. My advice is to be aware of the new person in class, at work, at church or wherever.

Don’t be like me back before I moved to France and just go about your day without connecting with people beyond those in your social circle. Take the extra 10 seconds to say hi and introduce yourself to someone who may be a little out of place. It’s worth it if you can make someone else feel more at ease. It’s nothing for you and may make all the difference to them. We never know what someone else is going through. Why not be a positive force?

How have people made you feel comfortable in new surroundings?

Something I’ve left behind

« L’Esprit Francais gift box for all you Paris lovers out there!
Quick French lesson: Words you can shorten to sound cool »