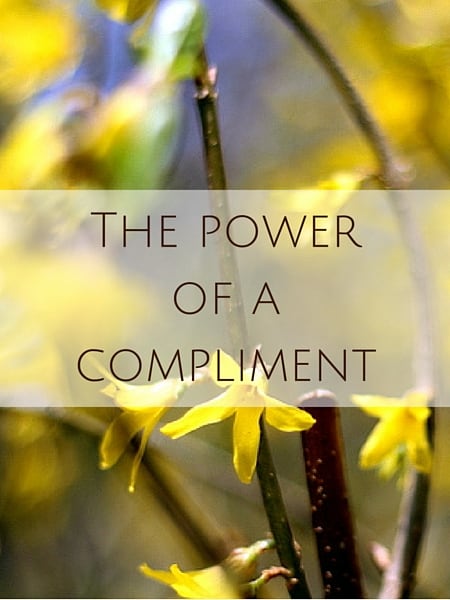 Whatever happened to connecting with other human beings in a meaningful way? The more I look around, the more I see people in it for themselves and glued to their phones. Lost in their careers and even in their personal lives. Friendships can easily become one-sided, friendly coffee dates with your girlfriends keep getting postponed, people stop calling and emailing or are always distracted.

Do we care anymore?

There’s something I’ve noticed since being in France. It’s that French strangers and acquaintances NEVER (ok very rarely) give compliments.

Maybe it’s just my perception, but come on! A compliment shows you care! Taking five seconds out of your day to let someone know their work, advice, clothing, or whatever is great can make a world of difference to them. So why are we too caught up in our own lives to say a few magic words to other human beings that are most definitely worthy of our time? Life is too short!

So let’s get to it and talk about compliments.

Some of us are more comfortable giving and receiving compliments than others. I understand that, and not every situation is suited for random compliments. Sometimes giving a compliment takes a bit of courage, but if you’re on the receiving end of a compliment, it’s easy! All you have to do is say thank you. Here I’m going to focus on the other group — those giving the compliment.

How many times have you run into someone while out and loved something about that person? Happens frequently to me. Maybe it’s a cashier who is always in a pleasant mood. Or a gym instructor who always gives his all. Maybe it’s a woman’s style you admire at work.

Do you verbalize what you’re thinking?

If you say nothing, nothing changes. Not for you and not for the person you’re speaking with.

If you think a friend looks great, why not tell her? Keeping it to yourself is pointless. But actually complimenting her? You’ve just given her a boost. If she thought she was having a bad hair day, you just let her know that she’s not, and if she was already feeling great about her new haircut, well you just reassured her that it looks great and the money spent at the salon was worth it. And you feel great that you made someone else’s day a little better.

Why not let people know you see them? 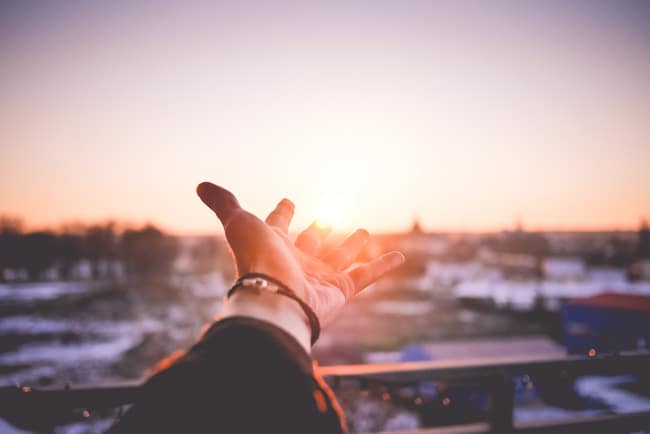 I firmly believe that putting positivity out into the world only creates more of it, so why not be a part of that?

One caveat. Make sure the compliment is sincere.

You can see right through hollow compliments, so don’t compliment people for the sake of complimenting them. But if someone has been working really hard and you notice it’s paying off, say something! Now if you’re a guy and you go up to a random female stranger, flash a smile, and tell her you like her jeans, that may be creepy. I’m not talking about that sort of compliment. 😉

Like author Dale Carnegie says, “The deepest urge in human nature is the desire to be important.” So make someone feel important!

Maybe it makes them uncomfortable or their ego gets in the way. Or they’re jealous of the person they’re complimenting. Or it’s a cultural difference. Who knows.

I mentioned in a recent post that I can’t remember a single instance in France where someone (other than Tom or my in-laws) gave me a compliment… on anything. Over the past 4 years, something about me had to have been compliment worthy?

But I do remember the last time I gave a compliment.

It was a few weeks ago when I told a woman in BODYCOMBAT that I liked her nails. She got a French manicure for her wedding and it’s not super common to see French women with decked out nails. They looked wonderful and I told her! She was happy to hear it!

Other times when I’ve given someone a compliment about something they’re wearing, they’ve seemed surprised that I’d speak up about their pants or shoes. These are all acquaintances I see in the gym. A woman smiled nervously and I don’t even think muttered a merci after I told her I liked her pants.

I think American friendliness plays into this as well. We like to chitchat and make small talk more than the French, in general. We’re happy to strike up a conversation with someone in line at Target. It’s only natural. A compliment is a great icebreaker. Complimenting a perfect stranger isn’t that far of a reach in the US. But the French? Well, they tend to keep to themselves more.

So here’s my challenge for you today.

Say something, anything, because at the very least, it’ll give the person a little boost for the next part of their day and at most? It might do so much more.

Are you big on giving out compliments? Do you feel uncomfortable receiving one? Is it a cultural difference where you live?

It’s our one year wedding anniversary! What I’ve learned about marriage

« Fabletics in France: The Shift Bag review
Interview with my cousin: Q&A with a flight attendant »