Have you ever had one of those days that just crushes you? You’re stressed, overwhelmed, and about to lose it and all you can do is sit on the couch in your pajamas and stare at a wall? An old college friend used to call her meltdowns “mini flip outs” and I had one last week. Your to-do lists, obligations, fears, sadness, whatever, all gets balled up into an unmanageable weight, but that’s another post. This post is about getting out from under that and weathering the storm. Onward and forward into a new, better 2019… 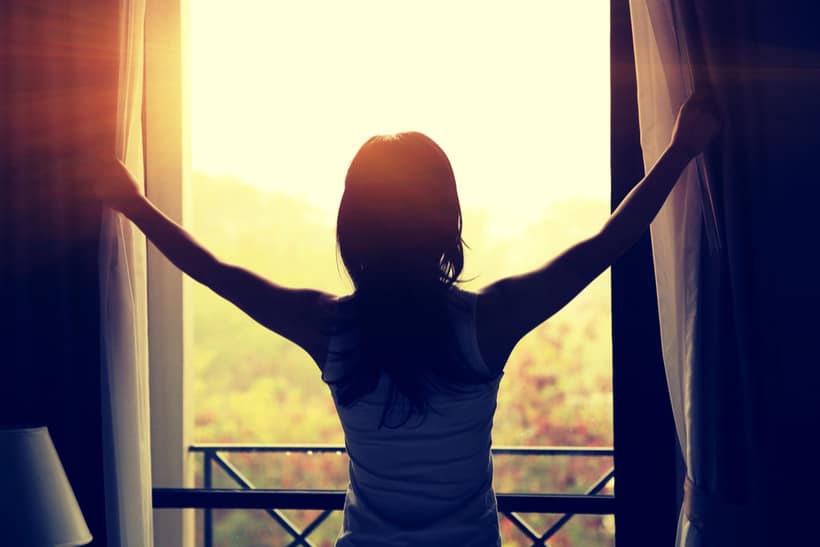 You know that saying that you’re your own worst enemy? I’m convinced it’s true. I get fixated on something in my mind — a goal, a dream, a plan — and then make up a bunch of reasons about why it’s not possible and how I’ve already failed before I’ve even started. Or instead of focusing on all the positives, I get hung up on the one negative or stressful thing that’s in my head and don’t take any action forward.

My own voice is sometimes the worst voice. How do you stay strong when you feel like there’s too much on your plate? What would you attempt if you knew you wouldn’t fail? Think about that for a second.

I’ve let fear talk me out of things I shouldn’t even have to be talked into in the first place. It can stall even the best ideas and well thought out plans. Even if we’re not consciously fearing something, the emotion seeps into our psyche a little at a time in various ways so that the end result is the same — we don’t try and push ourselves in the direction we so desperately need to go. We ignore the things we want and put them off until that perfect moment comes along. But maybe the time is now and today is the day to make the first move.

Even if we're not consciously fearing something, the emotion seeps into our psyche a little at a time in various ways so that the end result is the same -- we don't try and push ourselves in that direction we so desperately need to go. Click To Tweet

I never really had this fear until I moved to France. I wasn’t scared to move here although my life had a lot going for it back in NYC. The thought of a new life in France was something that energized me.

Big life changes have a way of shaking things up and giving you clear head space to think about things a little too much. Maybe I was too busy back in NYC to focus on myself. Or maybe big life changes go hand in hand with getting older, wiser, and attempting to gain clarity on what you want for yourself and your life. 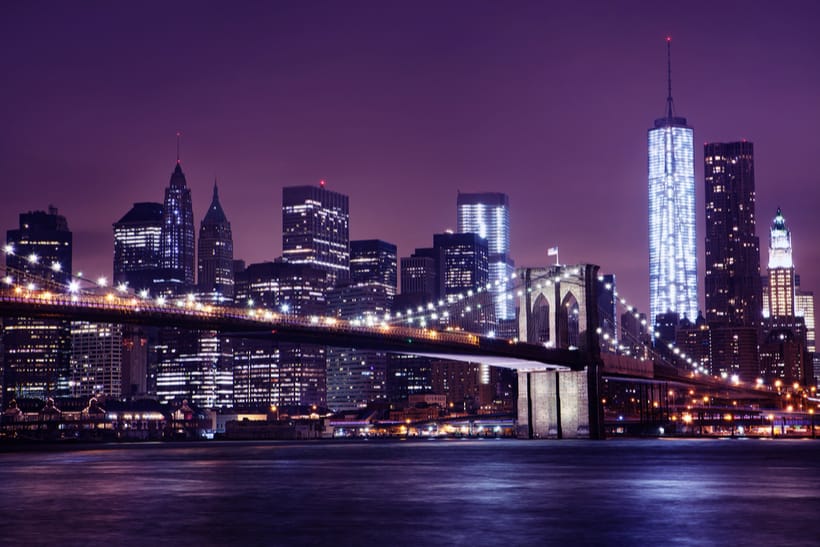 “The one who falls and gets up is stronger than the one who never tried. Do not fear failure but rather fear not trying.”

–Roy T. Bennett, The Light in the Heart

So let me ask you again… what would you attempt if you knew you wouldn’t fail?

Would you live your life differently and why or why not? Even if we don’t consciously think we’ll fail, we throw up all kinds of road blocks that keep us from moving forward and going after what we want.

Why do we do this and how can we stop?

I’ve done a whole lot of trying the past couple of years. The fear of failure is probably somewhere in my mind but what personally affects me the most is fear of the unknown and the what-ifs and the lack of control. Mini flip-out here I come…

It’s when I don’t focus on the now and the reality and the issue at hand that things seem to become unmanageable. I fast forward a bit and think about all the things that *could* go wrong. But I’m working on it.

And I guess it’s only normal. Tell me it’s normal.

It’s incredibly scary to feel like you’re not in control so you try to play out all kinds of scenarios in your head so nothing catches you off guard…. if you make that move, buy a house, take a new job, start that new business. We can’t control every outcome in life and we certainly have no control over how others are going to react. But it’s worth it to pursue what you want anyway because living a stagnant life that never ventures outside of our comfort zone isn’t really living.

Maybe somewhere in the back of my mind, I moved to France to confront the fear of the unknown head on and give myself what life in New York was lacking. New energy, new challenges, new everything. But 7 years later, has going through life’s ups and downs gotten any easier? Do I deal with that fear any better after trying new things? Am I less scared and more in control? Have I learned anything?

Oh yes. I’ve found out who my true friends are. I’ve come to understand the importance of family more than ever. I’ve reflected on my time in France and some of it surprised me. I’ve also experienced so many firsts in France. I started this blog. I’ve rebooted my YouTube channel, launched a shop, and so many things about blogging and life abroad have taken me out of my comfort zone, which was the whole point. At my core, I’m the same deeply sensitive person I’ve always been — just with some new skills that I never would have acquired if I stayed in the USA.

I think I’ve made progress.

To get back to Roy T. Bennett’s quote above, I’ve led a life full of opportunity, love, and privilege. I keep my head above water even when I feel like I can’t. Maybe success isn’t about having nice things, fancy titles, and a long list of achievements. Maybe it’s appreciating the little things, the comfort in our routine, and feeling good about how we make others feel. It’s enough.

Recently I’ve been thinking a lot about success. In all honestly, the past couple of years have been incredibly challenging for me. It feels like I’ve done more failing in the past two years than I’d done in my entire life up until that point. Death, cancer, health challenges, professional challenges, financial stress, loss, self-doubt, anxiety…. for me as well as those close to me.

How do we stay strong for ourselves and others while we’re in the middle of the storm? How do we slap all the crap floating around square in the face? 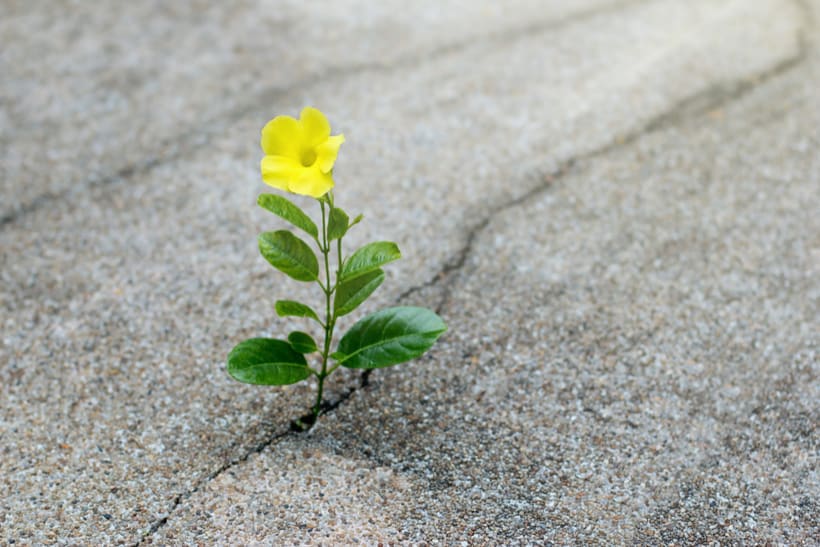 Life can throw us into a black hole that’s the exact opposite of that light at the end of the tunnel. It kills me to see those around me suffering. Strangely enough, I still felt hopeful through it all even if moments were rough. I kept getting up, taking care of what I was able to, controlled what energy and mood I brought to a situation and did my best to support others. I believe that things end up working out.

And today, after getting through most of the storm and looking back at 2018, I can see things looking up for a change.

I don’t hold the answers, but I think that the act of trying is so important — no matter how small the effort. The day we stop trying is the day we lose a part of ourselves. To try is to have hope and to put a piece of you out into the world. To try is to be brave. We persevere in the hope that things will go our way, and if they don’t, we hope like hell we can find the strength to try again. We at least learn something along the way.

To not try is to admit defeat. You’re better than that and better than letting some made-up fear win. We’re so much more than what our mind fears even if in the moment it doesn’t feel like it. Our efforts are worth something. Holding onto hope is worth something, even if it’s all that you have. Because one day, we’ll look back and realize the reflection in the rear-view mirror helped us get here.

We might not be on top of the world and where we want to be yet, but putting one foot in front of the other shows strength and that’s got to count for something. It has to.

Here’s to a bright 2019 full of everything good in the world! 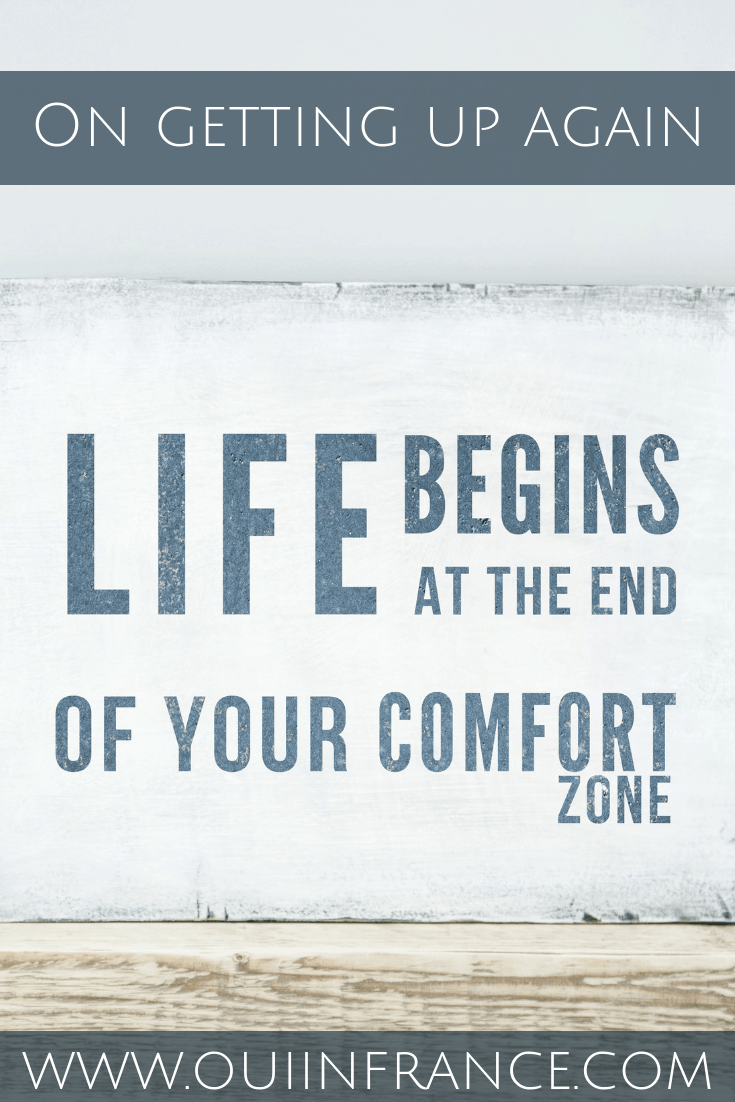 Are you on the right path?

On the fence about starting a blog? Now is the time!

We all need a home

Why I do this blogging thing

How do you say Happy Birthday in French? Oui In France is 6 years old!

« 5 Quick picks: Podcasts that hooked me from the first episode
3 Considerations before booking a European cruise (plus the one I’ve been eyeing) »