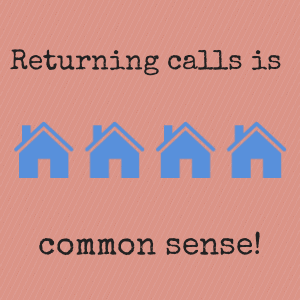 If you’ve been following my blog, you know that back in September, we bought a house. We’ve been living here for about two months and like most older homes in France, upon move-in you’ll have to have a little work done. Sometimes it’s minor like a roof cleaning, painting or light masonry and other times it’s major like a plumbing overhaul or rewiring the electricity. In our case, we specifically sought out a move-in ready house to avoid any major work, but still there were a few things we needed done to our roof. So we started calling various roofers back in September and would you believe me if I told you that nothing has been started yet? Yup, pretty much nothing we need done has been taken care of yet — and it’s not for a lack of trying!

Before moving to France, I’d heard the stories of how difficult it is to actually get someone to do any type of repair work, but figured they were exaggerations. They’re not.

Anyway, when it comes to roofs in France, slate is very common and while they do last a really long time, they need to be maintained. We knew before moving in that we’d have to take care of a few things, so being the type of person I am — on top of things and all — we got right to work a week after moving in. Tom and I found several roofers to call for estimates.

I decided it would be best for Tom to call so they wouldn’t assume my accent meant I was clueless and somehow deserved the “expat” rate.

So Tom started with roofer Number One who was a recommendation from a colleague who had reasonably-priced work done a few years prior. We figured Number One would be a slam dunk and it started off fine. We had an appointment for him to stop by at the end of the day on a Friday to assess everything and prepare an estimate. Friday came and so did 5 p.m., 6 p.m. and then 7 p.m. At 7:30, Tom decided to call him to make sure he hadn’t forgotten about us and of course there was no answer, so he left a friendly message. Number One never showed up, nor did he ever call back despite a second phone call. Fail.

So we moved on to roofer Number Two. Showing up for his estimate appointment right on time, I thought surely Number Two was our guy. All signs pointed to yes! He explained everything really well and took his time going over the work we needed. He was polite, professional and sent his estimate over in a timely manner. Number Two seemed like a real roofing star! So when we called him to follow up on the estimate and clarify a few things, I have to say I was shocked when he didn’t return Tom’s calls. Yes, plural. We followed up twice. Silence. Even if he was on vacation, sick or had an emergency, you can still politely email someone (I’ll take a one line email) just to let them know. But Number Two didn’t even do that.

Then there was Number Three, an employee of a larger roofing company who showed up in American-style jeans, sneakers and a fleece. Interesting. Figured maybe this was a sign that he was our guy.

He did the quickest once over of our roof I’ve ever seen and then sent us our estimate a week later. It was slightly higher than Number Two’s but we needed to talk to him to figure a few things out. Guess who didn’t call us back? Ding Ding Ding. Number Three.

On to Number Four… we got his flyer in the mailbox actually and assumed he was in need of work. He came right on time but was a little shady. He didn’t even go up on the roof to take a look. Then when I asked for his estimate, he verbally gave me a quote and said, “Oh, I don’t have time to sit in front of the computer for an hour typing up a hard copy estimate since I’m so busy.” Ok pal, see ya later. Also, legally he’s required to provide us with an estimate. He said he’d call Tom later that day and I bet you can guess… he never called. Oh well.

Is this a frickin’ joke? TAKE MY MONEY ALREADY!

Is it a money making scam all the roofers are in on to refuse service and ensure that everyone’s roof collapses so you’ll need a total overhaul? No, that would be nuts. So what is the problem? Haven’t figured that one out yet.

And just to clarify, we’re not talking pennies’ worth of work here. Although still not acceptable, I’d understand the rudeness of not calling someone back if we were talking like 500 euros of work. But no, we’re talking about a substantial amount of money. Are all the roofers too busy to take on more work? Well, tell us that when you give the estimate. Do they not care? Well, maybe they shouldn’t be in the service business. Is customer service so far down on the priority list that they’ve forgotten about it?

I’m fed up. We need a roofer. And the temps are getting colder each week meaning we might have to wait ’til spring. Not good at all.

Also, stay tuned for the next edition of Ask Tom Tuesdays coming NEXT Tuesday!