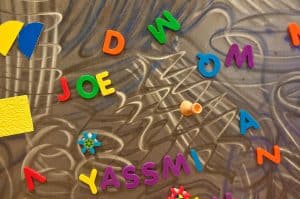 Let me be the one to tell you that it’s nearly impossible to recover from a major slip-up in front of 30 wide-eyed first graders. Calling a boy a girl by accident is nothing to joke about. You see, a few years ago, I came to France as a teaching assistant. Ah, fun times, my friends — but teaching in France is no joke! One day in front of a classroom of 7-year-olds, I made the mistake of calling one of the boy students a girl. Nope, I didn’t confuse the French word with another. I actually thought the student was female. And they never let me forget it!

Read on for more on my mortifying moments while teaching in France!

During my first week of teaching in France, I was still meeting all the students and decided to start with a game where I put the boys against the girls. When it was the girls’ turn, boys often raised their hands out of turn because they were anxious to play. So on the girls’ turn, I called on someone I thought was a girl. Here comes my snafu. This student had long hair, seemingly feminine features and a name that sounded like a girl’s name to me, Sofiane (kind of sounded like Sophie Anne to me).

I wasn’t on the up and up when it came to French names at that point.

Anyway, this student looked right at me when I said, “OK, now it’s the girls’ turn” (they know what that means in English) wildly waving his/her hand. So I called on this overeager student, and right away, the others started snickering. Uh oh. The class know-it-all informed me that the student I called on was indeed a boy. I tried to backtrack saying I thought it was the boys’ turn, but they saw right through my feeble attempts at trying to explain.

Well, KID, here’s some advice! If you don’t want this to become a recurring problem, let me make a few suggestions: 1) Don’t raise your hand when I say GIRLS! 2) Cut your hair 3) Don’t wear pink. I’m sure after that one, my face turned a nice shade of pink that matched his shirt, and now little Sofiane has gender issues. Or maybe he cut his hair! 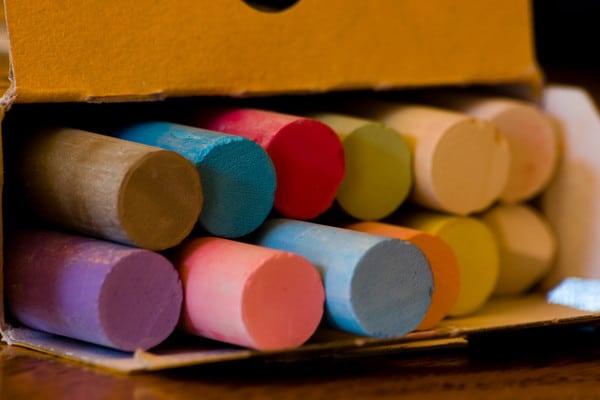 When I first started teaching in France, I was told I’d be observing. You know, as in just watching and lending a helping hand where needed but nothing too involved. Upon hearing that, I sighed a big sigh of relief. But not so fast… I knew things were going to take a turn for the worse when I was asked to present a few things about my life in New York. And then I watched the teacher walk out the door while texting on her cell phone. Dammit.

I ended up in front of the class fielding about 20 minutes of questions, rapid-fire style.

And sure, no big deal, right? They’re JUST kids.

Well, not sure if you’ve spoken with a kid lately, but they don’t enunciate or speak slowly for the poor foreigner. Their excited questions flew out in fast and super quiet French often with a hand covering their mouth or some other obstruction rending my brain completely useless. I was asked questions that really surprised me including “What do you think about Mexicans crossing the border?” I’m not joking. “Did you know Michael Jackson?” OF COURSE I did. Oh wait, no, not personally. And that’s when the crazy pop culture questions started to really throw me.

The hardest part, aside from comprehending the questions, was when the kids would pronounce American names with a French accent.

Words like Hannah Montana, Jonas Brothers, Las Vegas, Hollywood, and Disneyland left me staring back at them like a baffled fool.

Quoi? Qui? If I close my eyes, will I just disappear? Surely this isn’t what I signed up for. I felt like I was in front of a firing squad that just kept missing the kill shot. Anxiety was mounting…

At that time, I wasn’t used to hearing OH-LEE-VOOD and DEES-NAY-LOND French style. Mortified, I even embarrassingly had them write what they were saying on the board because for the life of me, I couldn’t figure it out. OH, you were saying LAS VEGAS. Nothing humbles you like a group of 7-year-olds! At that moment, I wanted to quit my new job of teaching in France — although things did get better from there.

Thankfully, all the mortifying moments of teaching in France are all behind me and I must say how much I’ve come to really respect teachers. Not an easy job!

Anyone out there have similar stories to share about teaching in France or elsewhere? Tell me below!

Throwback to 2009 when I was teaching in France

TAPIF reviews: Pros and cons of the Teaching Assistant Program in France

« A peek at a French marche
French vet costs and care: A big thumbs up! »