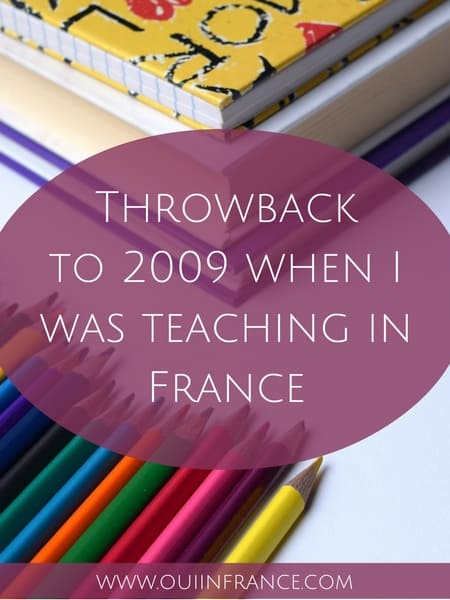 Back in 2009, I had a 7-month contract where I was an English language teaching assistant out in the suburbs of Paris (more on the program here). It was my first move to France and my French was intermediate. I had zero experience talking to French kids and was assigned to two grammar schools. My job was to assist the teachers with their lessons… except most of the time, they let me be the teacher. I wrote about it on my blog back then and recently read through some old posts. I smiled as I read this particular one that I’m sharing with you today. So let’s throw it back to 2009 when I shared some observations and what my first day of teaching in France was like…

Throwback to 2009 when I was teaching in France

Want to hear more of my story and how I ended up in France? Read this first >>

Yesterday was my first real day of classes. I was told that to start I’d just be observing Thursday and Friday. Observing as in just watching and helping where needed but nothing too intense and definitely not alone.

Well, that was NOT the case.

The teacher asked me to come up to the front of the 30-person class and do a Q&A — unassisted. I was the kids’ first American teacher and wow was I nervous! All eyes were on me.

I was asked to present a few things about my life in the US, our culture and the English language. But in reality, I wound up in front of the wide-eyed class fielding about 30 minutes of questions, rapid-fire style. That would have been fine if the questions were loud and slow with the teacher moderating, but the 9-year-old kids were so excited (and talked with a hand covering their face or with a pen in their mouth) that their questions flew out in fast and super-quiet French.

The teacher who was half paying attention would have to repeat the question for me at a regular volume and speed just so I could have a chance at comprehending what was being said. I was asked everything from “do you have a car?” and “do you have any pets?” to “what is your husband’s name?” and “did you know Michael Jackson?”

Some kids (remember, they’re 9 years old) even asked things like what do you think about Mexicans crossing the border?

The hardest part, aside from understanding the questions, was when they’d pronounce American names with a French accent.

Words like Hannah Montana, Jonas Brothers, Las Vegas, Hollywood, and Disneyland completely baffled me. I even embarrassingly had them write what they were saying on the board because for the life of me, I couldn’t figure it out. Hollywood with a French accent sounds like OLY-vood. Like to woo someone but with a v. And OLY as in holy without the “h”.

Yeah, practice that. I really had no idea.

But since it was English class and all, I had them repeat the names after me with an American accent and they were 100 times better. It’s just that they hear the French pronunciation on French TV and copy it perfectly. They’re like little sponges that soak up all the information and then repeat it the same way they hear it. So hopefully I can improve their speech a little because the teachers are not able to speak English well. At all. So that brings me to the teachers…

Everyone is cordial. They say bonjour, offer me coffee, and smile. But our relationship stops there. If we’re in the break room, they talk among themselves and don’t even try to involve me in the conversation. It’s strange because we’re supposed to be planning English lessons together but no one seems interested in that.

Keep in mind that they all can speak a little English (some probably more than they let on), but don’t try to use it. I think they’re scared of me.

Well, they’re scared of 2 things really: 1) Scared of speaking to me in French and risk me not understanding or 2) Scared of speaking English because their level is low or scared they won’t understand me when I speak to them in English. So because of those 2 things combined probably, I’m equivalent to an inanimate object in the room. I don’t exist. But it’s only been 2 days. So we’ll see if they warm up to me. I’ll try to break the ice and speak French to them. I’ll see what happens. I’ll keep you posted on the teachers… (Diane’s note in 2016: They never did warm up to me. ) 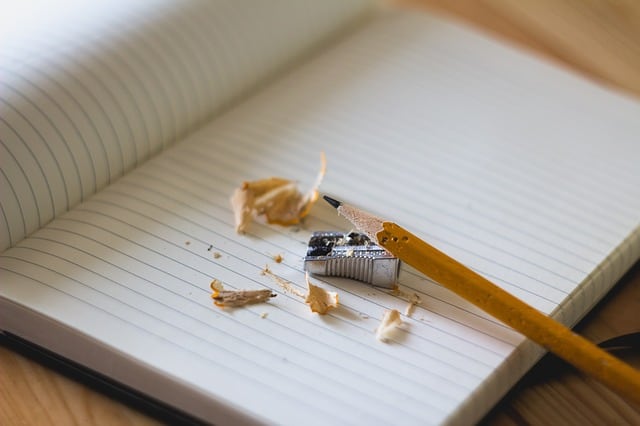 A few things about the kids:

At the end of one of my classes today after yelling at the rowdy kids for the umpteenth time, the teacher said to me, “C’est dur, non?” meaning it’s hard right? And I said, “No, not really, they’re just 8 and acting like kids!!” And then he said in English right in front of them (thank goodness they don’t understand), “I swear these kids have little devils in them!!” I kid you not! Poor kids!

What has your experience been like with French schools?

TAPIF reviews: Pros and cons of the Teaching Assistant Program in France

7 Little things that still confuse me about life in France