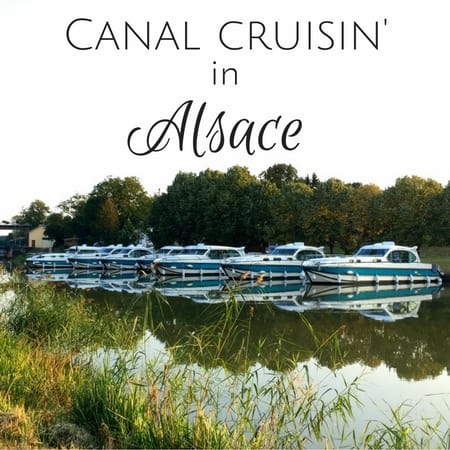 Hi there! Greetings from a very murky Alsace somewhere near Saverne, France! Tom, Dagny and my in-laws are on board a canal boat deep in the canals of Alsace and the Moselle this week, and while we got off to a rainy start, things are looking up! In the coming weeks, I plan on giving you all the details of our canal boating experience along with a few videos, but today’s post is a little intro to a canal cruise in France. 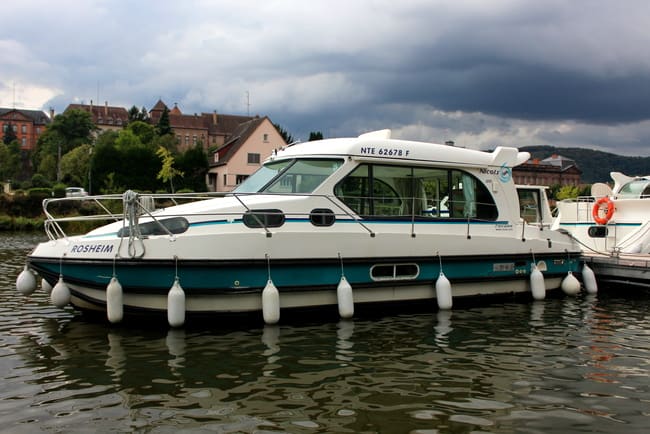 A few months ago, Tom and I were sitting at the dinner table talking about places to see in France and he brought up a France canal cruise. I wasn’t really familiar with the concept and thought he meant a big canal barge trip where someone else is the captain. He then filled me in on a company called Nicols and how they offer boat rentals all over France that don’t require a boating license. The boats are actually built not far from where we live so Tom knew all about the concept. It’s an interesting way to see an area, especially smaller towns off the beaten path, so we did some research and decided on Alsace.

Nicols has several bases in France and elsewhere in Europe. As I said, the boats do not require a boating license which makes this type of trip accessible to boat lovers everywhere. They’re fully equipped with refrigerators, little ovens, a stove, sink, bedrooms and bathrooms, etc. They even rent Wi-Fi hotspots for the week (using it now to type). You can also rent bikes to bring along once you’re in port if you’d like to go out exploring. The best part for me — and why we pursued this type of vacation — is that they allow dogs. We’ve seen so many other cruisers with their dogs as well. 😉

Here’s Captain Dagny at the wheel. 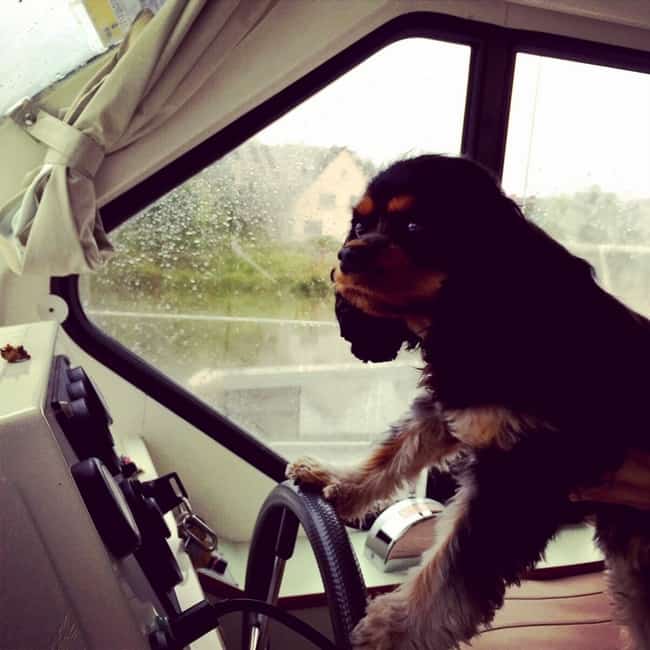 When you first get to the Nicols base before your trip, they give you a big binder with suggested routes and all the info you need along with a little training session to go over everything before you depart. Then it’s up to you to pick your stops and either dock in a port or moor up in nature somewhere. You can cover as much or as little ground as you’d like. If you want to completely unplug and chill, you can do that or you can head to larger ports and spend time in town. A canal cruise in France is full of options. 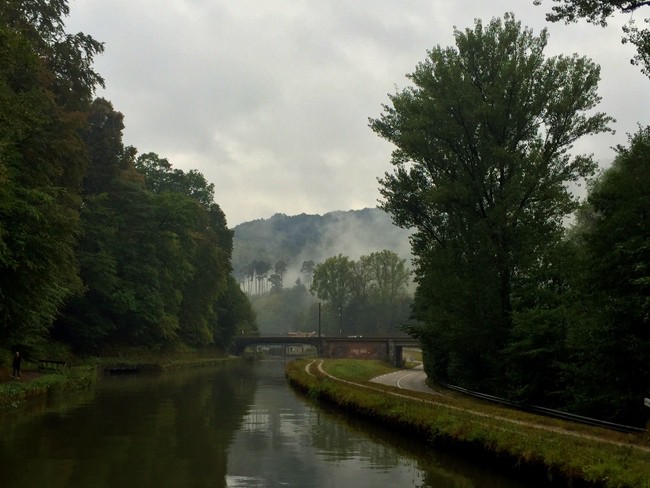 We got off to a murky start earlier in the week in Saverne where it was drizzling. Look at that fog! 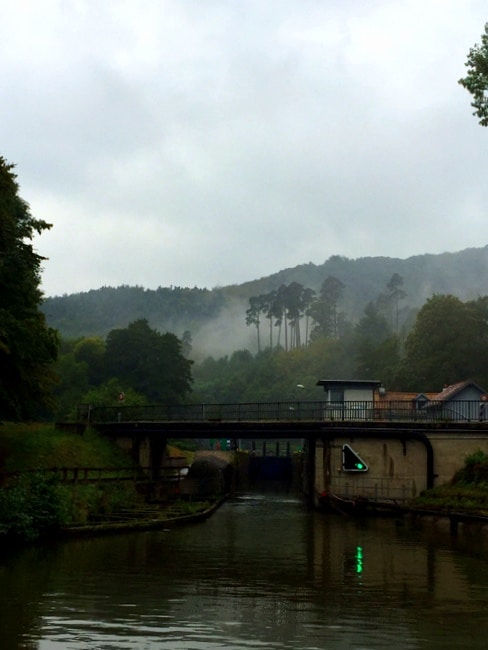 As you would expect, there are locks along the way and they’ve been entertaining to say the least. The first one we tackled was in the rain so luckily we didn’t have an audience.

If you’re not familiar with locks, basically the canals are at different levels so you need to either raise the boat up or down to head into the next stretch of canal. You pull your boat in, shut the doors and then let the water in or out. To do this requires several people if you’re beginners. One to guide the boat in and then ideally two others to handle the lines to keep the boat steady as the water level changes. We haven’t encountered any lock keepers to help.

There will be LOTS more to come on the locks. We will have done about 30 or 40 by the end of the trip. At first, we were overthinking it, but once you do one, you get the hang of them pretty quickly.

OK, leaving it here for now but will have more canal cruise in France posts for you soon.

Have a great weekend everyone! Over and out from the boat. 😉 Have you ever gone on a canal cruise in France?

What to know about boating vacations in France: Our Alsace canal trip