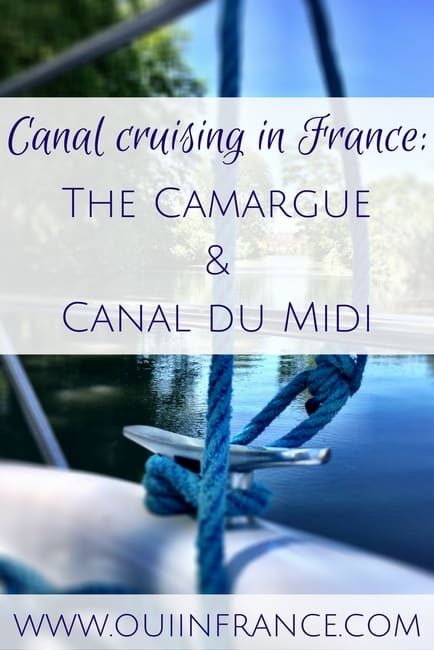 The landscapes of France are incredibly diverse. Nature lovers, beach bums, bird watchers, hikers, and all types of travelers can lose themselves in what France has to offer. On my quest to see more of France, we decided to head south to a region we had never visited. We invited my parents and in-laws on our second canal boating trip for a Canal du Midi cruise along the Mediterranean and the surrounding canals.

Last time we went east to Alsace. This time, we headed south to the Camargue, and from there, headed west ending up in the Canal du Midi aboard a Nicols canal boat. No special training or boating licenses are required making this sort of Canal du Midi cruise accessible to everyone who wants to experience France from the water. As expected, the French canal cruise trip was incredible!

I’m going to be covering our trip in a series of posts because it’s way too much to write about in a single post. This first post will be the overview of our trip.

As you might already know from my posts on social media, both of my parents were able to join us along with Tom’s parents, and of course, our dog, Dagny. The weather cooperated pretty much the whole trip with temps in the 70s the whole week (except for one afternoon very late in the day).

The ports along the way were gorgeous and lively and we had no trouble stocking up on food every other day and getting fresh bread. I don’t know if it was the fact that the whole family was together or maybe that we lucked out with the weather, but the trip felt magical and the week on the water was a much-needed respite for all involved. 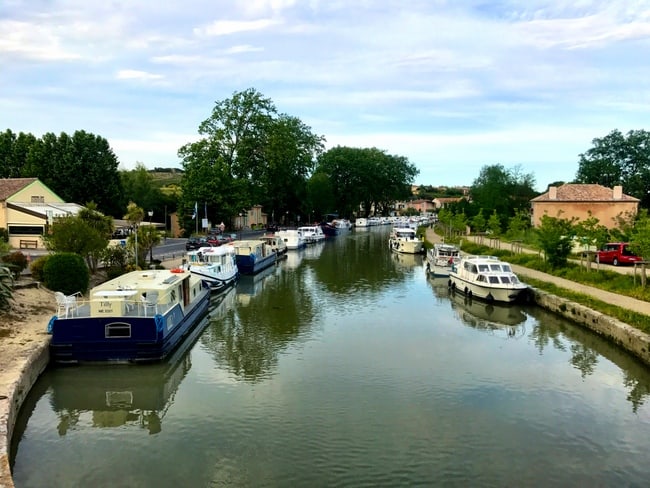 The basics about Nicols & the canal boating experience

As I mentioned, this was our second canal trip aboard a Nicols boat and I can’t say enough about how unique (and fun!) the concept is. Before Tom told me about this type of trip, I had no idea you could even do a self-drive French canal cruise!

Coincidentally, Nicols is based not far from where we live, hence the reason why Tom knew a bit about them. The French company was founded in 1986 and quickly became known for their high-quality line of boats as well as their canal vacations.

All of the boats are 100% made in France, and depending on the size, can accommodate 2-12 people. Nicols has 24 bases in France, Portugal and Germany providing a variety of Europe canal cruise experiences depending on what you’re after. You can rent a boat for the weekend, a week, or even two weeks! 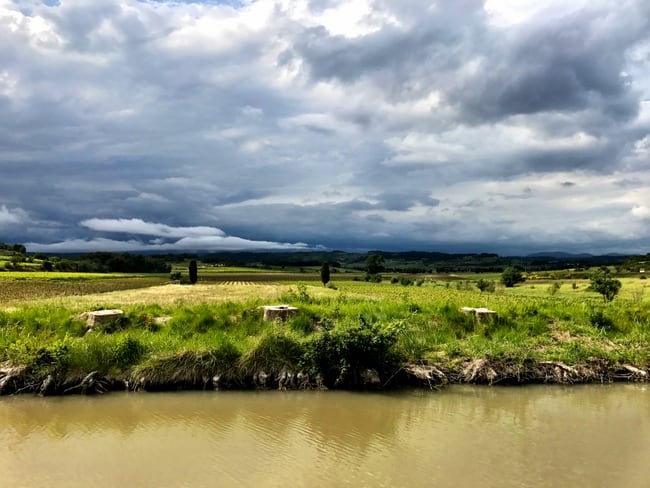 So what is the French canal cruise experience like?

Simply put, the boat is your hotel and car for the week. You sleep, shower (in real showers!), and cook on board and have a full kitchen with a stove/oven, sink, stand-up fridge and freezer and all the utensils and dishware you need.

The boat is also what moves you down the canal. This post is titled “DIY Canal Cruise'” because you’re in control of where you stop and for how long.

If you want to bypass a certain port, you can do that. Have friends near another port and want to stay 2 nights instead of 1? Not a problem at all. It’s your trip, so you can plan it out however you’d like. Just make sure you’re at the destination port when the trip is up.

Keep in mind that Nicols boat rentals do not require a special boating license for a Canal du Midi cruise or in any of their locations, so anyone with a desire to do this kind of trip can rent a boat — no experience required! You’re the one to drive the boat, navigate, dock, etc. The boat’s max speed is 8 km/h, so everything is slow and controlled.

It’s actually a lot easier for a newbie than it might seem. I was a tad apprehensive our first time, but my worries were unfounded. Nicols goes over boating maneuvers and safety procedures and makes sure you understand everything before you depart. I’ll be doing a post entirely on that topic, so stay tuned. Really, even if you have limited boating experience, you can do this. 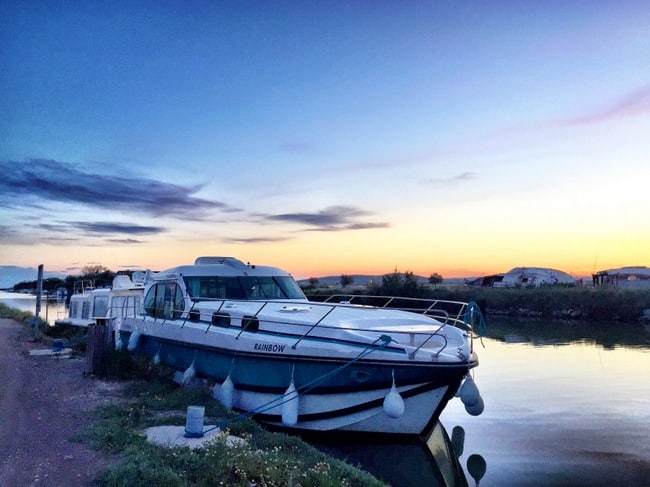 The boat we had was a Nicols Estivale Octo, which can sleep 8 people (although it’s more comfortable with just 6 and a dog). It had 4 cabins that each slept 2 people, 2 bathrooms with a regular toilet and shower, a well-equipped kitchen, and plenty of storage.

Unlike the bathrooms on our last boat, this boat was a bit newer and had “real” showers with actual shower cabins. The doors closed and the removable shower head with good water pressure was a major plus. The bathrooms even had a towel rack that doubled as a towel warmer for chilly mornings! Nice touch, right?

Even with 6 people who showered daily, washed dishes, used the toilet, etc., we didn’t have to replenish the boat’s water tank. Fuel lasts the entire trip as well so you don’t have to worry about stopping for gas. While cruising, there’s more than enough space for people to sit up front in the sun (see the little table?), hang out in the back or even inside on one of the benches up near the captain.

The details of where we cruised

I purposely did not spend much time researching the destinations before our trip because I wanted to discover everything for the first time in real time. Aside from driving directions and a quick look at the map, I kept my googling to a minimum.

Sometimes expectations get in the way after you’ve read articles about places and viewed others’ photos on Instagram. I knew a little bit about where we were going, but I saw everything for the first time with my own eyes in person — and I’m so glad I approached the trip this way. 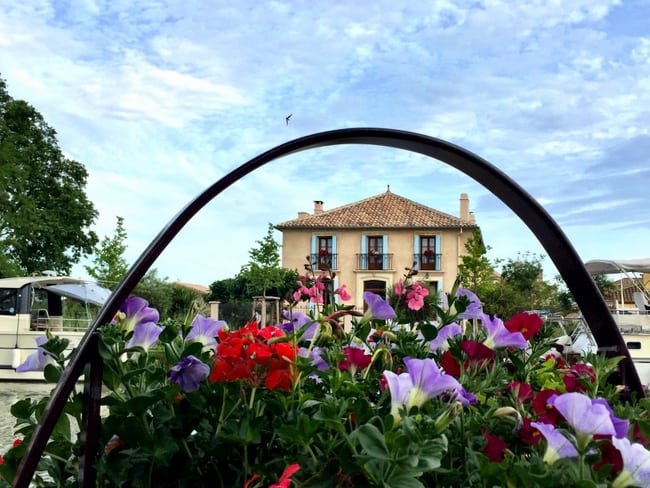 All of the lively little towns were spectacular in an old-town France kind of way. The villages were, for lack of a better word, charming. Visiting France tends to make one overuse that word. 😉

Beautifully blooming flowers and brightly colored houses greeted us at almost every stop and vineyards stretched for as far as we could see. Restaurants along the canal all boasted locally sourced menus, not to mention fresh fruit and bread were easy to come by.

While docked, we walked around the towns, did a couple of wine tastings, visited local markets and shops, dined at waterfront restaurants, and thoroughly enjoyed our new surroundings. I even went jogging along the Canal du Midi, which has a nice footpath alongside it in many places. 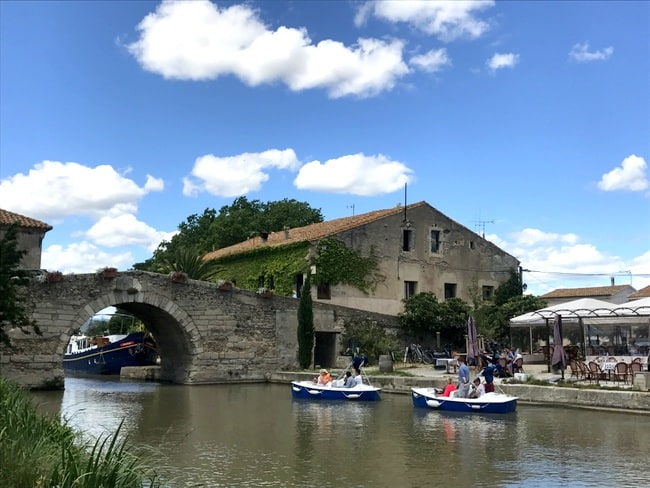 So where did we go on our Canal du Midi French canal cruise?

Our one-way canal cruise started and ended on a Saturday. We started at the Nicols base in Aigues-Mortes, which is in the Camargue, and headed west over the course of the week to end up at another Nicols base in Le Somail, which is along the Canal du Midi.

We made stops in: 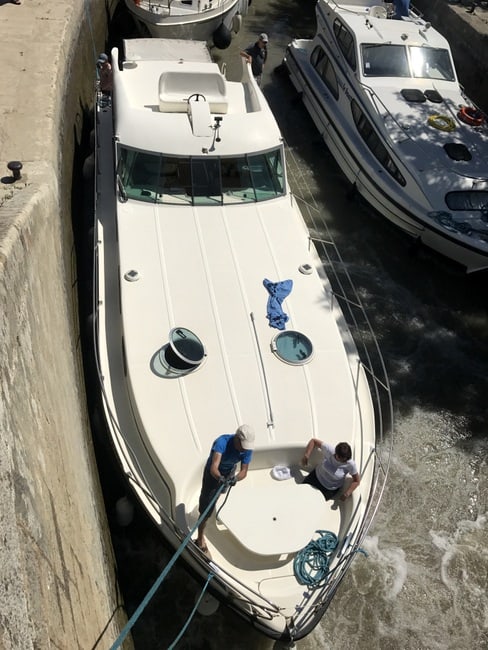 Number of locks: 14, but one was a “ladder” with 7 small locks in a row. We did 46 on our last trip, so 14 felt like nothing! (you can read more about locks and see a quick video here)

Level of difficulty: Easy route overall. We used the detailed guide to navigate. This route has lots of open space especially during the first half of the trip before you enter the Canal du Midi. There are minimal locks and they all had lock keepers to direct you. There were many areas to dock in nature and only moderately busy ports.

Who are the other people on the canal?

Many of your neighbors in port will be tourists just like you who have also rented a canal cruise boat for the week. Some people are on their own boats for months at a time discovering France and others are on day trips. There are also large chartered barges that you’ll see passing by.

The majority of the people we met on the trip were European including German, Swedish, British, and of course French. Some boats can accommodate up to 12 people so you’ll see multi-generational family trips including young children, smaller boats with just a couple or two, girls’ or boys’ weekends, and more. Many people we saw cruising this time of year were of retired age but we encountered a fair share of younger folks on vacation as well. 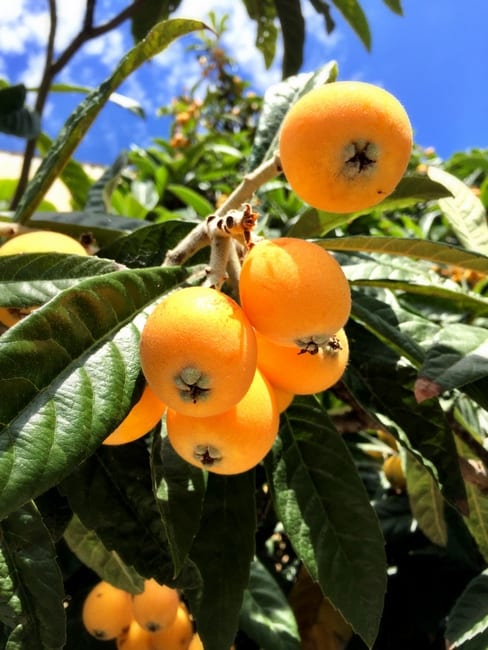 I want to hear from you!

I’m going to write more specifically about the whole “no experience required” side of a French canal cruise since it’s the top question I’ve gotten and would love to answer any other questions you might have.

Please comment below or email me with any questions about canal cruising and I’ll cover them in an upcoming post!

Have you visited the canals of France? Ever done a Canal du Midi cruise like this? Would you? 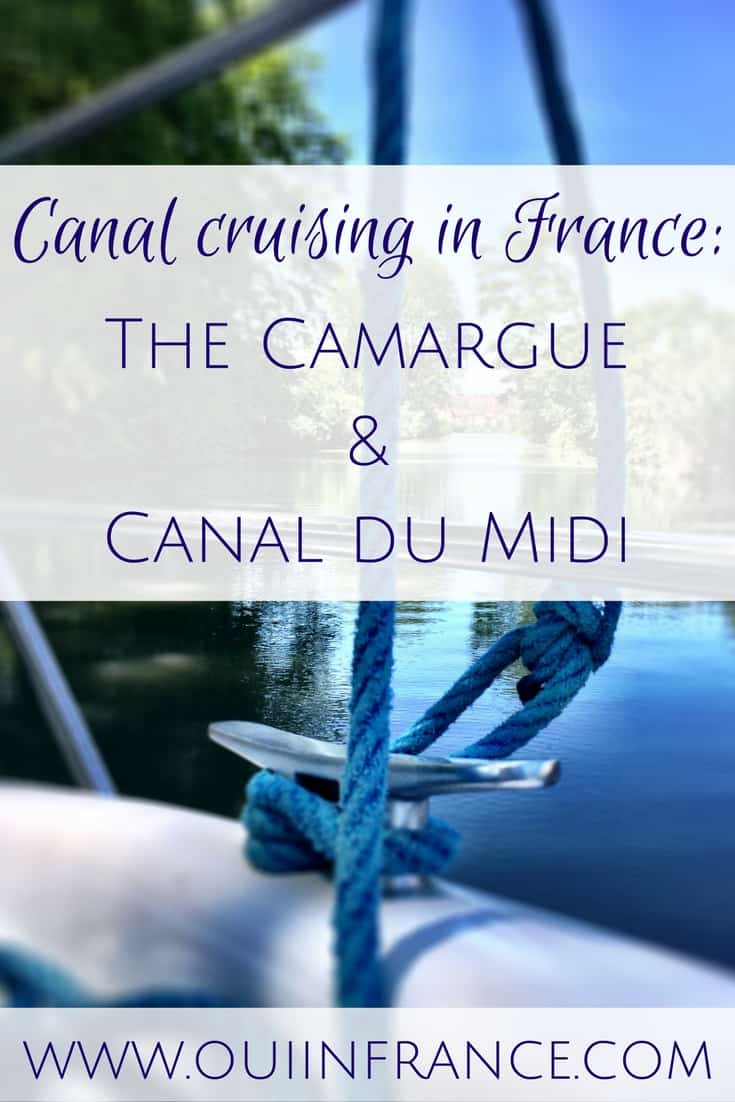 « 8 Paris travel tips to get the most out of your trip
Can a beginner handle a DIY canal cruise boat? My honest thoughts »