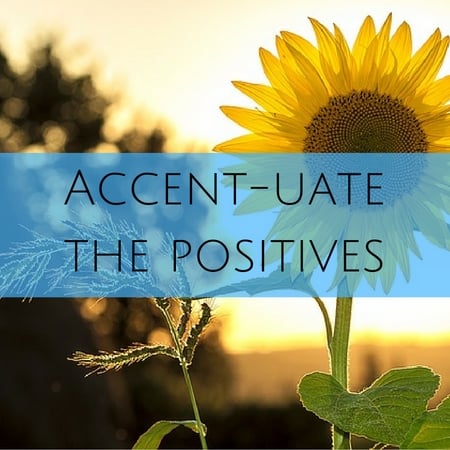 Hello there, longtime reader/commenter Catherine of Taste of France contacted me a little while ago about writing a guest post for Oui In France and today I’m posting it for you. I’m currently in the east of France with Tom, Dagny and my in-laws, so please enjoy her post on accents below in my absence and show her some love in the comments.

Take it away, Catherine…

After 20 years in French-speaking Europe, I still have a horrible accent. How bad?

You know that movie, French Kiss with Meg Ryan and Kevin Klein? In the original, Kevin Klein speaks English with a caricature of a French accent. If you listen to the movie in French (try it, if you have the DVD), he speaks perfectly normally, but Meg Ryan speaks French with a caricature of an English accent. Voilà. Or listen to this hilarious ad for British biscuits. That’s what we sound like to francophones.

Just to get you more depressed, you should know that babies cry with an accent. In this report, you can hear the crying of French babies and German babies. How can we change something that we acquire in the womb?

One key is good pronunciation.

In one French class, we used Exercises in French Phonics by Francis W. Nachtmann. It’s a great book that breaks out sounds and how they show up in different words. If there’s one thing about French, it’s that certain letters or combinations of letters always sound the same.

The flip side of the anglophone accent in French is the amazing variety of accents just among French speakers.

The movie Bienvenue Chez les Ch’tis illustrates the differences between the south and the north. Though Kad Merad (playing the guy from Marseille) doesn’t really roll the r’s like some folks.

Down here in the south, folks not only roll their r’s extra hard, but they also add a syllable to the end of each word: école (school) becomes école-ah. Piscine (pool) becomes piscine-ah. When they do that to many consecutive words in the same sentence and roll all their r’s to the max, even native French speakers (from farther north) get lost.

Check out this clip after some flooding in the south. The woman at 52 seconds is incomprehensible unless you’re accustomed to the accent.

This wonderful clip gives a few words or phrases from different regions of France. You get a very different feel — the sentences have different music.

A different French teacher advised that the French don’t speak; they sing. She encouraged us to trill along, to say “bonjour!” in a singsong. I tried it on a trip to Paris soon after that — and it worked… so well that my French at that time wasn’t able to keep up.

Yet another French teacher, this time in Europe, tried to correct one of my many faults, saying “c’est adorable, mais c’est pas comme ça.” The light bulb went on — my faults endeared me to the locals!

In other words, don’t sweat it—the locals aren’t snickering over your accent; they’re drooling over it.

Hope you enjoyed that! Thank you, Catherine! Check out her blog Taste of France here.

« When your site gets hacked
Intro to canal cruisin’ in Alsace »